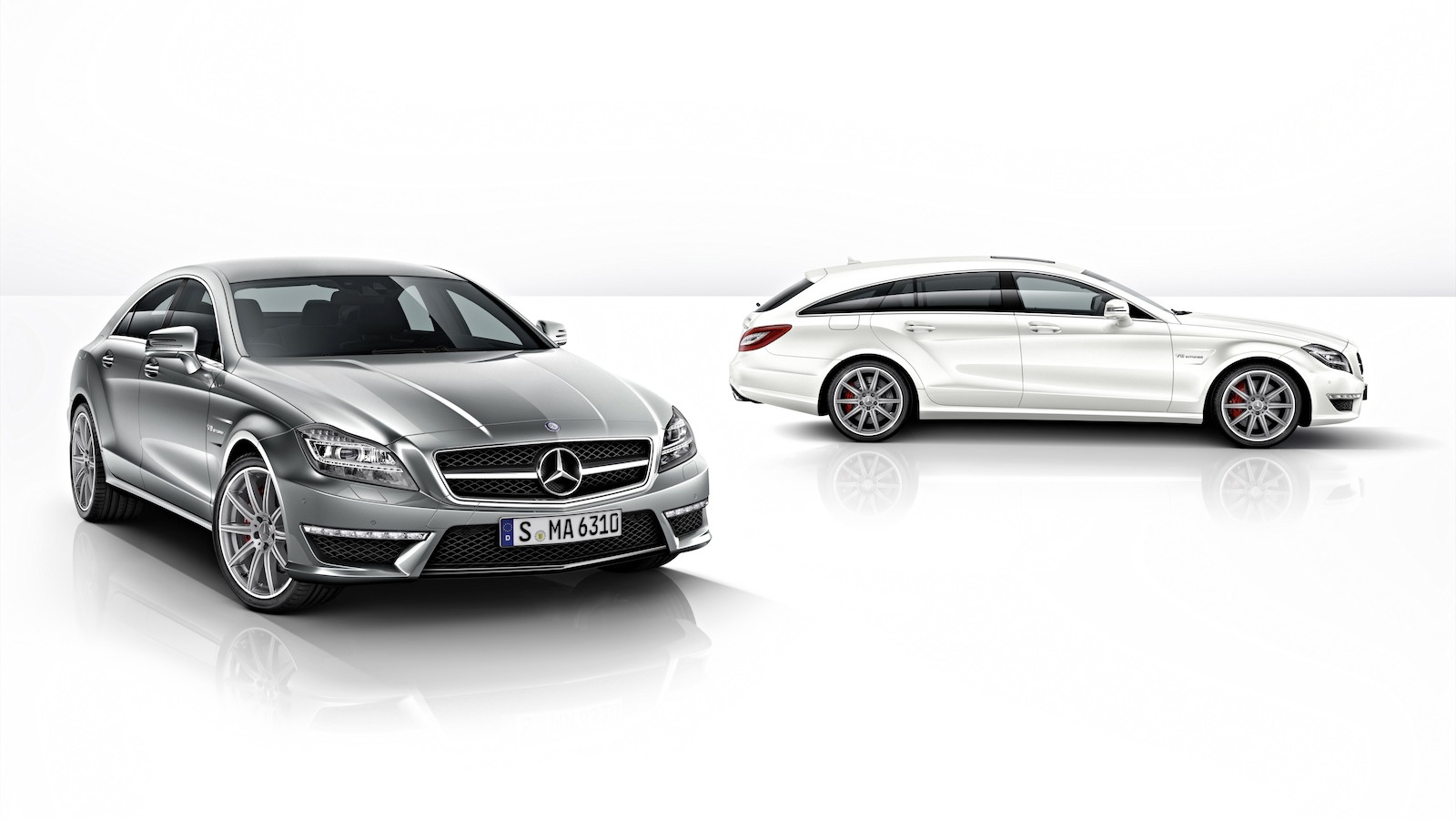 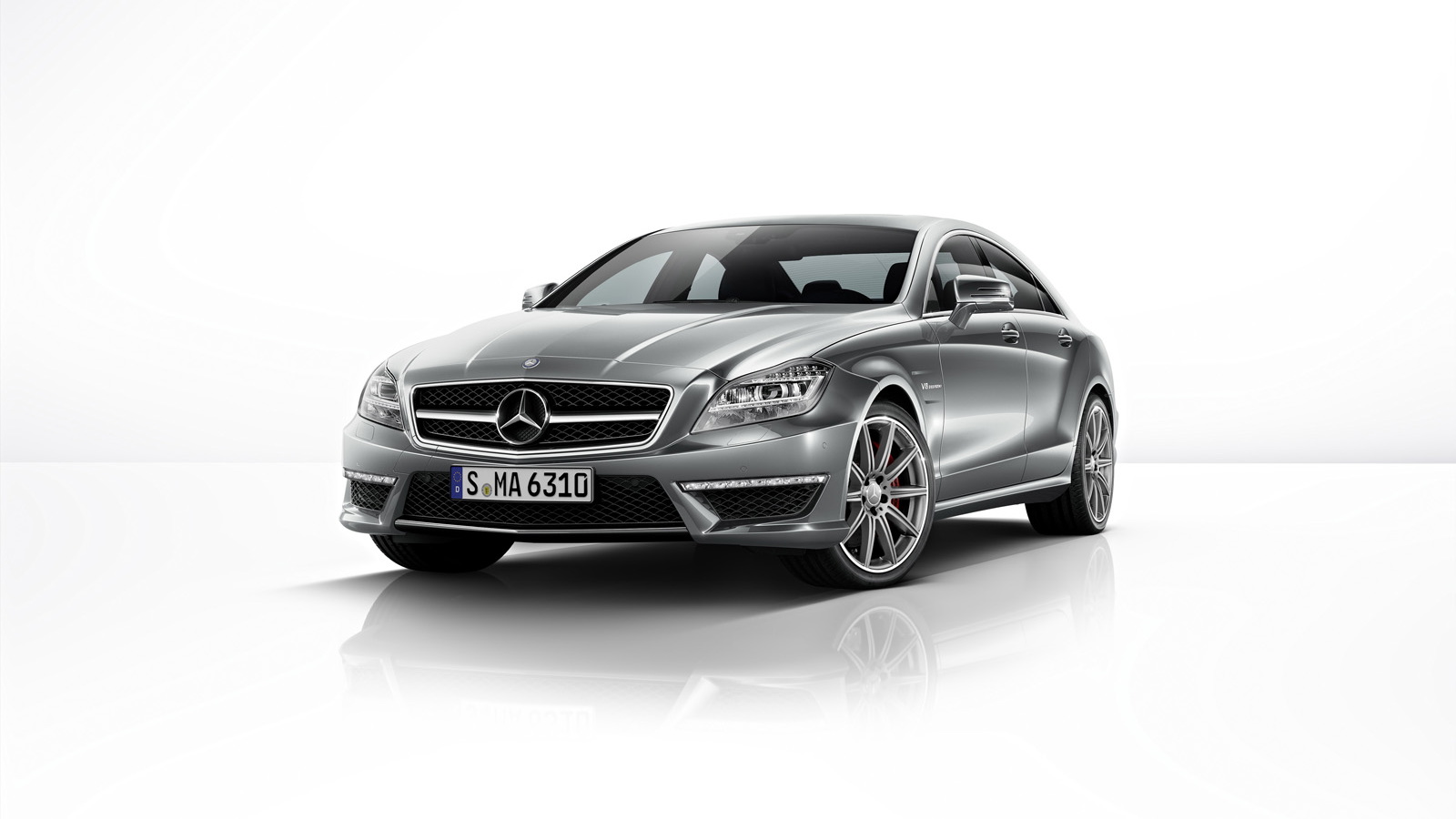 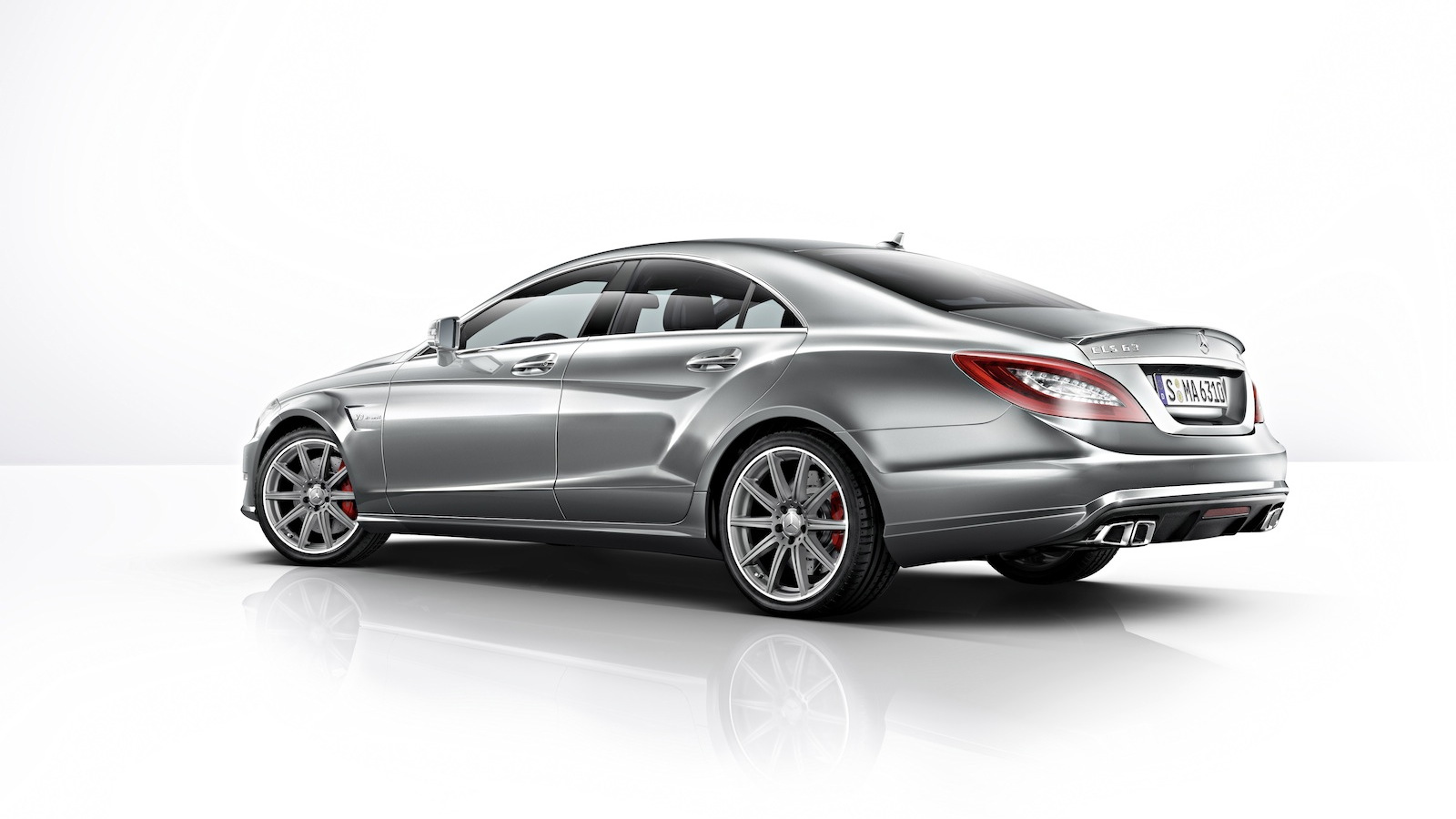 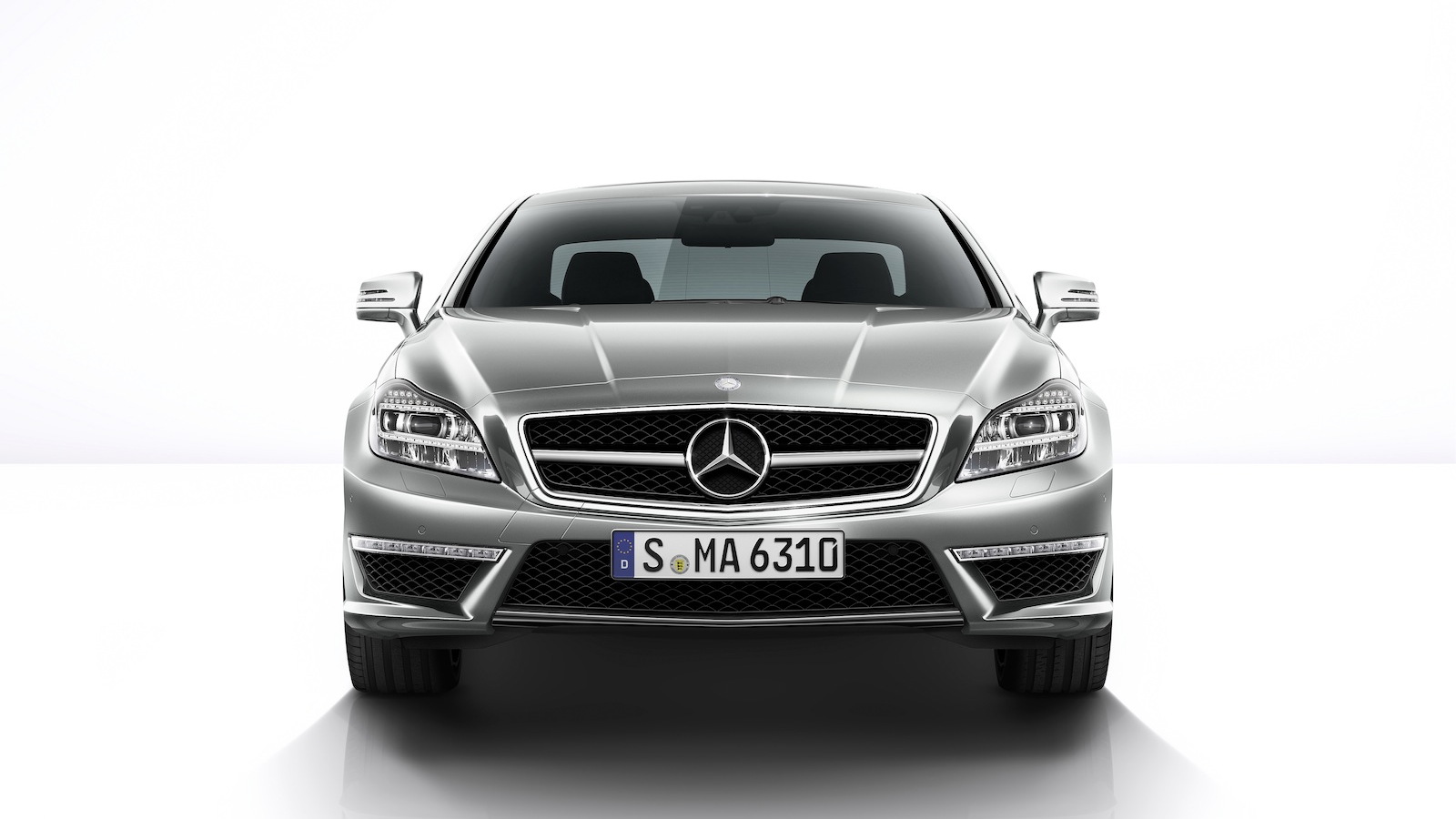 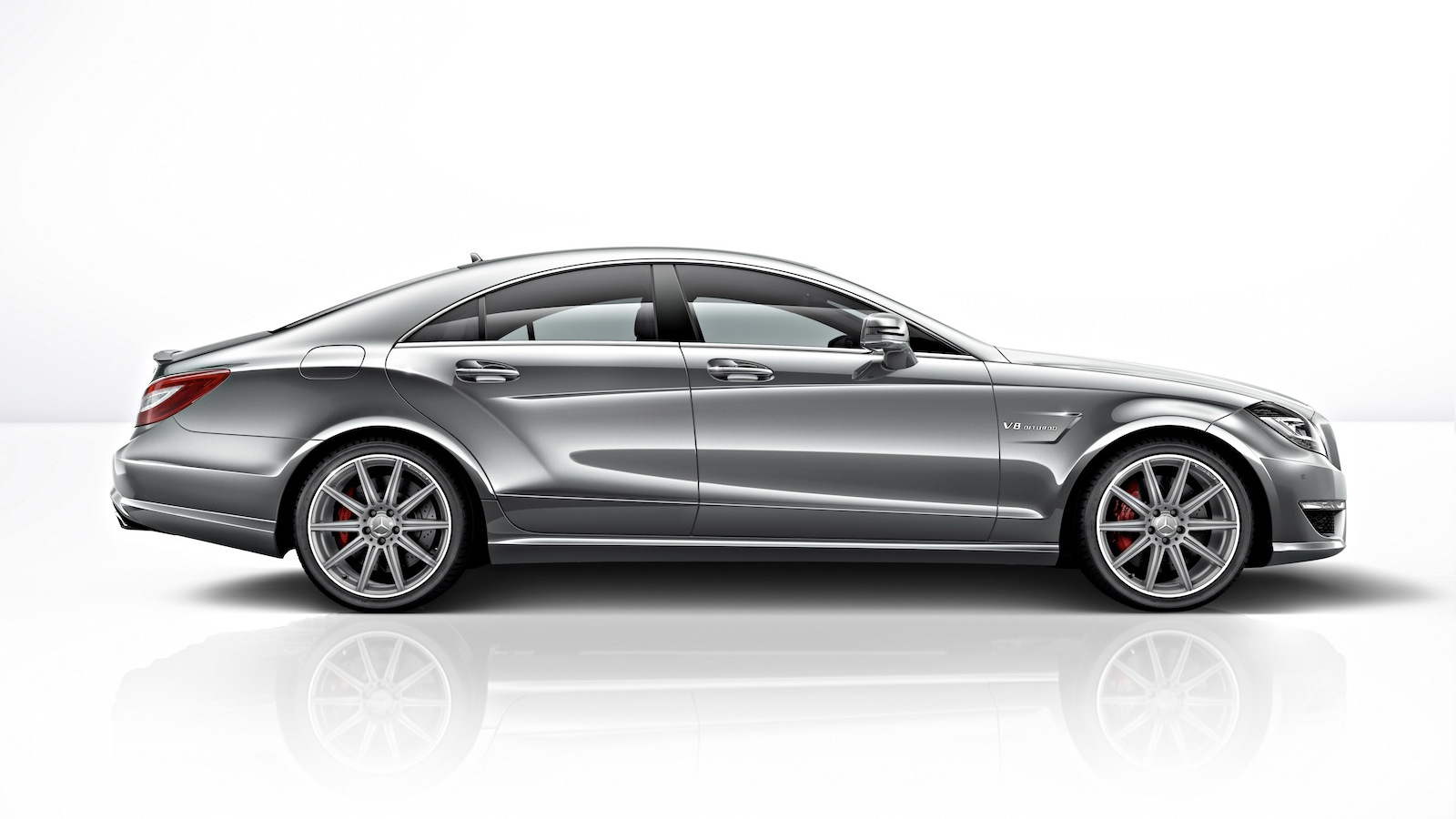 16
photos
Following the announcement that 2014 Mercedes-Benz E63 AMG models would include a higher-performance S variant and would come standard with 4Matic all-wheel drive (in the U.S., anyway), Mercedes-Benz has adopted a similar strategy for its CLS 63AMG range.

Available in four-door Coupe and Shooting Brake variants (the latter only overseas), the new CLS63 AMG range now offers a higher-performance S-Model, which comes only with 4Matic all-wheel drive.

The 2014 CLS63 AMG S-Model uses the same biturbo 5.5-liter V-8 engine found in other CLS63 models, but with a different tune and higher boost to create 585 horsepower and 590 pound-feet of torque. That’s good enough to get the S-Model Coupe from 0-60 mph in just 3.5 seconds.

Standard CLS63 AMG Coupe and Shooting Brake models are rated at 557 horsepower and 531 pound-feet of torque, which is sufficient for a 0-60 time of 3.7 seconds in the 4Matic Coupe. The rear-drive version (likely to be excluded from the U.S. market) is slower, taking 4.2 seconds to reach the same speed.

The sole transmission option across the product line is a seven-speed AMG Speedshift MCT-7, which includes “Controlled Efficiency,” “Sport,” “Sport +” and “Manual” modes. In  “Controlled Efficiency”  mode, the CLS models include a start/stop function, and shift logic is calibrated to optimize fuel efficiency.

All S-Model variants come with the AMG Ride Control suspension and a rear-axle differential lock to maximize traction (which further explains why the rear-drive cars are slower than the AWD versions). Optional AMG ceramic brakes are available for owners who demand the best braking performance regardless of cost.

Other options across the product line include a Bang & Olufsen BeoSound audio system and a designo American cherry wood floor for Shooting Brake variants. Rear-drive CLS models are expected to debut in Europe this April, with 4Matic and S-Model versions following in June. Look for pricing details closer to the car’s U.S. launch this summer.