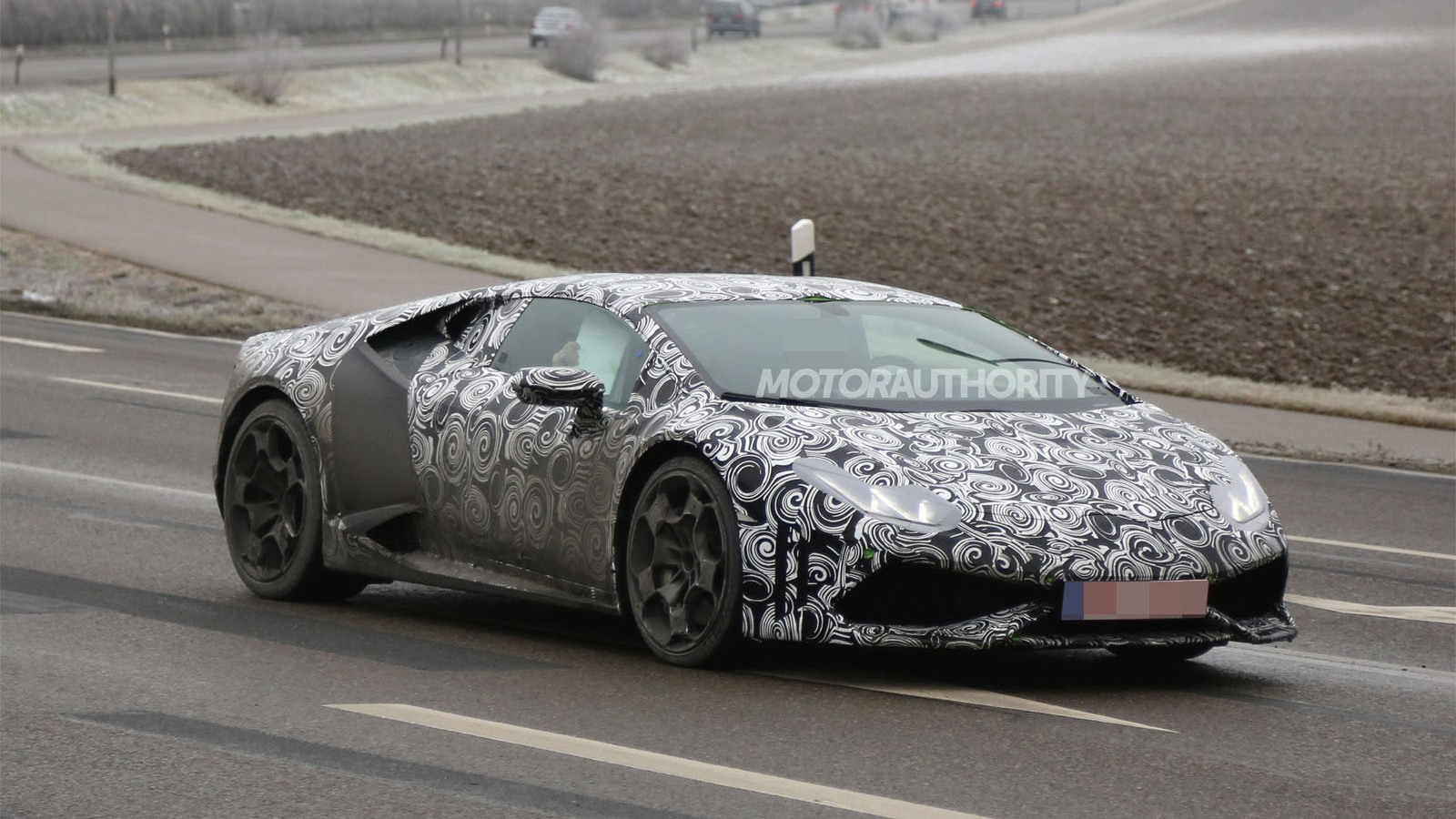 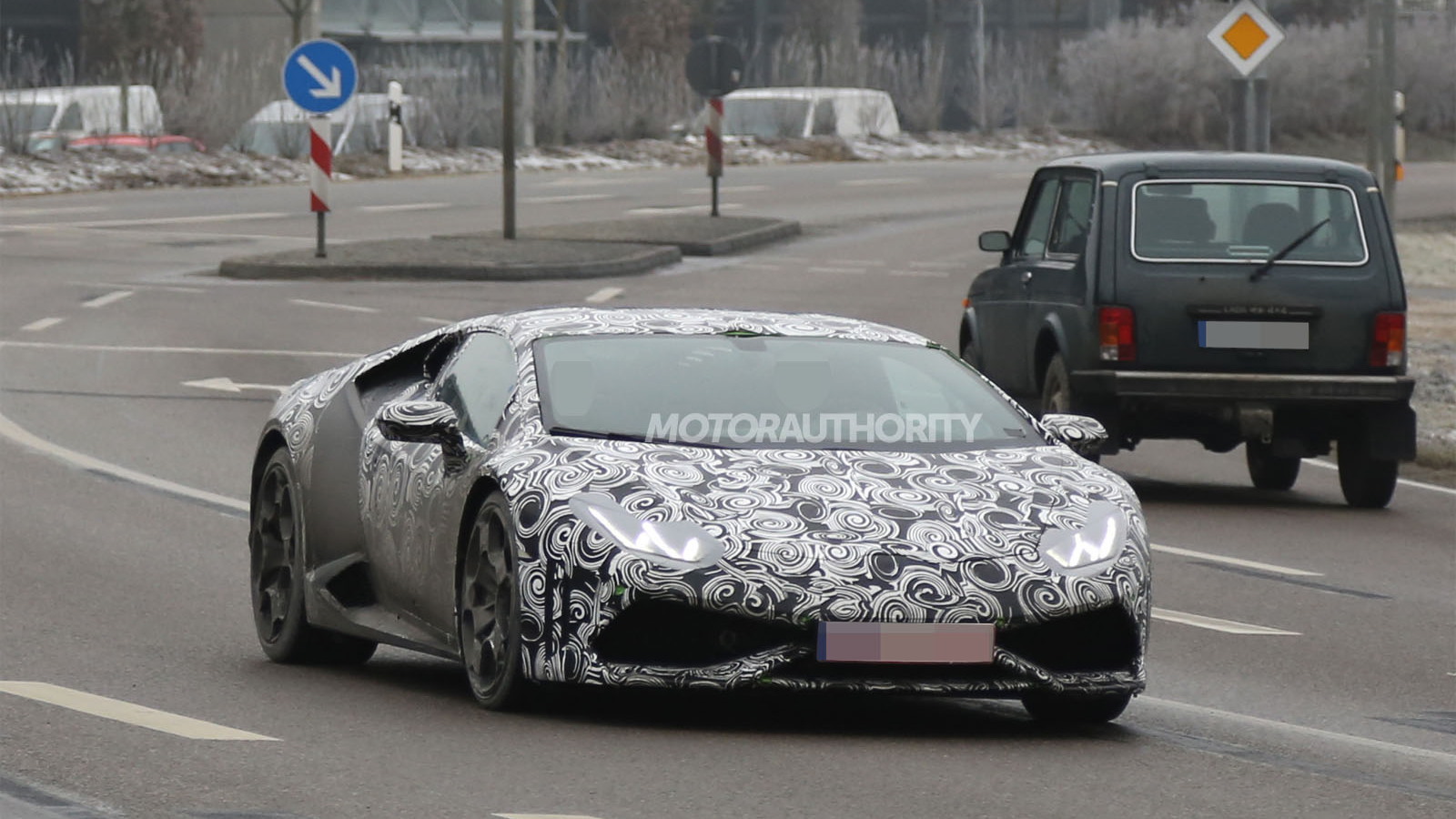 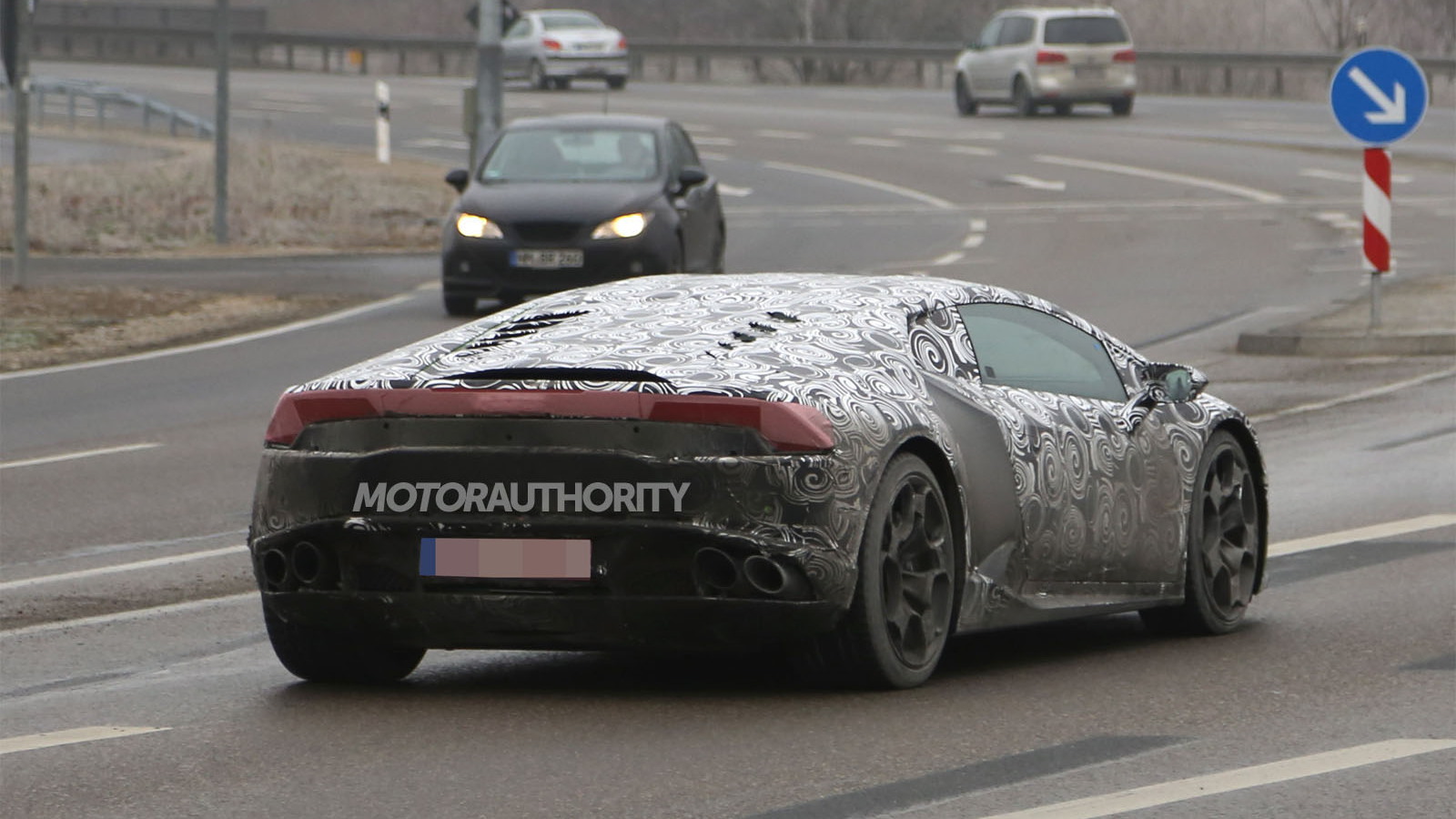 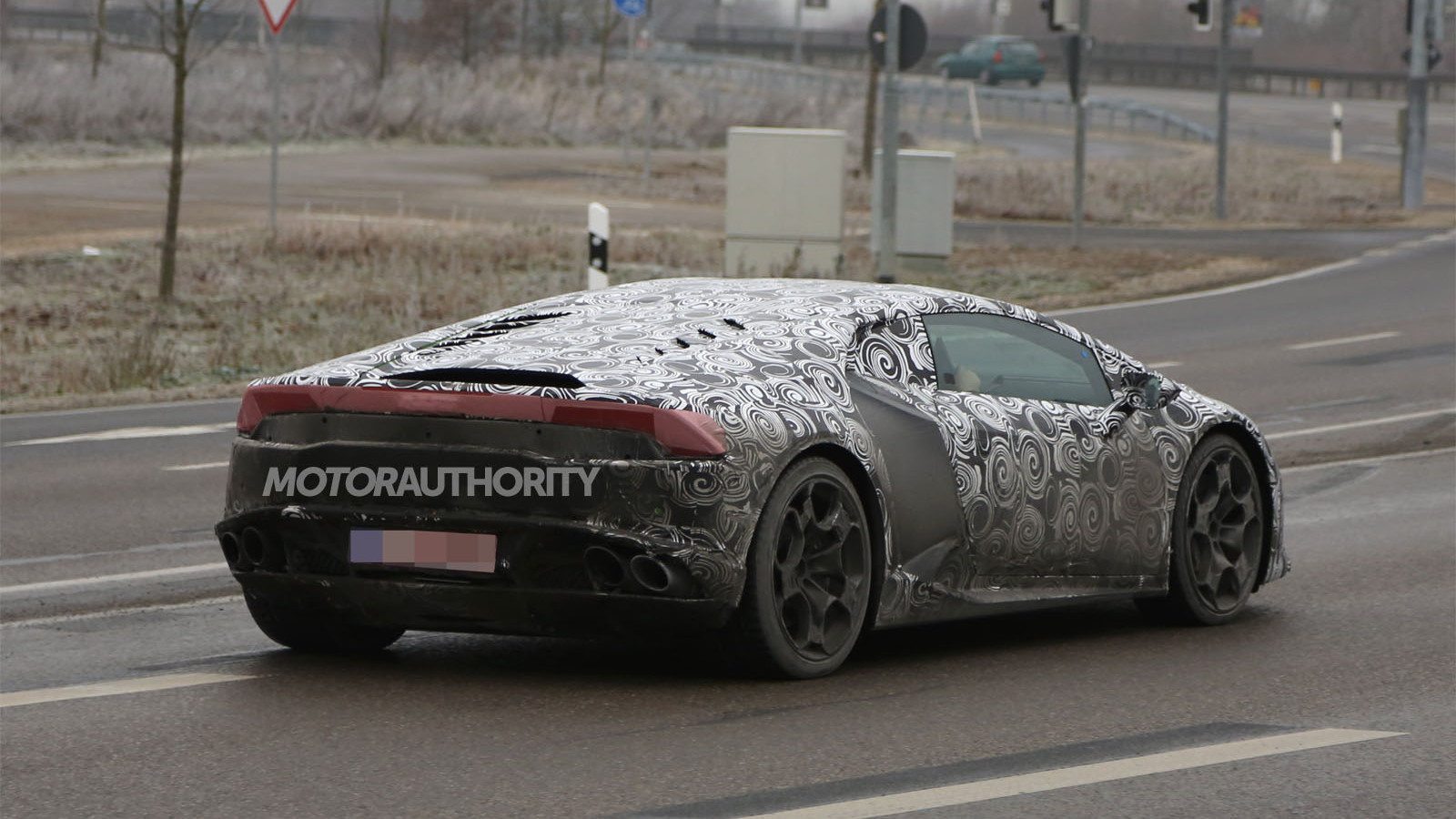 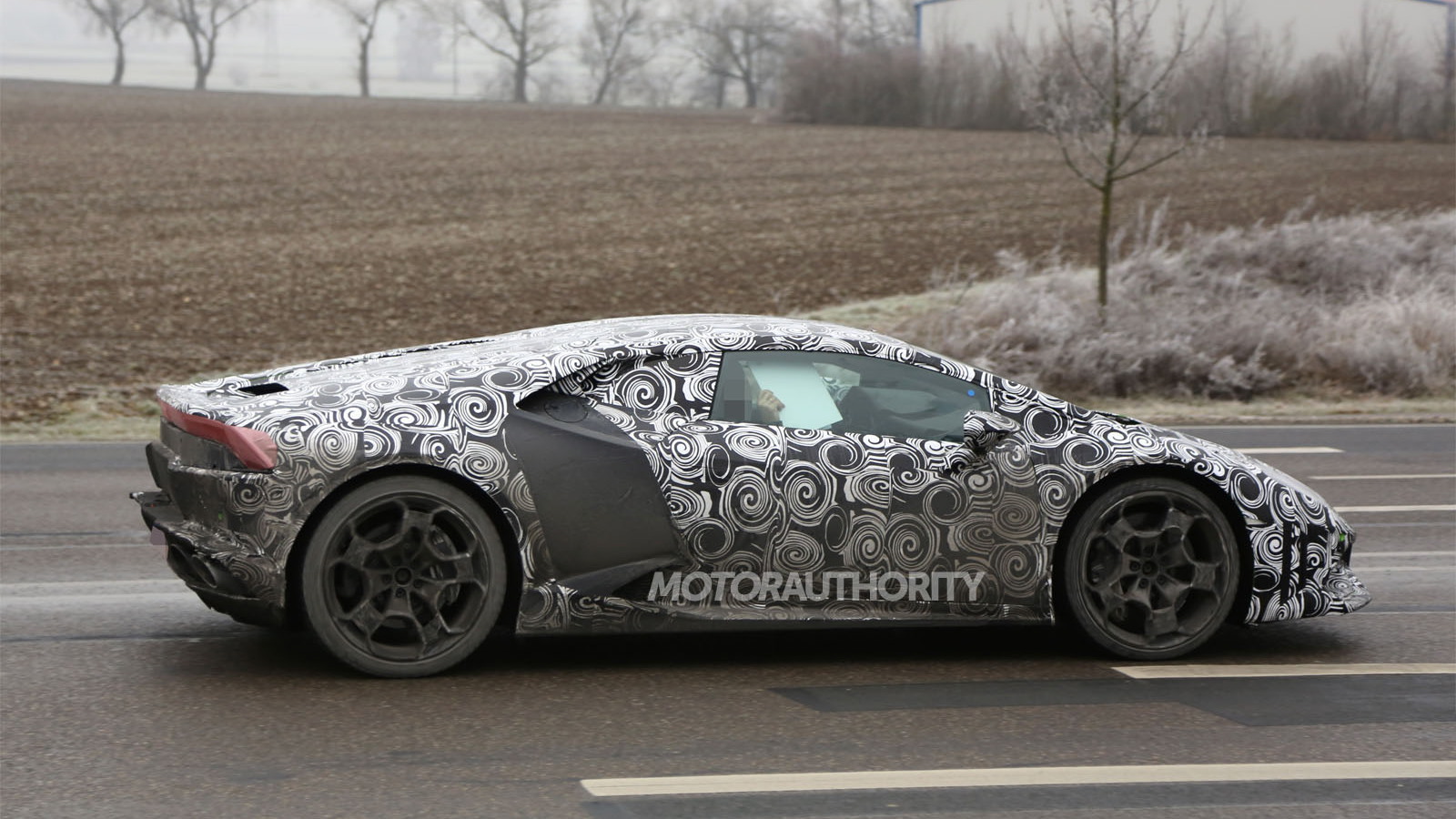 47
photos
The Lamborghini Gallardo has lived a very long life, first hitting the streets a decade ago in 2003. It's due for a replacement, and this is it: the Huracan. Or is it the Cabrera? We'll know for sure soon enough.

Huracan is the current best guess at the Gallardo replacement's name these days, though not so long ago, Cabrera was the expected title. Whatever it's called, it's shaping up well.

We've glimpsed the car before, including through the eyes of others, and even been teased--without seeing the car--by Lamborghini itself, but with this latest look at the car, the image of how it's coming together is getting clearer.

Previously spied in testing on the Nürburgring, the Gallardo replacement appears to be taking proportions and themes from the Aventador--an unsurprisingly design path, and one supercar buyers are likely to appreciate in droves.

Like many other Italian cars, Lamborghinis are often known not only for their incandescent personalities, but for their willingness to burst into flames. In recent spy shots, we can see the Huracan/Cabrera is not burning, but it is shooting hot blue fire from its tailpipes.

The latest photos also include our first glimpse of the interior as well as a new set of air intakes along the sides of the car (both visible in the gallery above).

Designed to fill the entry-level slot in Lamborghini's supercars-only lineup, the Huracan will likely sport an updated version of the 5.2-liter V-10 engine found in the current model, with output increased to about 600 horsepower, indicating a likely tag of LP 600-4 appended to its name.

All-wheel drive will, of course, be standard equipment, though rear-drive models, as seen with the Gallardo, may continue forward, too. The most welcome change to the car's mechanical configuration is likely to be the expected replacement of the archaic and clunky e-gear automated manual with a modern seven-speed dual clutch transmission. No manual transmission version is likely.

As for the structure of the Cabrera itself, it's likely the new car will be built largely of aluminum, with carbon fiber and other composites used in key weight-saving locations. It will be a multi-material design combining aluminum and carbon fiber and perhaps even some fiberglass to make a structure that’s almost as sturdy and light as a full carbon structure, but significantly cheaper to produce. This chassis is to be shared with a second-generation Audi R8, due approximately one year after the launch of the Gallardo replacement. Given the side-blade-like placement of the camouflage along the sides of the Huracan in the latest shots, it's not too hard to imagine how the next R8 might look.

We expect more details and spy shots to emerge over the next year as the Gallardo's replacement readies to take its spot in the Lambo lineup late in 2014 as a 2015 model.