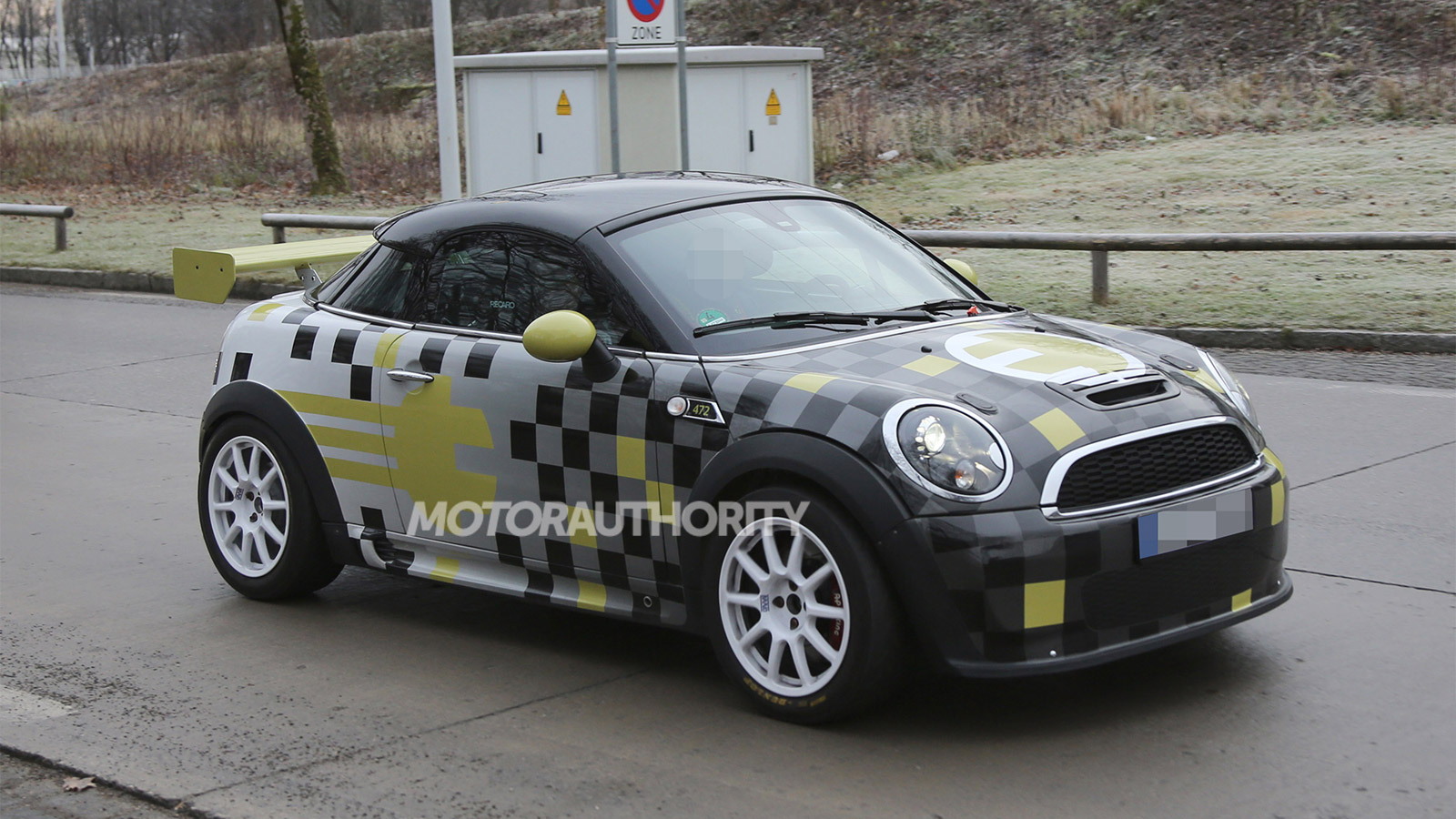 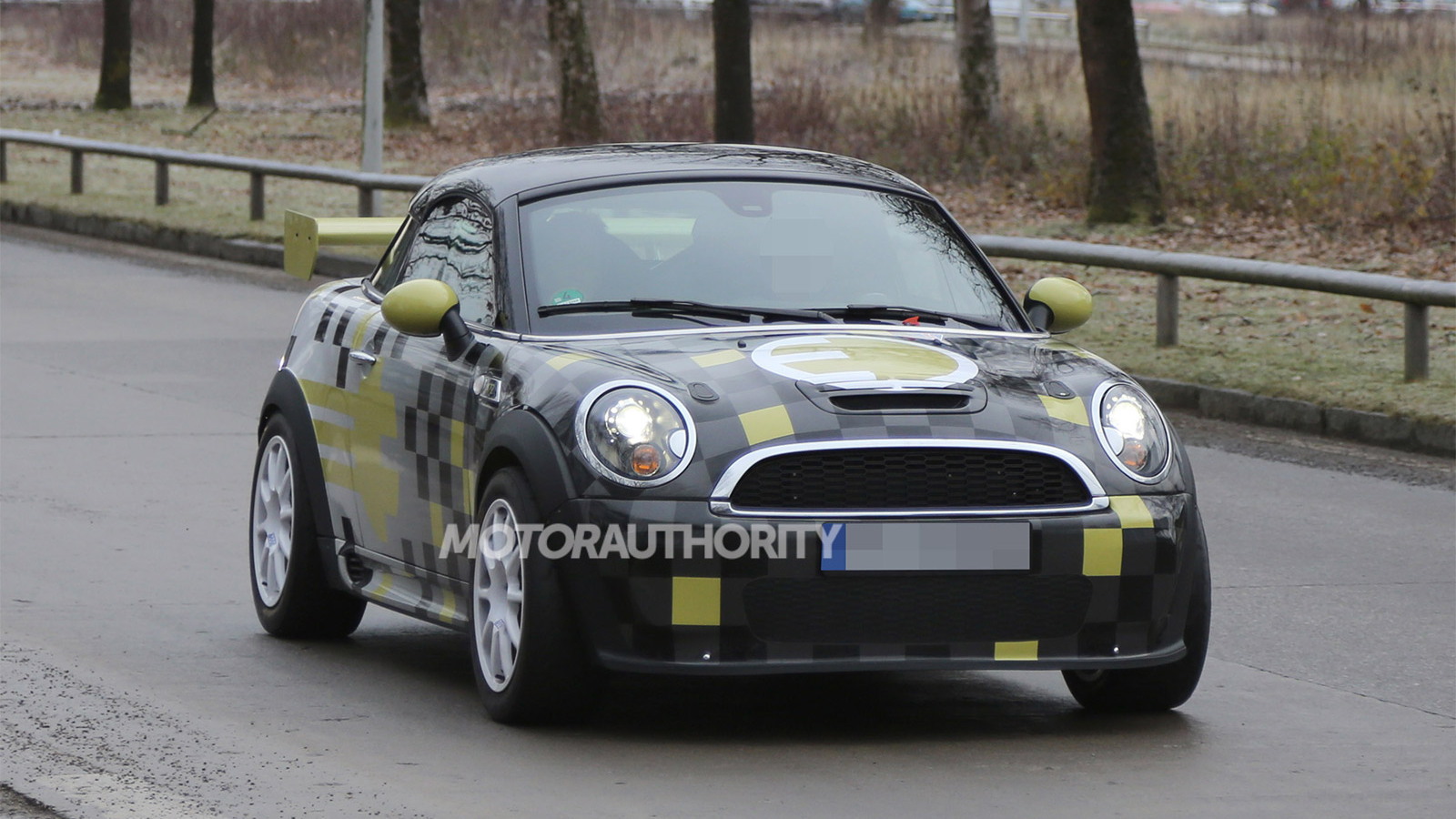 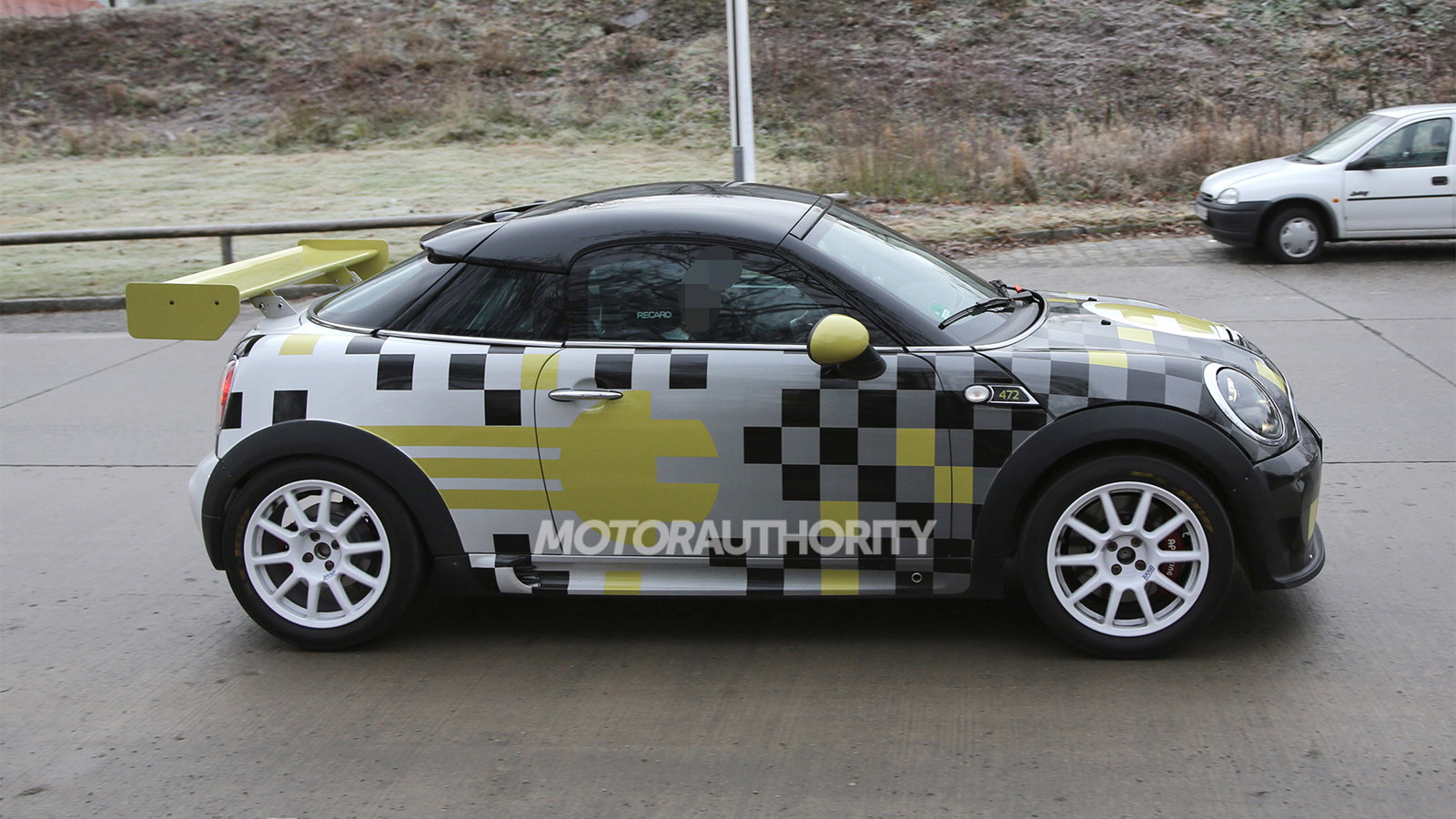 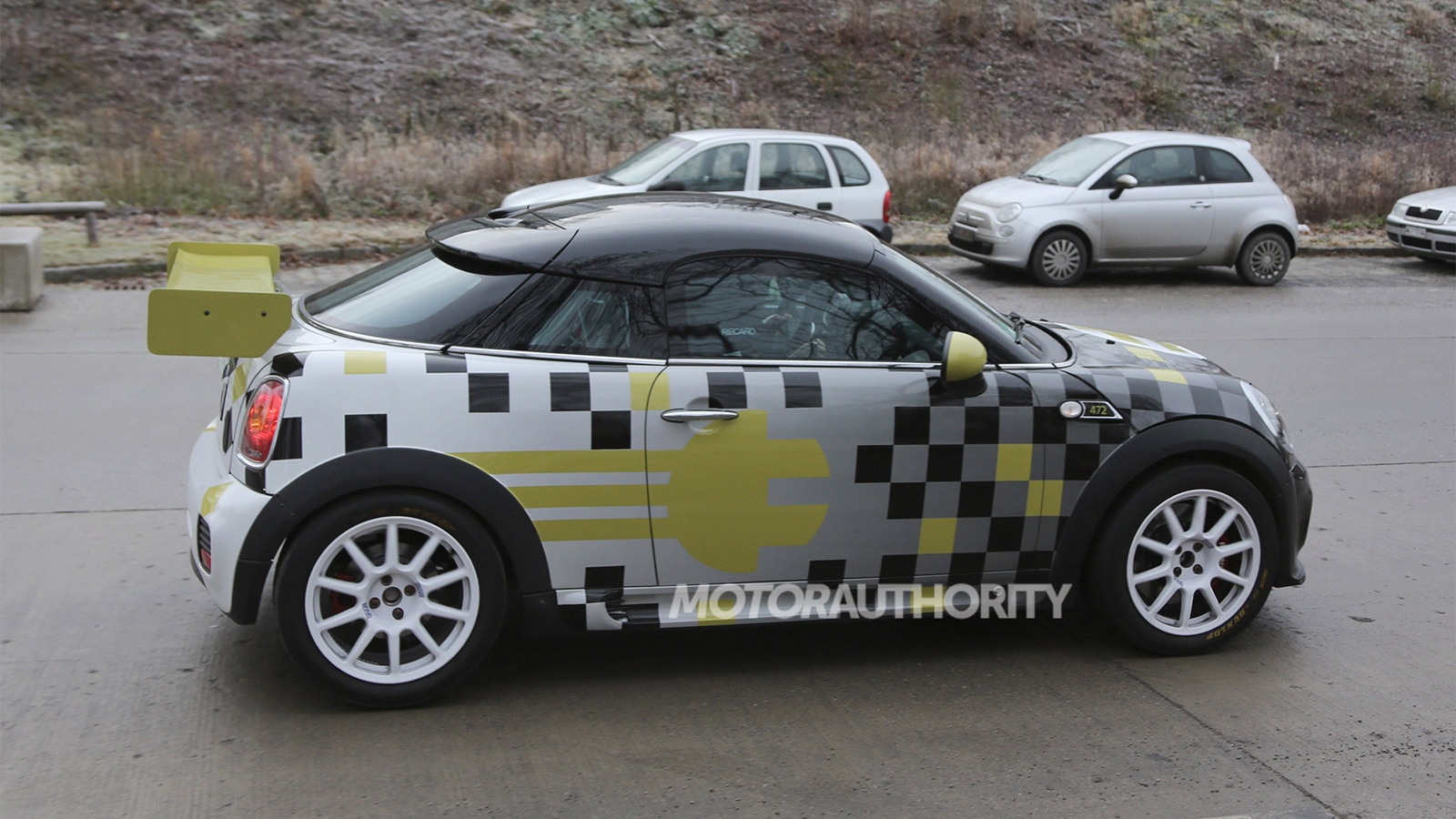 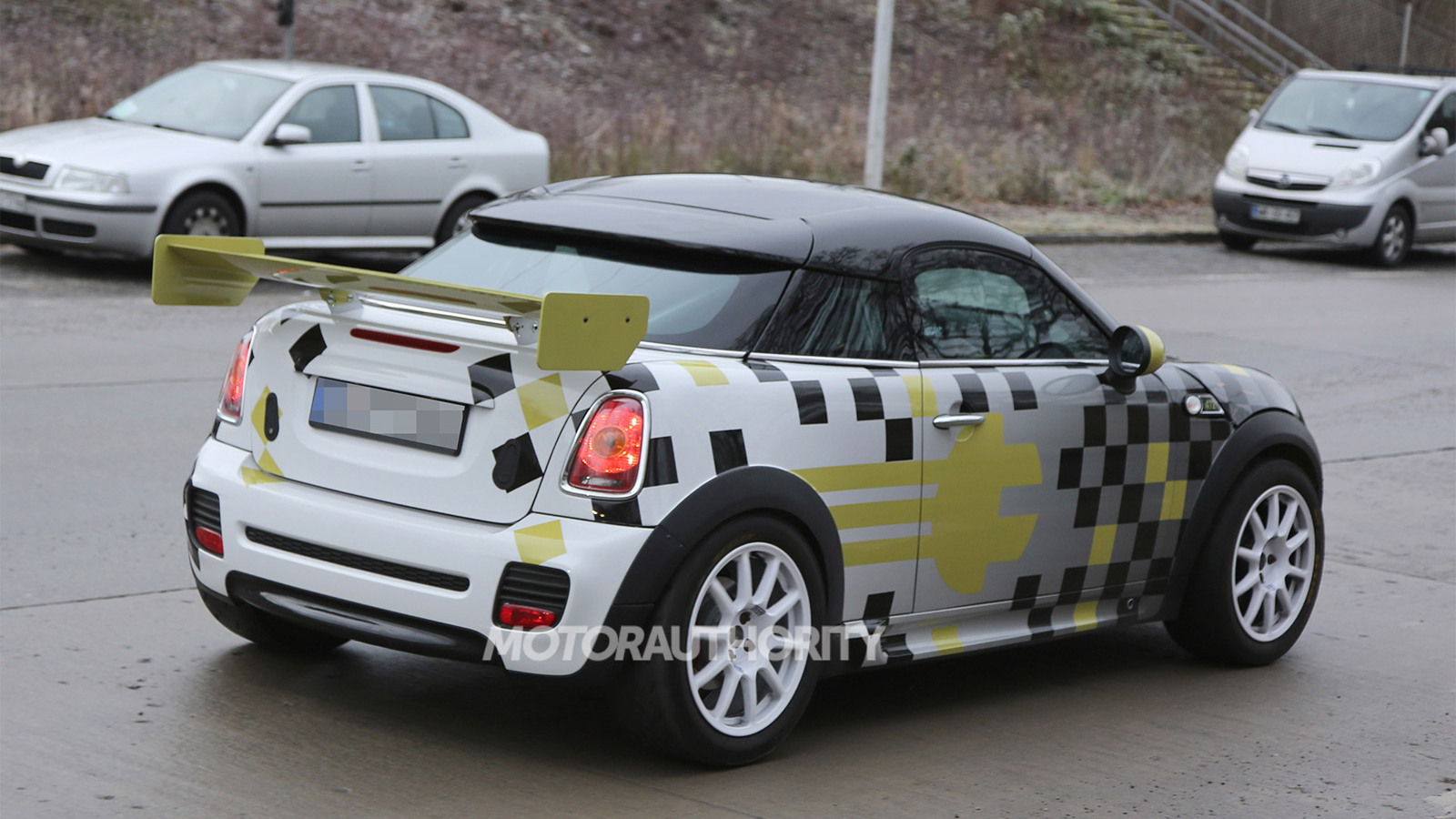 7
photos
MINI is out testing a new electric car, but unlike the automaker’s previous effort in this field, the MINI E, this new one isn’t expected to be leased to individuals. The new electric car is based on the MINI Cooper Coupe and was spotted testing in Germany recently by one of our spy photographers.

The new car, tipped to be called the MINI E Coupe, is believed to be testing new drivetrain components for MINI’s future electric cars. One of those tests will likely include some lap of the Nürburgring, hence the use of the racing paraphernalia you see here. You may recall that back in 2010 MINI also took its original MINI E for some hot laps at the famous German circuit.

The new electric car features an oversized rear wing, similar to the one on the MINI Cooper Coupe race car that competed at the Nürburgring 24 Hours endurance race in 2011. It also features racing seats and a full roll cage.

It’s not clear what drivetrain technology the car has, but expect performance to be superior to that of the drivetrain fitted to the MINI E. That car featured an electric motor rated at 204 horsepower and could lap the Nürburgring in 9:51.45.

Hopefully MINI will let us in on its plans for the MINI E Coupe soon.