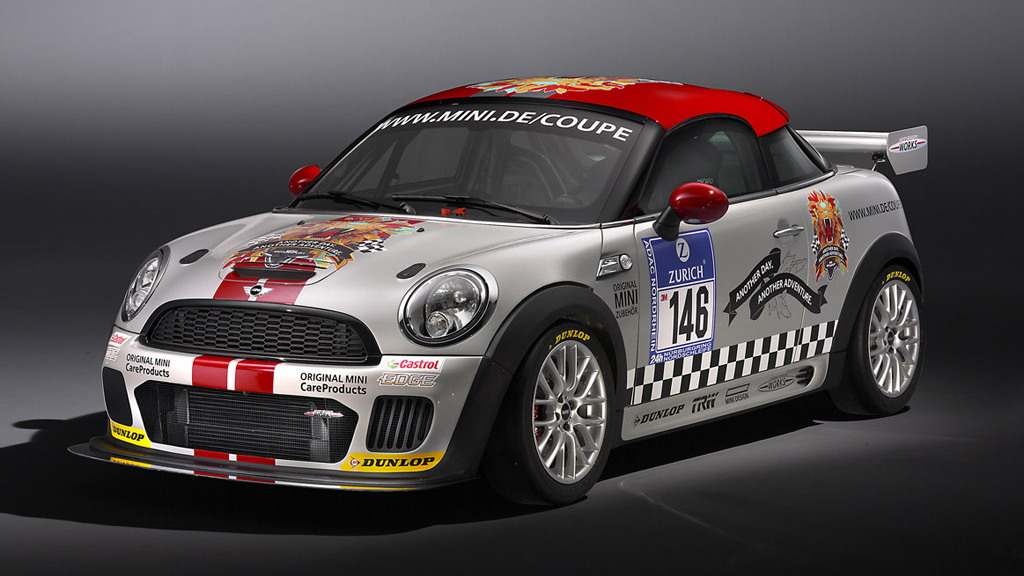 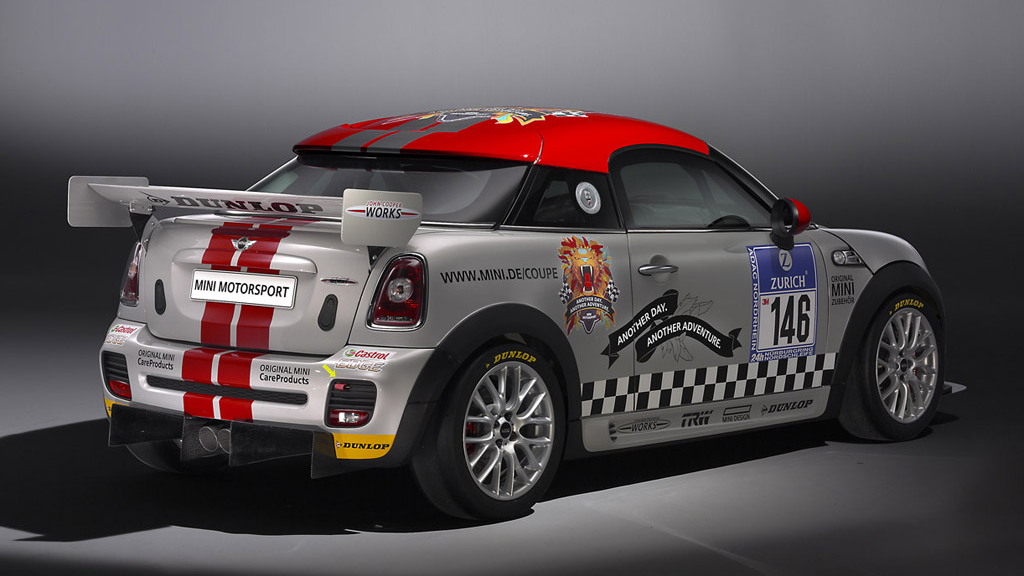 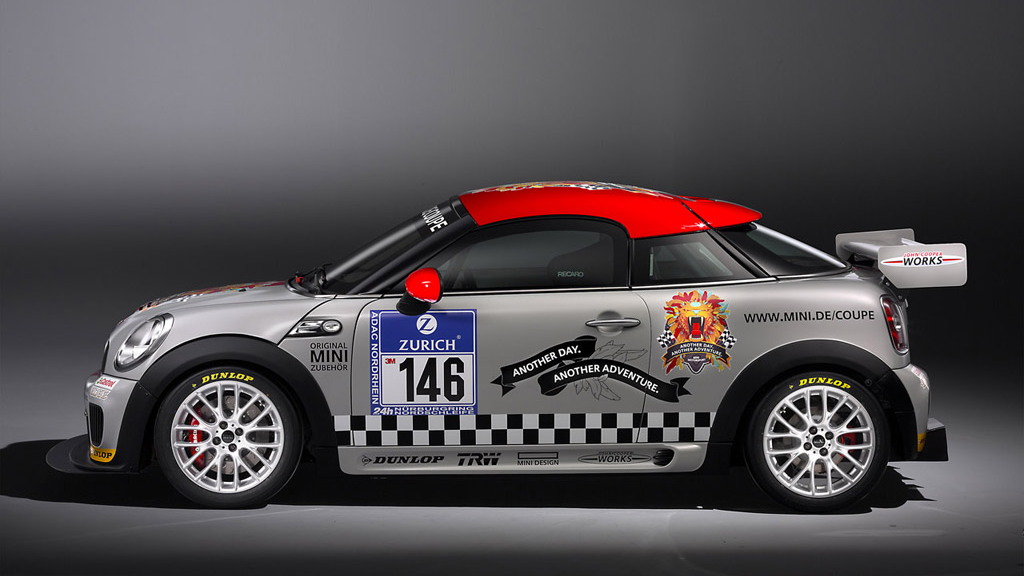 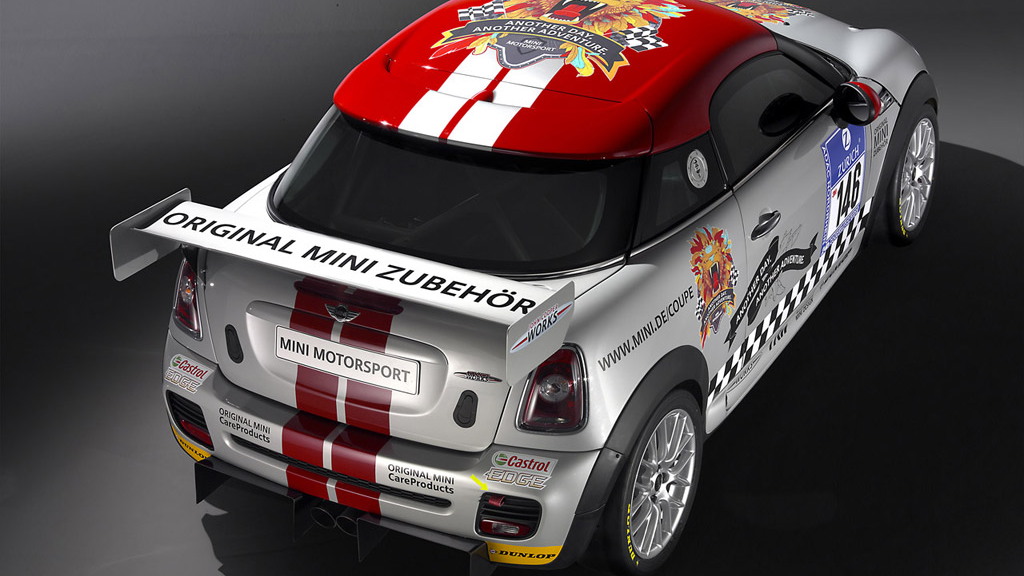 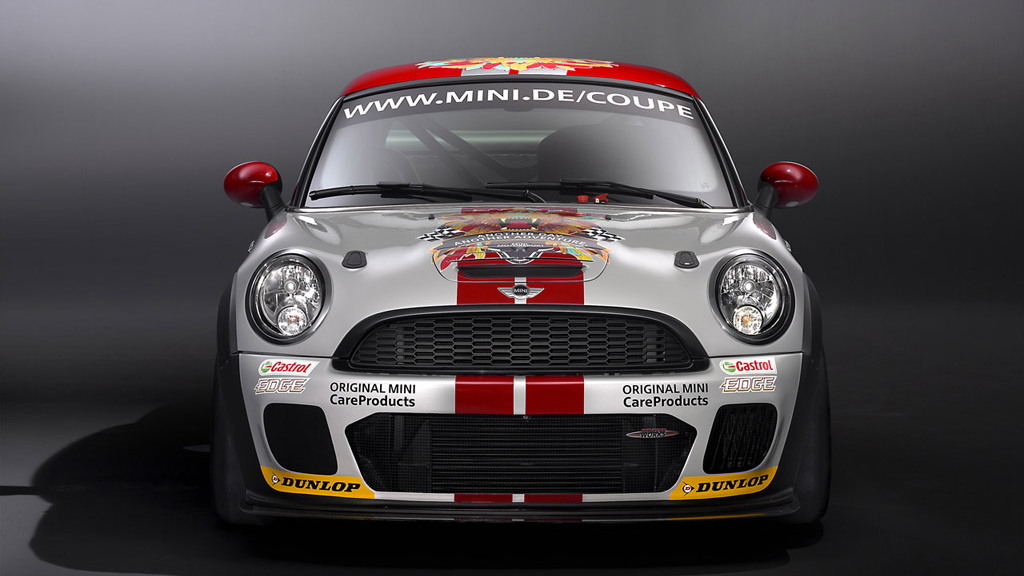 Based on the recently revealed 2012 MINI Coupe, this racing version picks up an ‘Endurance’ tag in its title and several other race modifications to prepare for its 24 hour run around the Nurburgring-Nordschleife.

Interestingly, with the participation of this special MINI John Cooper Works Coupe Endurance, the Nurburgring 24 Hours race will be staging an automotive world premiere for the first time in its history. At the same time, the extreme demands of the classic endurance event should ensure the new MINI model will be given an entrance few fans will forget.

Providing the power is a specially-tuned version of the production MINI John Cooper Works engine. The 1.6-liter four-cylinder unit--which boasts a twin-scroll turbocharger and direct injection--delivers 250 horsepower, and the Overboost function pushes peak torque up to 243 pound-feet. Top speed, meanwhile, is in excess of 150 mph.

Racing starts on June 24 and will conclude the following day. Stay tuned for our full race recap at the conclusion of the thrilling race.

In the meantime, click here for all the details on the new 2012 MINI Coupe range.