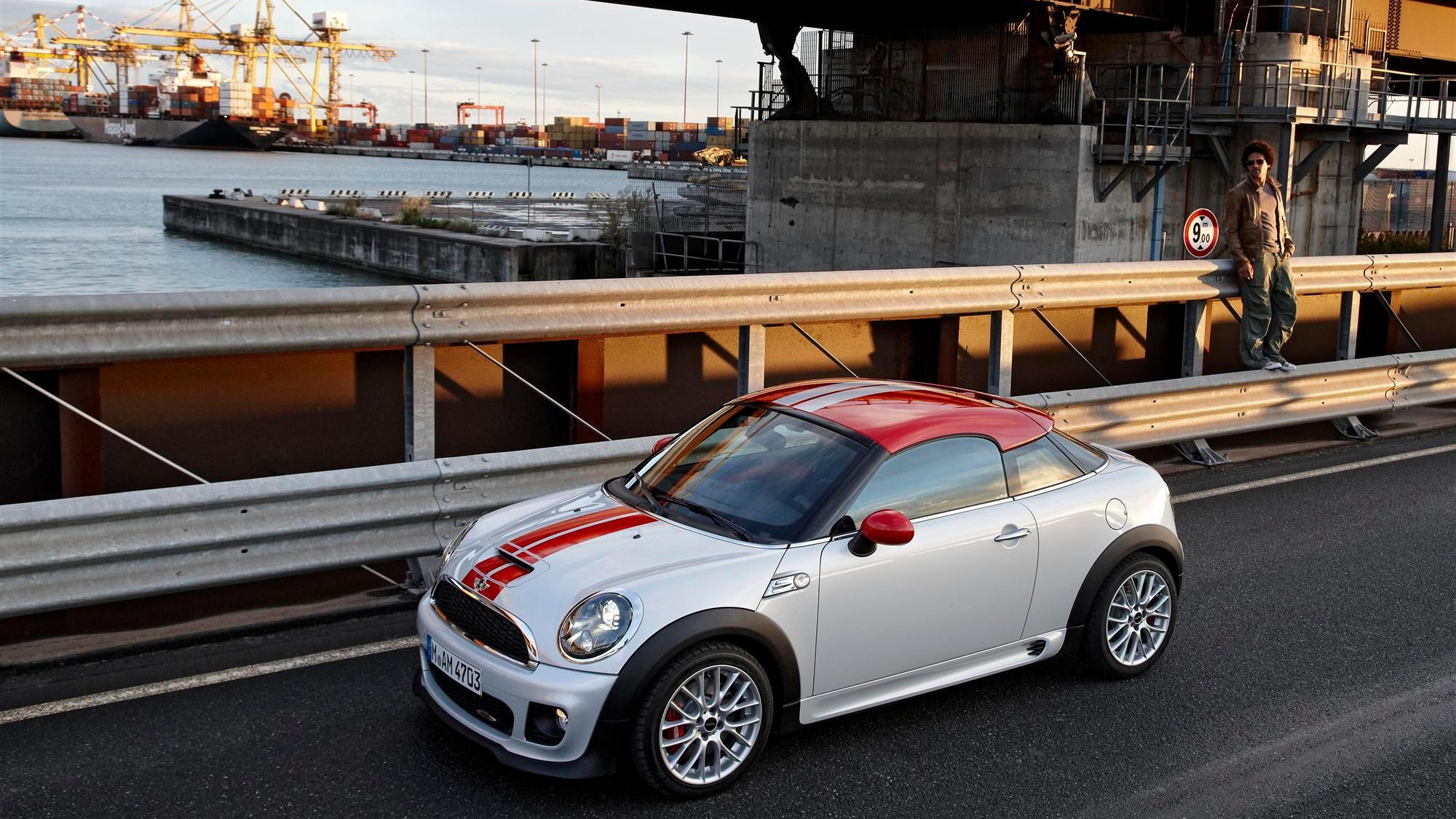 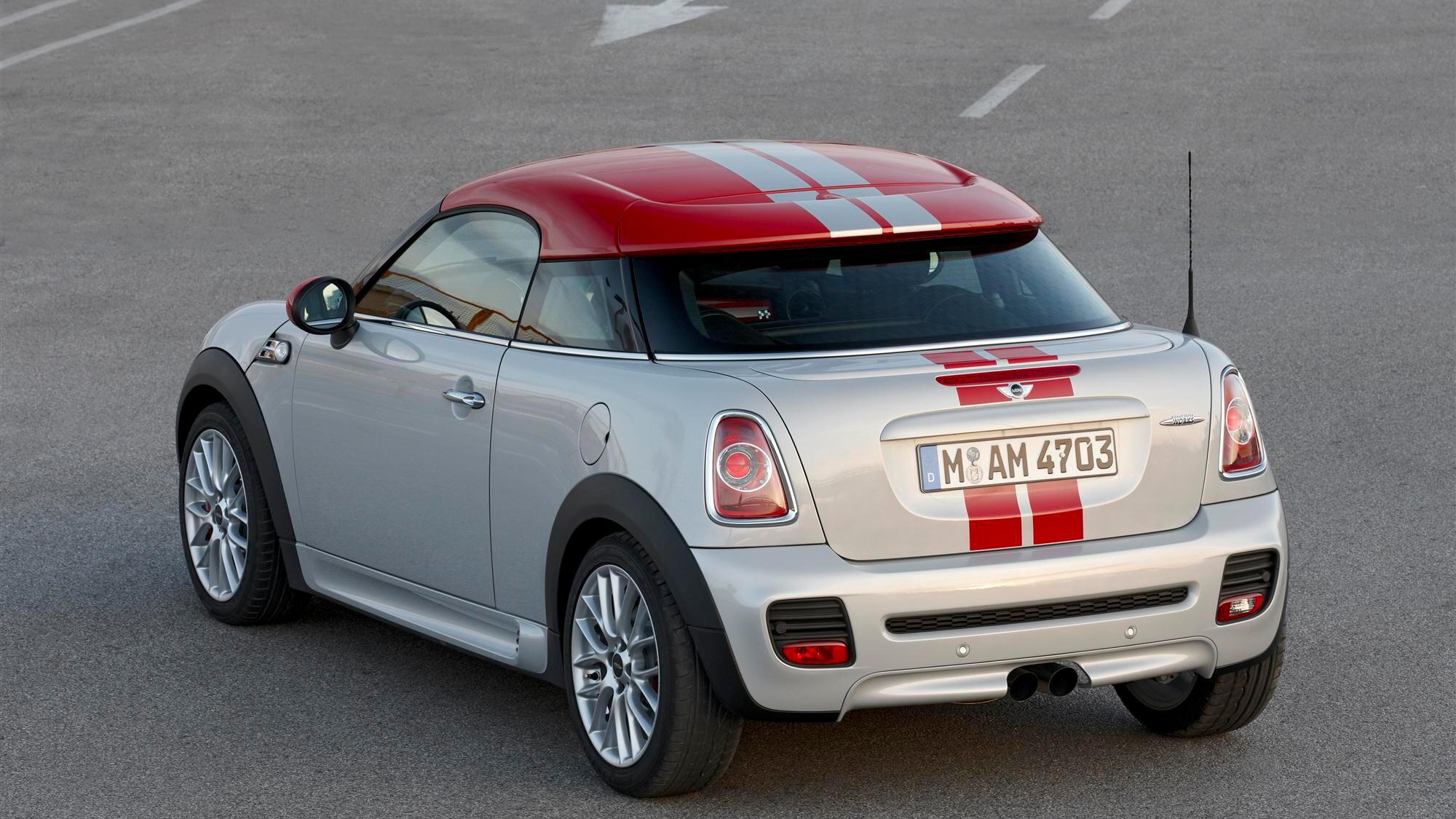 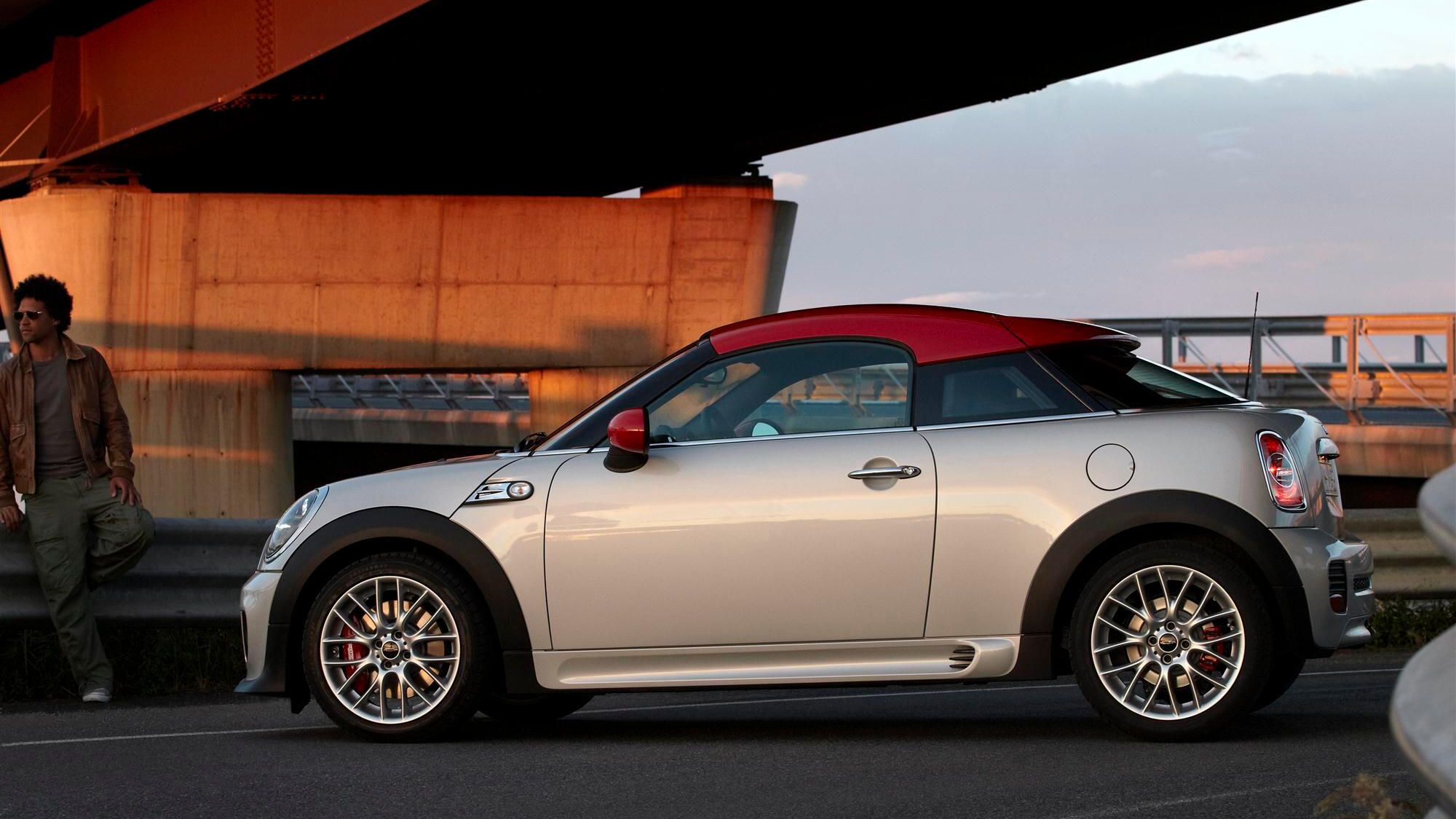 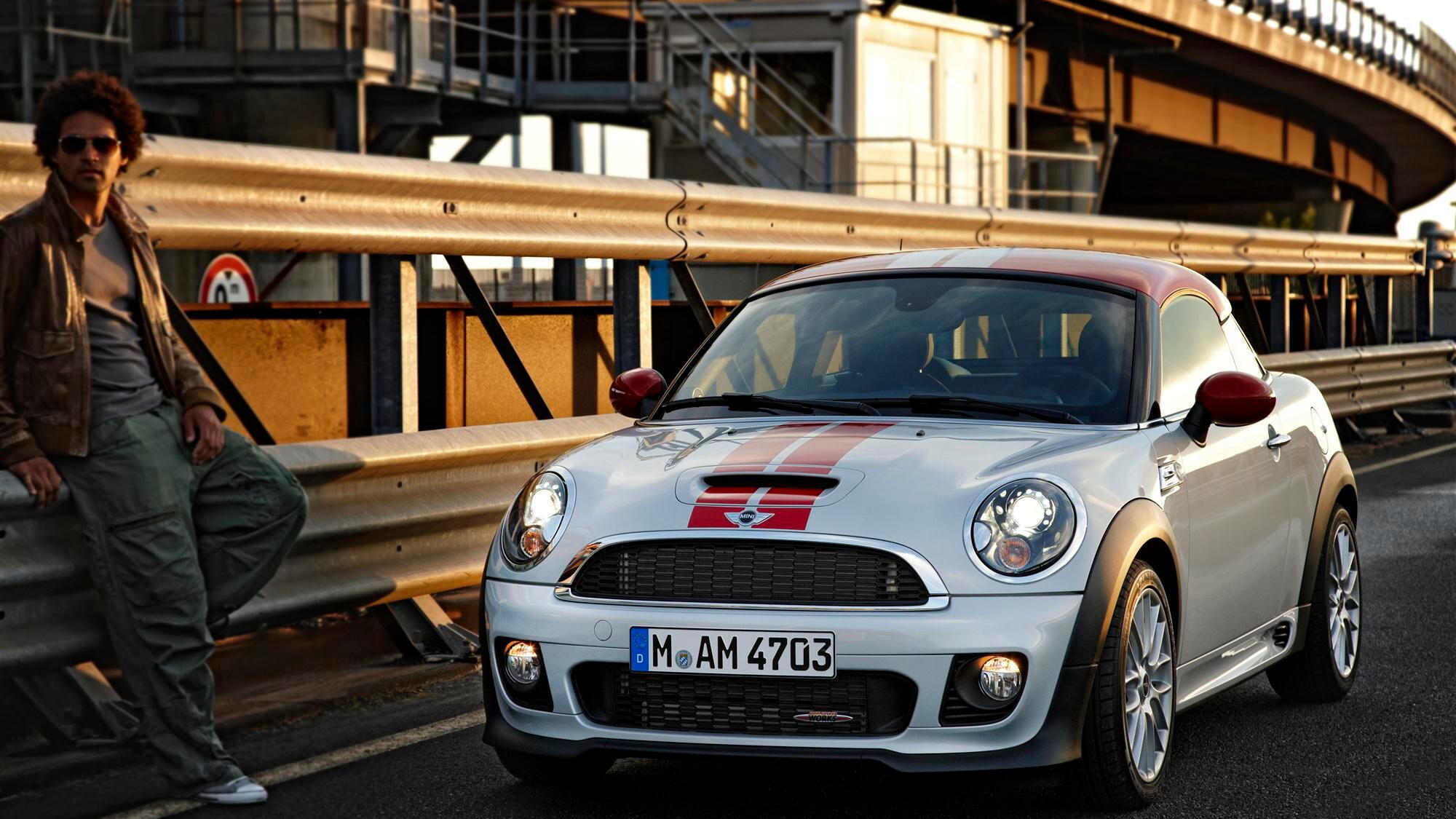 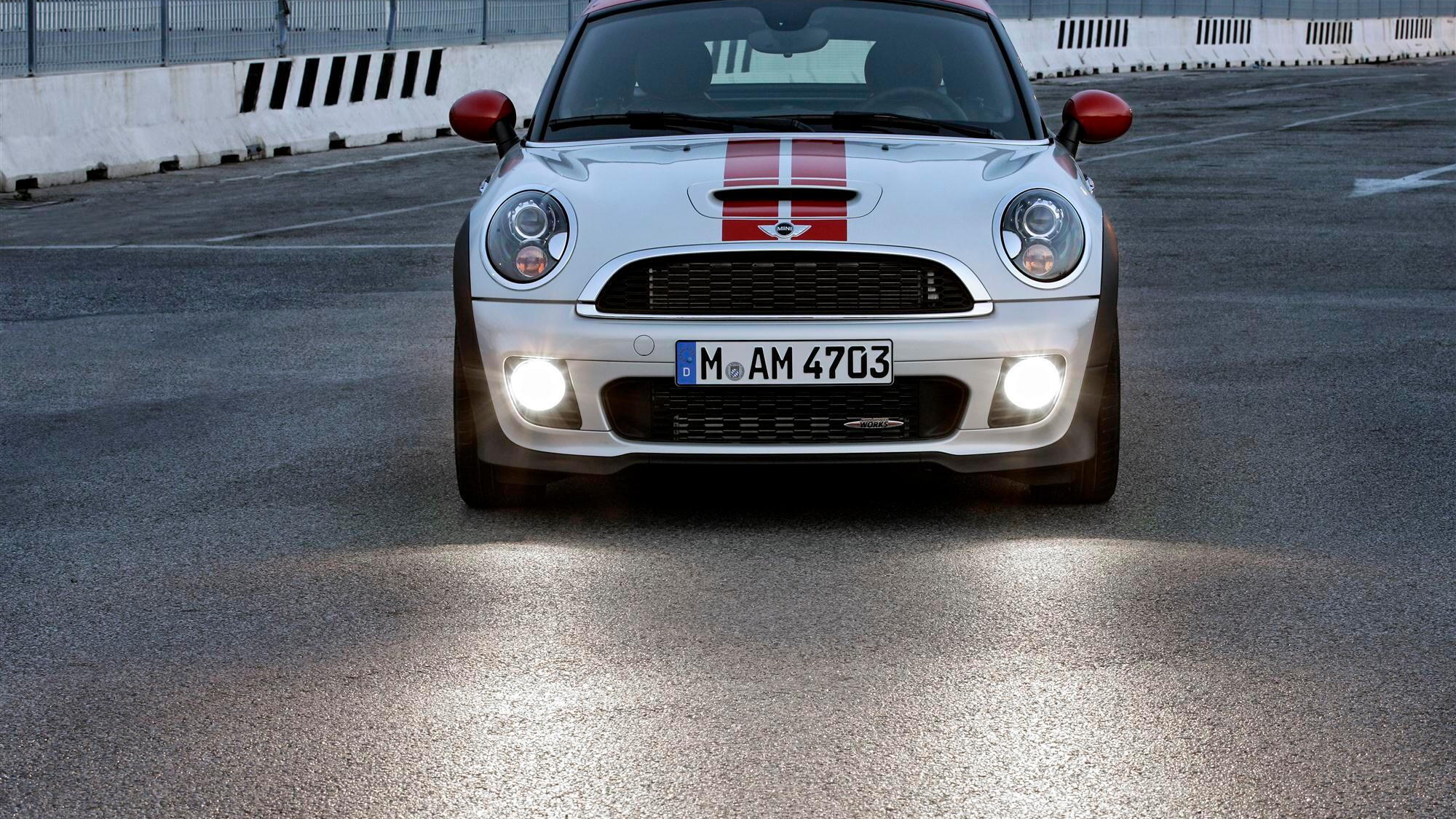 The 2012 MINI Coupe is officially out, and it looks just about exactly like we expected. But what surprises does it hold? Read on to find out.

MINI's first two-seater is aimed at delivering the best performance possible from the front-drive platform. MINI tosses around phrases like "go-kart feeling," and "whole new depth of intensity" when talking about the MINI Coupe. Fortunately, it has some numbers to back up the talk, particularly in John Cooper Works trim.

The MINI JCW Coupe is the fastest-accelerating productin MINI ever and claims the fastest top speed of any MINI, despite leaning on the familiar 208-horsepower engine found in other John Cooper Works MINIs. The 1.6-liter turbo four faces less resistance from the Coupe, however, both in terms of weight and aerodynamics, as the Coupe's smaller footprint minimizes both. That equates to 0-60 mph times of 6.1 seconds and a top speed of 149 mph. At 33 mpg US equivalent in European combined cycle testing, it's relatively thrifty on fuel, too.

The Cooper S Coupe likewise uses the same engine found in other Cooper S models, generating 181 horsepower and 177 pound-feet of torque under normal conditions. Up to 192 pound-feet of torque can be tapped for short periods. Acceleration is a few ticks slower than the JCW Coupe, at 6.5 seconds to 60 mph and a top speed of 142 mph. It is even thriftier, though, at 40 mpg US equivalent.

At the entry level to the Coupe range, the Cooper gets its power from a naturally-aspirated version of the 1.6-liter four, belting out 121 horsepower and 118 pound-feet of torque. Acceleration is markedly slower at 8.3 seconds to 60 mph, while top speed reaches just 127 mph. It's only a touch more fuel efficient than the Cooper S, at 43.5 mpg in European testing.

Exterior styling of the MINI Coupe range is, as noted, exactly what we expected based on previous spy shots, both official and otherwise. The steep A-pillars flow into a heavily sloped rear roofline with integrated roof spoiler, sweeping down into a speed-activated trunk lid spoiler/wing. The coupe will also get a handful of unique colors.


The rest of the Coupe's exterior design is familiar to any MINI fan, with the same round headlights, seemingly smiling face, and truncated rear end. In terms of size, the Coupe only varies materially in its overall height, being about one inch shorter than a Cooper Hardtop.

Inside, the MINI Coupe follows the same-but-different theme with a familiar MINI look made to fit within the confines of a coupe body. Oval recesses in the roof liner make room for the occupants' heads, and, of course, there is no rear seat. Instead, MINI has fitted a small cargo shelf behind the seats with two bins. The trunk holds up to 9.8 cubic feet of gear, while longer packages up to 14 inches wide and 8 inches high can pass through the rear bulkhead to the passenger compartment if necessary.

All of the MINI Coupes come standard with DSC stability control. JCW models add in Dynamic Traction Control with integrated Electronic Differential Lock Control, to make it easier to get the car moving on loose surfaces or to allow even more driver control in sporty driving. DTC with EDLC is available as an option on non-JCW Coupes.

Look for the MINI Coupe to arrive in showrooms soon, with pricing to be revealed closer to sales launch.