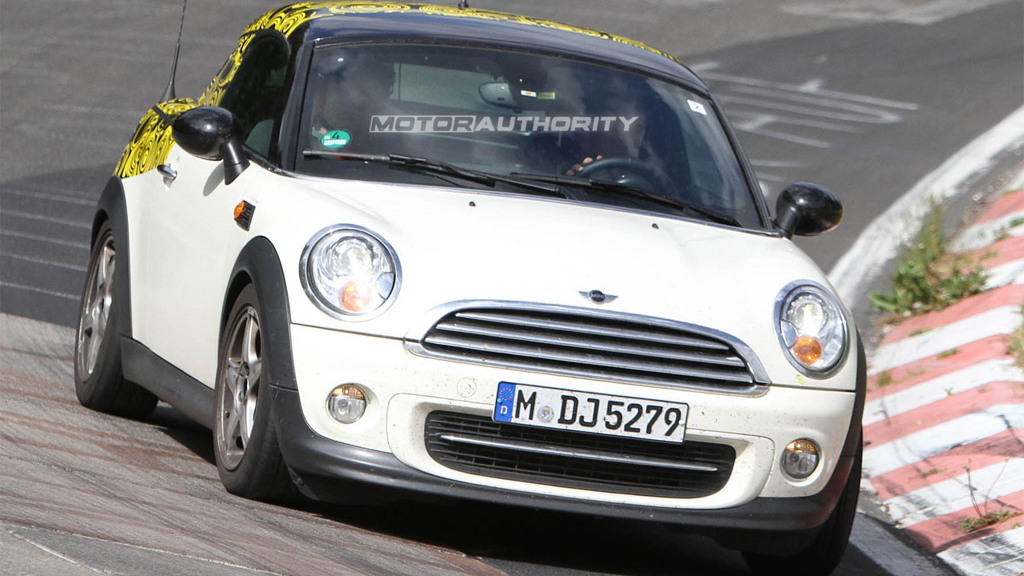 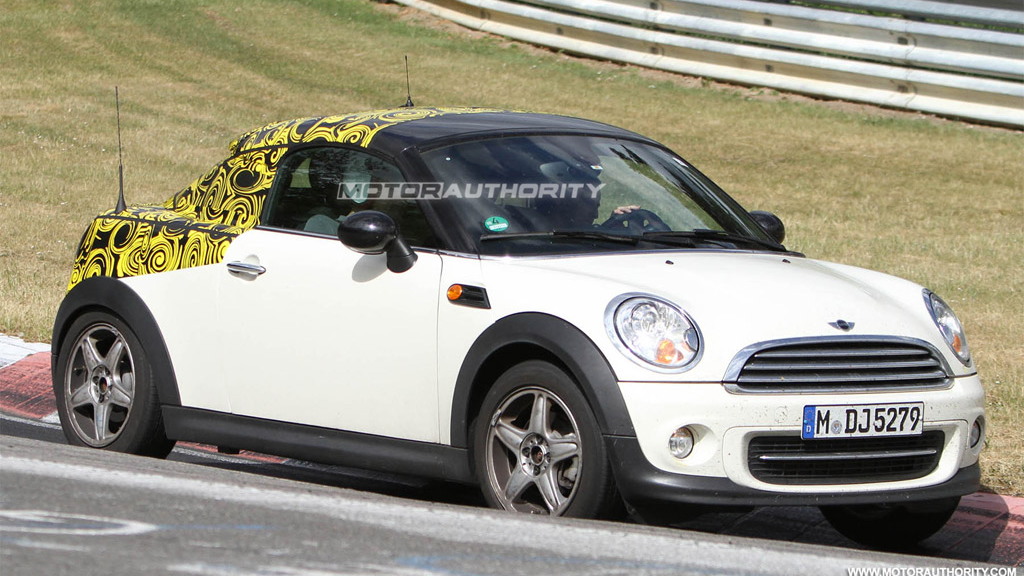 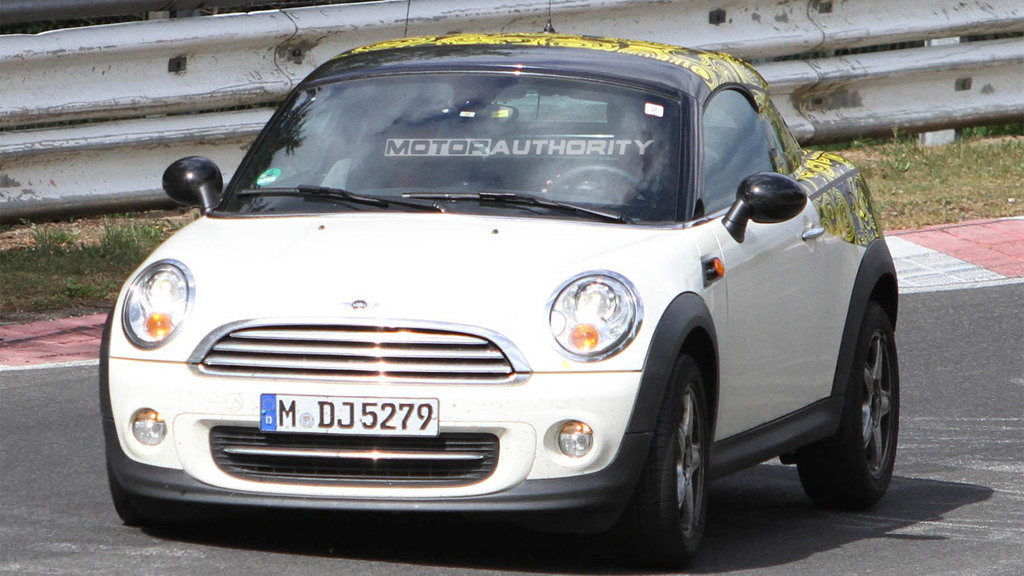 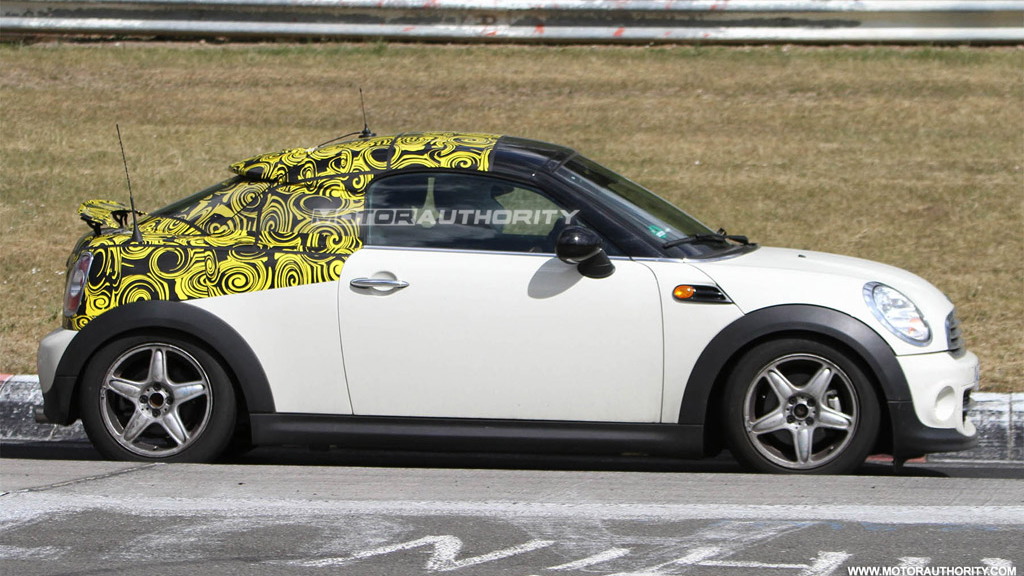 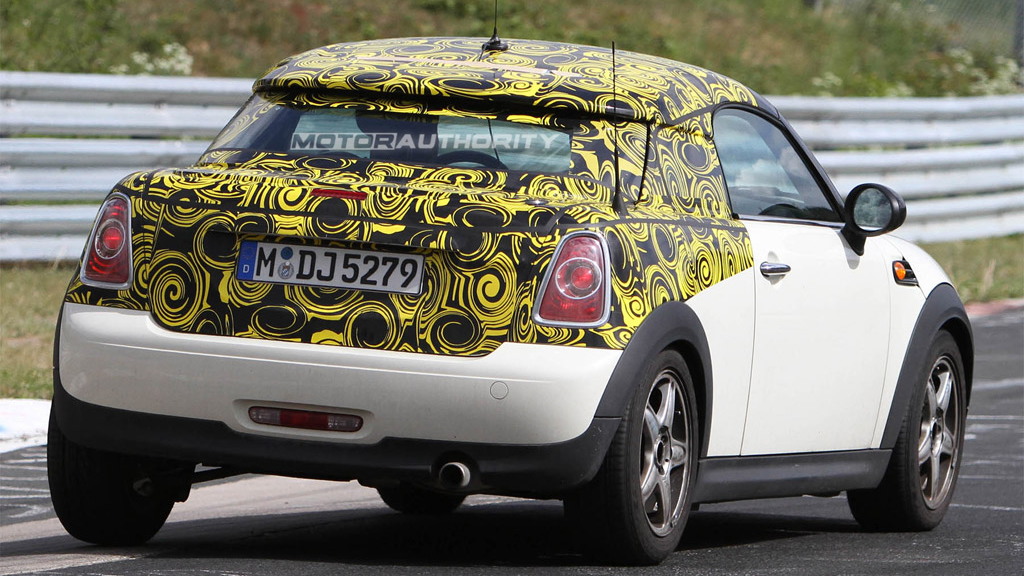 Earlier this week we brought you some of the first spy shots of the 2012 MINI Coupe JCW, and now we have the model it's based on: the standard Coupe. Even the Coupe spied here bears the inlet on the hood marking a turbocharged engine, however, potentially leaving the door open that this is the Coupe S, and a naturally-aspirated Coupe could follow.

At the concept's launch at the 2009 Frankfurt Auto Show, MINI left the issue of engines up in the air: the concept featured the 211 horsepower JCW mill, but whether we'd see a typical S and base model for the Coupe wasn't clear. Given the Coupe's aesthetically higher sporting pretensions, and the attendant buyer base, it might make sense to skip the 120-horsepower base model altogether.

Either way, the model pictured likely has the same 180 horsepower turbocharged 1.6-liter under the hood as the MINI Cooper S. Like the JCW, the Coupe pictured here looks almost unchanged from the concept Coupe, though you can see a dynamic spoiler--not seen on the concept car--in action in these images.

Construction of the Coupe should start at MINI's Oxford, U.K. plant soon, for delivery in the second half of the year. Look out for a world debut this September at the 2011 Frankfurt Auto Show.