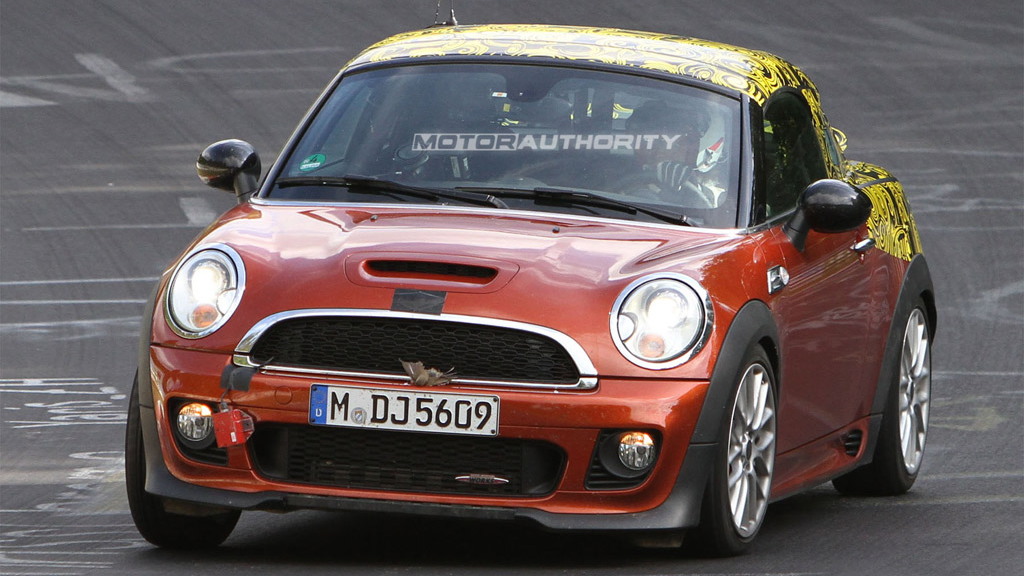 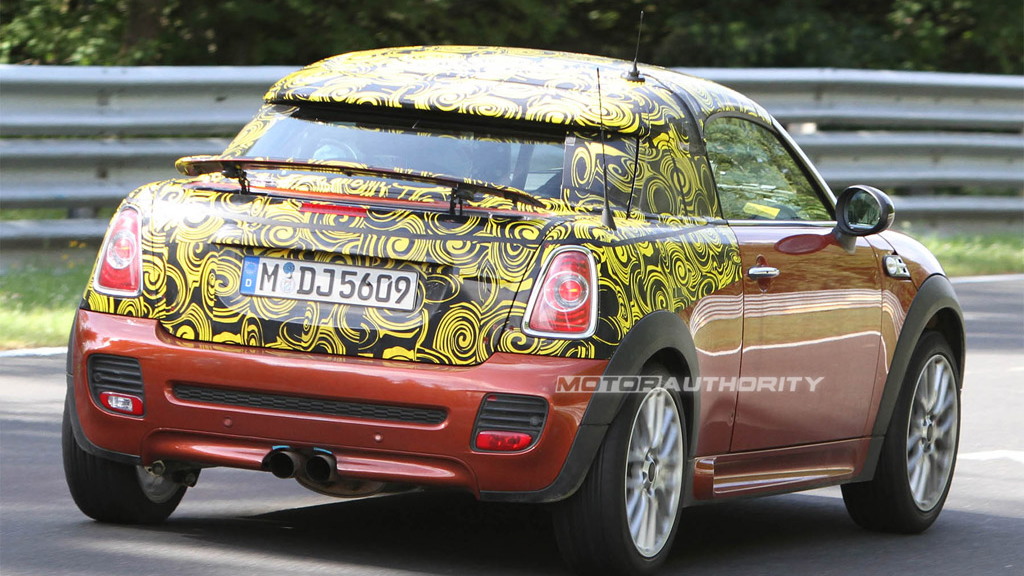 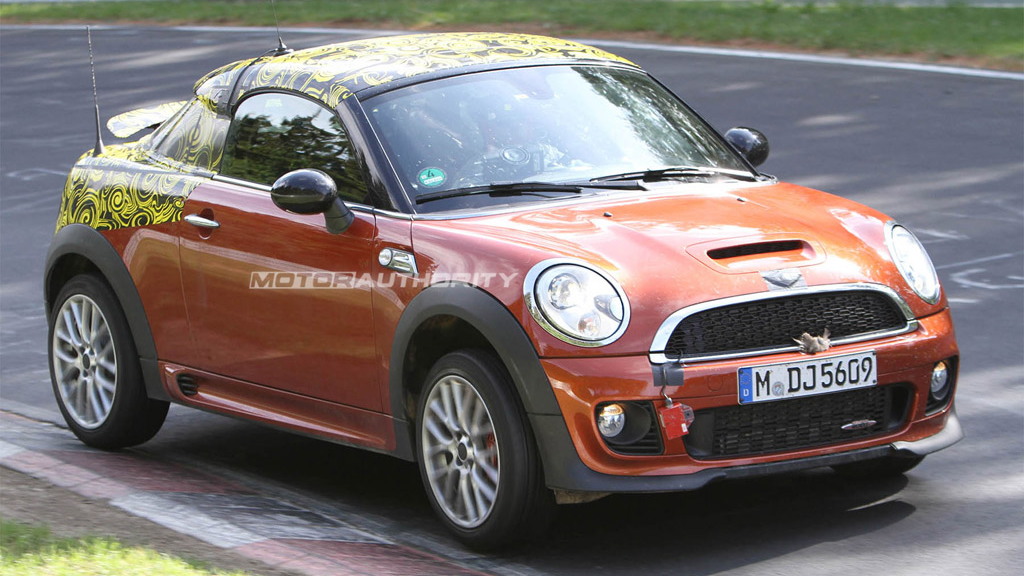 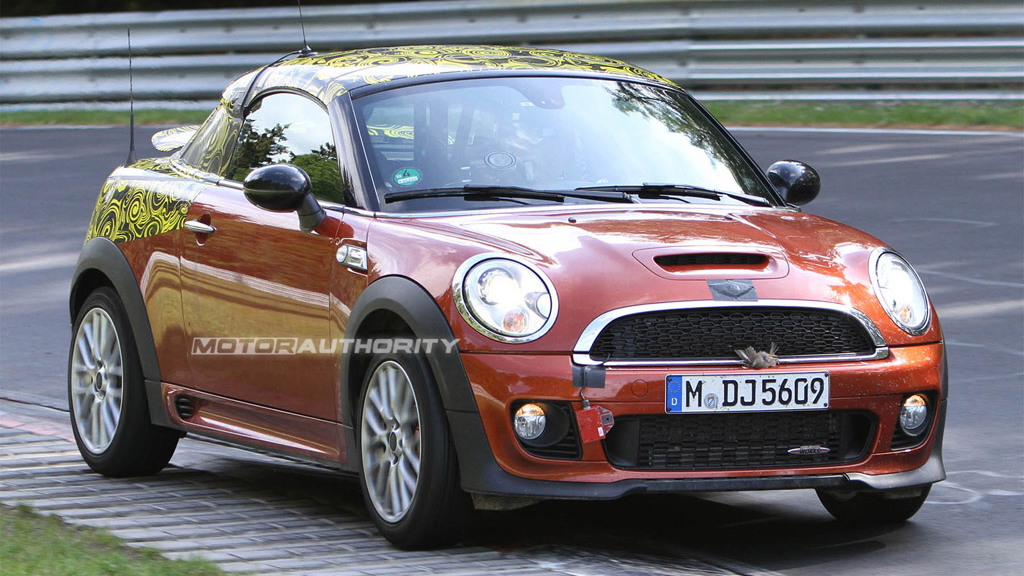 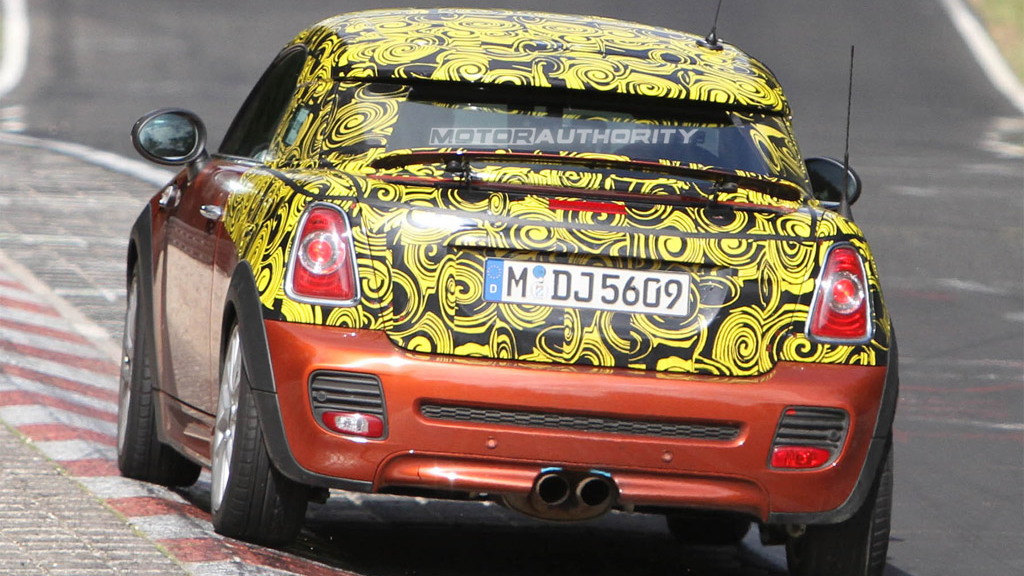 The MINI family is already growing, and it's soon to gain two new members: the Coupe and Roadster. We'll have to wait a few months yet to see the Coupe later this summer, and a whole year for the Roadster, but these spy shots show MINI is well on the way to delivering a hot version of the two-seater hard top as well.

The same 211 horsepower, 192 pound-feet (206 pound-feet on overboost) 1.6-liter turbocharged four-cylinder you'll find in other John Cooper Works (JCW) MINIs will be in the Coupe, just as it was in the Coupe concept. Driving the front wheels, it won't be a classical sports coupe, but the smaller dimensions and likely lighter weight should make the JCW Coupe even more capable than its already very agile MINI Cooper hatchback brethren.

Aesthetically, it's just about identical to the concept car, right down to the funky rear end and greenhouse design. These shots also reveal the new hatchback design incorporated on the production version of the MINI Coupe, as well as most of its dash.

It will ostensibly be positioned to fight against the likes of Mazda's MX-5, and not much else--there are few enough lightweight two-seat sports cars to choose from. With front-wheel drive and instant membership in the MINI club, however, it's likely to appeal to a different set of drivers than the MX-5.

First shown at the 2009 Frankfurt Auto Show, the MINI Coupe has seen a fast track to production based on its strong reception by press and public. Bearing a familiar face but a unique for factor in the MINI range, it'll be interesting to see how it's accepted by the people that really matter: car shoppers.