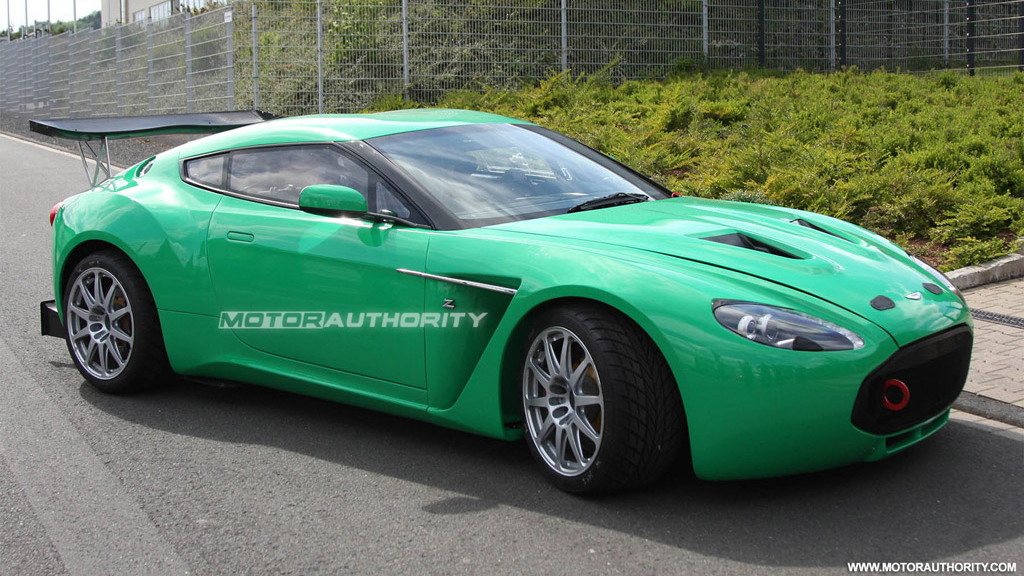 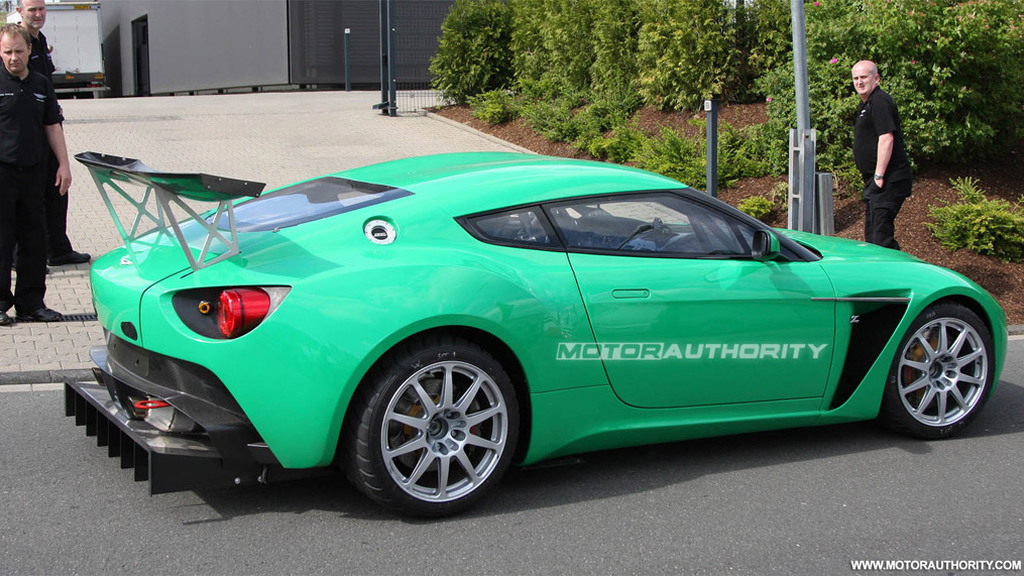 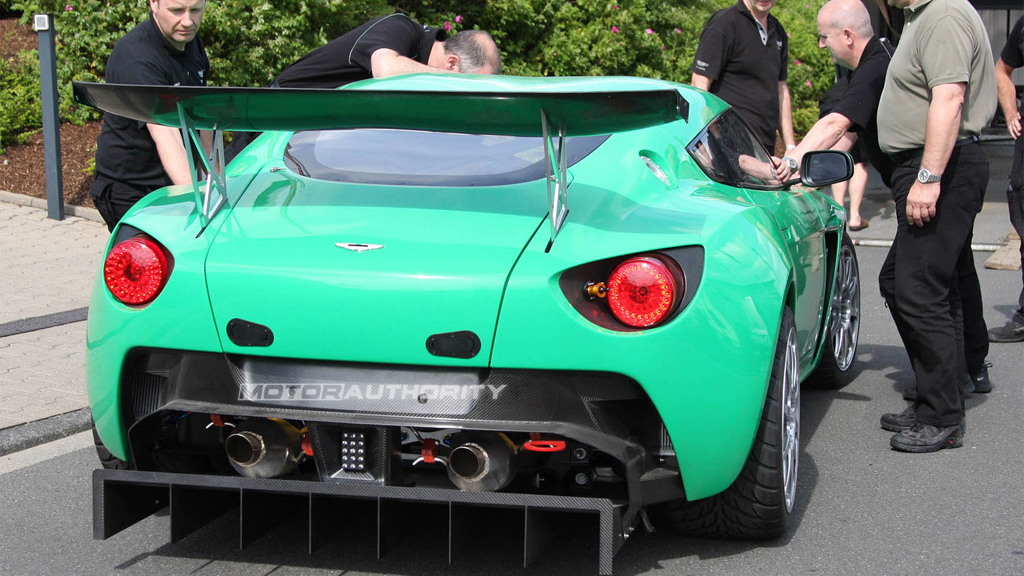 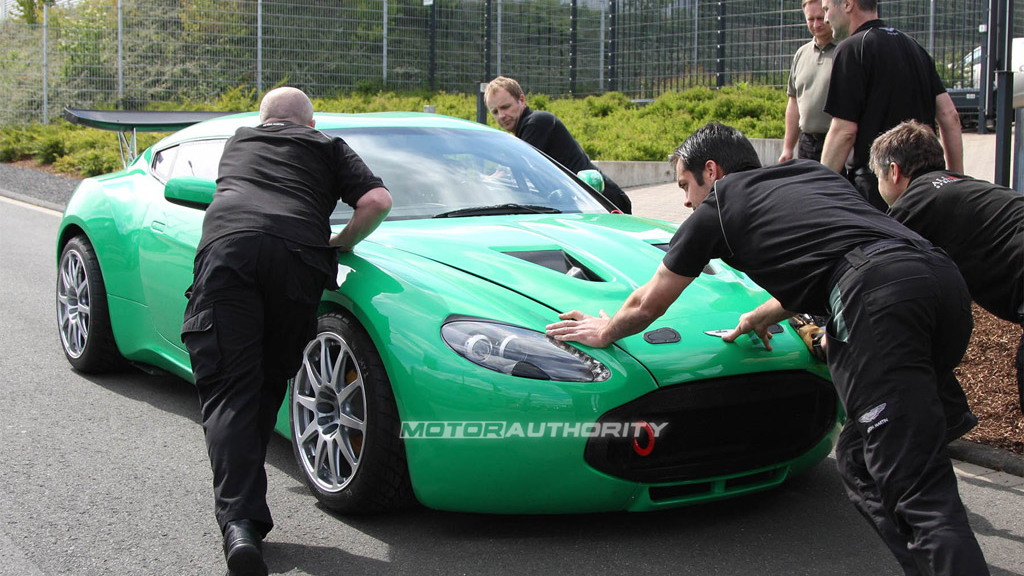 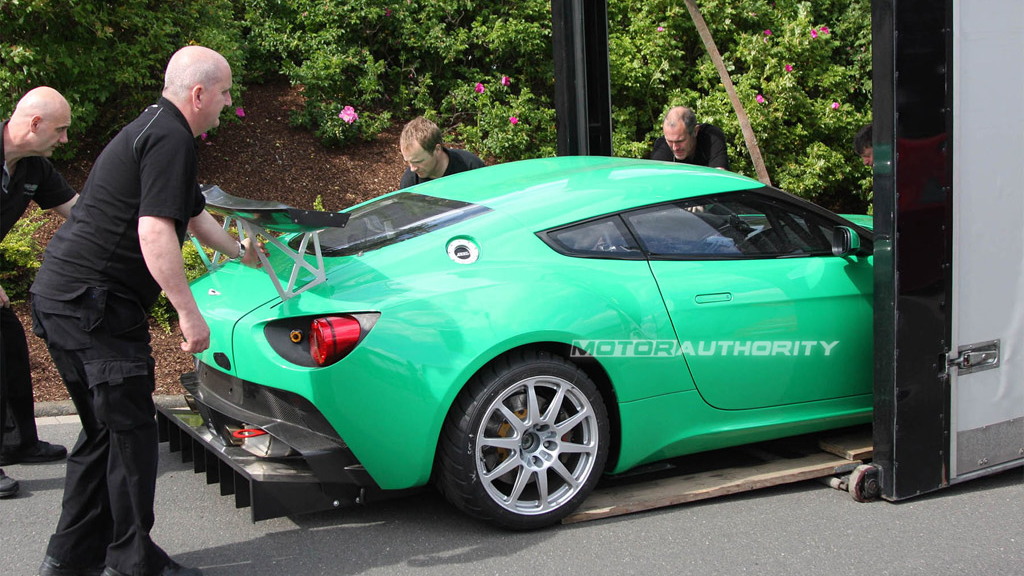 The coachbuilt Aston Martin V12 Zagato is set to make its motorsport debut this weekend in race car form at the Nurburgring during one of the famous track’s VLN events, but our stealthy spies have spotted the car being loaded into Aston Martin’s test facility at the ‘Ring.

As you may recall, we already saw a preview of the sultry race car, and as we previously reported, it will make its debut later today at the 53rd ADAC ACAS H&R-Cup VLN race. About a month later, it will return to the 'Ring to take part in the 24 Hours of Nurburgring on June 25 and 26. In fact, two V12 Zagatos will take part in the latter event.

Aston Martin hasn’t revealed just exactly what’s residing under the hood though the car is based around the standard V12 Vantage. This means that it’s likely running some variant of Aston Martin’s now familiar 6.0-liter V-12 engine but just exactly how much power is derived from it remains a mystery.

You can bet there’s more than the 510 horsepower of the standard model given the menacing exhaust note of the original 2011 Concorso d’Eleganza Villa d’Este show car.