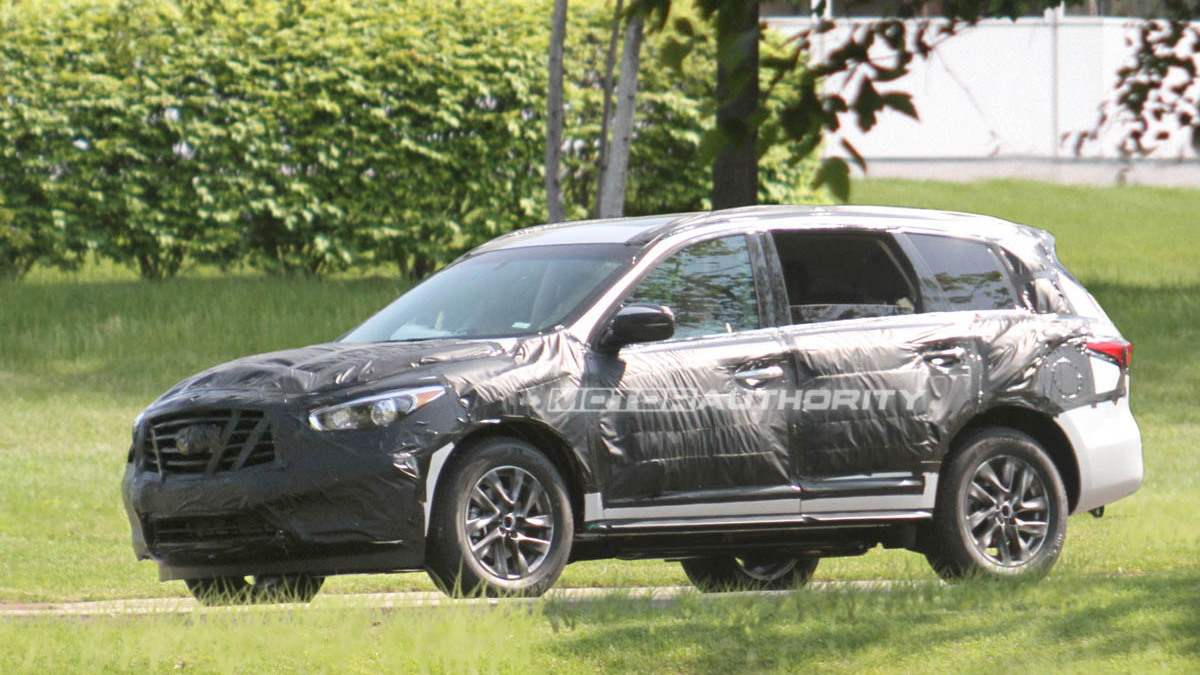 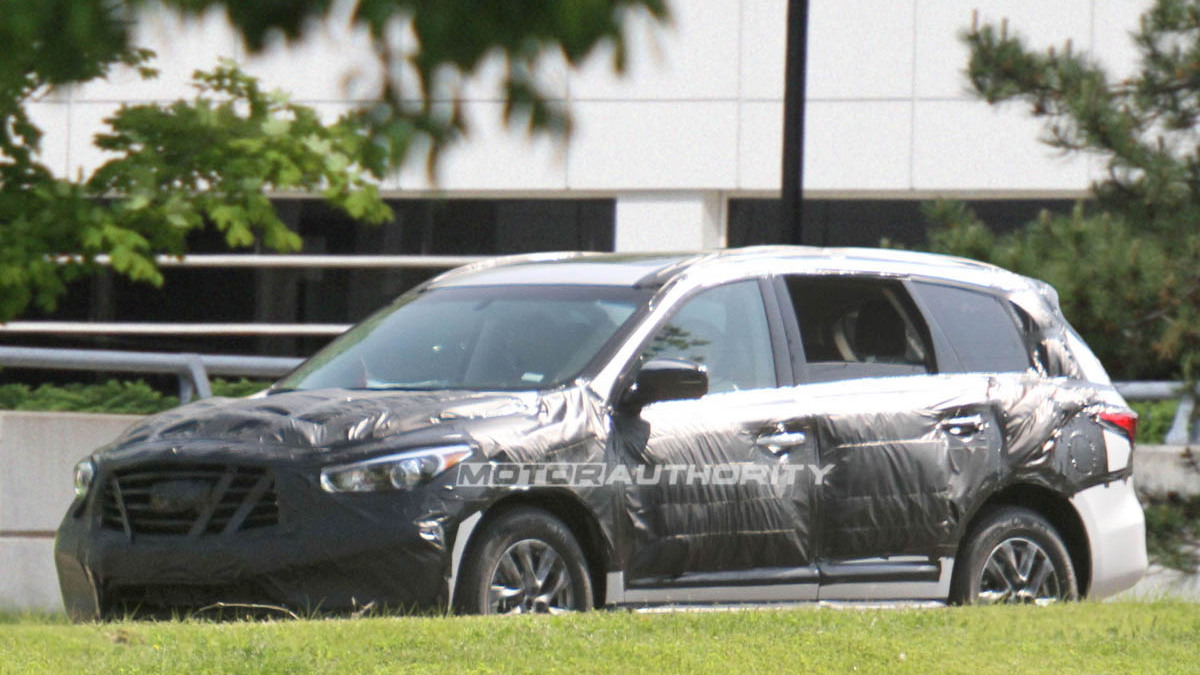 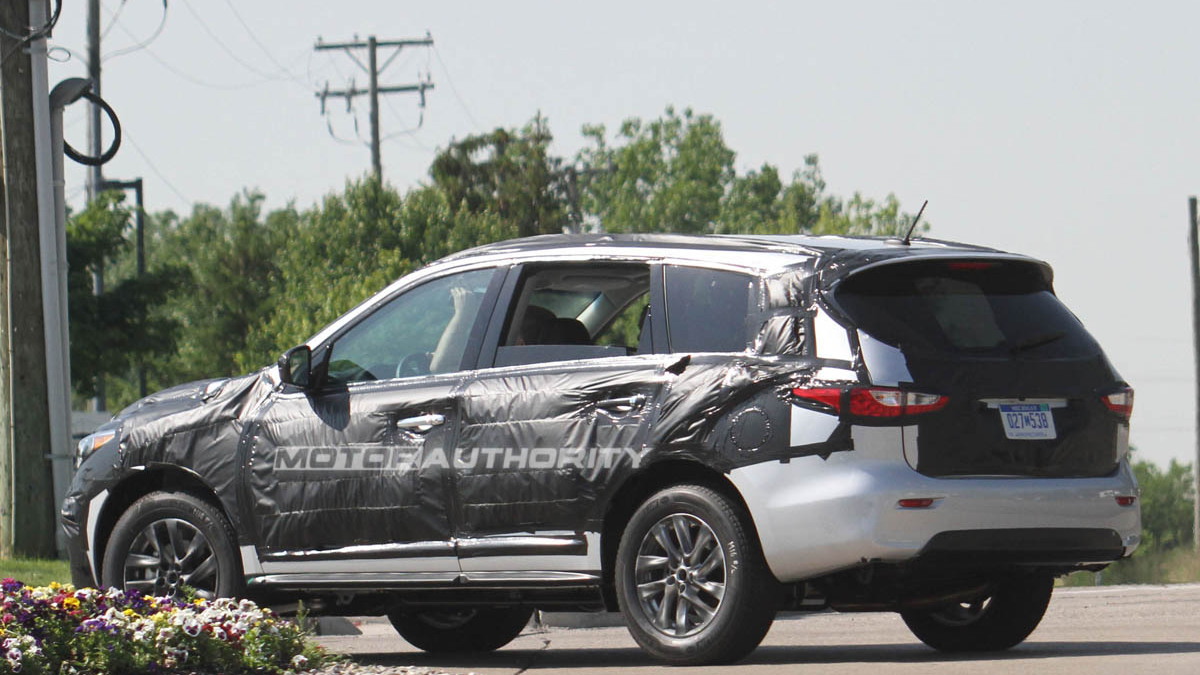 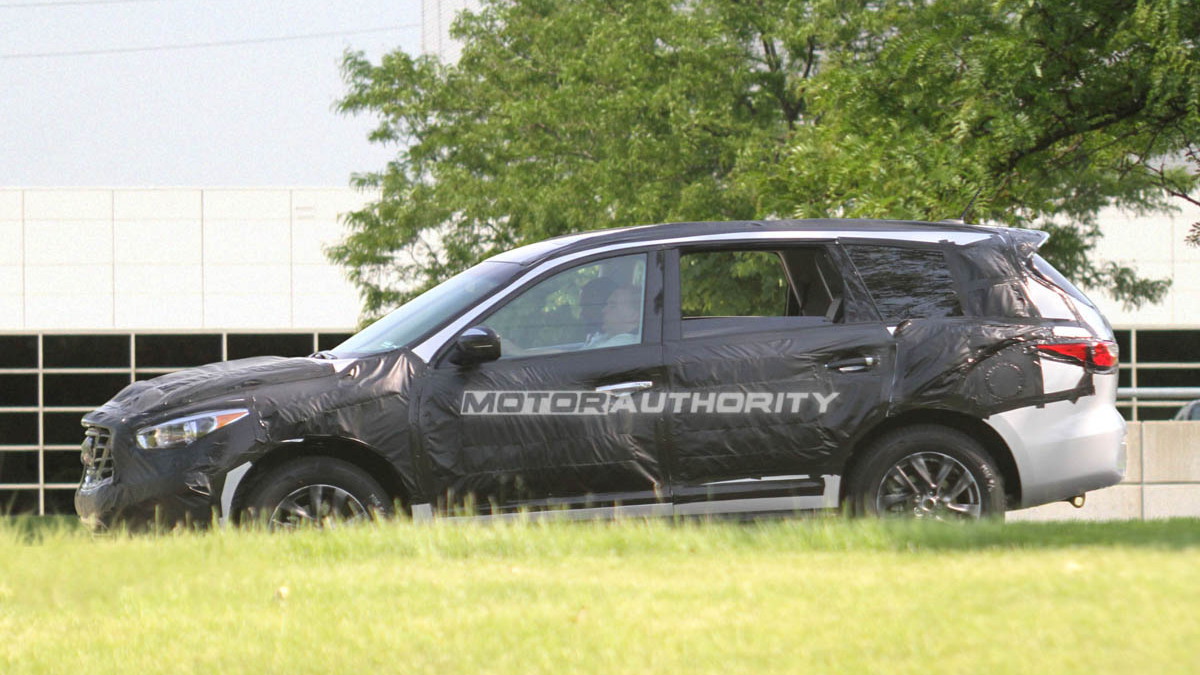 There's a new seven-seater in the works at Infiniti, and fortunately, it shares almost nothing in common with the up-to-eight-passenger QX56, at least in terms of its appearance. These spy shots offer the first good look at what to expect when the new JX makes its debut at this year's Pebble Beach Concours d'Elegance.

So far what we know of the JX is that it will offer seven seats in a three-row arrangement, will be a crossover, and will offer a "stunning" interior. It will also be built in the U.S., at Nissan's Smyrna, Tennessee plant.

The JX, presumably, targets other luxury crossovers like the Audi Q7, BMW X5, and Mercedes-Benz M-Class, though in a (presumably) even more road-refined manner, as the current QX56's body-on-frame underpinnings satisfy the more rugged, truck-like niche. From what we can see beneath the bulky camouflage in these spy photos, the JX is proportioned more like the Mercedes-Benz (don't call it a minivan) R-Class.

Despite the mid-summer premiere, the JX won't go on sale until spring 2012 as a 2013 model. Accordingly, the official world debut won't take place until November, at the 2011 Los Angeles Auto Show.