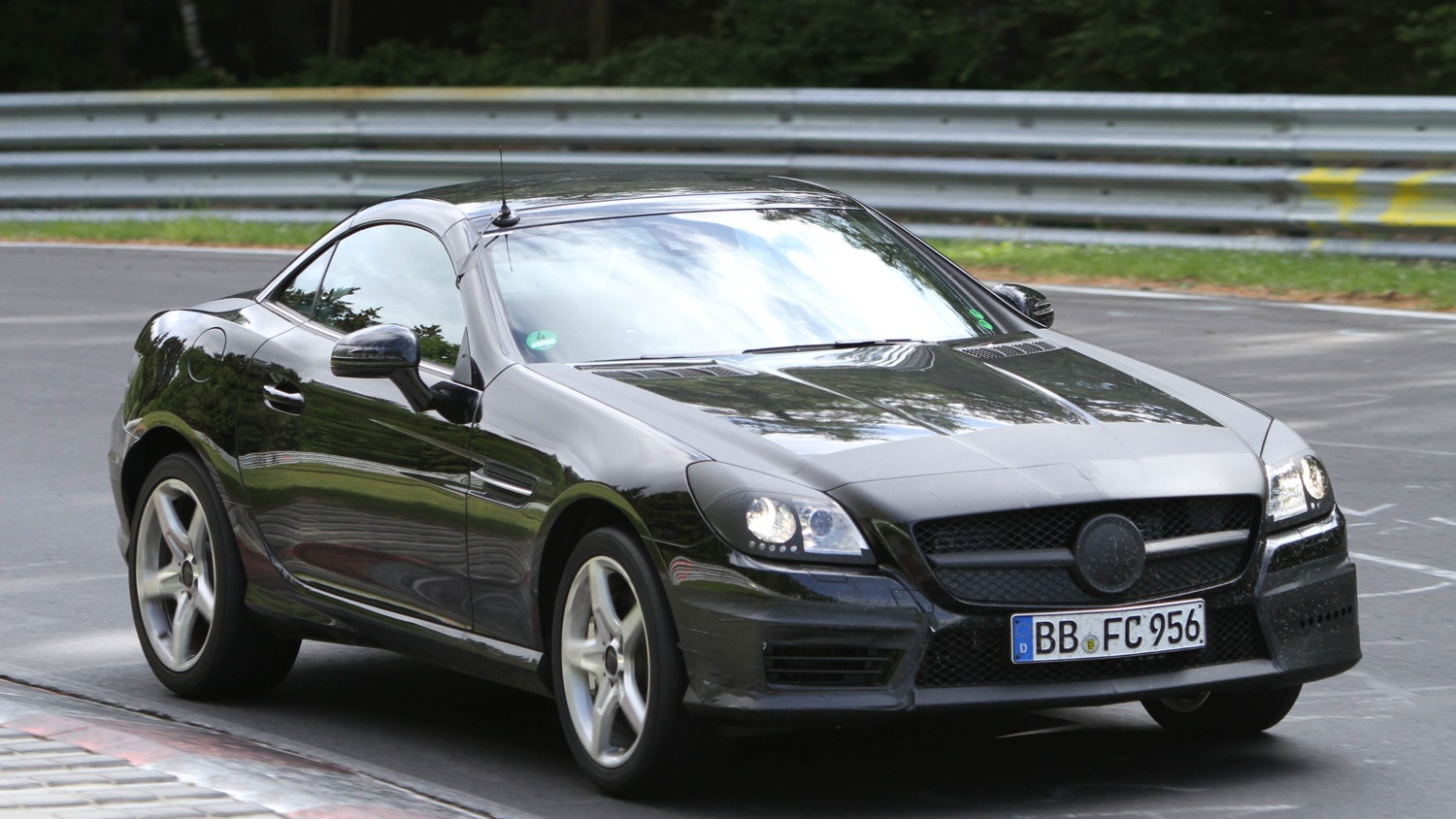 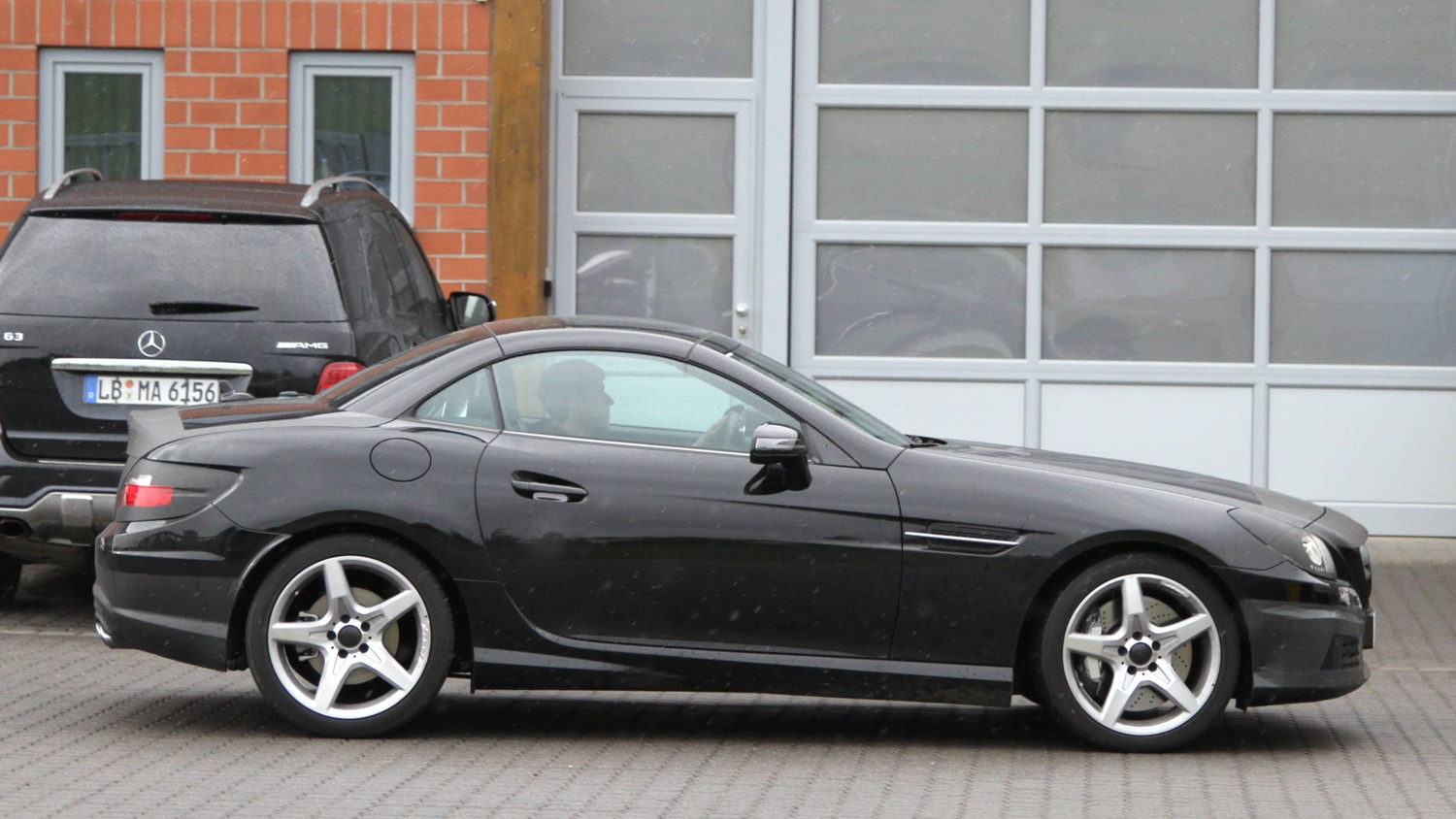 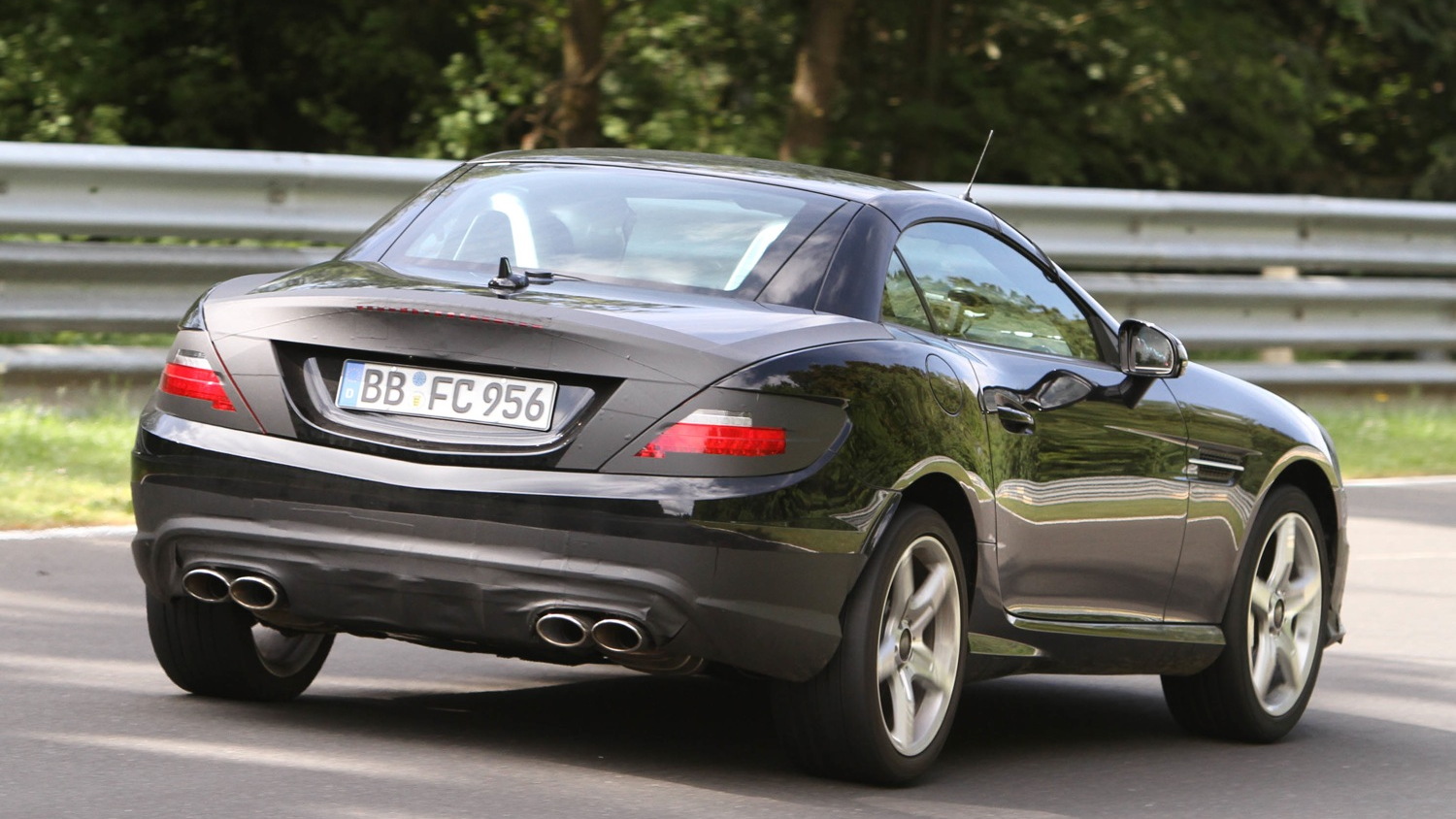 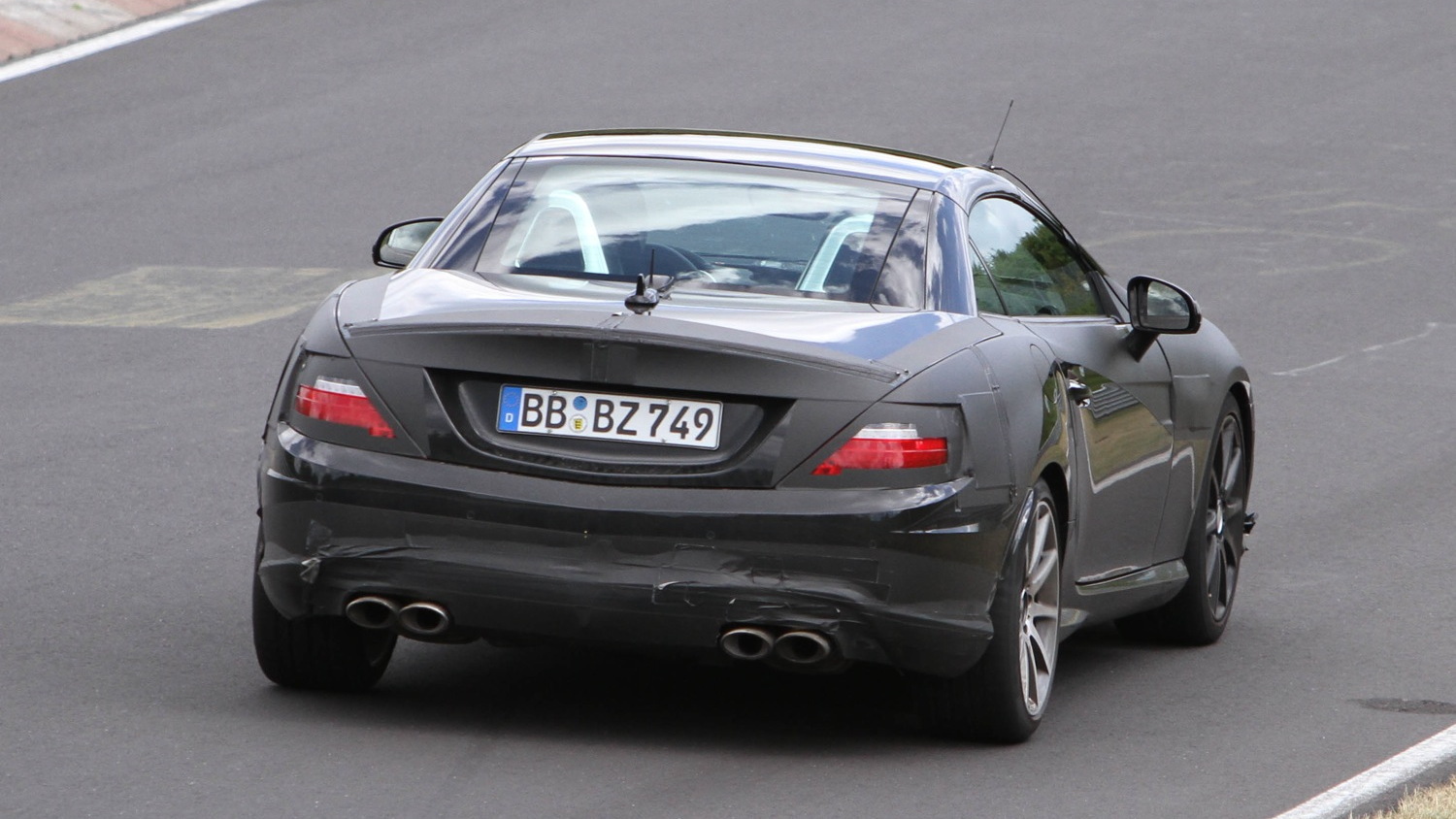 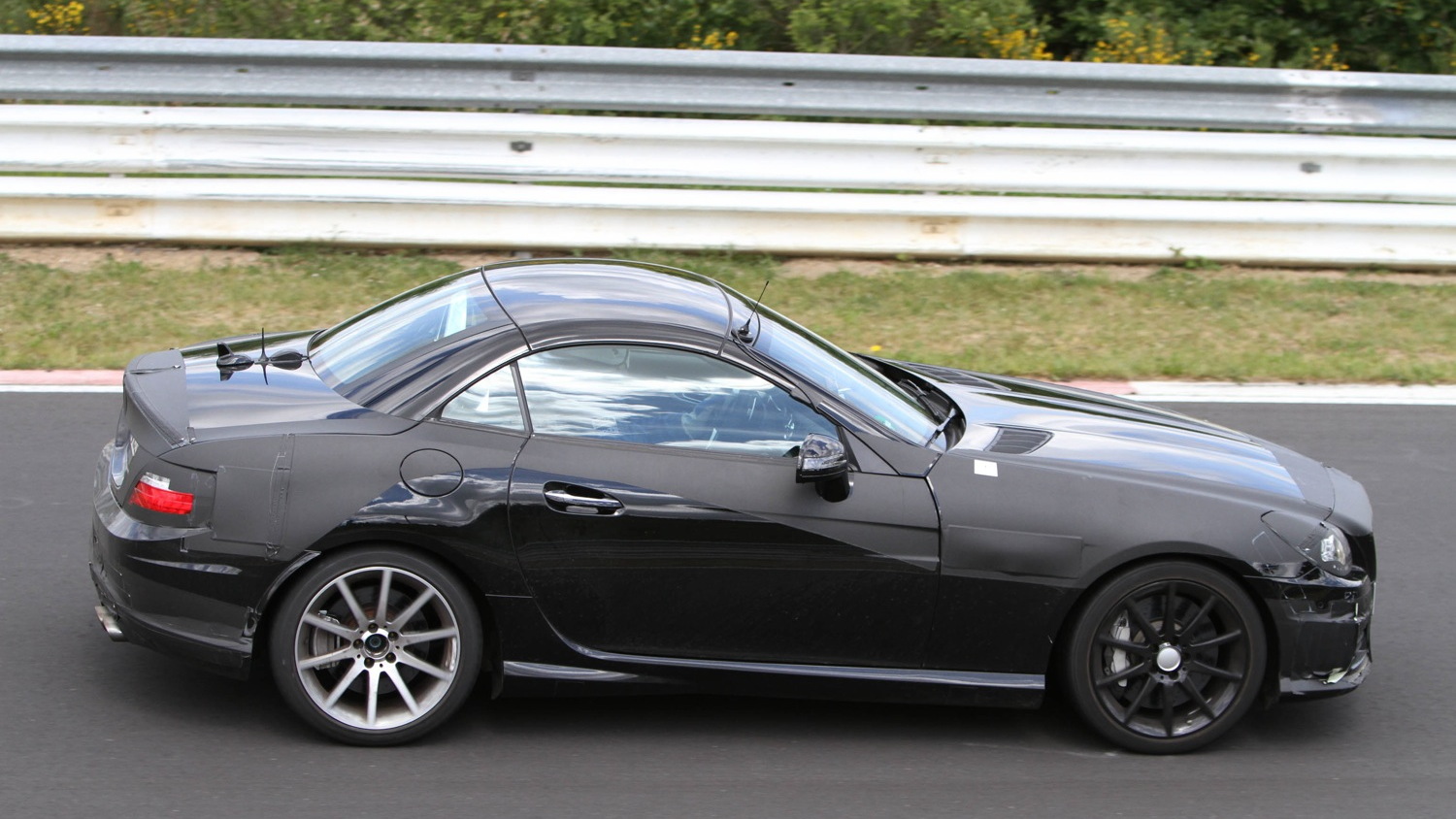 We've shown you spy shots of the upcoming AMG-powered version of the 2012 Mercedes-Benz SLK, but a fresh crop of photos reveals even more detail on the two-seat sportscar.

While taking the clearest set of photos yet, our spies says the engine sounded like a V-8, which could mean the twin-turbo AMG 5.5-liter V-8 is the roadster's source of power. At the SLK press drive earlier this year, Benz engineers wouldn't divulge the final displacement or horsepower numbers on the engine, but said to expect a dual-clutch transmission at some point in the AMG model, if not at launch.

Look for the SLK AMG to hit the streets later this year, and while you're waiting, take a glance at our first drive of the 2012 Mercedes-Benz SLK 350.