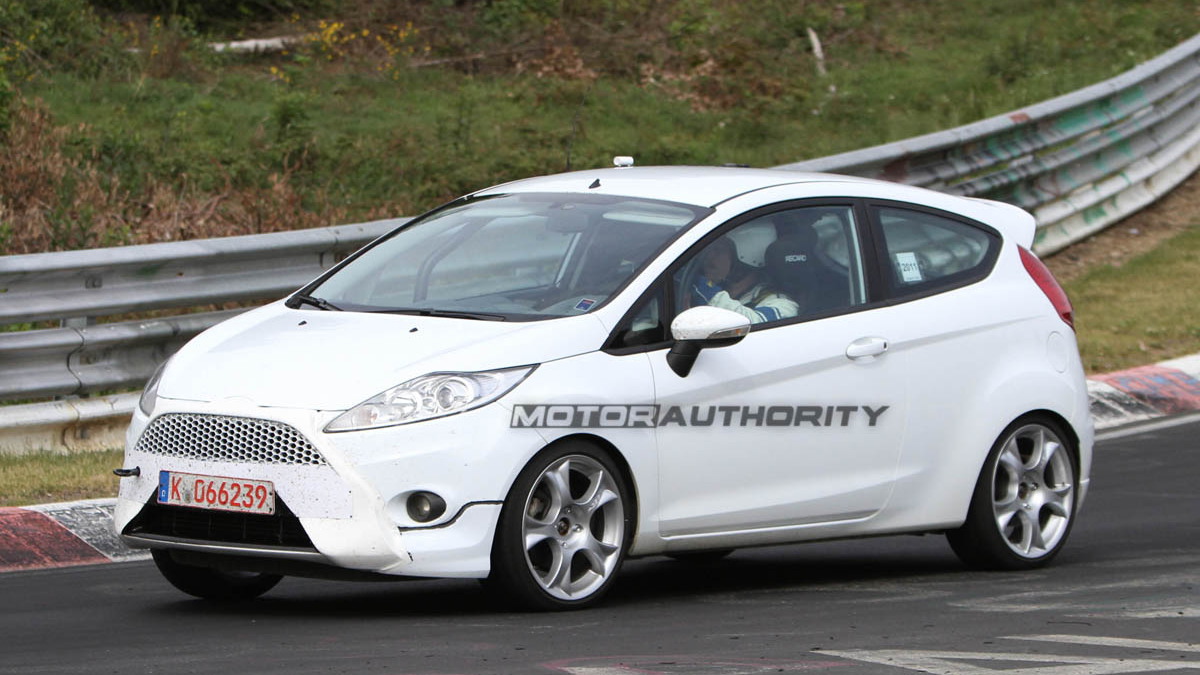 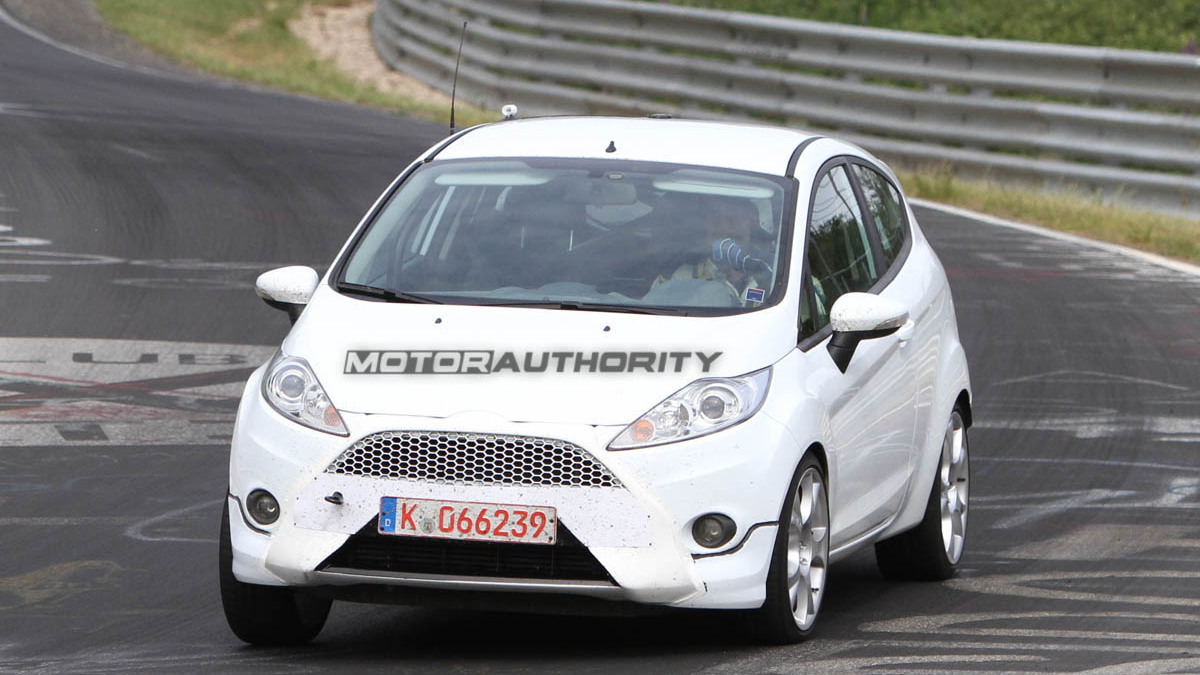 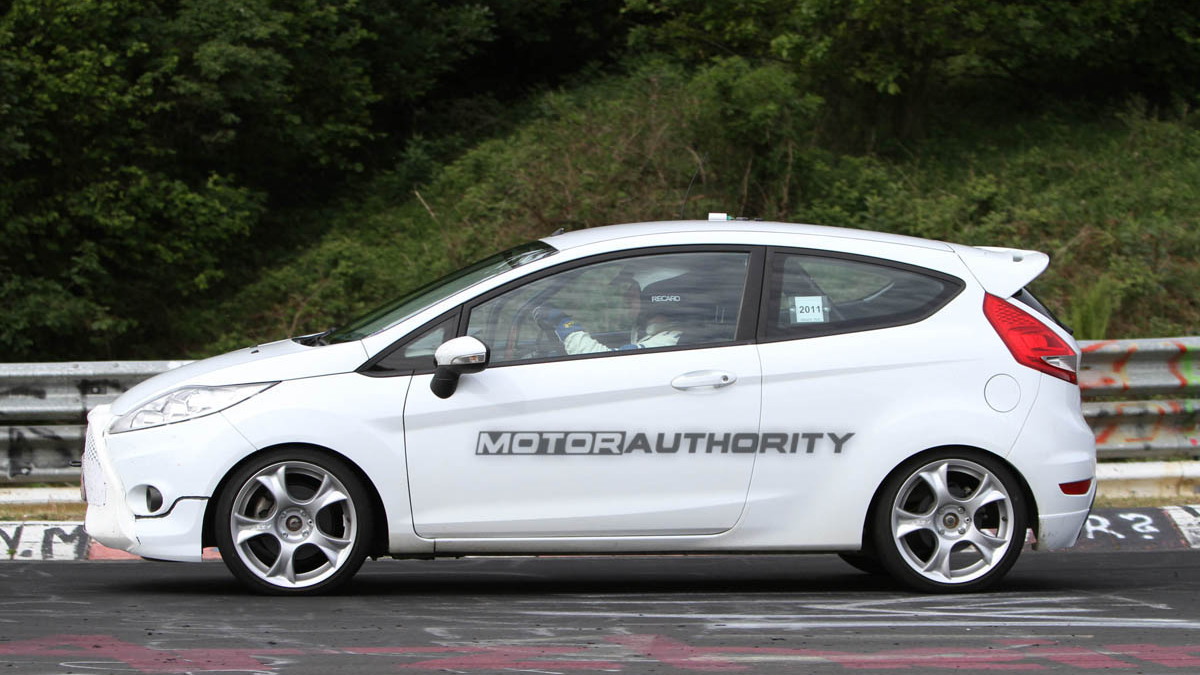 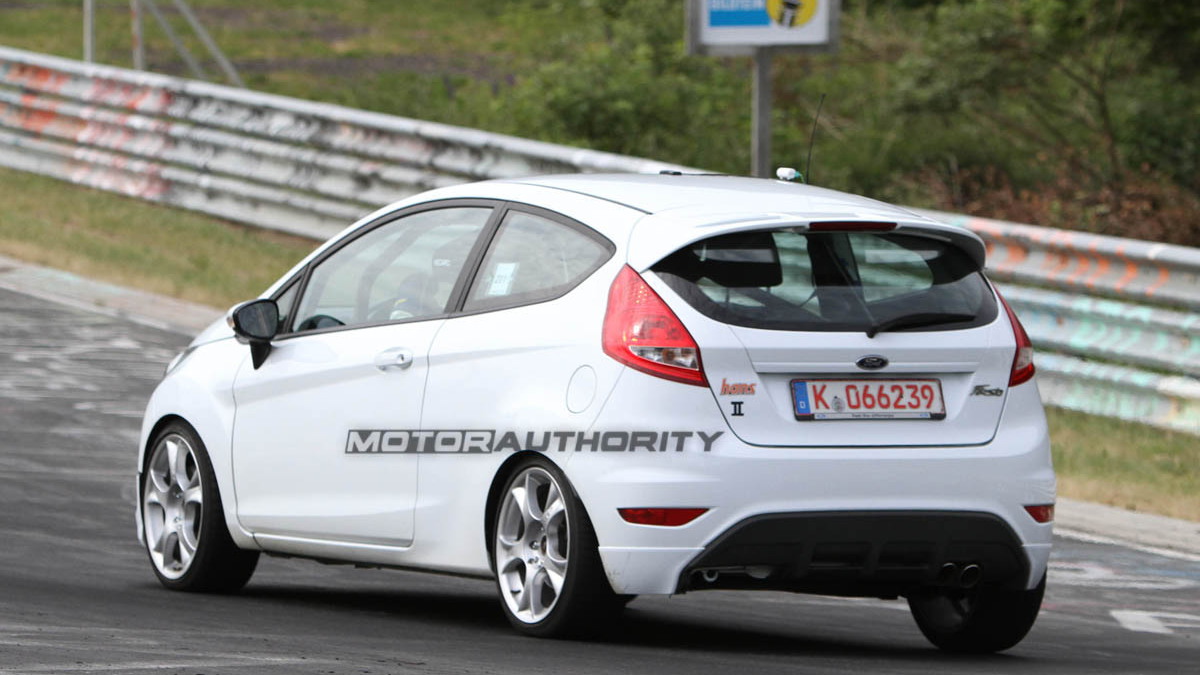 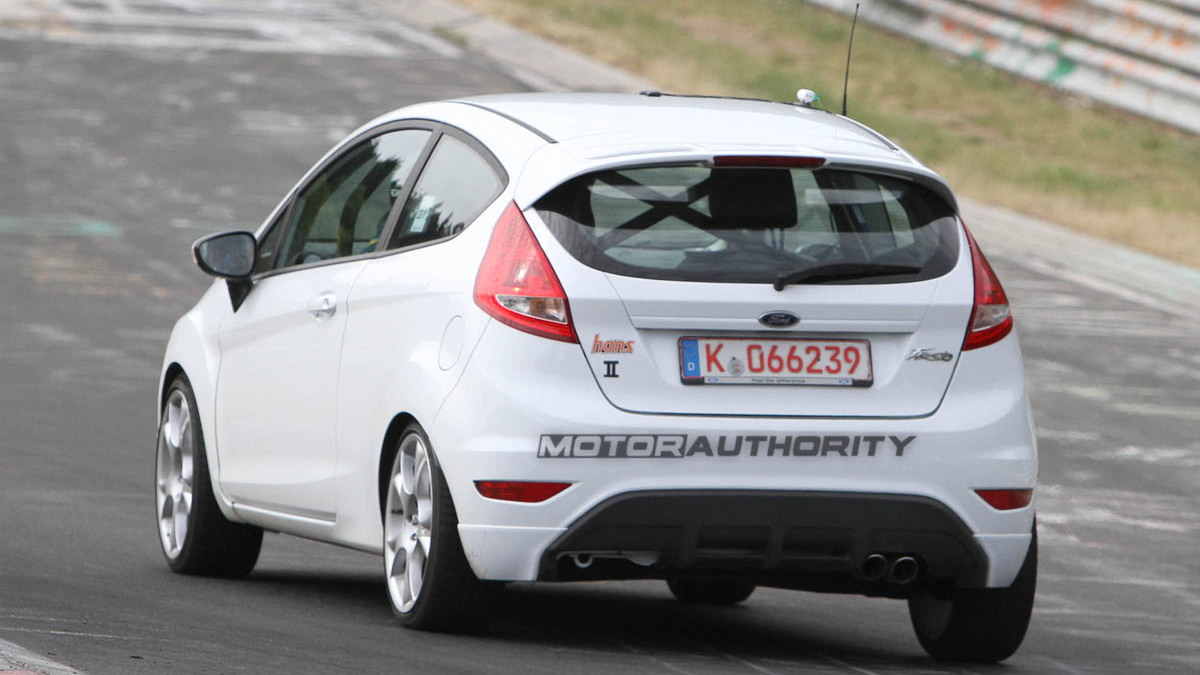 We've previously spied Ford testing its new four-cylinder EcoBoost engine in the U.S., with engineers using a sporty variant of the 2011 Ford Fiesta three-door hatchback as their guinea pig. This sporty variant will be known as the Fiesta ST when it goes on sale late next year as a 2013 model.

We’ll get our first taste of the Blue Oval’s new global effort for the ST range early next year when the bigger 2012 Ford Focus ST goes on sale. The Fiesta ST won’t bow in until after that but as we can see, Ford’s Team RS and SVT performance engineering divisions are putting prototypes through a punishing testing regime to hone performance and driving dynamics.

Today we add further to the Fiesta ST's unmasking with these shots of the car during competitive testing on the notorious Nurburgring circuit in Germany. This time, both the three-door and five-door models are out and about.

New to the game are the Recaro seats spotted in the cabin, confirming this is more than just an EcoBoosted Fiesta. A front-mount intercooler with piping on either side can clearly be seen in earlier prototypes.

Other telltale signs that this is a performance variant of the Fiesta are the dual exhaust tips, diffuser, sporty bodykit and 17 inch alloy wheels--the latter of which were probably installed to house a set of bigger brakes. Sadly, the full roll-cage seen on these prototypes won’t be a production option.

Ford is planning to introduce a new four-cylinder EcoBoost engine to the Fiesta, which suggests that the engine in this prototype also features direct injection technology. The engine is most likely based on the regular 119 horsepower 1.6-liter four-cylinder engine from the 2011 Ford Fiesta but with the aid of EcoBoost output should be closer to the 180 horsepower mark.

The previous-generation Ford Fiesta ST sold overseas was fitted with a naturally aspirated 2.0-liter Duratec engine and had 148 horsepower on tap, so expect the new 2011 model to offer a definite power bump.

The new 2013 Ford Fiesta EcoBoost should make its debut in the second half of next year, possibly with an unveiling at the Chicago or New York auto shows that same year.