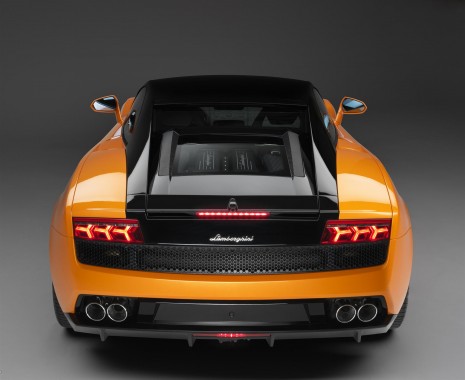 Everyone knows Lamborghini names its cars after famous fighting bulls. But those names also have Spanish meanings--and while Gallardo means "gallant" in its mother tongue, its replacement's name isn't as elegant: Cabrera means "goatherder" in Catalan and Spanish. Whatever the nominal designation, however, the Cabrera could be a powerhouse, according to the latest rumors.

We've already heard power figures in the upper-500-horsepower range for the Cabrera, but the latest talk centers around an even bigger figure: 600 horsepower, plus a supercharger. Fans of all things fast will smile with glee if that bit proves true, recognizing the easy aftermarket potential for a factory-forced-induction setup.

Beyond those new pieces of information, however, the Cabrera's nature is largely as previously speculated: lots of lightweight carbon fiber reinforced plastic (CFRP) and other weight-saving measures, all-wheel drive, a V-10 engine, and familiar, if updated, Lamborghini styling.

For more on Lamborghini's future plans, be sure to check out our preview here.