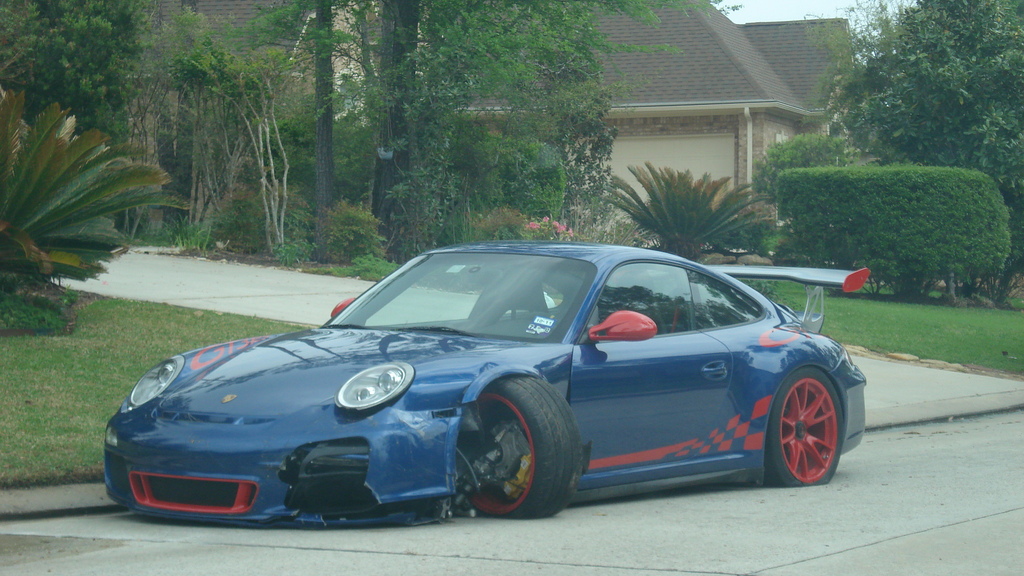 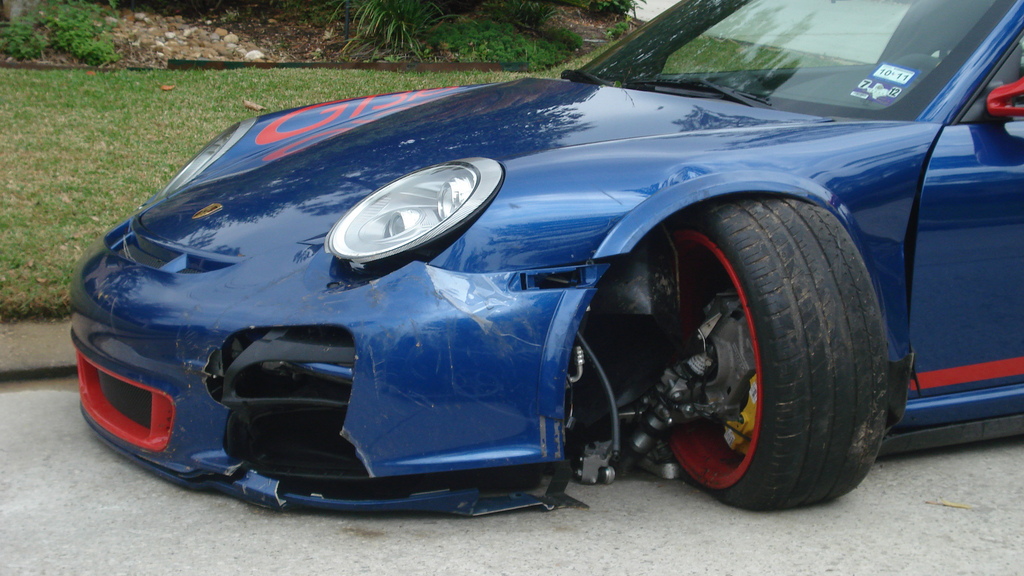 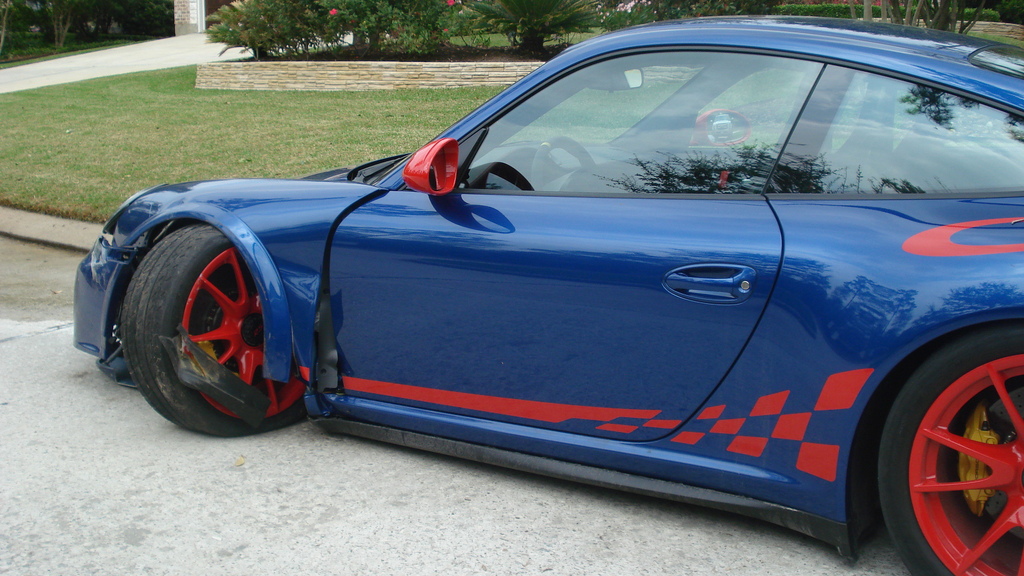 3
photos
We don’t have complete details on this one but it’s believed the driver of this recently bought Porsche 911 GT3 RS suffered a crash, and then attempted to drive the wrecked car home. This in turn led to the much more severe damage you see here, namely, the cracked front axle.

These photos of the wrecked car, which were taken somewhere in Woodlands, Texas, were posted by a forum member over at Houston-Imports. Going by the name of Mr. MCoupe, the person posting the photos also commented: “Need to learn how to drive it.....especially in the combat zone of the Woodlands, TX."

According to another poster, the driver of the Porsche hit a curb at some speed, resulting in most of the damage you see here.

It begs the question, why would you ever attempt to drive home a wrecked car?

Incidentally, if you’re wondering about the strange color scheme, remember that this was a Porsche 911 GT3 RS, which is offered from the factory with the bright red paint scheme for the wheels and detailing.

Described as one of the most sporting 911s on sale, the GT3 RS comes into the world with the same 3.8-liter naturally aspirated flat six as the regular GT3 but with a healthier 444 horsepower. Add to this, more power, less weight and shorter transmission ratios, and you have a recipe for disaster when ill-experienced drivers get behind the wheel. For more details on the car, check out our original post by clicking here.