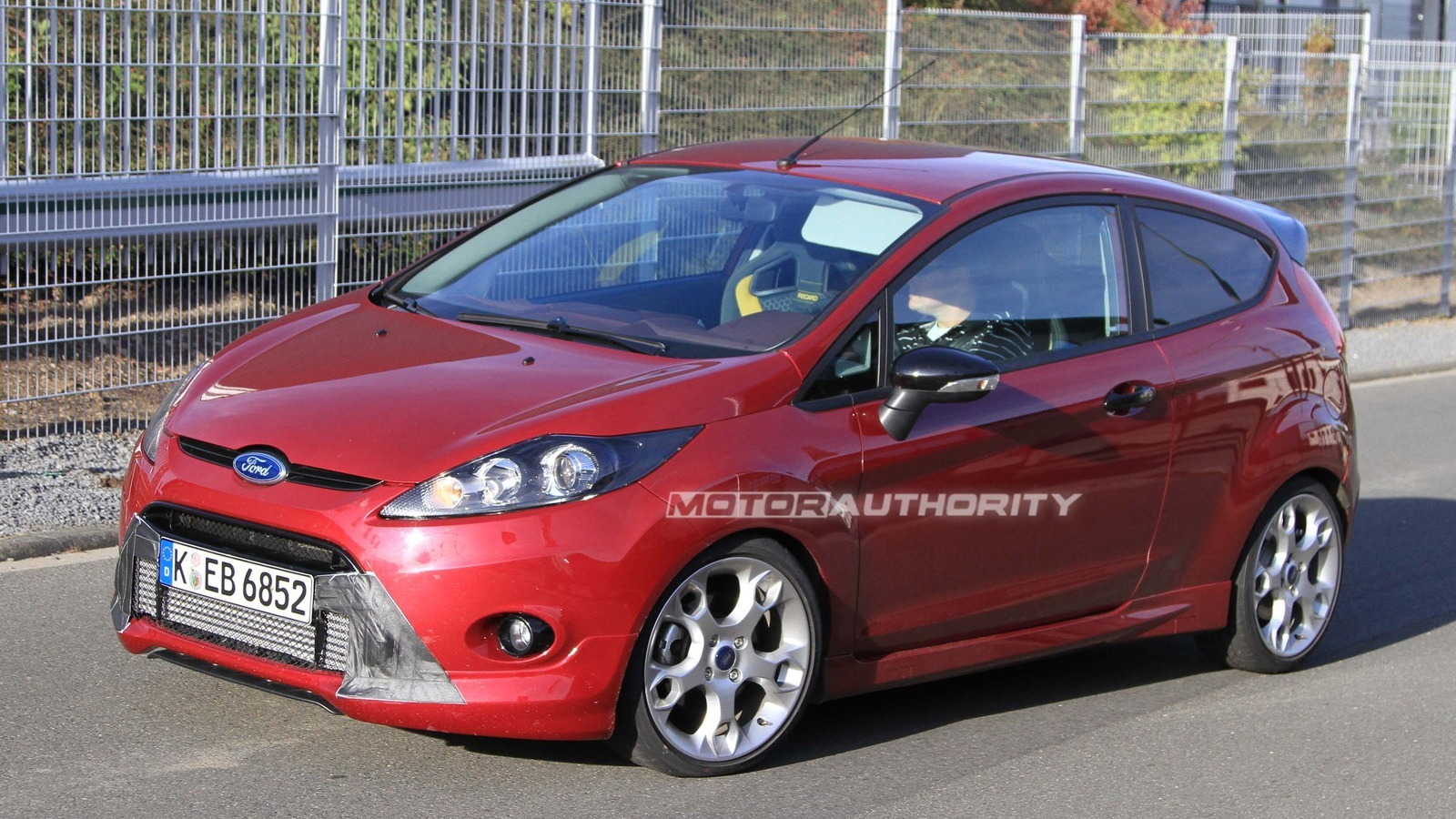 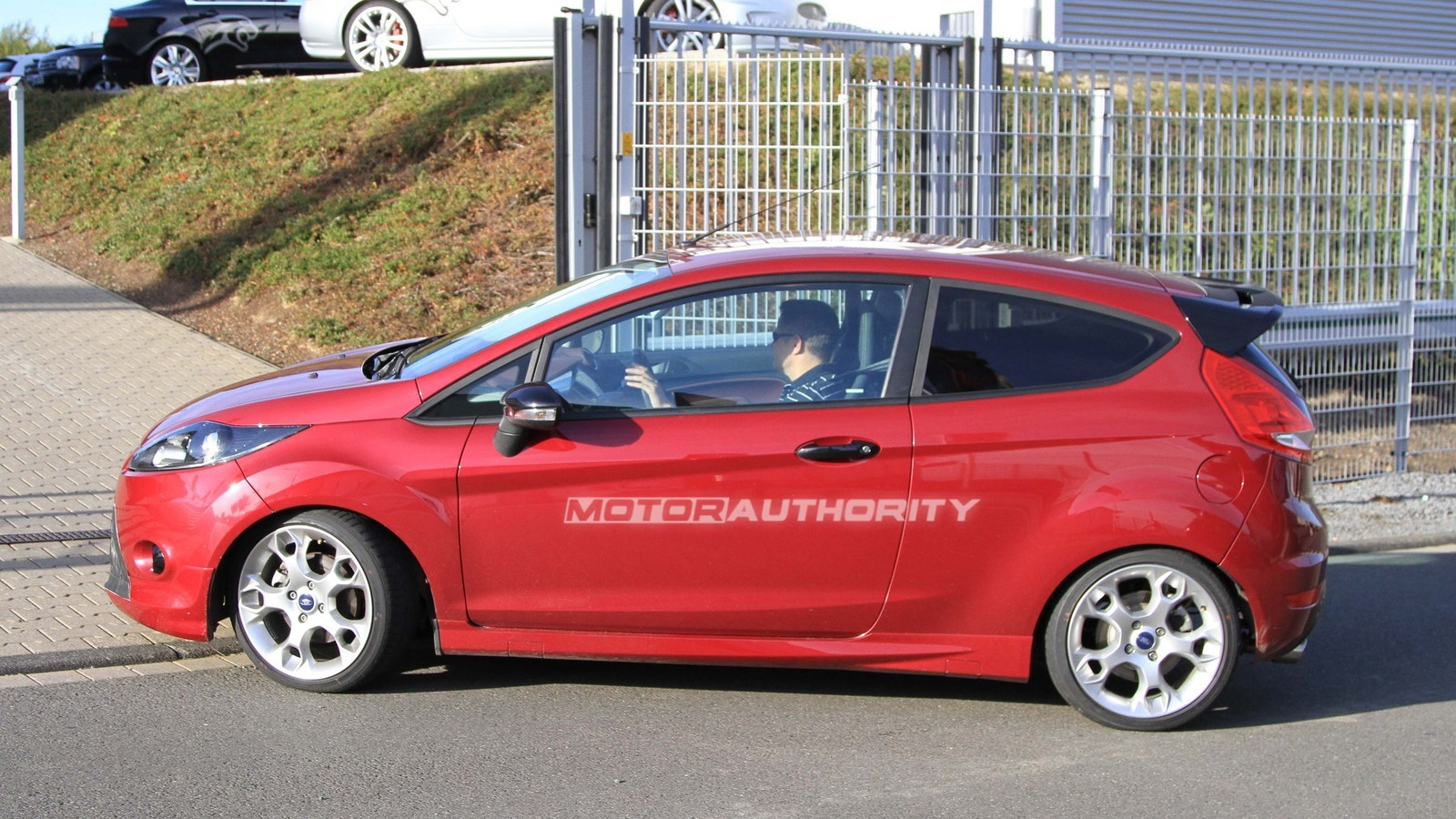 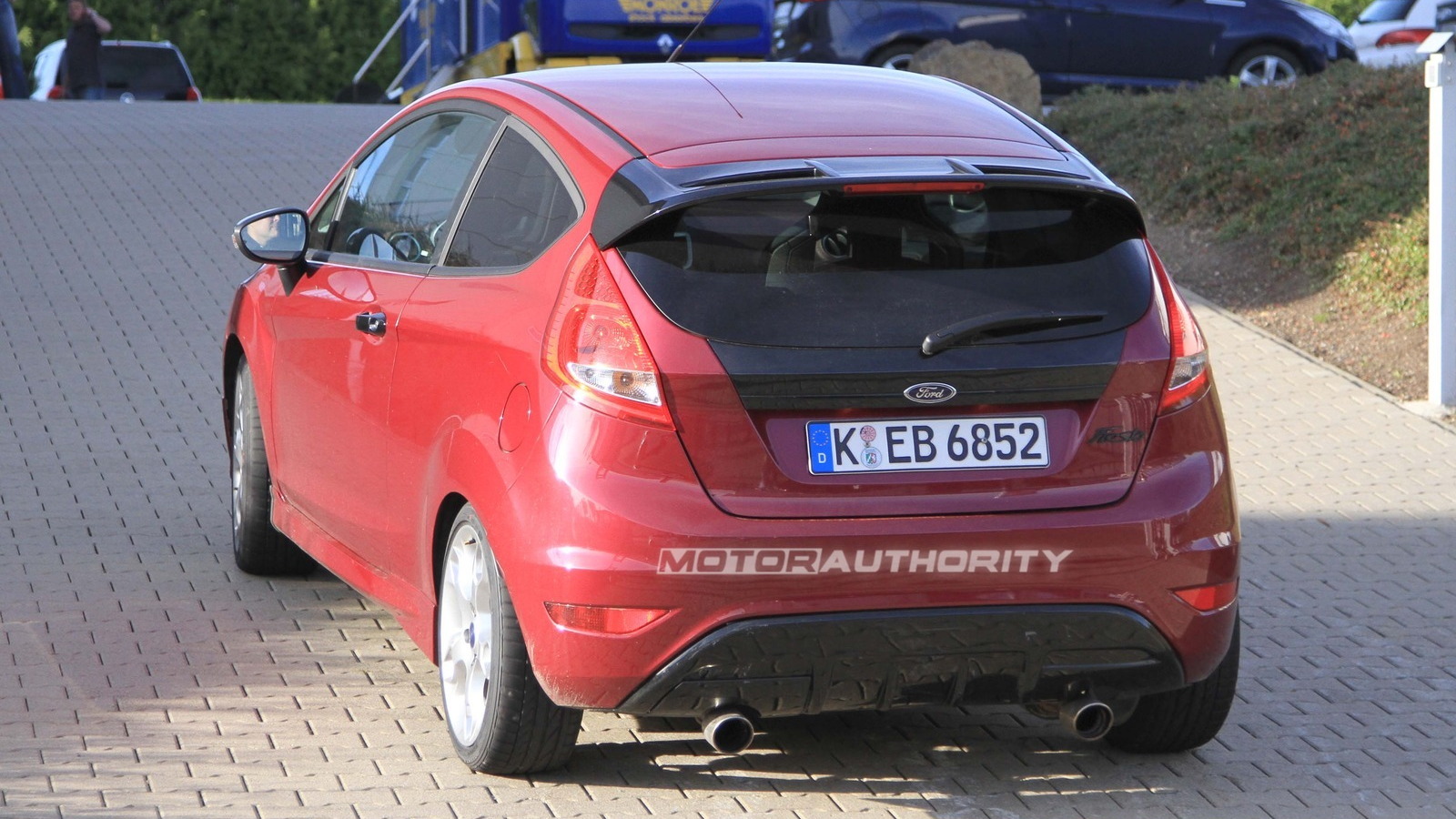 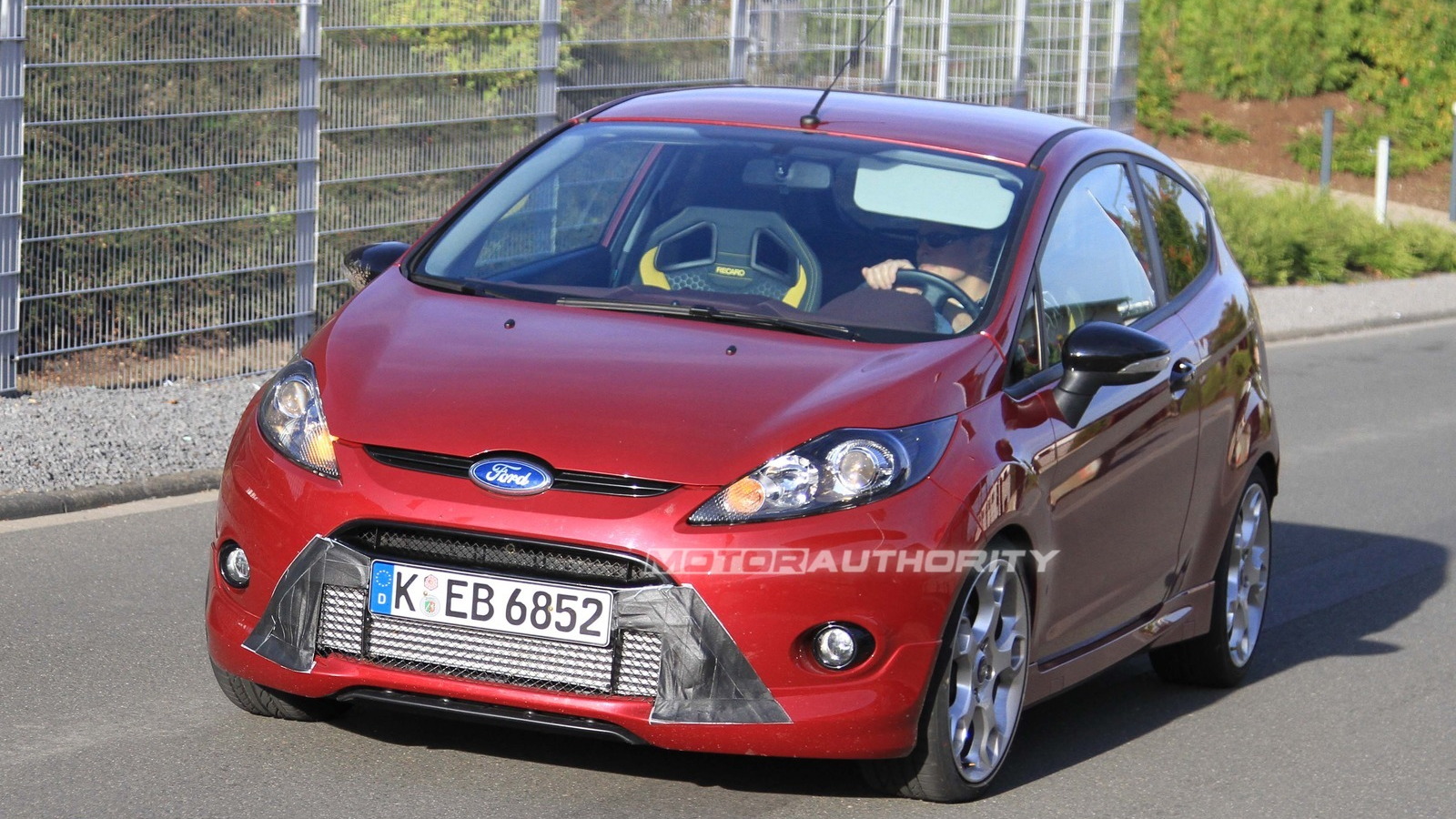 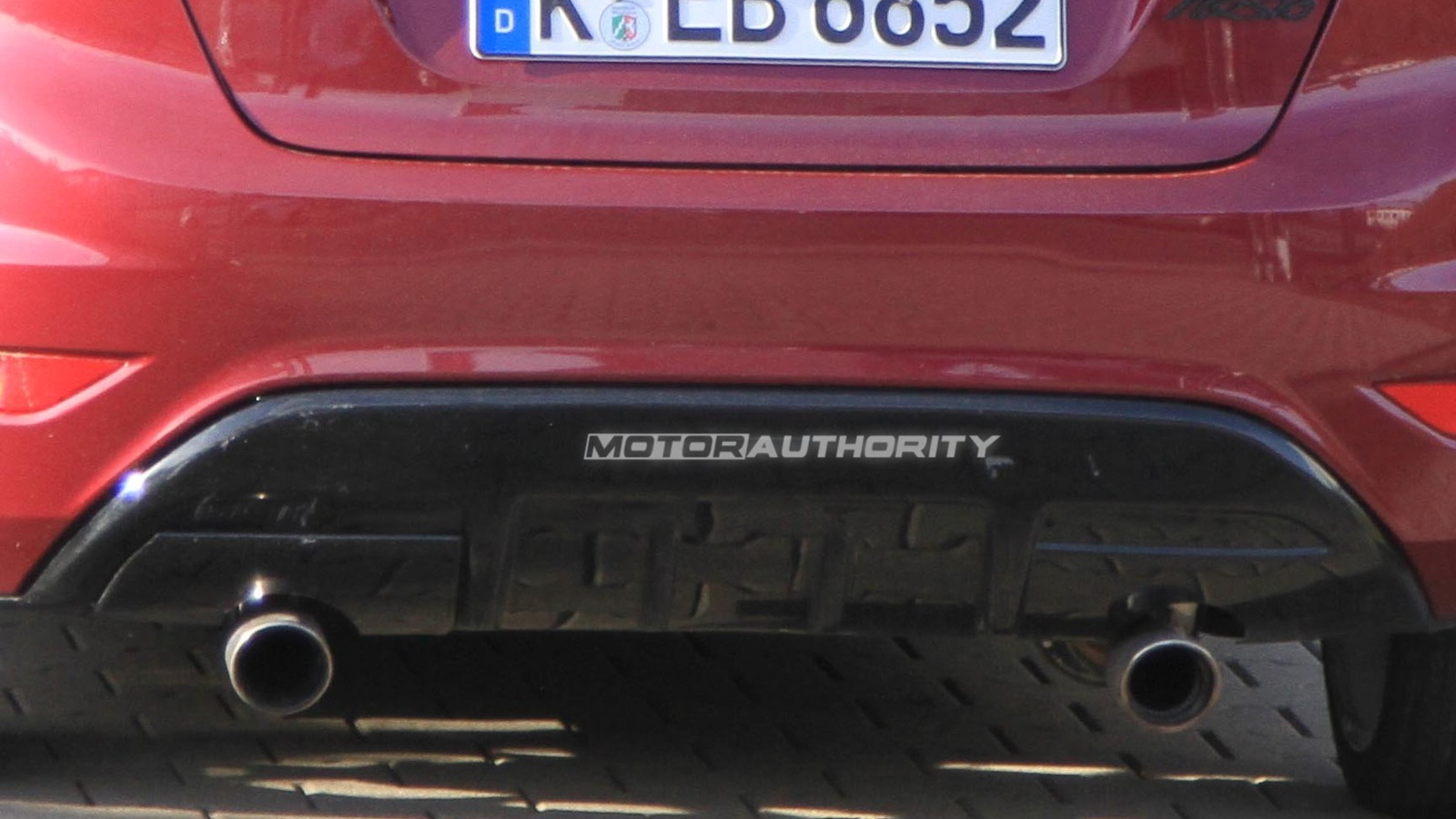 We've seen the spy shots of Ford's upcoming pint-sized powerhouse, the Fiesta ST. With a turbo four-cylinder under the hood, an aggressive look, and an automotive Napoleon complex, it's potentially the most interesting hot hatch on the near horizon. Today's rumor mill has ground out a tidbit that makes it even more tempting: output of 180 horsepower.

That's not much in these days of 550-plus horsepower turbo V-8s, but in the Fiesta's compact, relatively lightweight package, it could be a lot. It's certainly enough to move it beyond the nimble-but-uninspiring dynamics of the standard Fiesta. Mix in a better suspension setup, larger, grippier tires, and the looks to match, and it's a recipe for economical fun.

Previous reports had pegged the Fiesta ST at 170 horsepower max--close to the 180 mark, but with that as the ceiling, hopes weren't as high for its ultimate fun factor. The rumors today are anything but solid, but they do raise the potential for the car.

We'll have to wait until some time in 2012, possibly late in the year, for the car's launch, however, and it's still not confirmed for the U.S. like its bigger brother, the 2012 Focus ST. The Focus ST will arrive here in the States in early 2012, and while it's larger and more powerful than the Fiesta variant, it may grab some buyers that aren't willing to wait.

Which would you pick? A Focus ST now, or a Fiesta ST later?