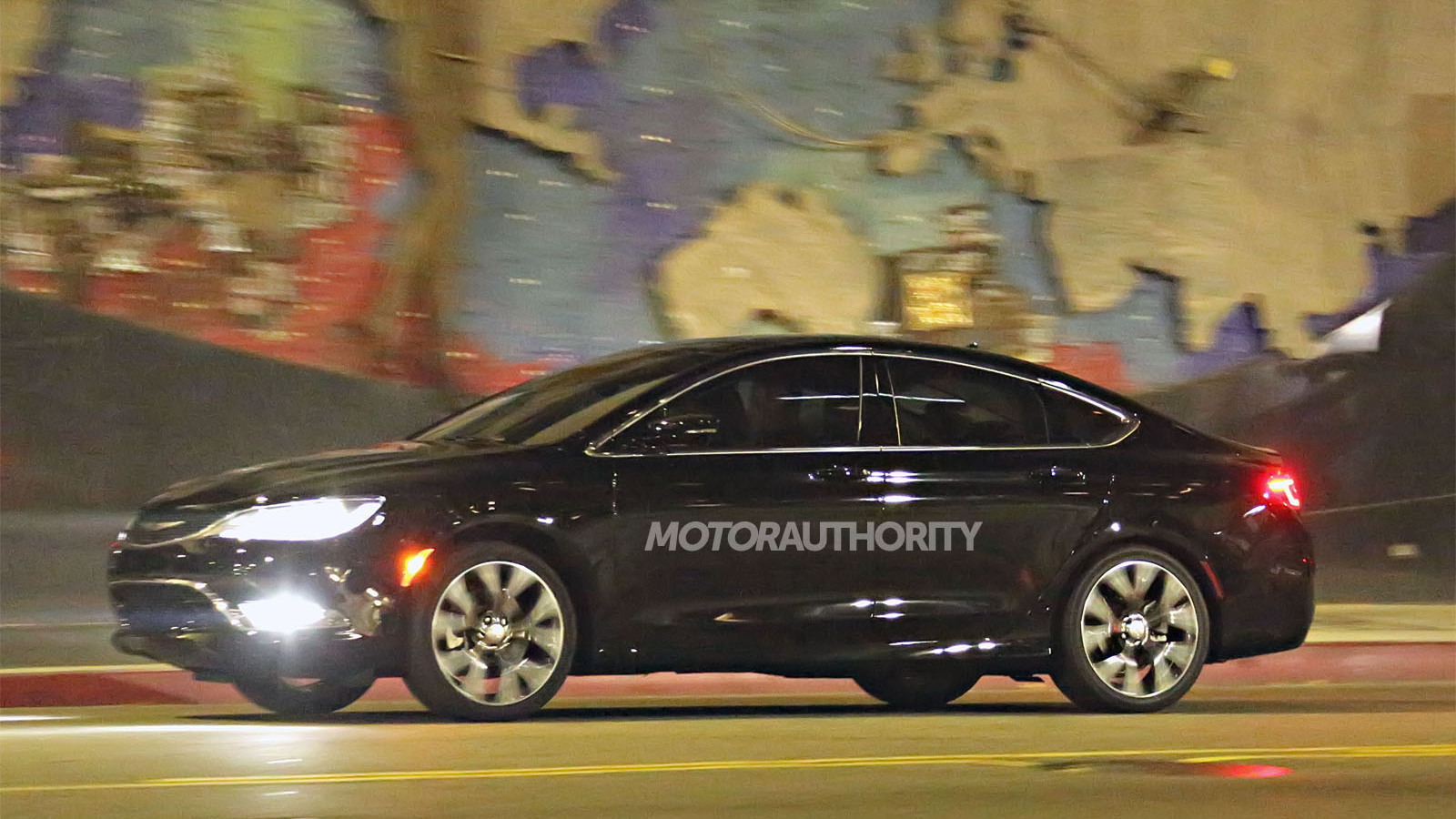 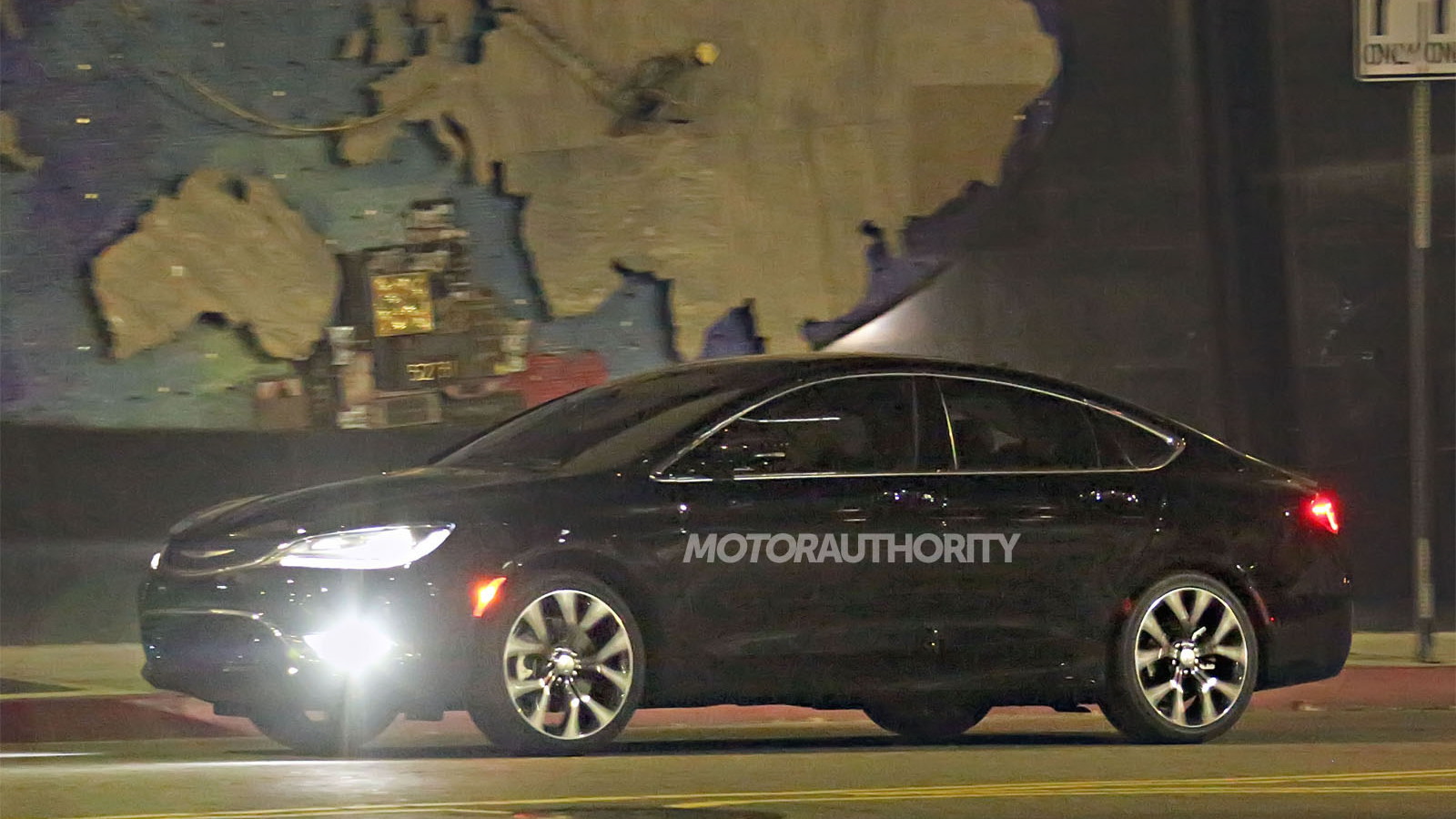 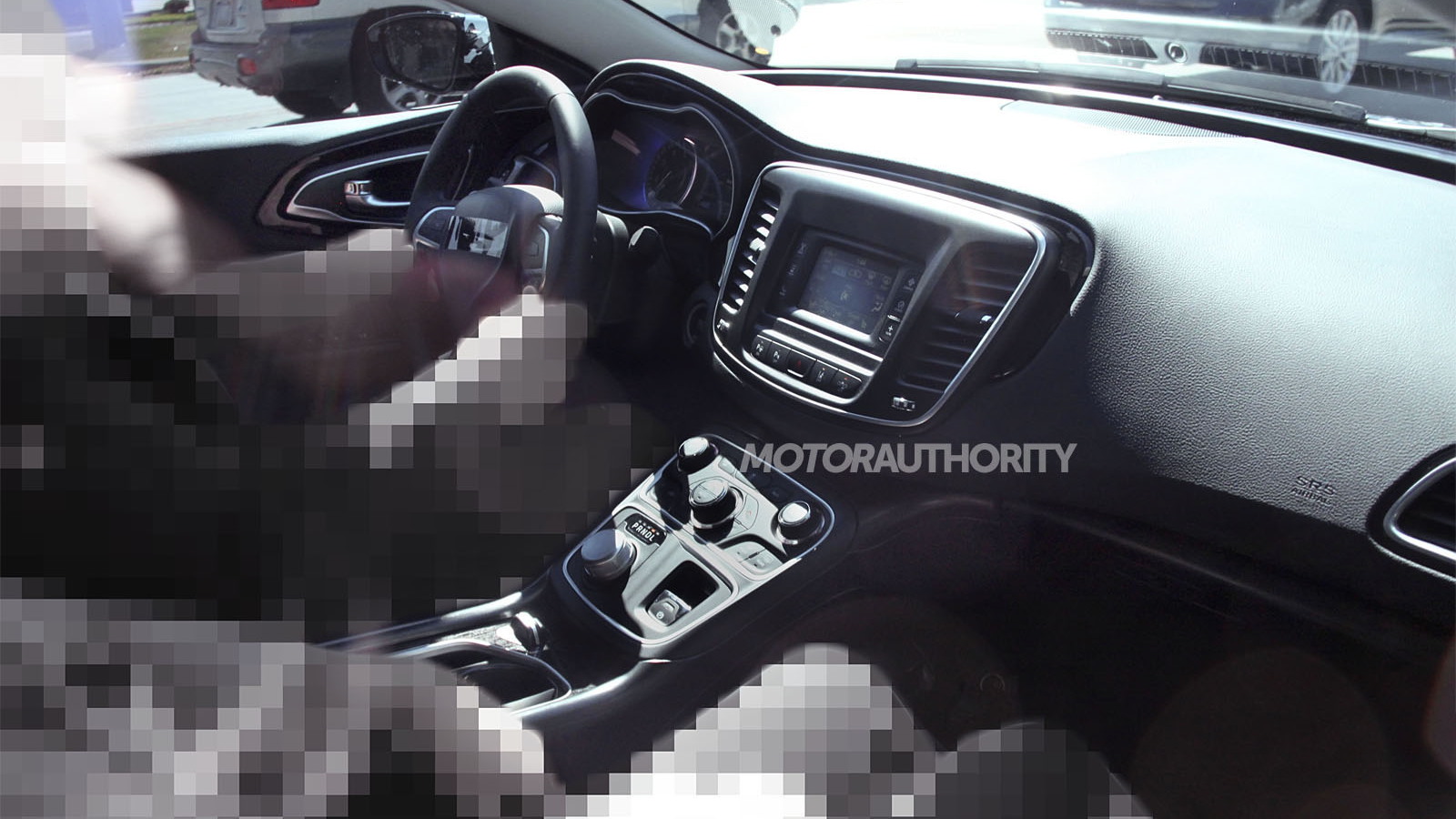 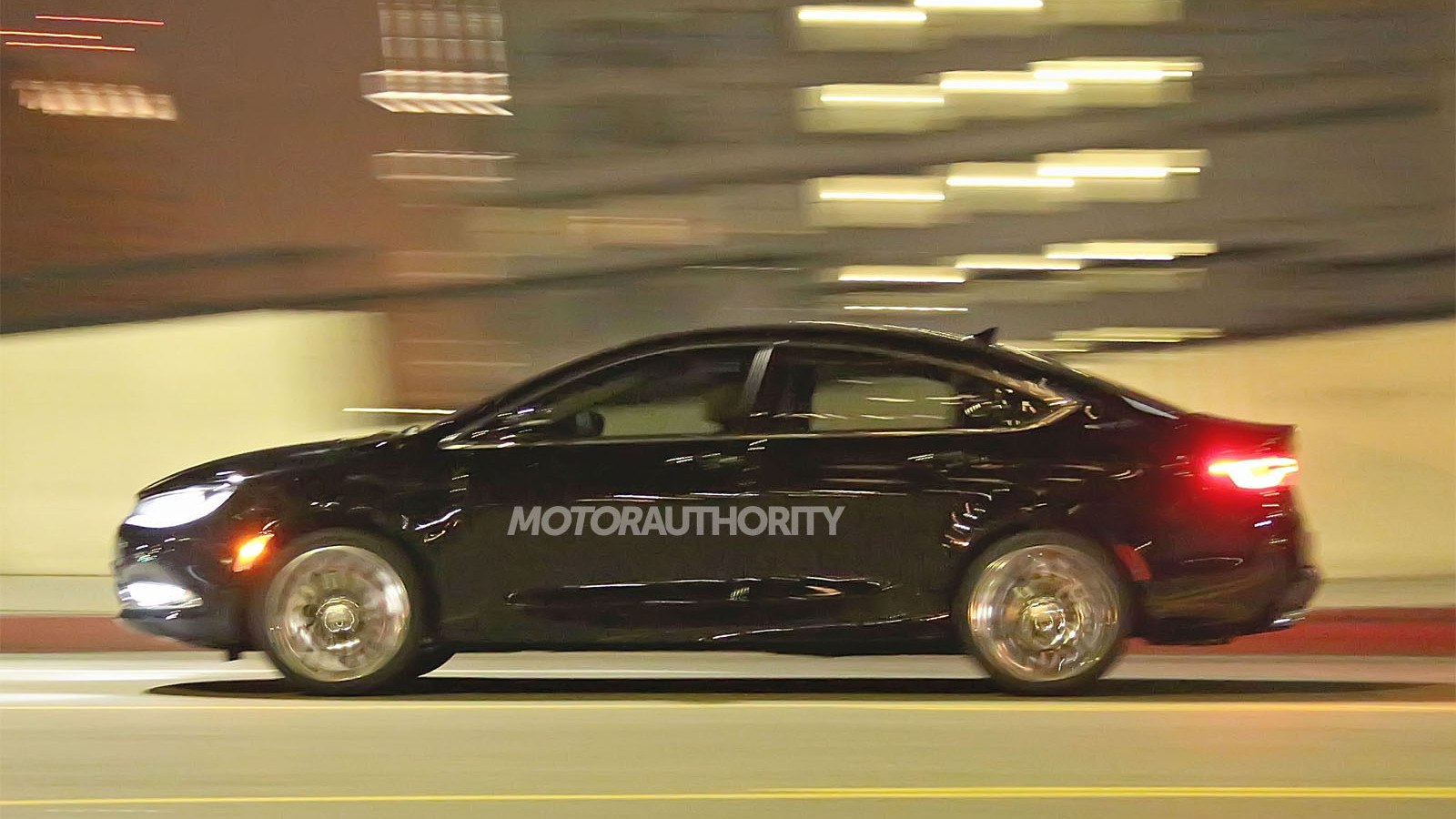 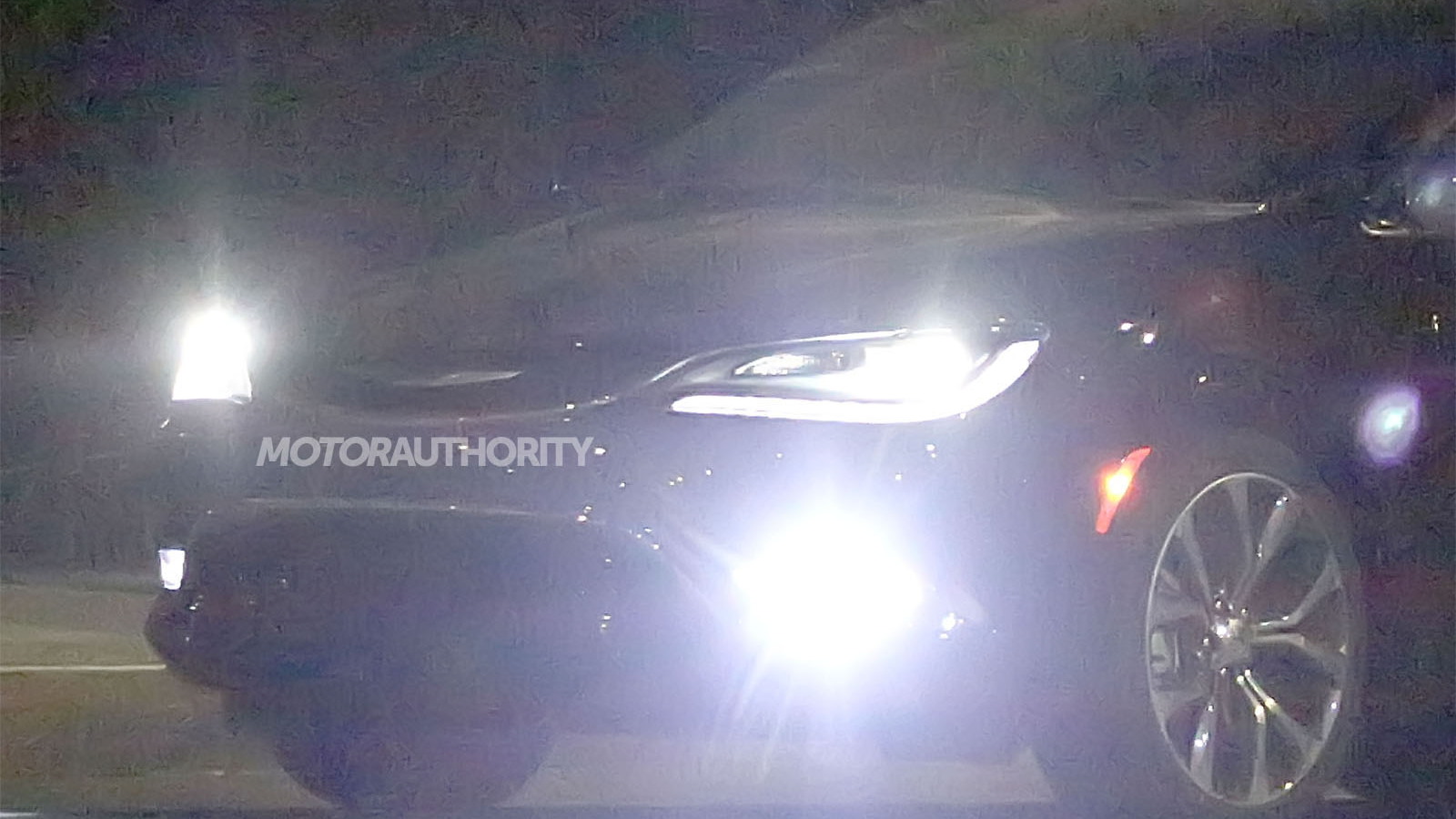 13
photos
The current Chrysler 200 was a substantive improvement over the previous Sebring, which many considered to be such a poorly executed car that it became a byword for low quality. Soon, Chrysler will replace the much-improved 200 with an even better car--or so it hopes--in the form of the 2015 Chrysler 200, spied for the first time here.

As you can see, the exterior design is considerably more attractive than the rather awkward shell of the current 200, shedding its budget-bred lines for much more elegant curves. Even under the poor lighting of a night photo shoot, the car our spies are calling a Fusion-fighter comes off well, especially given its Dodge Dart-based underpinnings.

The proportions give it an athletic pose, with a short hood and trunk, small overhangs, and a generally flowing, smooth design. LED headlights and tail lights further embrace the modern style, giving the 200 the completely fresh look it so badly needs. 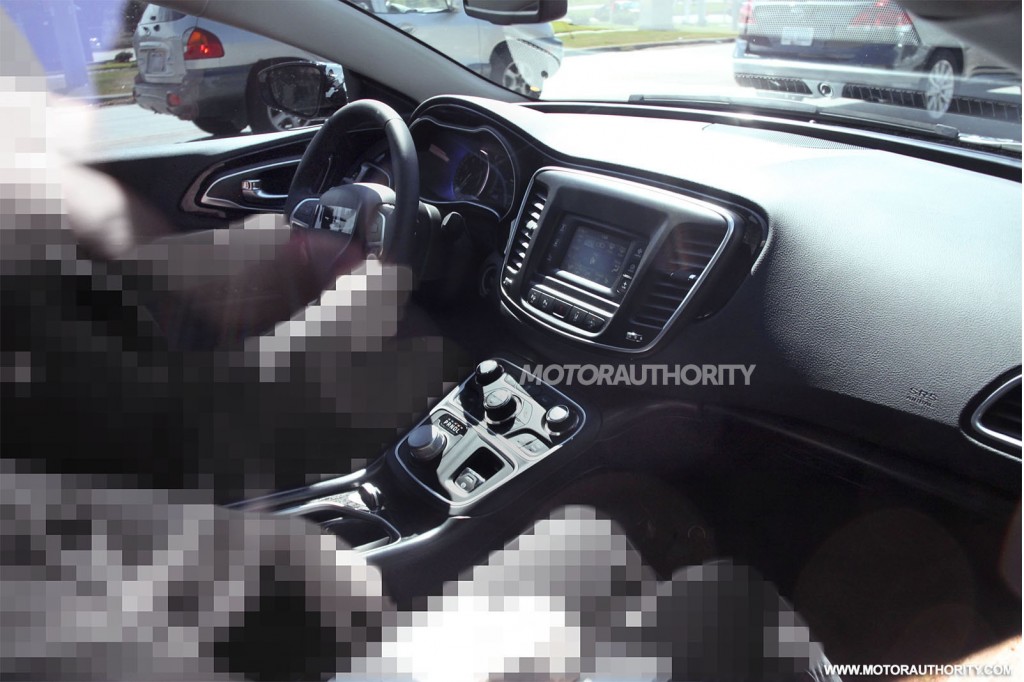 The interior of the 2015 Chrysler 200 is much-improved as well, fully brought into the modern era of wide, high center stacks and more graceful wraparound dashboard covers. The door handles even stand out, almost echoing the stylishly utilitarian units in the Audi A7--in shape, at least.

The display screen in the model spied is a bit under-sized, but we wouldn't be surprised to see Chrysler offer a larger Uconnect system in upper-trim models.

While the exterior and interior design language and apparent quality have risen drastically on the car spied in these photos, it remains to be seen what will lie under the hood of the new 2015 Chrysler 200. It's likely that the base model will sport a 184-horsepower Tigershark 2.4-liter four-cylinder engine. Higher-trim models will also likely offer an upgrade to the new 3.2-liter Pentastar V-6 rated at about 271 horsepower. Chrysler's new 9-speed automatic transmission is also tipped to get duty in the new 200, possibly throughout the model range as Chrysler seeks to maximize gas mileage.