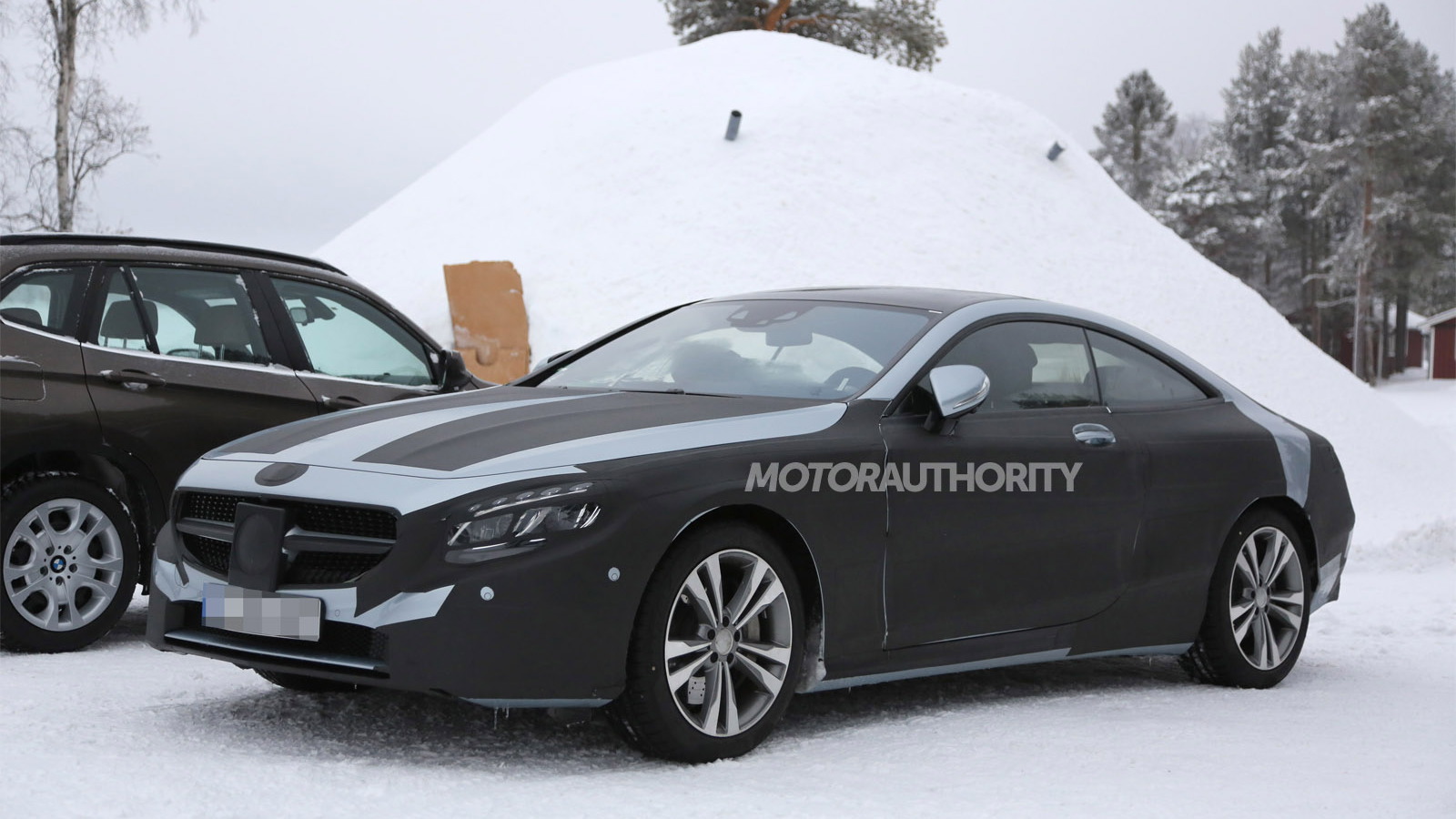 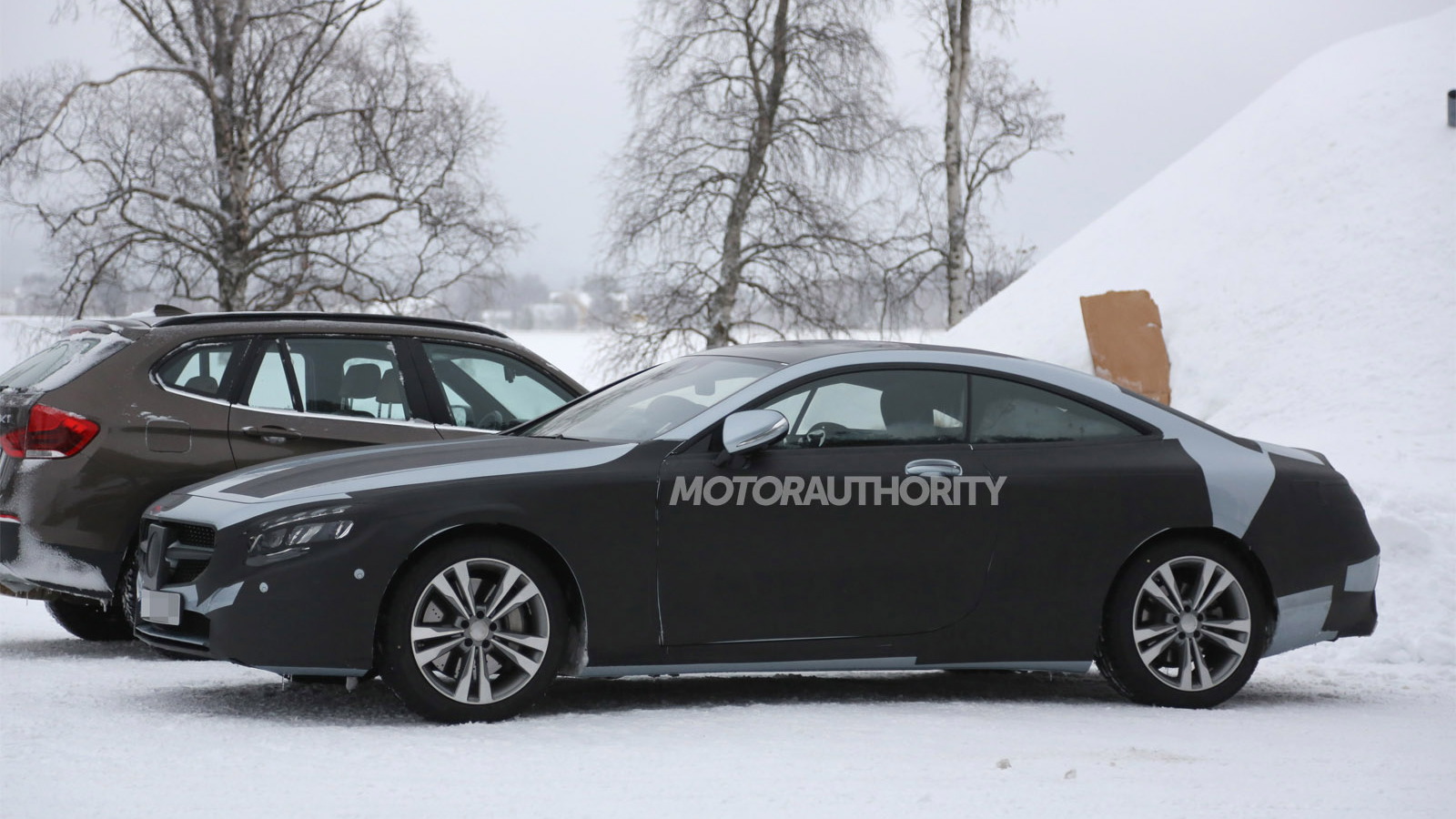 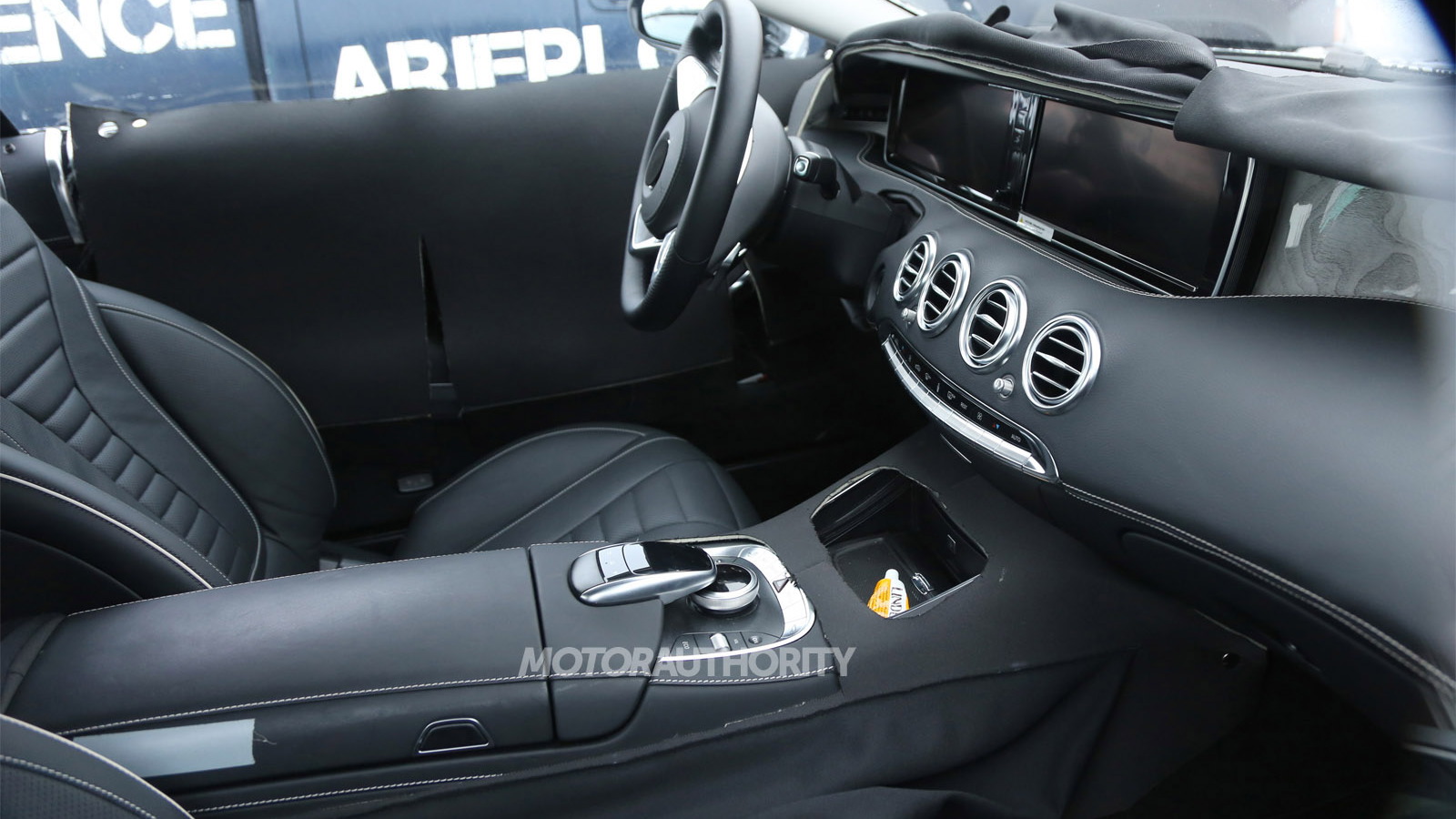 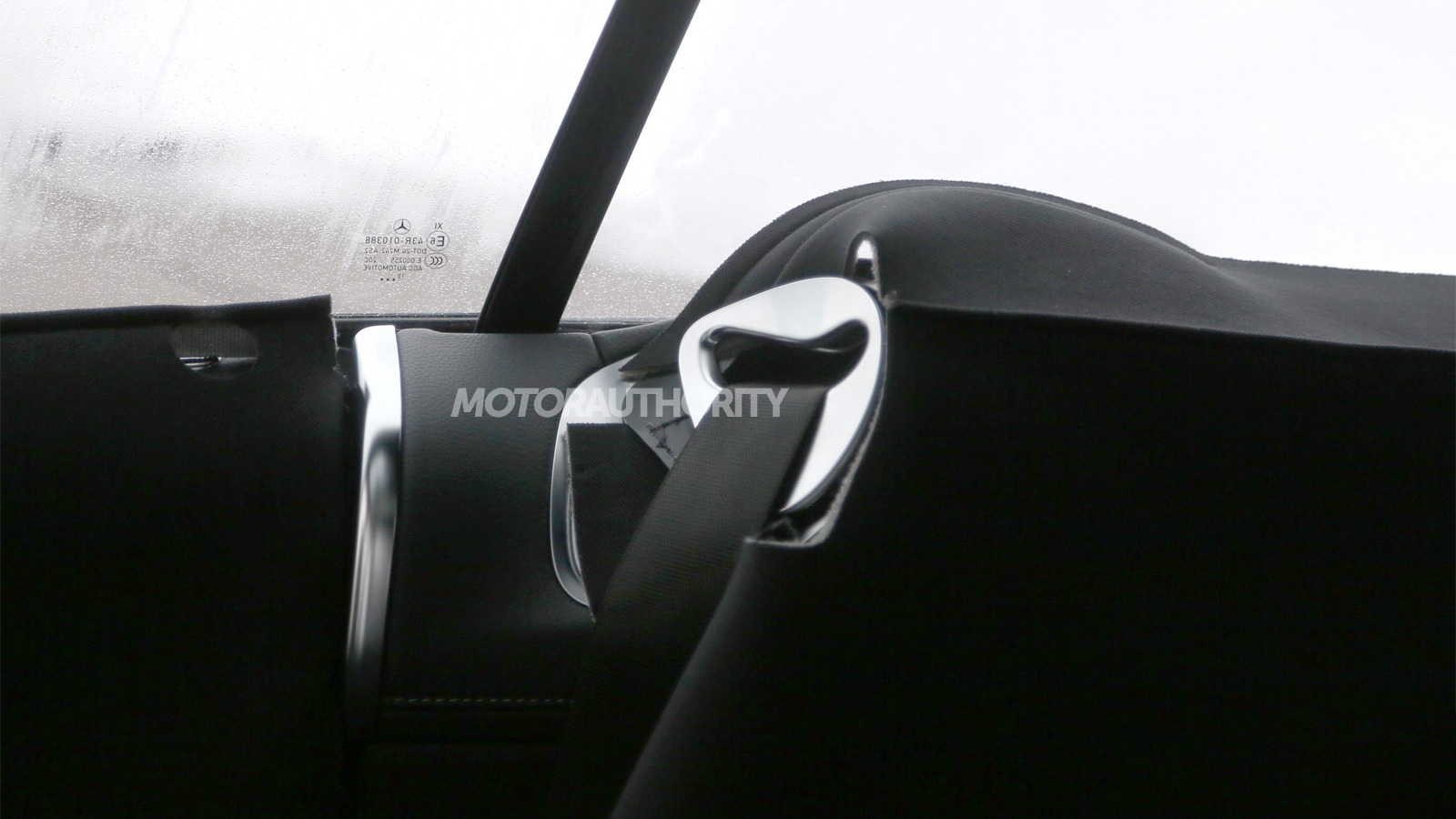 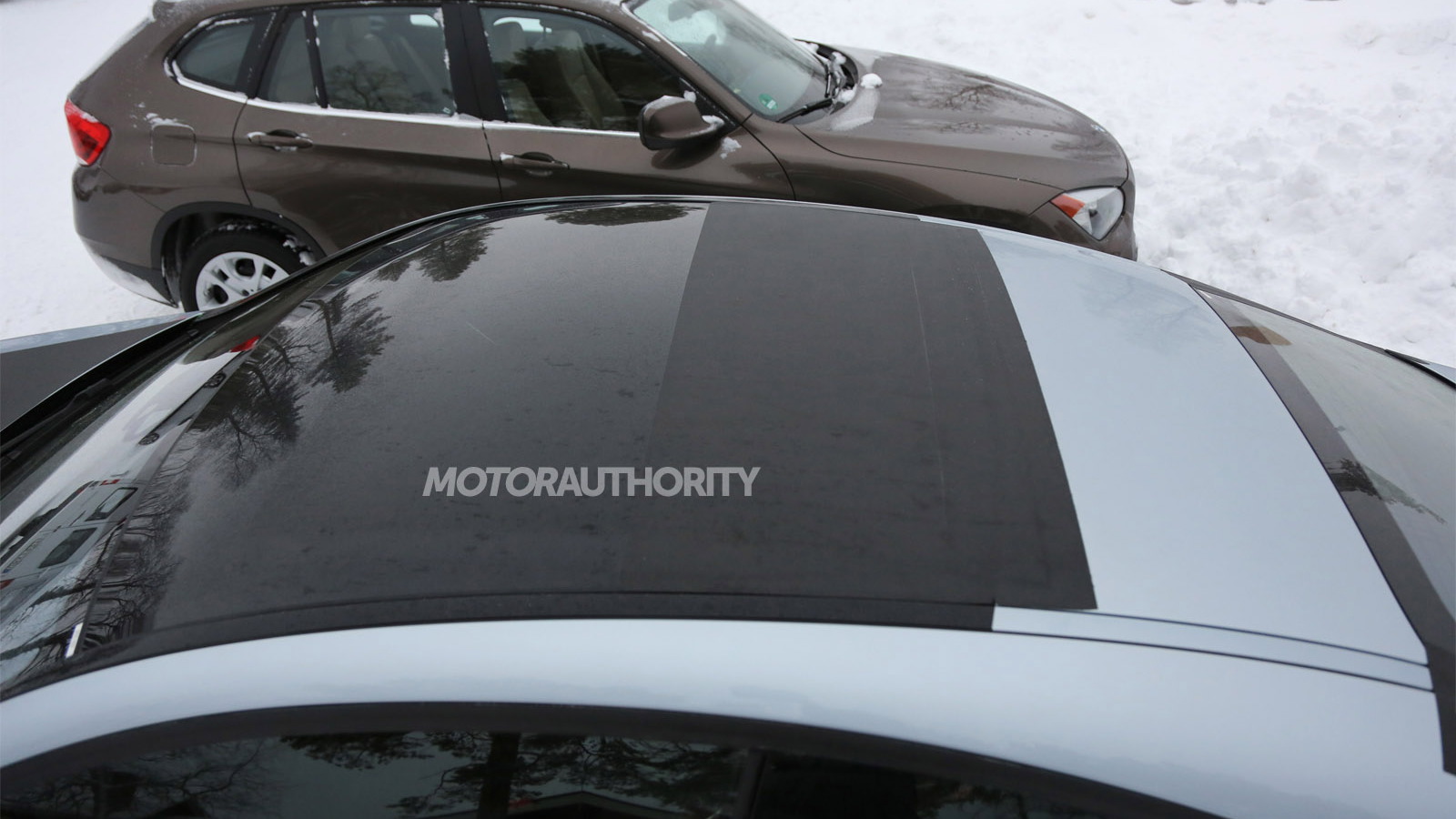 72
photos
The 2015 Mercedes-Benz S-Class Coupe is on its way, and the latest images give us the best view of the car yet, in both standard S-Class coupe form and with what appears to be an AMG aero package. Details at the front and rear are clear, revealing a direct link to the S-Class sedan's styling, though with some notable alterations to the hood for the coupe's sleeker form.

Mercedes is creating a whole family of S-Class variants this time around, including the regular sedan, the long-wheelbase version we get standard in the U.S., a new ‘Pullman’ limousine designed to replace the Maybach range, an S-Class Cabrio and this new S-Class Coupe. A sixth variant is planned, though Mercedes remains tight-lipped on what it will be. Possibilities include a four-door coupe, shooting brake or perhaps even another Landaulet.

At the nose, it's adopting more of the recent redesigns seen on other Mercedes models, though a bit more dramatic than is typical for the conservatively styled S-Class sedan, with a slightly more protruding grille area, swept-back headlights, and a domed, sculpted hood.

Inside, the look matches that of the cabin found in the 2014 S-Class sedan, though there are some subtle differences. This prototype has a three-spoke steering wheel instead of the two-spoke unit fitted to the sedan. It's also missing the clock located in between the central air-conditioner units on the sedan.

A new modular platform, codenamed "MRA", will underpin the entire S-Class range, enabling the construction of additional variants such as the coupe and cabrio while retaining the common styling and mechanical elements. The MRA platform is expected to offer revised suspension design for improved ride and handling, while also shedding weight through greater use of high-tensile steels, aluminum, and composites.

As always, the next-generation S-Class remains a leader in the in-car technology category, from safety to infotainment, and the S-Class Coupe will share in that bounty. From the autonomous driving ability that will be an industry first in a production car, to collision-avoidance and park assist, to the latest iteration of COMAND, the S-Class forges new territory while covering all of the existing bases.

We should know more about this coupe version as we approach the car’s reveal around the middle of 2014. In the meantime, click here to watch a prototype in our exclusive spy video.