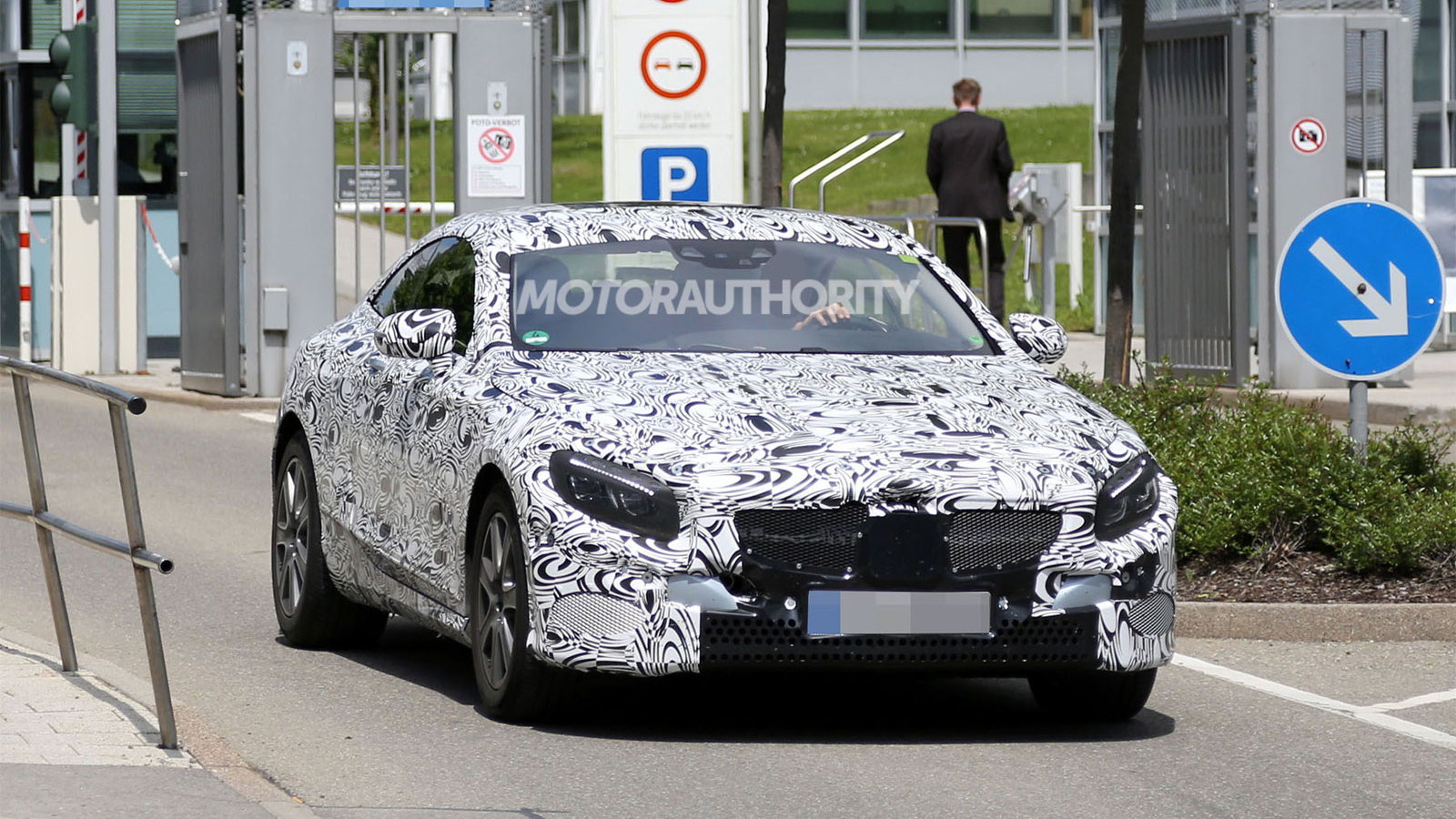 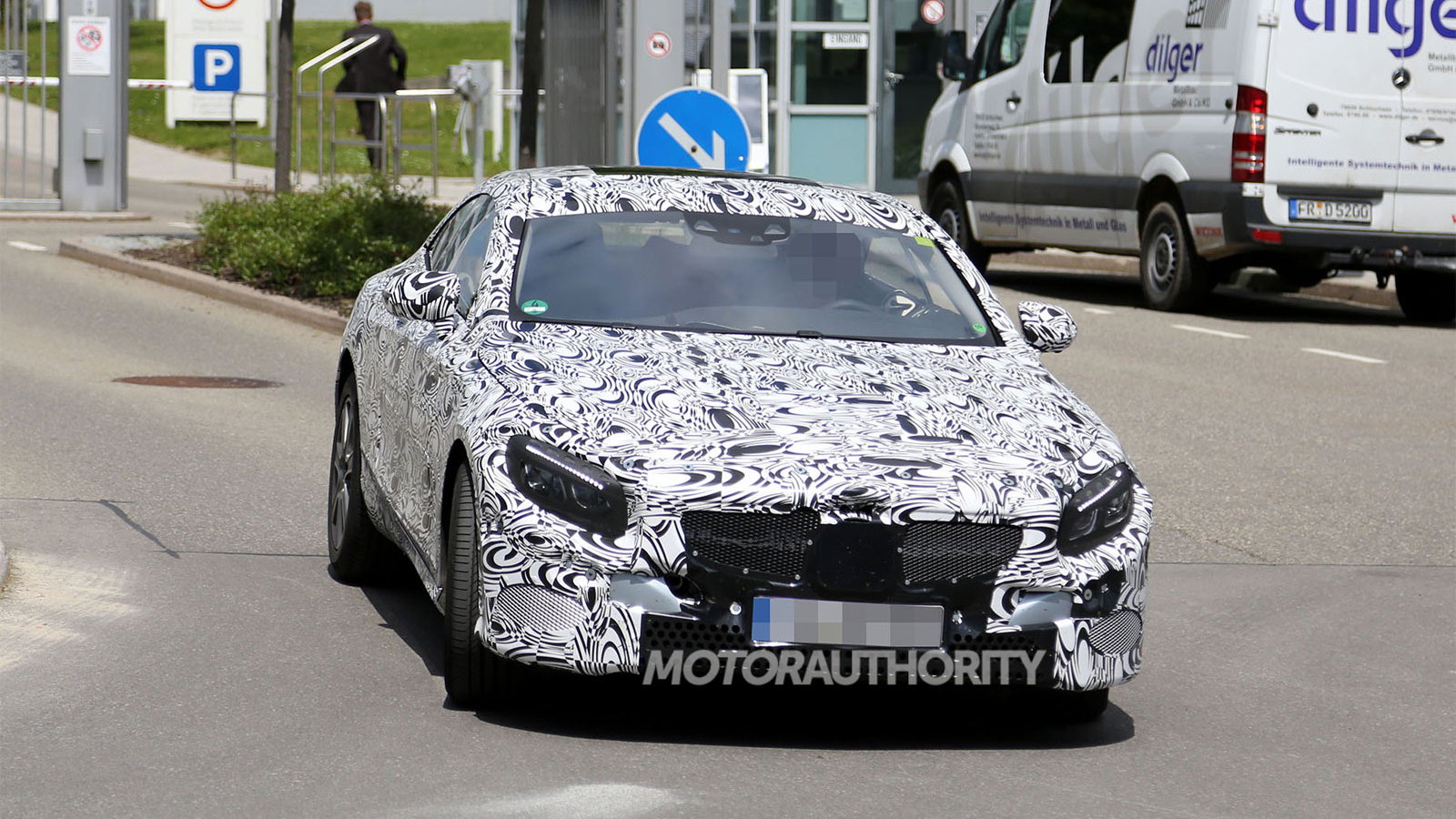 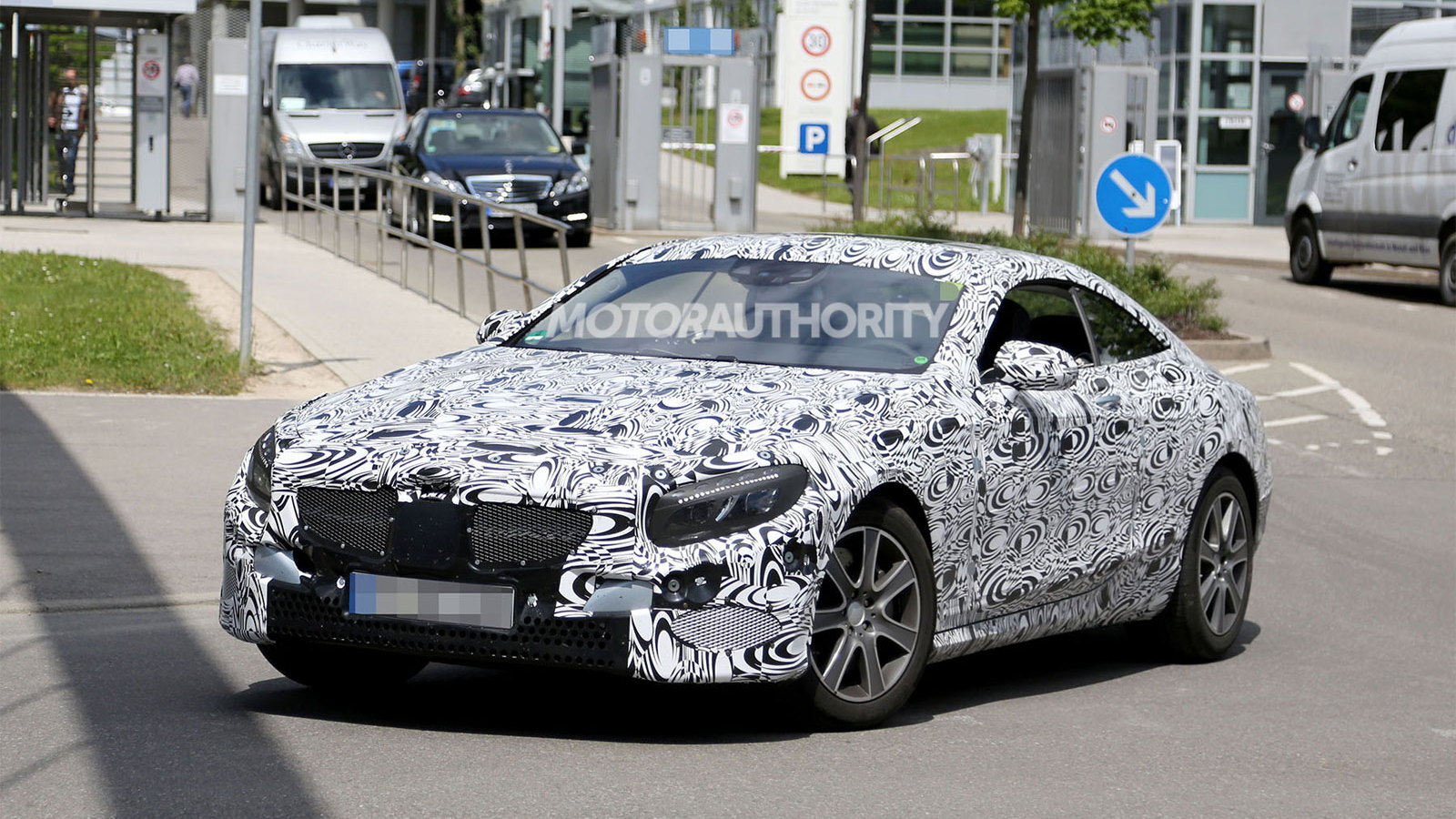 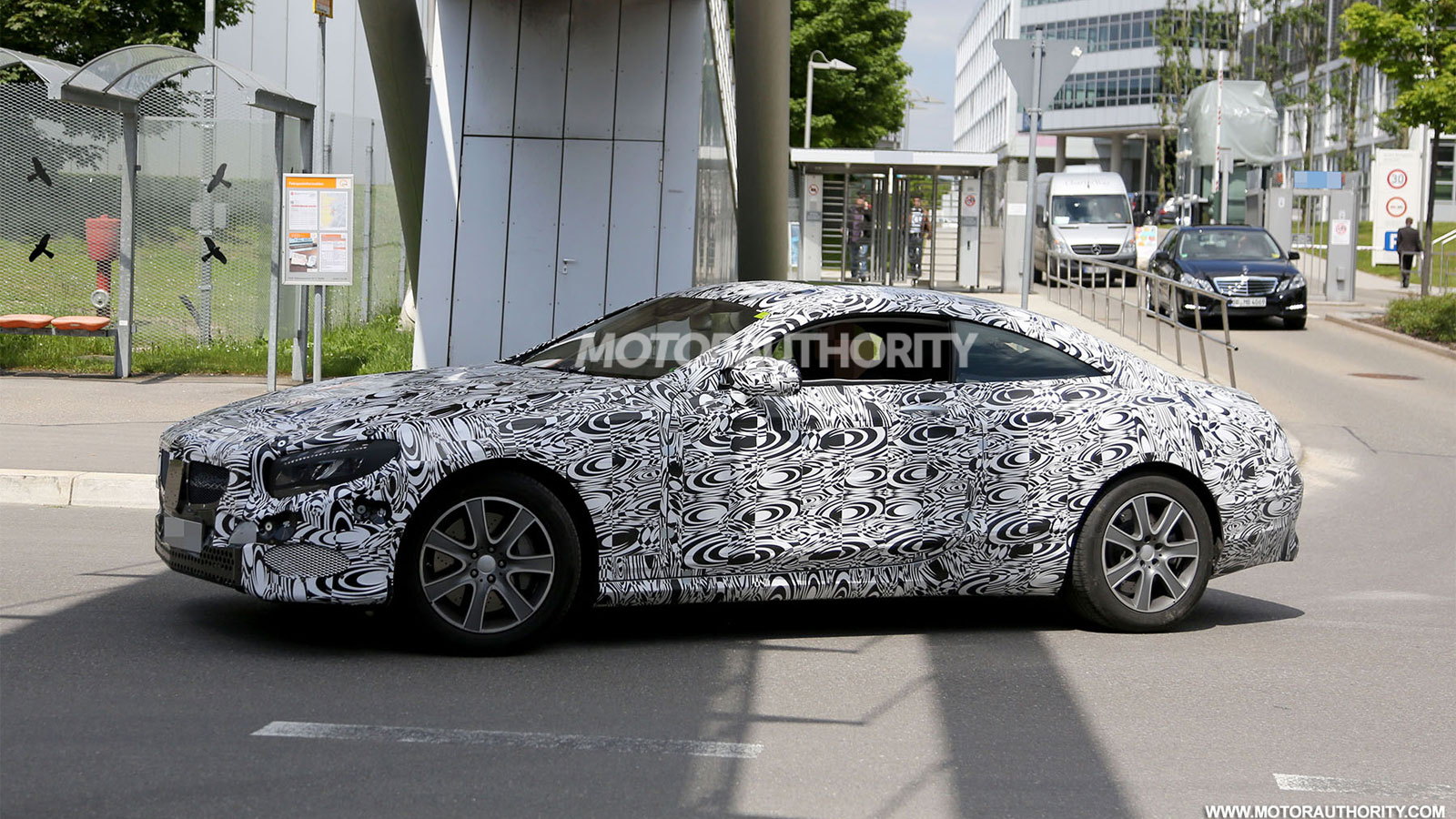 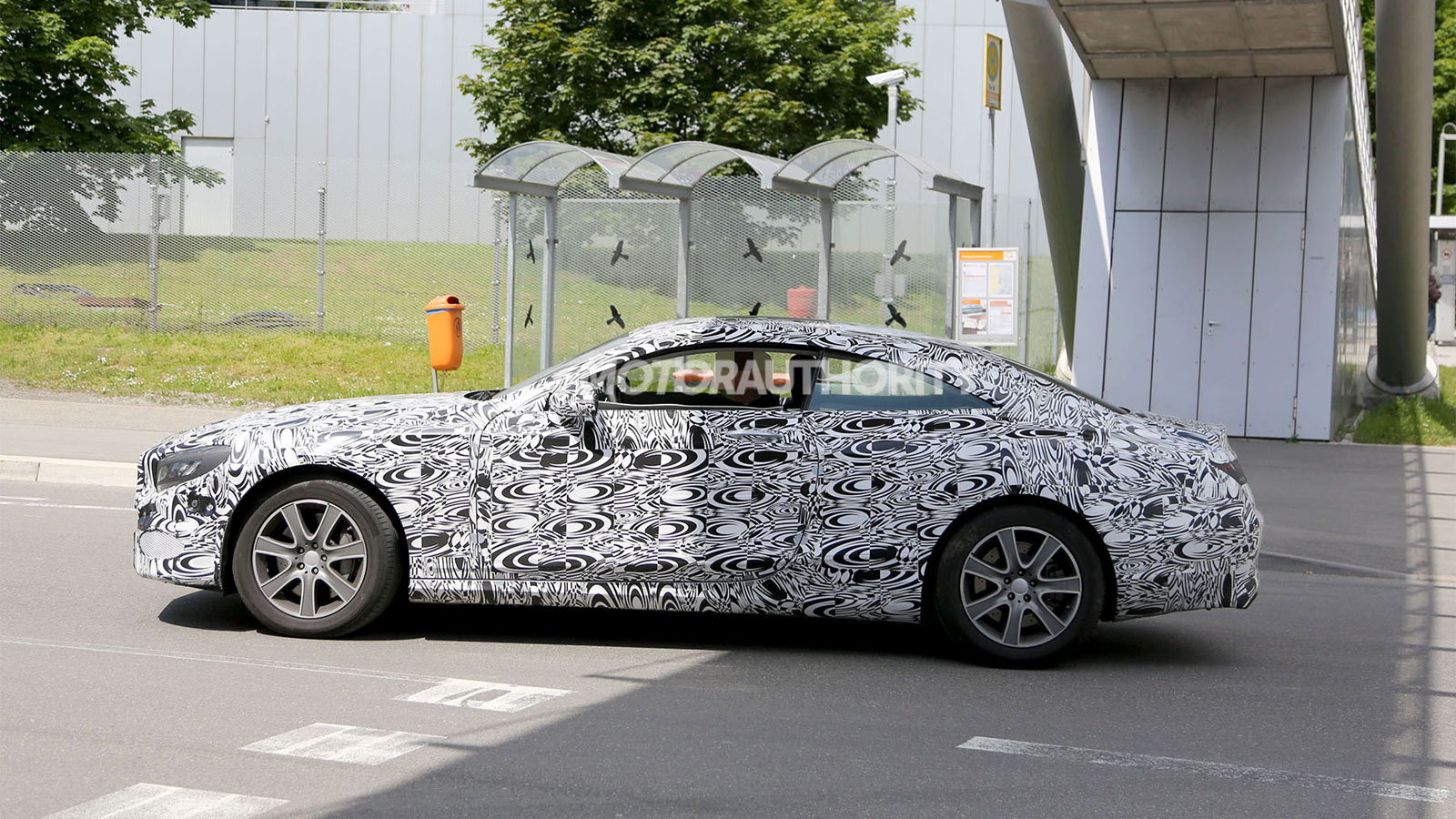 10
photos
At the 2013 Frankfurt Auto Show in September, Mercedes-Benz took the covers off a new S-Class Coupe concept previewing the styling of the replacement for the automaker’s CL-Class. However, we’ve already seen several prototypes of the production version, an example of which is featured in the spy video above.

As its name suggests, the S-Class Coupe is simply a two-door version of the latest W222-series S-Class. Mercedes is creating a whole family of S-Class variants this time around, including the regular sedan, the long-wheelbase version we get standard in the U.S., a new ‘Pullman’ limousine designed to replace the Maybach range, an S-Class Cabrio and this new S-Class Coupe.

A sixth variant is planned, though Mercedes remains tight-lipped on what it will be. Possibilities include a four-door coupe, shooting brake or perhaps even another Landaulet.

As for the new S-Class Coupe, the car is expected in showrooms next fall, making it a 2015 model. From the video, the car appears a bit more athletic and trim at the rear, compared to the CL it replaces.

Powerful haunches, an aggressive stance and a sleek and streamlined body all hint at its sportier positioning, which should see it more of a threat to rivals like the Aston Martin DB9, Bentley Continental GT and Maserati GranTurismo than the CL ever was.

Inside the S-Class Coupe, familiar S-Class sedan design themes will be found. This means niceties such as hand-crafted trim pieces, a Burmester sound system, a 12.3-inch wide, high-resolution central display with Splitview dual-display mode, and massaging seats that can mimic the feeling of a hot stone massage.