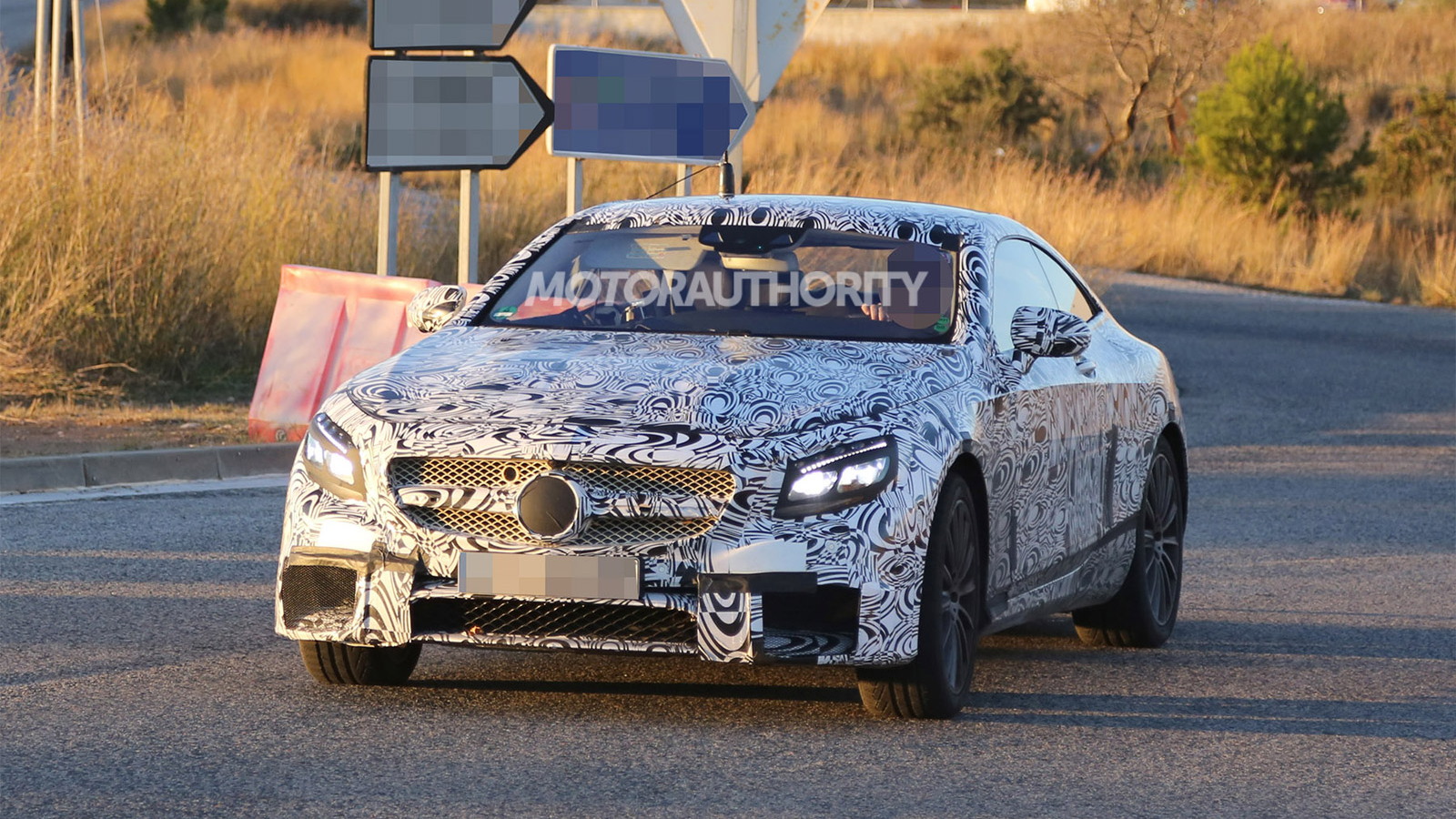 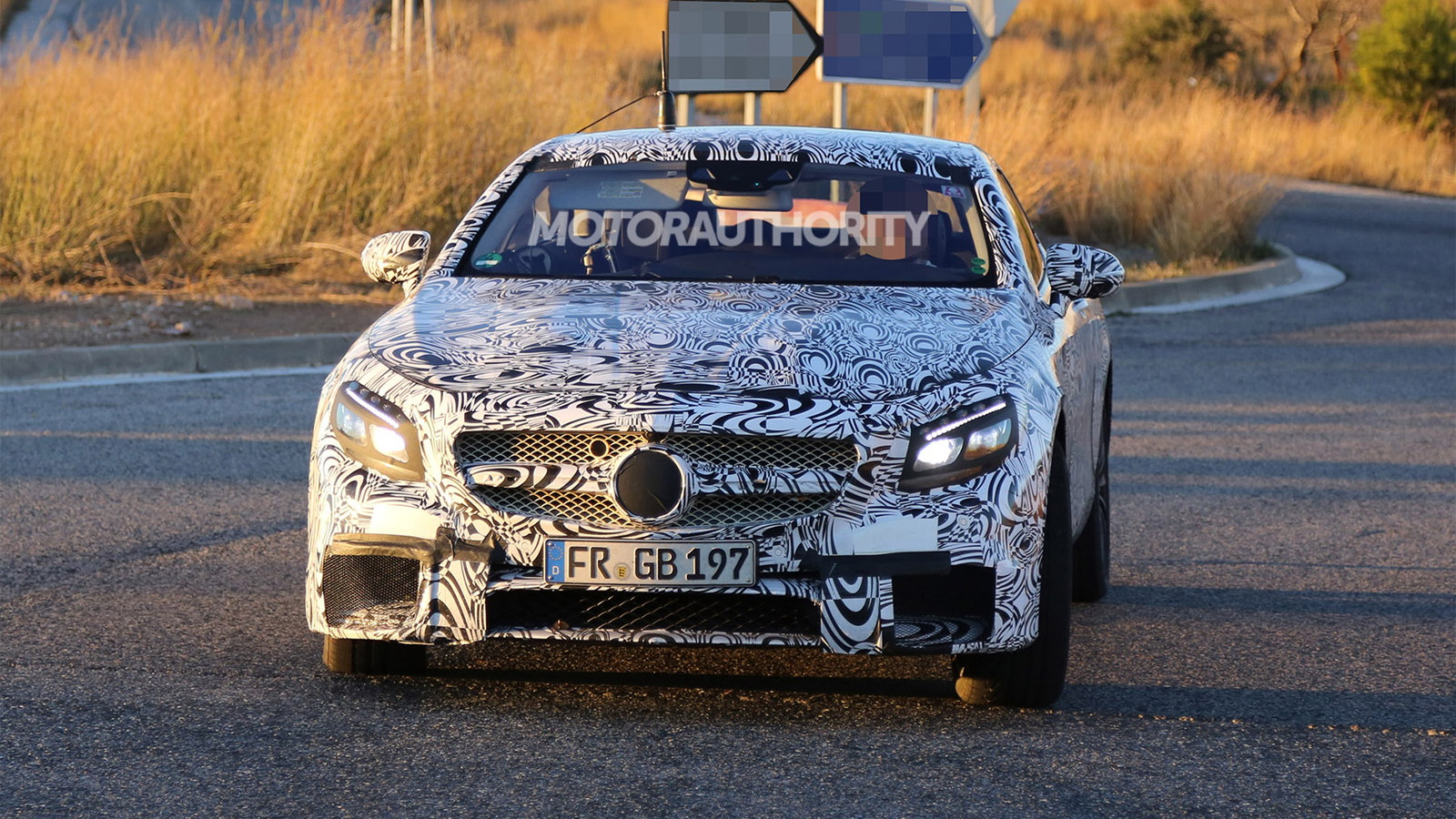 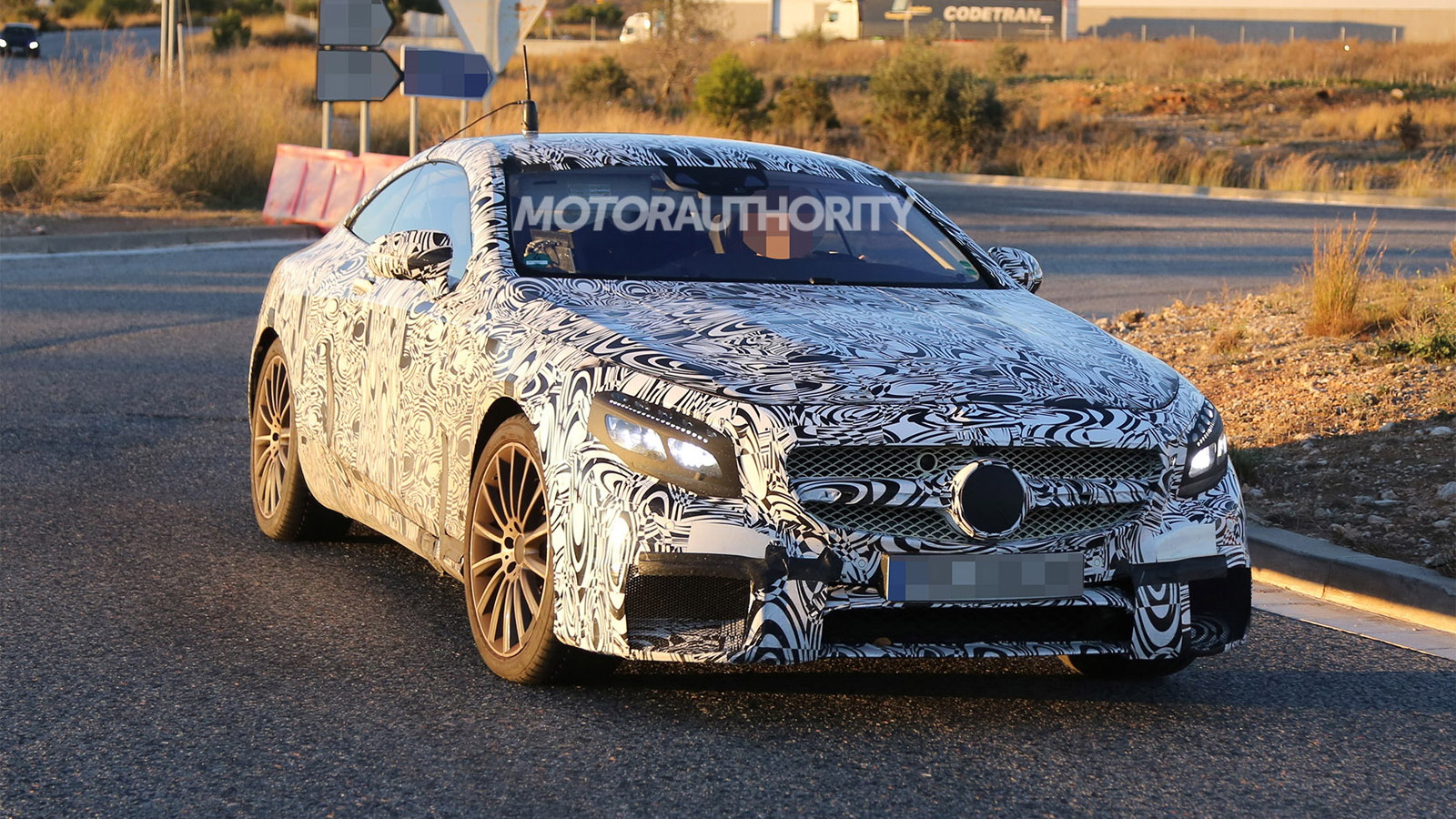 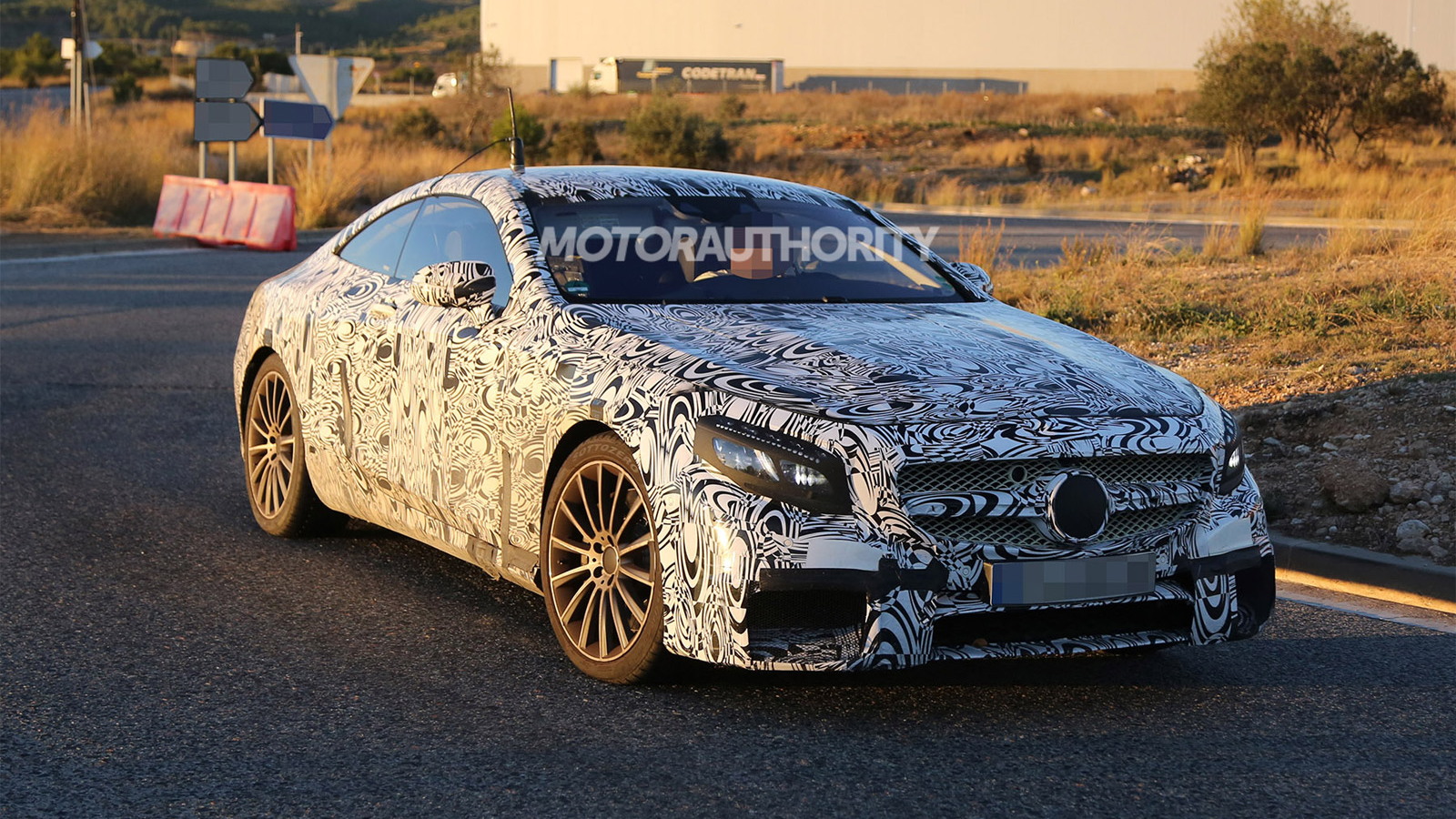 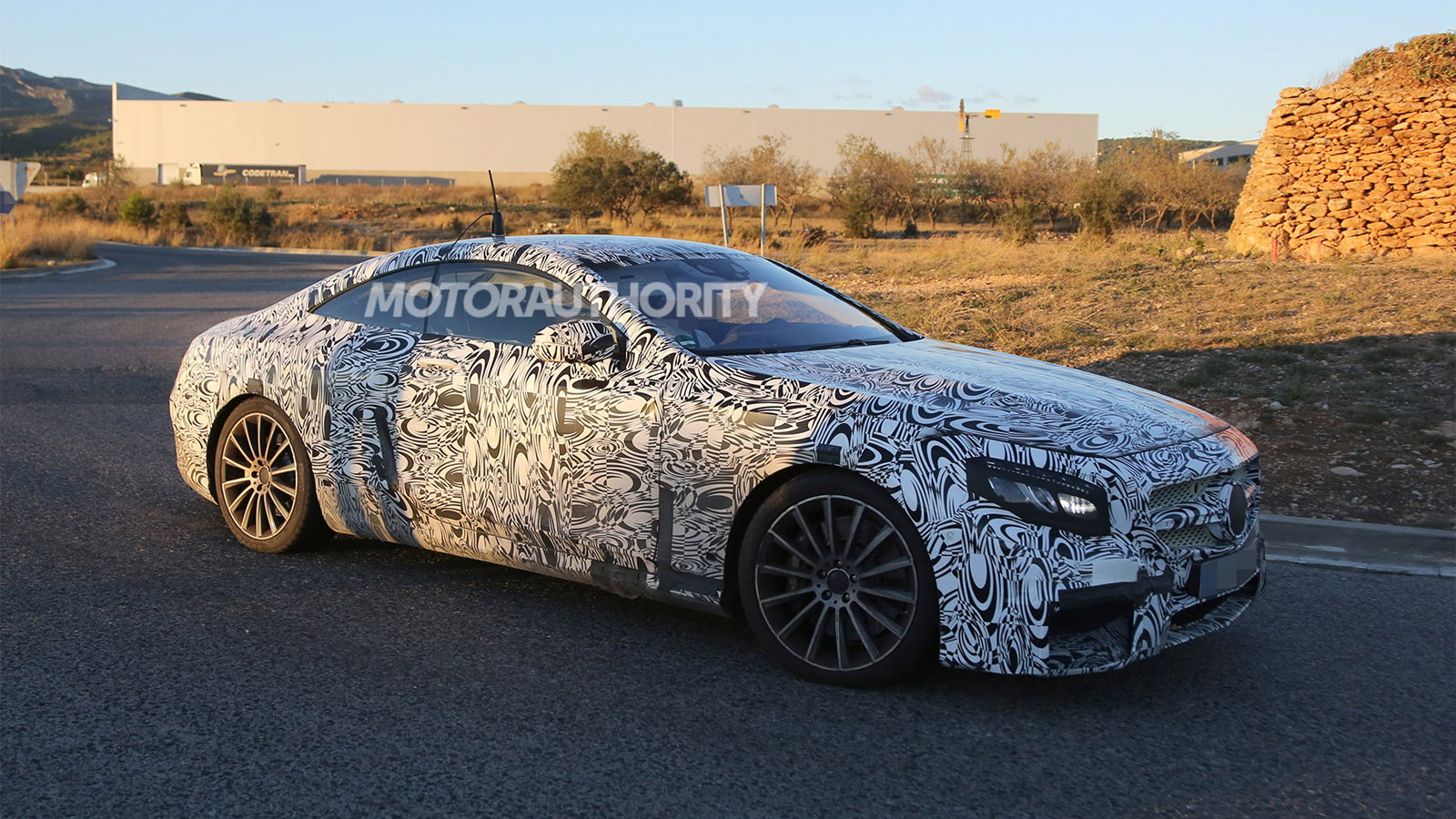 16
photos
Mercedes-Benz’s replacement for the CL-Class, the new S-Class Coupe, has been spotted in prototype form for more than a year and in September was previewed at the 2013 Frankfurt Auto Show by a stunning concept version. Today, we have new spy shots of a prototype for the high-performance AMG variant, which should join the regular model in showrooms in the second half of next year, as a 2015 model.

This particular prototype is believed to be for the V-8-powered S63 AMG Coupe, though a V-12-powered S65 AMG Coupe is also in the works and will share a 621-horsepower twin-turbocharged V-12 with the recently revealed S65 AMG sedan and the SL65 AMG convertible.

We can tell it’s an AMG variant due to its enlarged air intakes, front splitter, uprated brakes, quad-exhaust tips, and AMG-style alloy wheels. According to our photographer, the prototype also sounded very similar to the recently launched 2014 S63 AMG sedan.

That means the car is likely packing a direct-injected and twin-turbocharged 5.5-liter V-8 tuned to deliver 577 horsepower and 664 pound-feet of torque. In the S63 AMG sedan, this engine, mated to a seven-speed AMG SPEEDSHIFT automatic transmission, delivers a 0-60 mph time of just 3.9 seconds. We expect the S63 AMG Coupe’s time to be just as quick or perhaps a little quicker still.

The key to the car’s performance will be standard 4MATIC all-wheel drive, at least here in the U.S. market. AMG’s version of 4MATIC features a 33-67 front-rear torque split, offering the rear-biased feel we all love but with the added traction of all-wheel-drive when roads get slippery.

In terms of styling, look for a very aggressive front similar to that featured on the Concept S-Class Coupe from the recent Frankfurt Auto Show. Inside, the look should match that of the S63 AMG sedan, whose cabin is shown above. This means AMG sports seats, an embossed AMG logo on the center armrest and an AMG sports steering wheel.

Stay tuned for updates as development of the S63 AMG Coupe progresses. A reveal should take place at a major international auto show in the first half of next year.