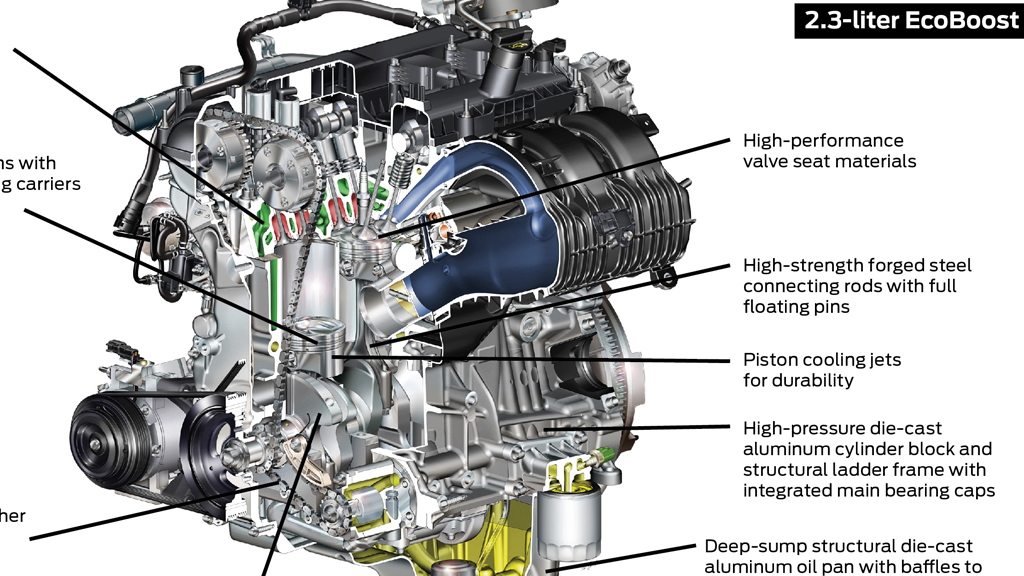 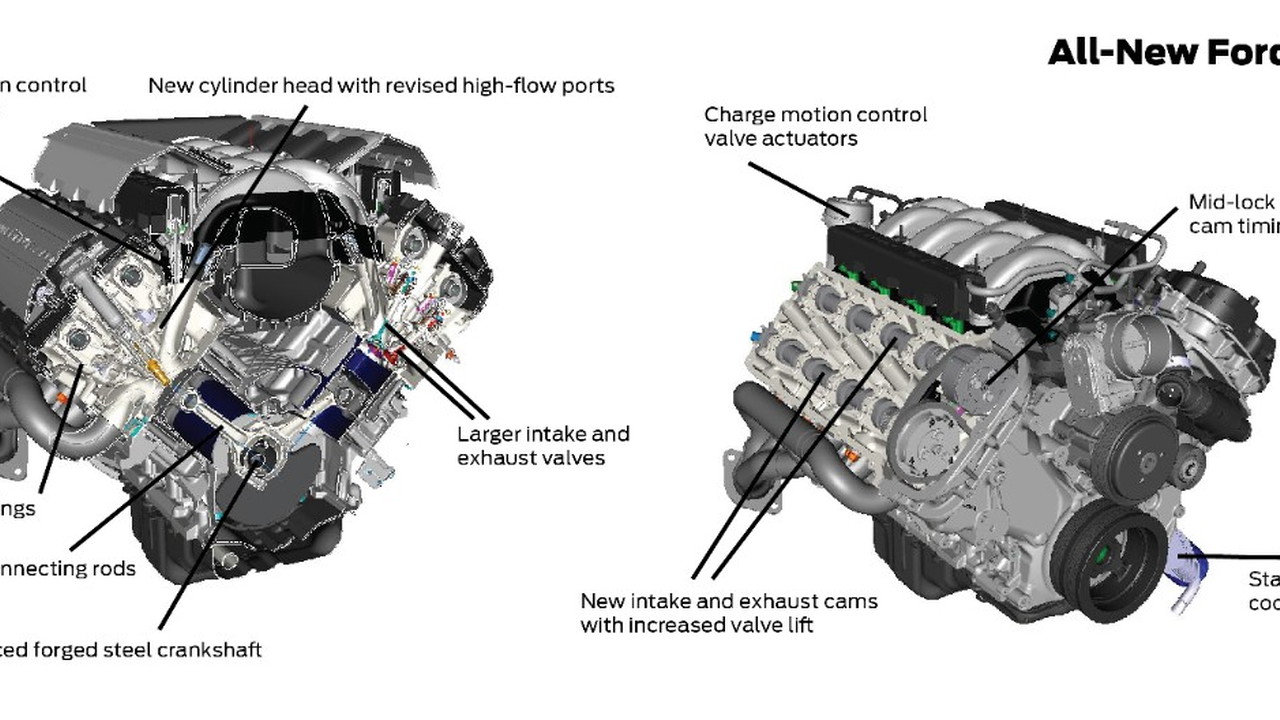 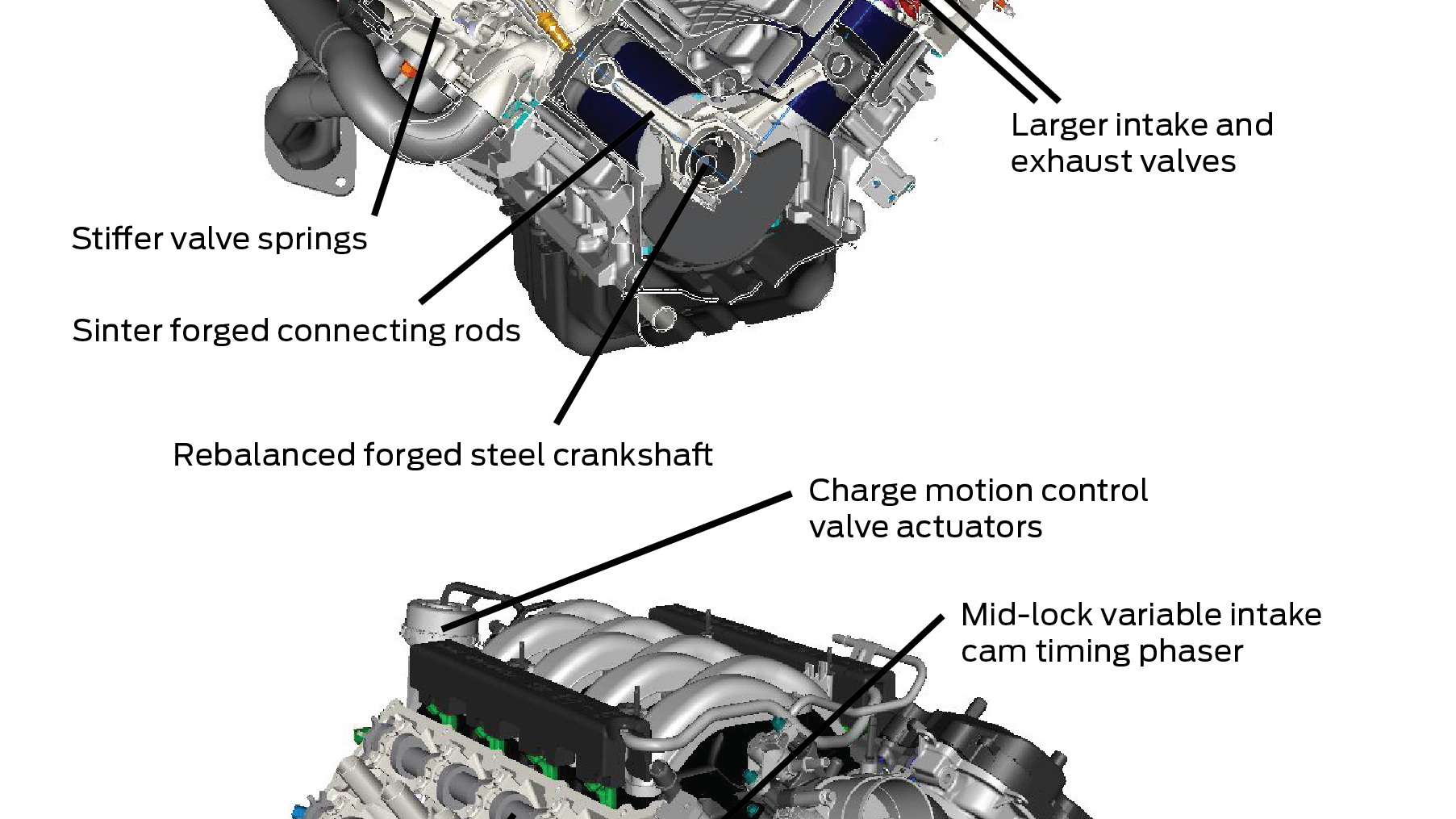 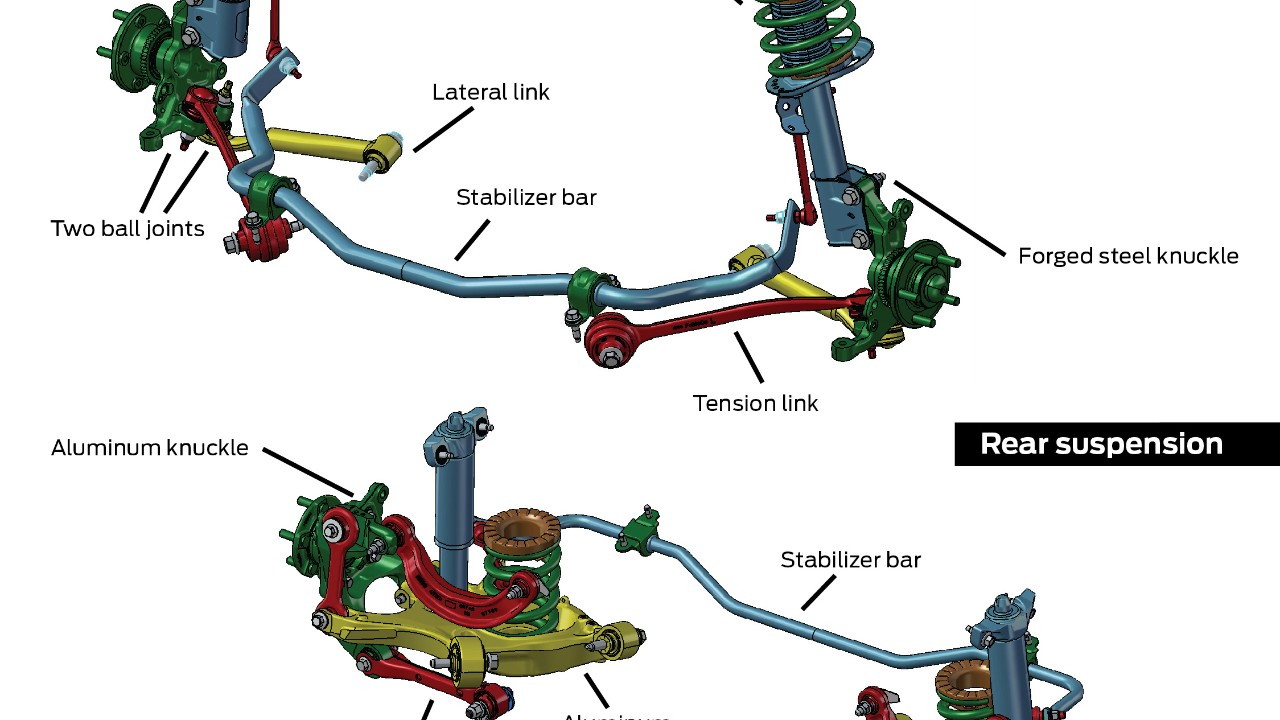 12
photos
The 2015 Ford Mustang's slick styling will probably be the subject of numerous debates, but there's just as much going on underneath the sheetmetal.

That four-banger is a new 2.3-liter turbocharged and direct-injected EcoBoost unit. It produces 305 horsepower and 300 pound-feet of torque, and will actually serve as the mid-range engine option in the Mustang lineup.

While Ford already has a family of turbocharged EcoBoost engines, this one has a new a low-inertia twin-scroll turbocharger--which the Blue Oval says quickens boost response--and a cylinder head with an integrated exhaust manifold, which has individual inlets for increased efficiency.

A small four-cylinder engine may seem like sacrilege in America's most iconic muscle car, but there really is nothing new under the sun. Ford offered the four-cylinder Mustang SVO performance model from 1984 to 1986, and offered a 2.3-liter four until 1993. Since then, tuners and high fuel prices have made small, efficient engines much more popular.

Of course, the Mustang lineup will still be anchored by a V-8. It's an evolution of the 5.0-liter "Coyote" unit from the last Mustang, producing 420 hp and 390 lb-ft. Improvements include a new valvetrain and cylinder heads, as well as a new intake manifold with charge motion control valves. These valves adjust airflow at low speeds, improving the air-fuel mixture for better fuel economy, idle stability, and lower emissions.

Ford says many of the improvements to the V-8 are the result of lessons learned from the Mustang Boss 302.

Also new to the all-new Mustang (aside from a brief stint with a retrofitted system on the Cobra in 1999-2004) is independent rear suspension. Using an H-arm, an aluminum knuckle, toe and camber links, and inboard springs, the new suspension isn't quite the A-arm geometry you might expect of a performance car, but it should offer a marked improvement to both ride quality and handling compared to the previous solid-axle setup.

A Getrag six-speed manual transmission is standard equipment on the 2015 Mustang; a six-speed automatic with paddle shifters is optional. Expect transmissions with more gears in the future.