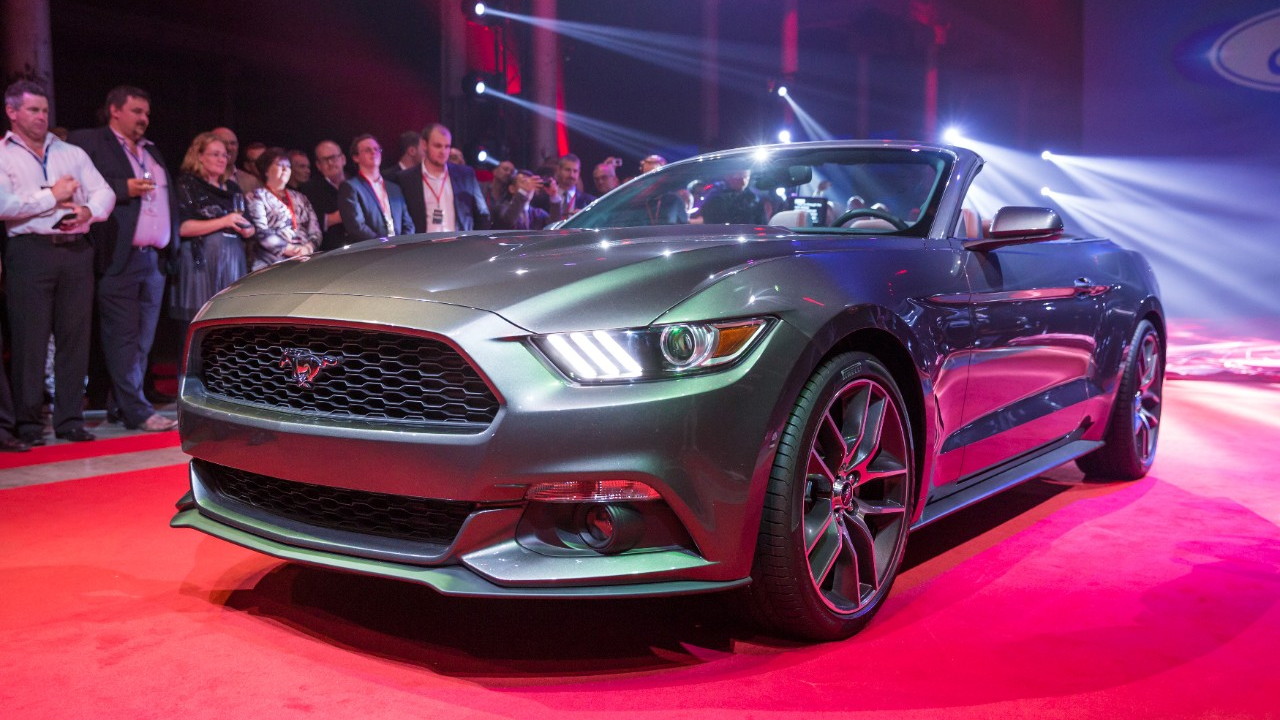 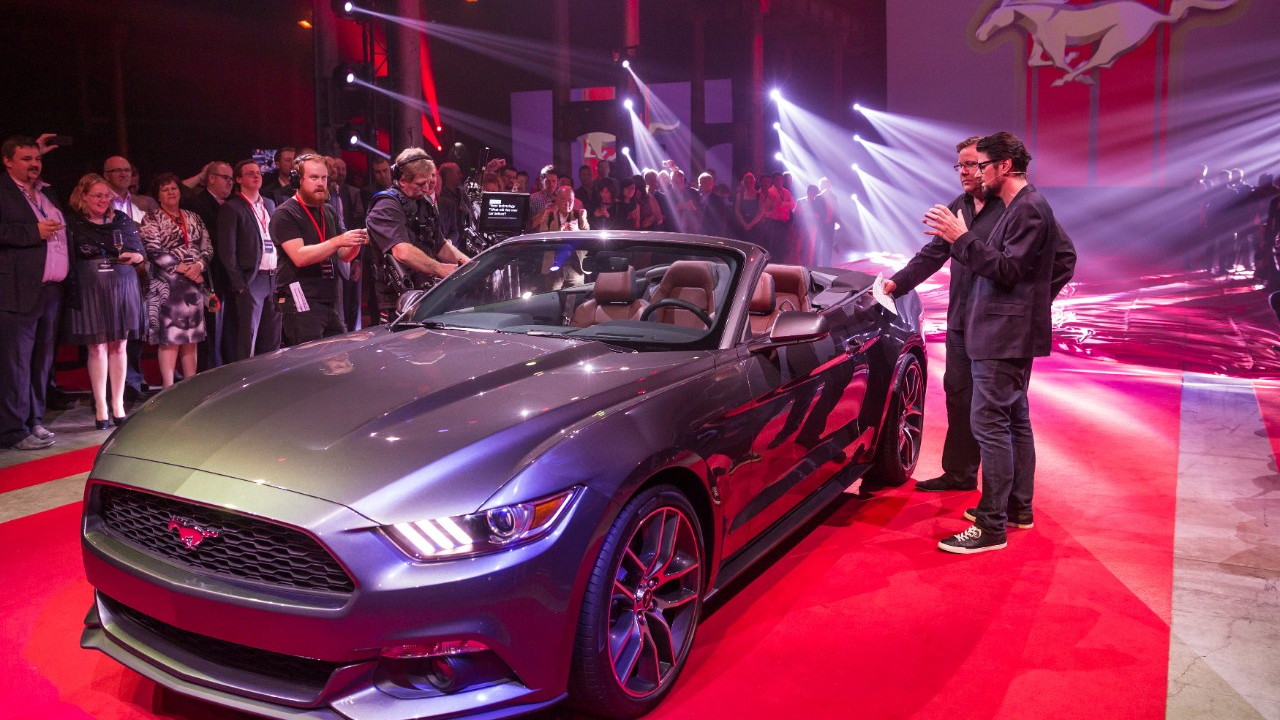 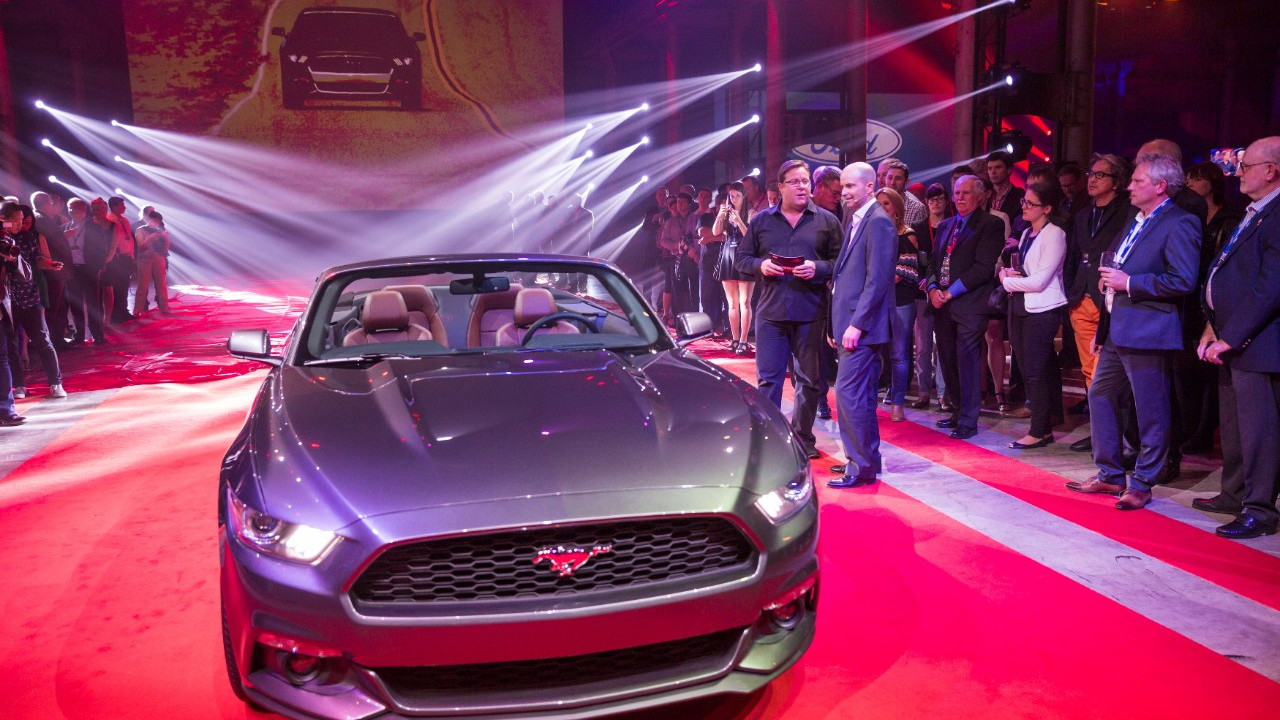 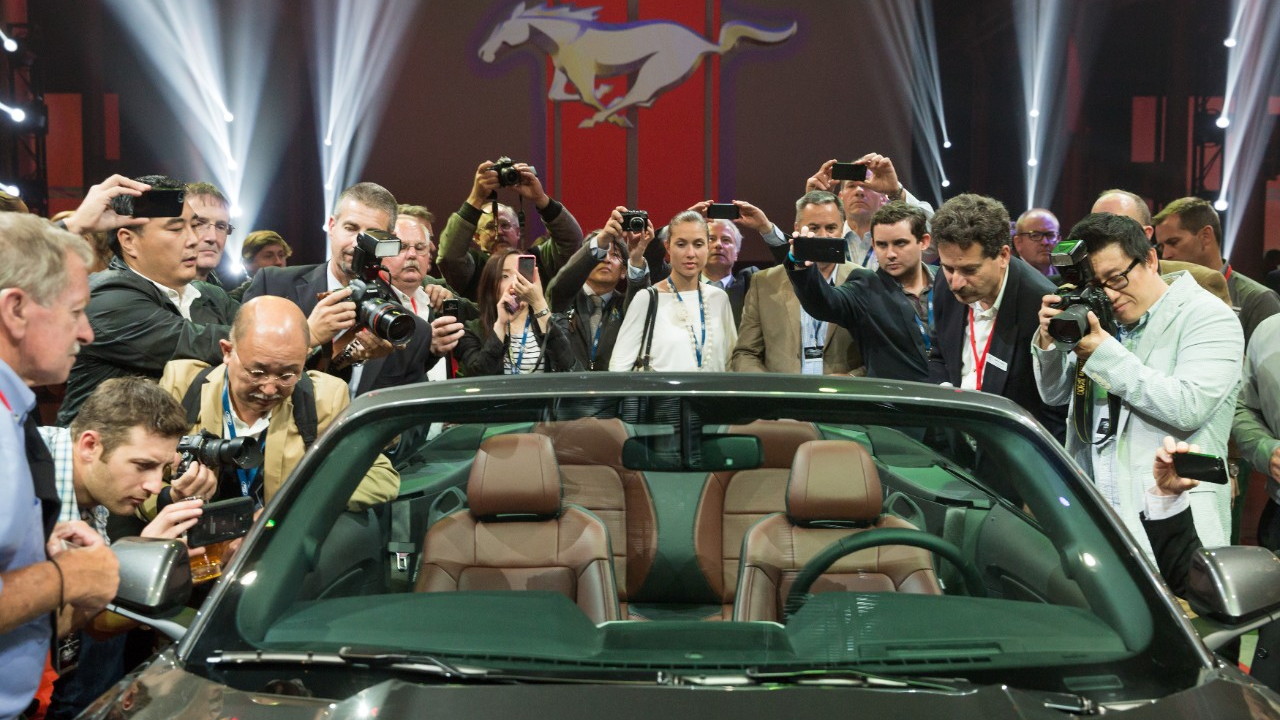 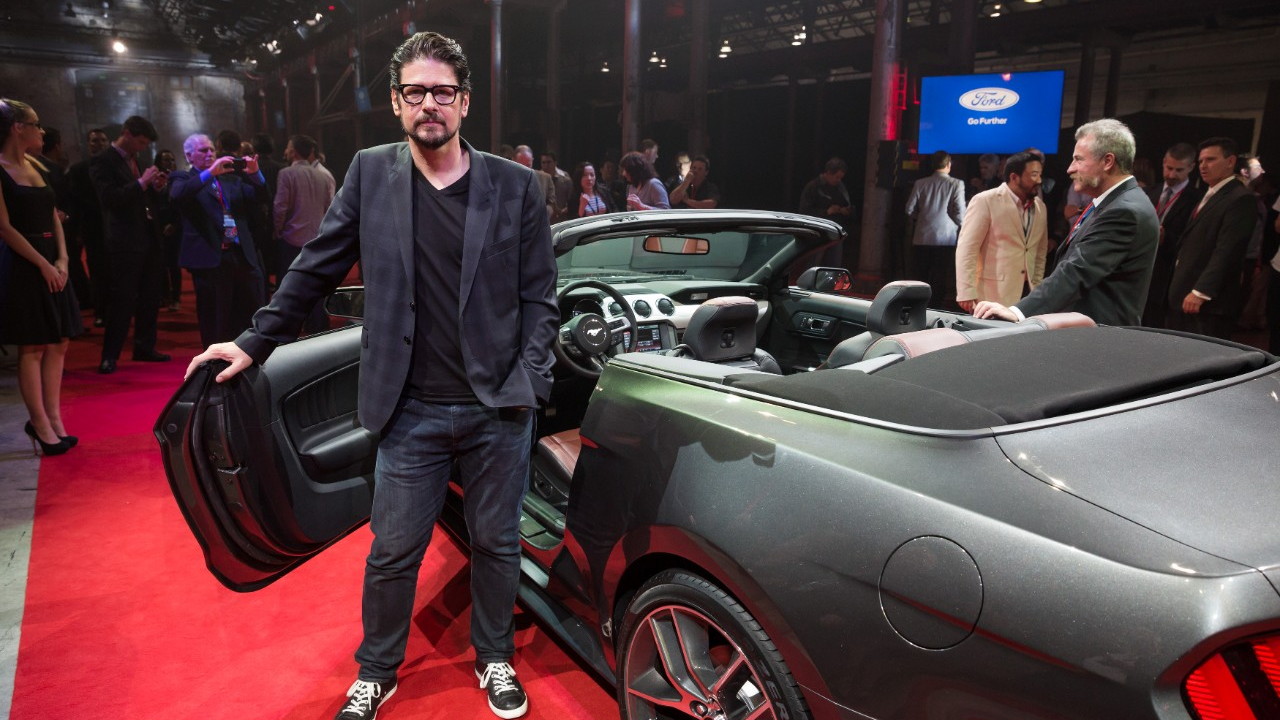 14
photos
Yesterday, Ford took the covers off its all-new 2015 Mustang at a series of events taking place simultaneously all over the globe. But it wasn’t just the regular fastback coupe that made its debut as Ford Motor Company [NYSE:F] also revealed the 2015 Mustang Convertible.

Both the fastback and convertible will be revealed to the public at the 2014 Detroit Auto Show in January, but both cars were also revealed around the globe yesterday in Barcelona, Sydney, and New York City. The 2015 Mustang Convertible benefits from the same updates as the fastback, including new suspension, more powerful engines and a wider and more planted stance.

The roof is an automated folding soft top, which now features a standard multilayer insulated cloth that gives the car a more upscale appearance and a quieter cabin. The new top lowers twice as fast as before, and has a sleeker profile when down.

The car pictured above features the 2015 Mustang’s new four-cylinder EcoBoost engine, a 2.3-liter unit that benefits from turbocharging and direct-injection technologies. Peak output is 305 horsepower and 300 pound-feet of torque, which is the mid-range figure for the new ‘Stang.

One major change for the 2015 Mustang, including the convertible variant, is the suspension design. At the front, new double-ball-joint front MacPherson struts feature and enable the use of larger, more powerful brakes. At the rear is an ‘integral-link’ independent rear suspension, which replaces the solid axle that has been fitted to every Mustang since the first one that debuted at the 1964 World’s Fair in New York.

For more photos of the 2015 Ford Mustang Convertible, head over to Carsguide.