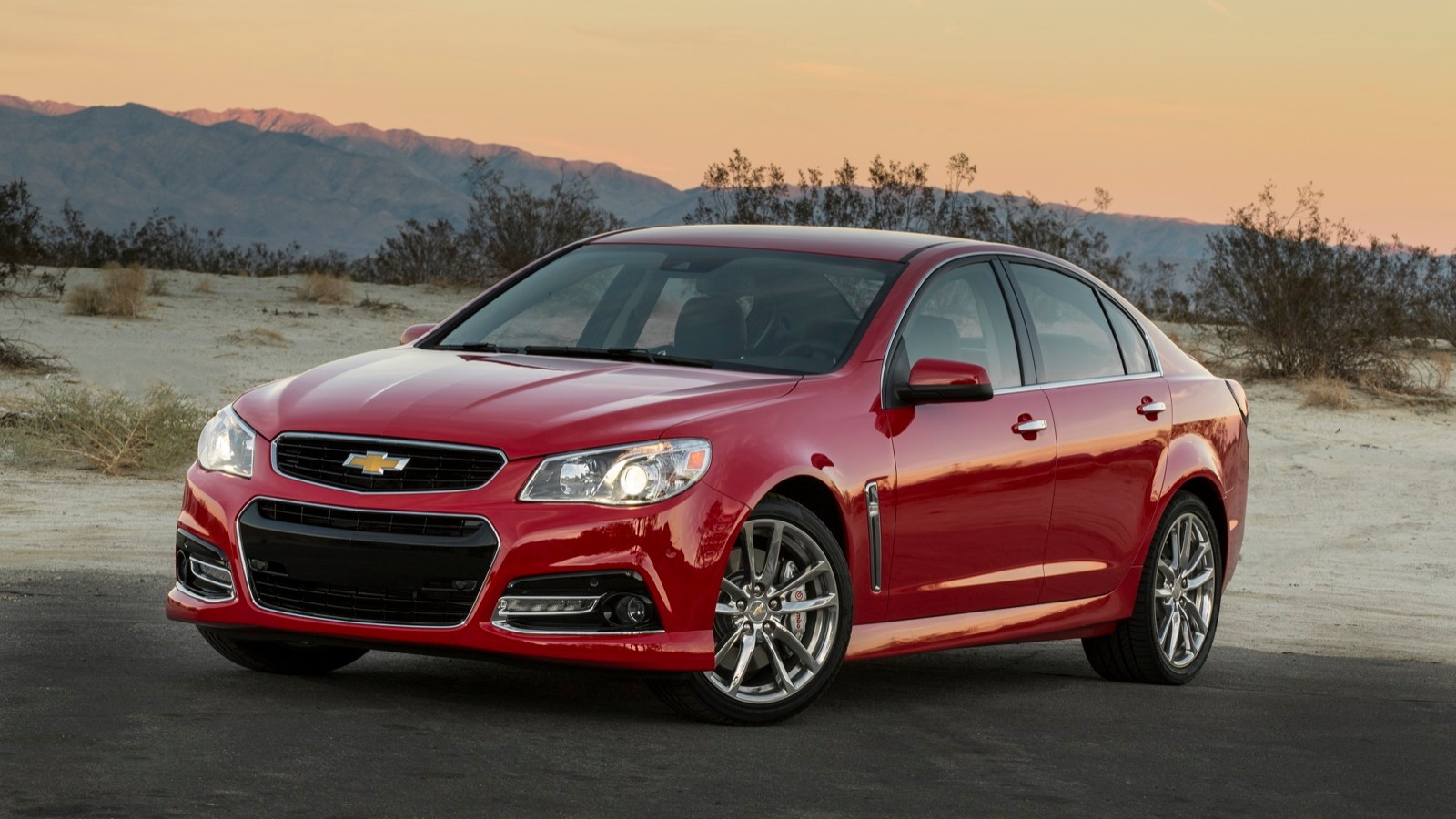 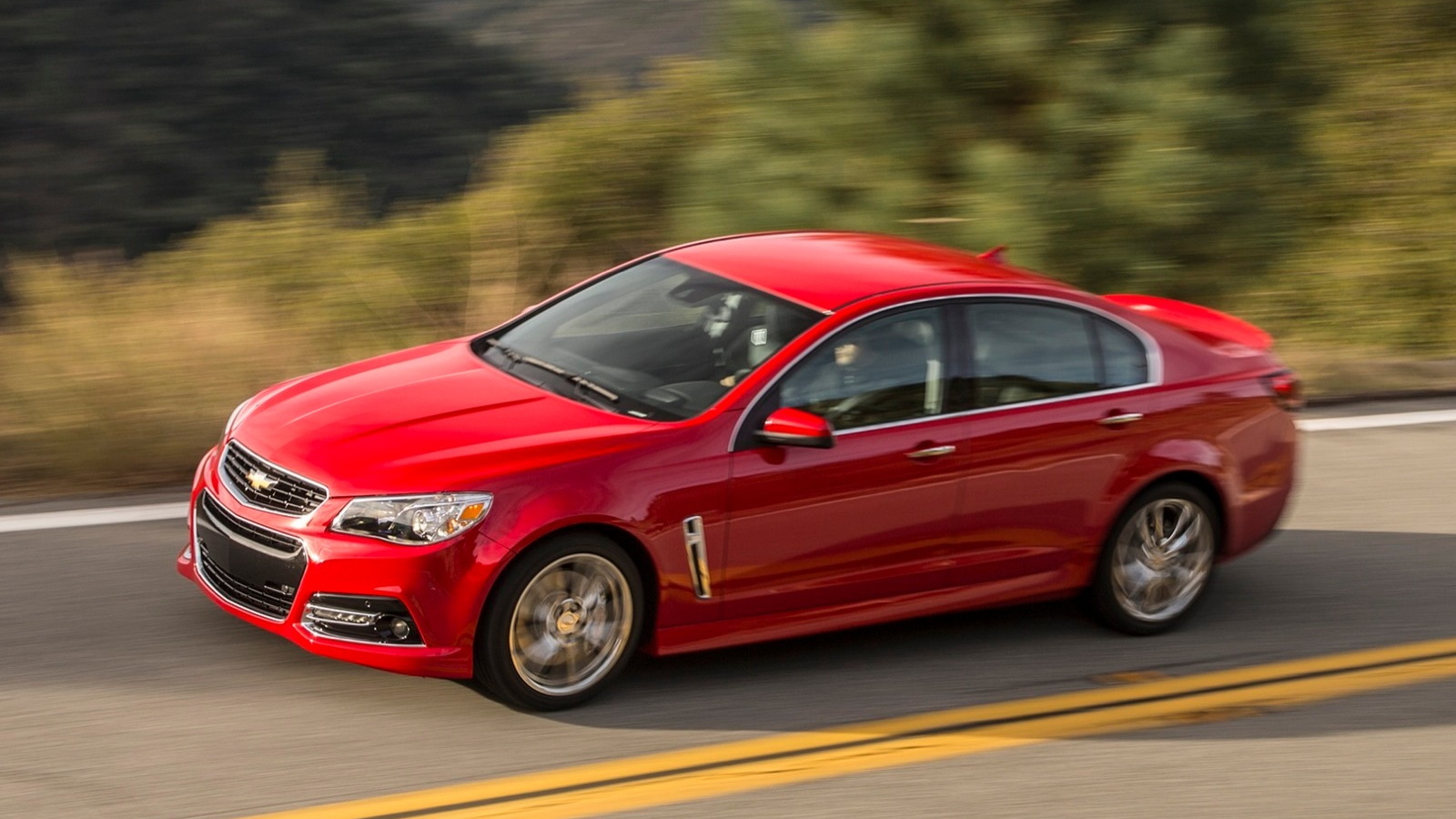 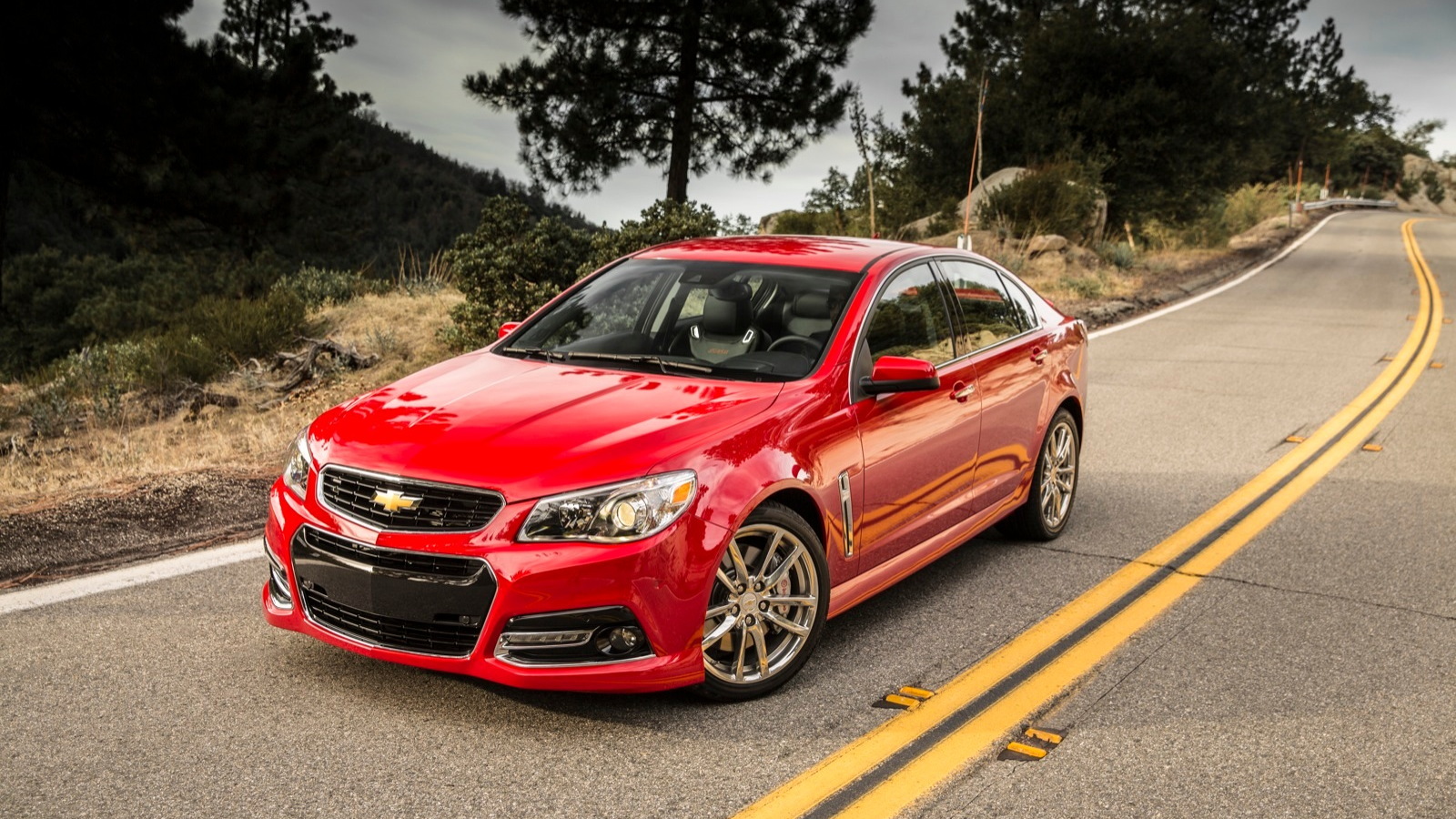 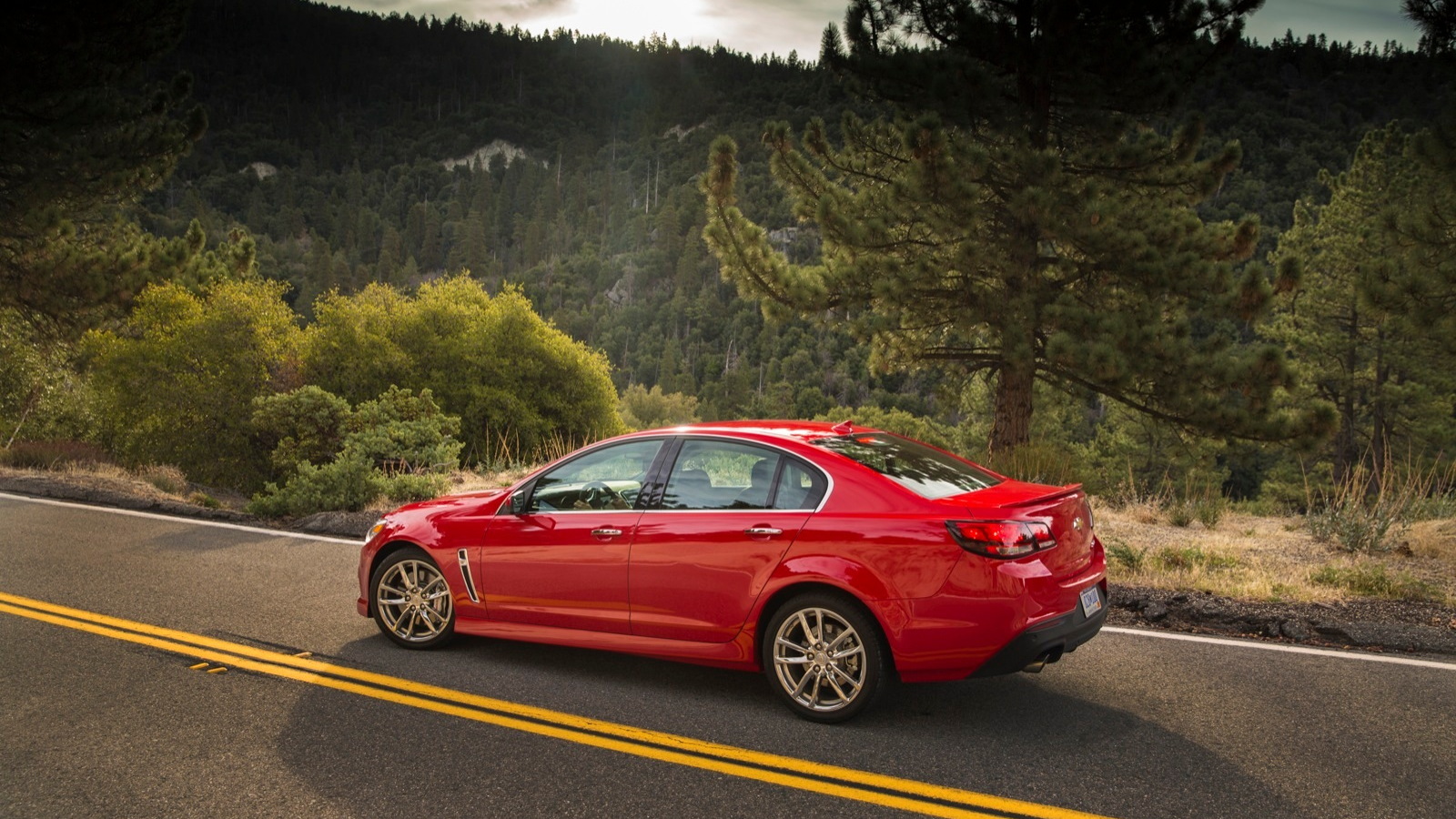 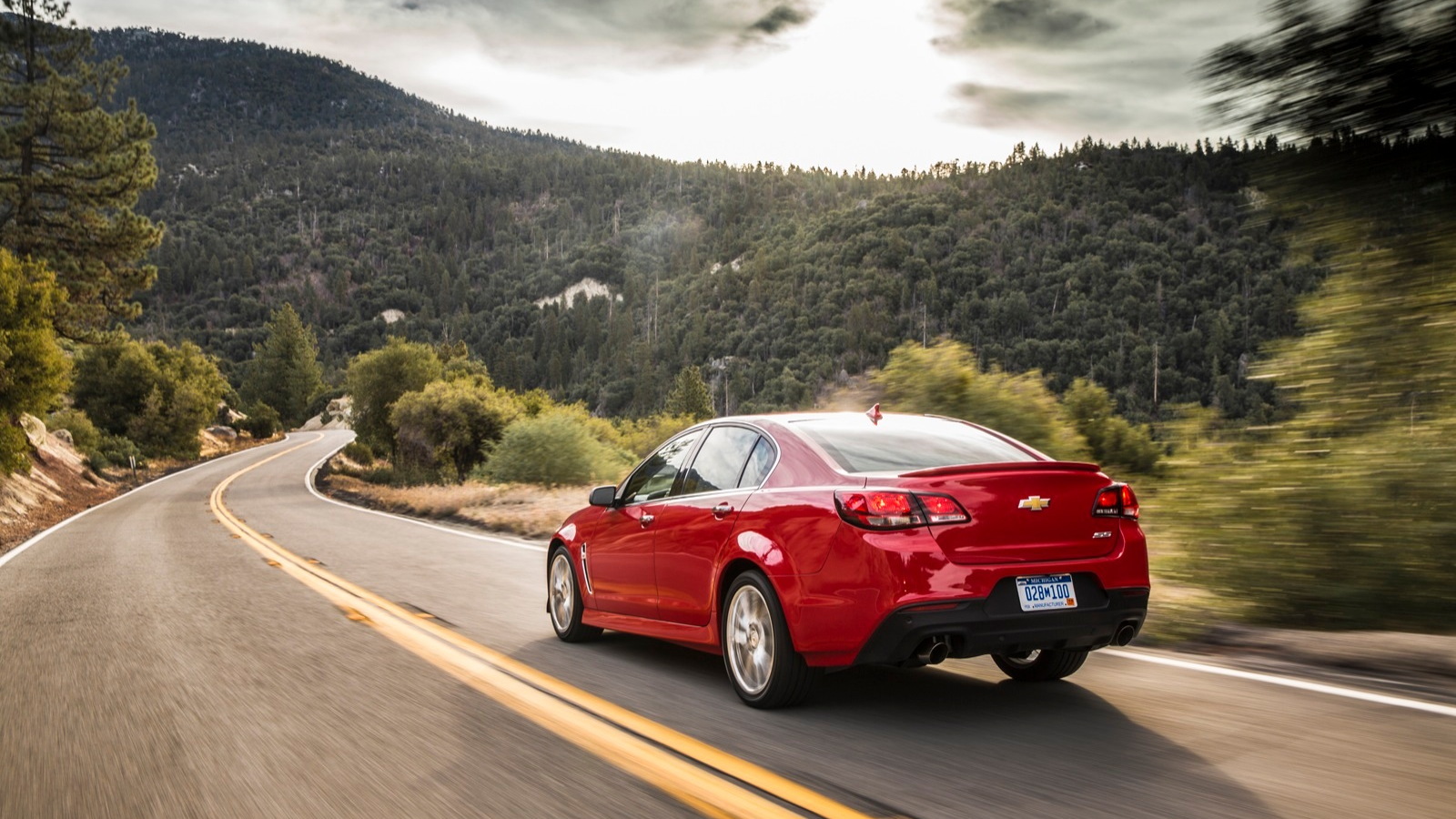 Discuss the all-new 2014 Chevrolet SS with someone who's a performance-car enthusiast, and they're bound to mention the Pontiac G8, a sedan that was sold for just two model years—2008 and 2009—and has found a cult following, both on its own merits and (in top GXP trim) as the last great Pontiac performance model.

The G8, as well as the two-door GTO that preceded it by a few model years, had both been based on different versions of the Holden Commodore SS—a car that's held in high esteem in Australia, where it's assembled (and engineered).

The Chevy SS that's now arriving at dealerships has some of those same roots, it can be argued; only this time it's based on the latest 'VF' iteration of the Commodore SS V (the top-performance model). 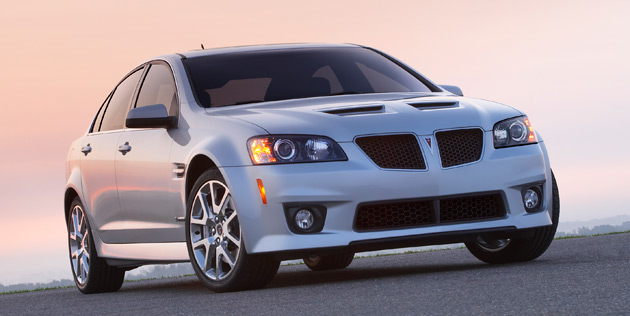 So is the SS essentially the same car as the G8 GXP? Absolutely not, says Steve Manson, program engineering manager for the project.

Over several years, Manson's team took GM's Zeta architecture, which underpinned the G8, and updated it to a so-called Zeta 2 form—parts of which are used for the current Camaro.

Stripped down and done over

And to do this, Manson says that the engineering team took the original Zeta, stripped it down to the basics, and said “Alright, let's start again.”

While the SS holds essentially to the same dimensions as the G8, the team gave these Zeta 2 models new styling and new sheetmetal all around, as well as many new materials throughout.

“We looked at every sheetmetal panel, and changed quite a number of them from medium to high-grade steels in order to improve stiffness or chase mass,” said Manson, who added that the team restructured the front rails of the car in order to improve crash performance and gave the 'body in white' a pretty extreme makeover.

Manson said that at that point they'd shed about 30 pounds from the core structure.

“We then started building it back up again,” he said. “We put an aluminum hood and trunklid on the car to get the minimum possible mass there; we redid the door skins, we started building the car essentially from the ground up.”

Manson says that while the floorpan or other structural members might look close to the preceding car (only the hard points like roof pillars and glass location have stayed the same), they've in many cases changed to a higher-grade steel or exotic-grade material. Lots of pieces that previously were made of steel are now aluminum—although the team didn't use much magnesium in this application.

The engineering leader conceded that it's easy to be led astray by the evolutionary look. “So in the end the proportions are similar, but very little is actually the same.”

Even electrical and interior are completely different

All of the electrical architecture of the old car went, too—in favor of GM's Global A architecture, which allows the SS to pick up some of the latest GM technologies like head-up displays and active-safety systems. That's good news, as when we last reviewed the 2009 Pontiac G8 lineup we noted its controls, displays, and connectivity as being below par for the time.

“We didn't carry over one bit of wiring or anything else,” said Manson.

Finally, the team redid the interior of the car, with completely new (and resculpted) seats, plus a completely new instrument panel, and a new aluminum support beam for the IP.

When we asked for significant items that are carried over, Manson could only think of the rear suspension, which is essentially the same, and the wing mirrors. Even the geometry of the front suspension has changed.

The steering gear is new, too, and it's an interesting story. For this all-electric system, which will appear in other GM products in the future (and is already installed in some Camaros), GM turned to a rack-mounted system from Mando, of South Korea.

Manson confesses that GM went through plenty of unsatisfactory calibrations—ones where he'd end a session at the track preferring the old hydraulic unit—before they found an electric one they liked. After some back-and-forth, and testing in Milford (Michigan) and Melbourne (Australia), Mando went and wrote new control software on GM's behalf, and by the end they had a dizzying 42 calibrations from which to choose.

“Having them evolve their software alongside us evolving the car, we were able to create a symbiotic thing... which in some ways is easier than trying to start out with gear and software that already exists and trying to make do with it,” he said.

The challenging thing, Manson concedes, is that what you're feeling in an EPS system is the electric motor interrupting its boost and 'simulating' that feedback. “It's not really the tires.” But that's exactly what we chased—we didn't want to miss that feedback coming back from the tires.

Indeed, in a first drive of the Chevy SS this past week, we noted that the new system does provide a sense of the road surface as you approach the limit—something we certainly can't claim from drives of some other high-performance sedans with higher price tags.

Forget about G8 surplus, SS will be more 'on demand'

Another thing will likely be different about SS, and that's the supply situation. GM has learned from the inventory disaster of the G8, by the way—when the company ended up with a surplus of G8s in the U.S. and even had to resort to selling G8s in Australia to clear what was built—and is building them and bringing them over essentially 500 at a time.

As we found in our drive, Manson reiterates that the driving experience for the SS is quite different.

“I reckon if a G8 GXP customer went to a dealership and took a drive in a Chevrolet SS, they'd find that really it's a very different-feeling car, and I'm confident that if they like that they're going to like this even more.