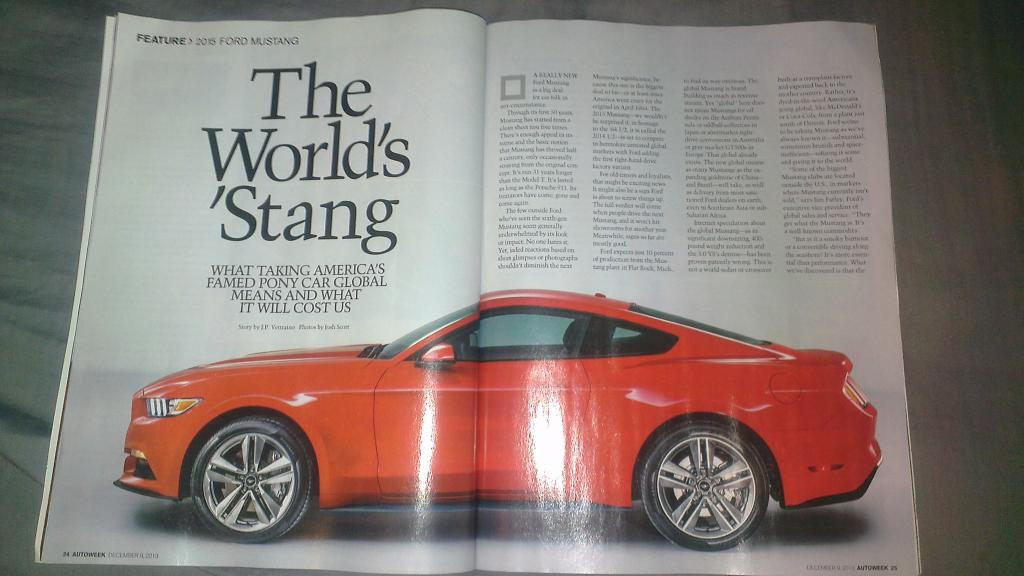 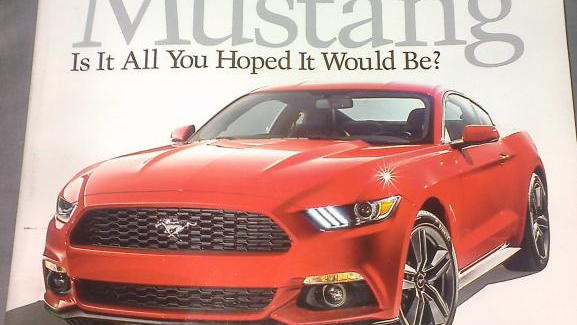 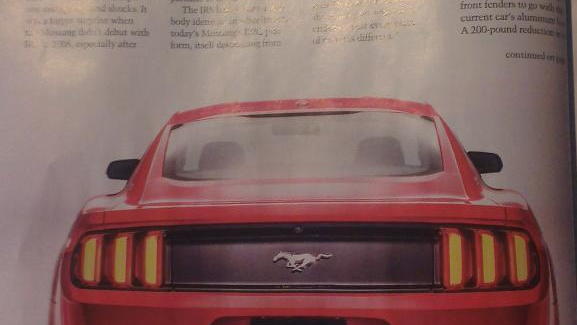 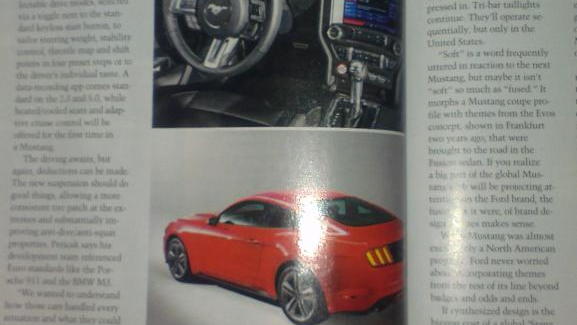 39
photos
The 2015 Ford Mustang is all over the place--literally. First an early run of Autoweek outed the 2015 Ford Mustang in leaked images of its next issue. Then TIME added to the leak with clearer digital images, followed by the guys at Mustang6G with the GT version, badges and all (see the gallery at the bottom of this post). Then the Wall Street Journal added a video (and we grabbed a gallery of images from the video, which you can see below). And now, we have a full high-resolution gallery of the GT, inside and out, from USA Today. The hits just keep on coming. Ford's launch of the Mustang has, thus far, been utterly shambolic. Leaks, then more leaks, and, shooting themselves in both feet, releasing key details on their own consumer-facing website. So we gathered the key stats and brought them to you.There will be three engines, in fact, and they are the 3.7-liter V-6 we already know, the 2.3-liter EcoBoost turbocharged four-cylinder we've long expected, and the same 5.0-liter V-8 from the previous GT, but this time, upgraded with more horsepower. Unconfirmed sources tell us that the V-8 will pack a punch of 420 horsepower and 390 pound-feet of torque, while the 2.3-liter four-cylinder EcoBoost will rate 305 horsepower and 300 pound-feet. We expect the V-6 to carry forward unchanged from its current rating of 305 horses and 280 pound-feet of torque. Horsepower figures are absent across the board, in fact, but Ford does claim the new EcoBoost four-cylinder Mustang "delivers efficiency with real power" to the pony car. Direct injection and a twin-scroll turbocharger are the highlight technologies. Part of the Autoweek article visible in the leaked images notes a 200-pound weight loss. That would put the 2015 Mustang at something close to 3,300 pounds in V-6 form. That's an improvement over the last Mustang, but not as svelte as we might have hoped.

Independent suspension is also standard, which is a plus over the solid-axle fifth-generation car, but you'll have to suffer through the improved ride quality with SYNC with MyFord Touch on board if you want infotainment. A range of 18, 19, and 20-inch wheels will be available, and initial launch paint colors will include: Race Red, Competition Orange, Triple Yellow, Deep Impact Blue, Ruby Red, Black, Magnetic, Guard, and Ingot Silver.

Blind-spot monitors, cross-traffic alert, and a lot of other safety features your average Mustang driver will completely ignore are also available.

Ford also confirms a convertible will be coming to ride alongside the fastback coupe. Ford says it drops its top in half the time of the current Mustang.

Until then, you can always entertain yourself with these Ford taglines:

YOU WON'T MISS YOUR
INHIBITIONS ONE BIT.

UNLIKE ANY OBSESSION
YOU’VE EVER HAD.

For more news, rumors, and spy shots, be sure to visit our Ford Mustang page.