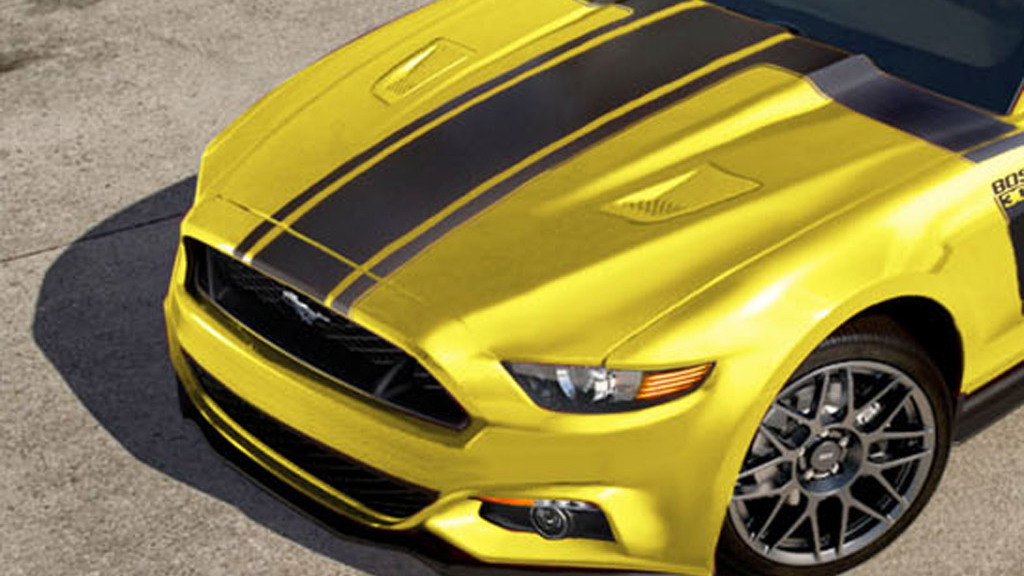 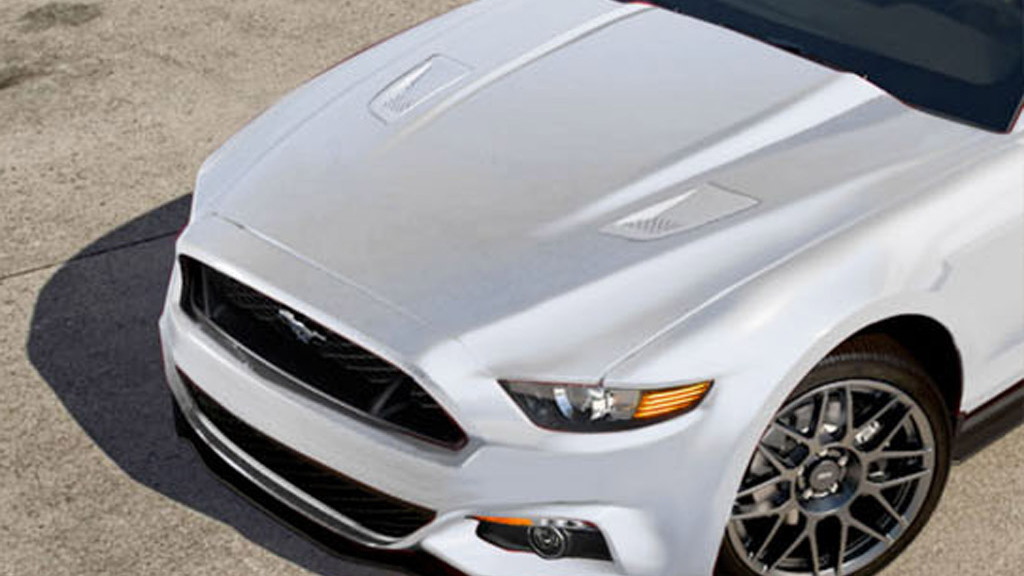 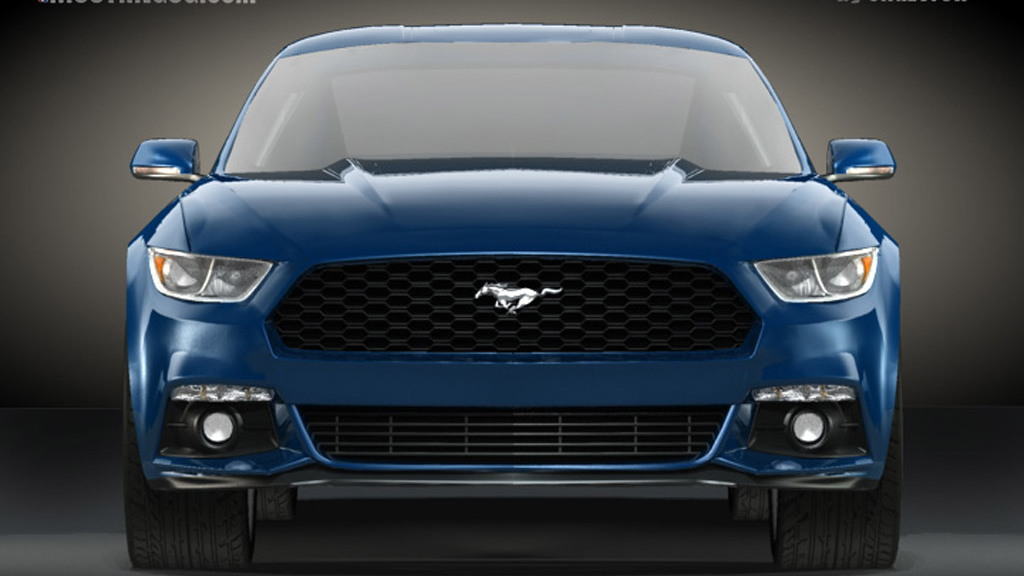 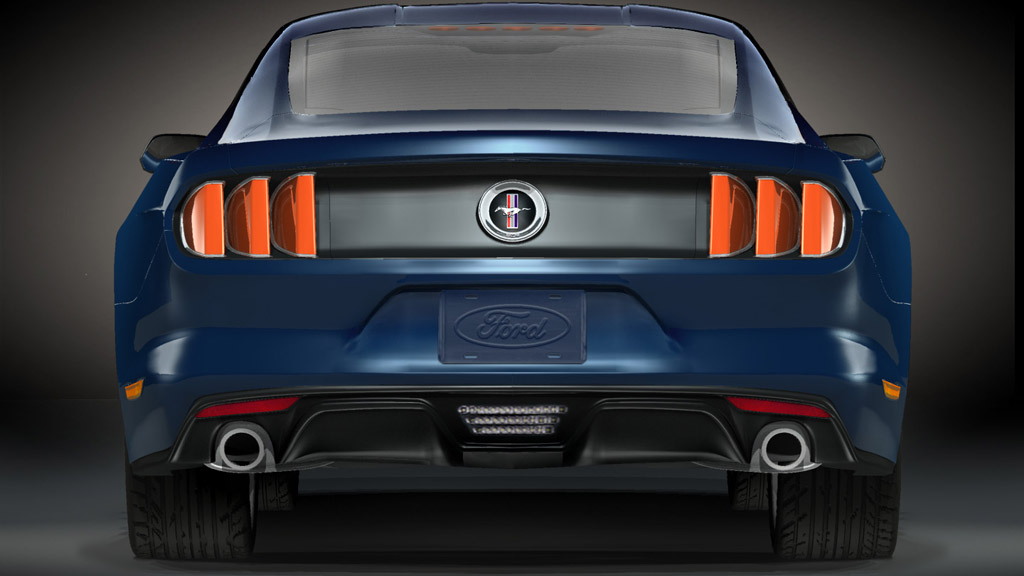 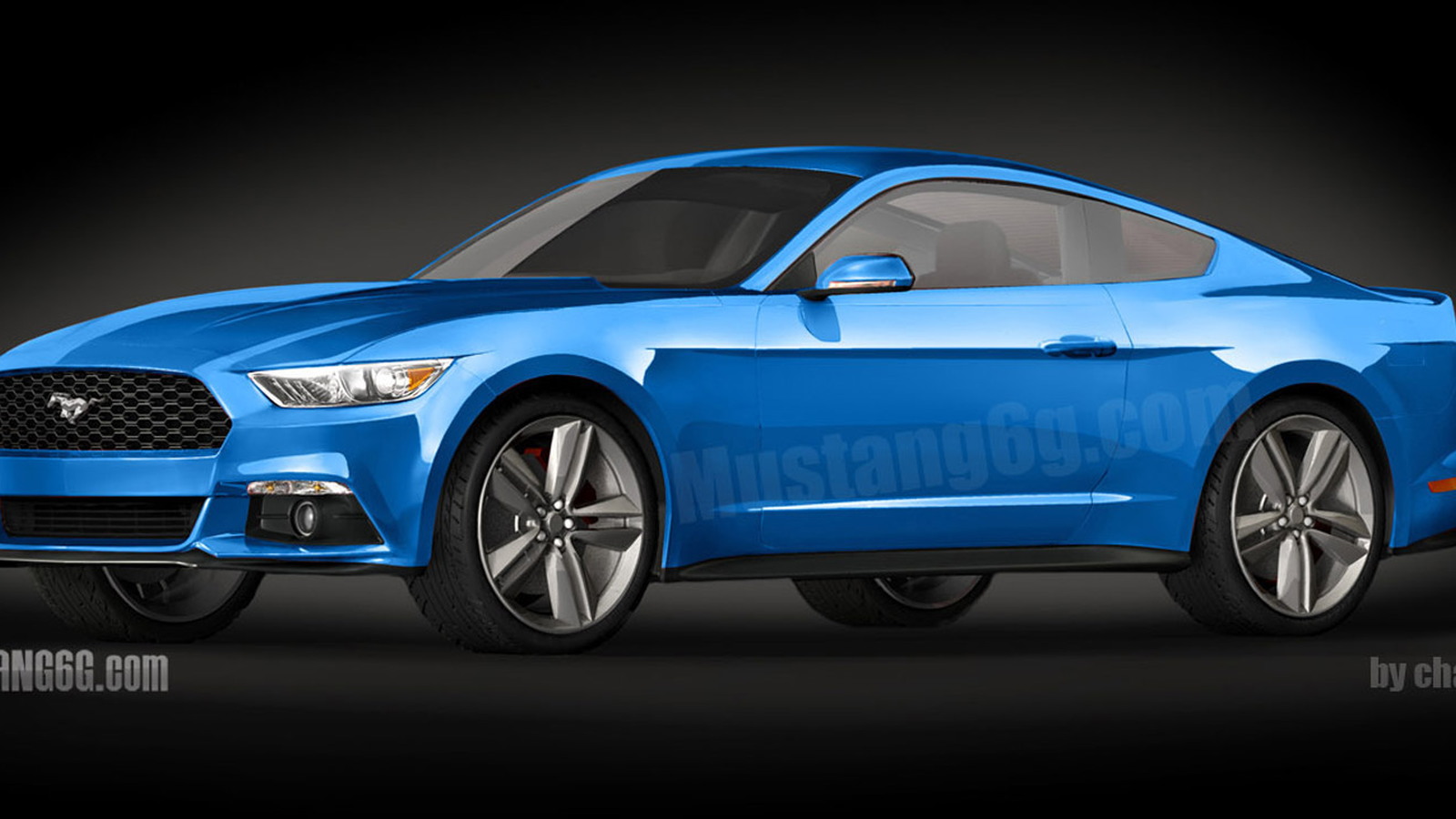 7
photos
Are these computer-generated renderings representative of the final design for the 2015 Ford Mustang? Possibly. Sourced from enthusiast site Mustang6G, they are claimed to based on official CAD drawings for the actual car. The lines do align nicely with what we’ve seen in previous spy shots, suggesting that the 2015 Mustang will maintain the current car’s classic styling cues but combine them into a shape that’s modern and sleek.

From the previous spy shots, we know the 2015 Mustang will be roughly the same size as the current car, but with a lower roof. There will also be a clear family resemblance with other Ford Motor Company [NYSE:F] products; the shapes for the headlights and grille seen on prototypes are very similar to those found on the latest Taurus and Fusion models.

Other than these renderings, we don’t have any new information beyond what we’ve already reported.

There are claims the new Mustang will be revealed in full this December, ahead of an official world debut at the Detroit Auto Show in January and the iconic nameplate's 50th anniversary in April.

Underpinning the car will be a brand new platform complete with an independent suspension setup in the rear. Weight should be down on the current car, possibly to the tune of 200 pounds less, and fuel consumption further cut by the introduction of a four-cylinder EcoBoost engine. The base engine is expected to remain a V-6, however, and the Mustang GT should continue with a 5.0-liter V-8.

Real performance freaks--and those with a little extra cash to burn--should wait for replacements for the Shelby GT500 and Boss 302. The former is expected to be superseded by a GT350-badged model, and both are said to use versions of Ford's new "Voodoo" V-8, which is said to be twin-turbocharged in the Shelby and naturally-aspirated in the Boss. Peak outputs should register in the 500-600 horsepower range.

A third hi-po Mustang is also said to be planned.

This one, perhaps called a Mach 1, will continue with the current Shelby GT500's supercharged 5.8-liter V-8 and the full 662 horsepower that comes with it.

As mentioned, we expect the 2015 Ford Mustang to make its debut in December, followed by a public unveiling at the 2014 Detroit Auto Show in January. It's not yet clear if Ford will show both the coupe and the 2015 Mustang Convertible at the same time, or if it will delay the droptop by a few months.