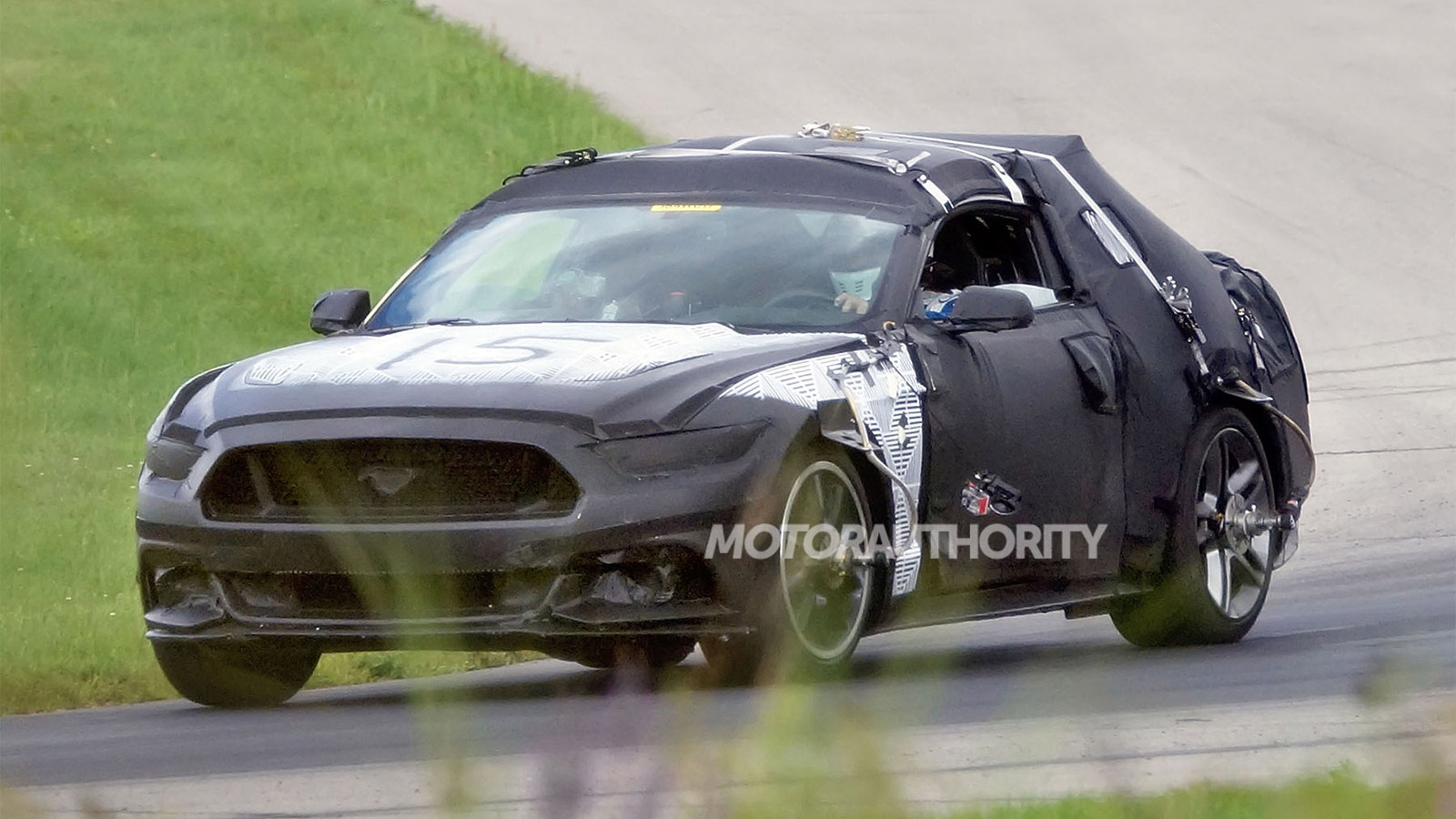 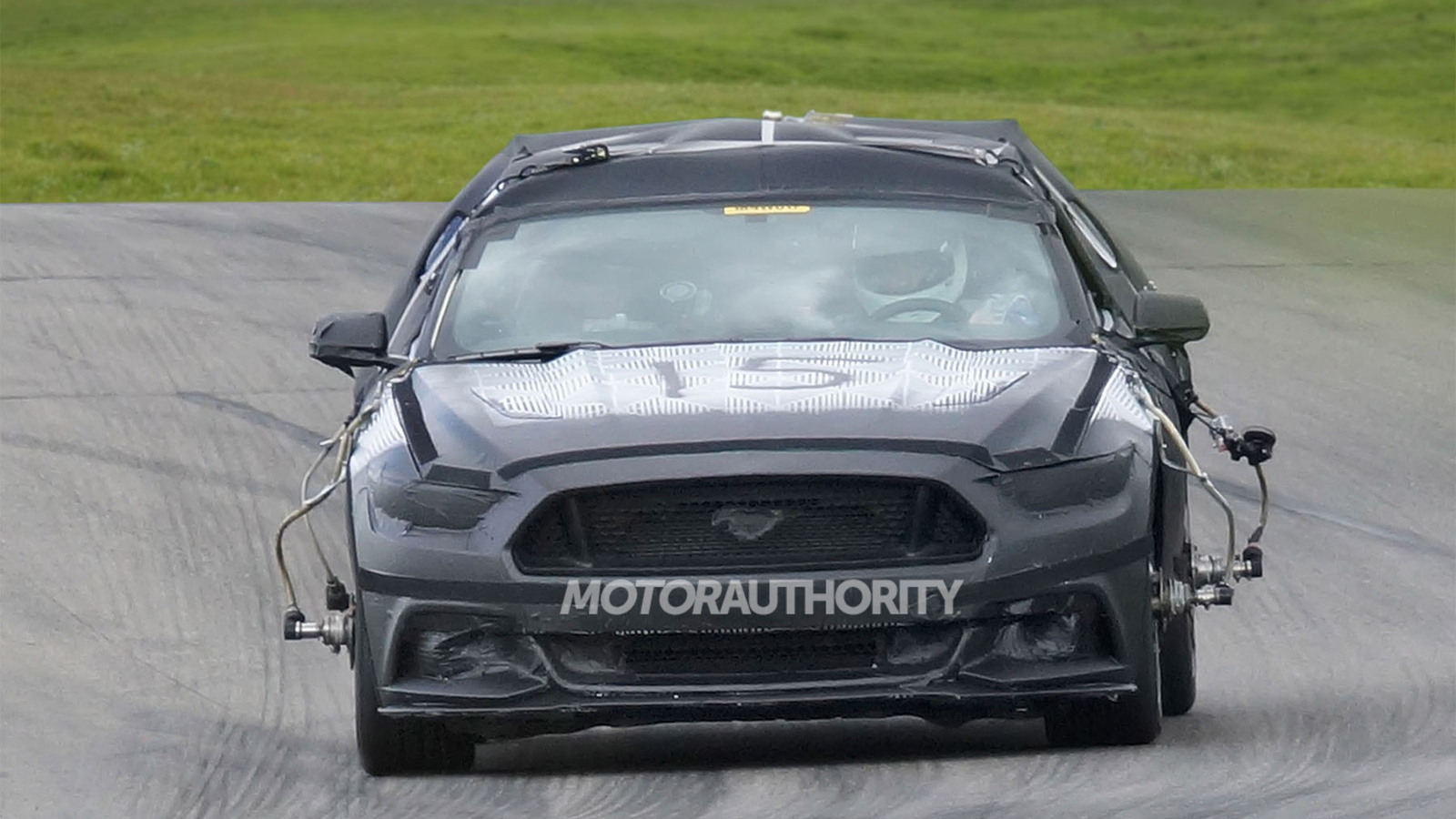 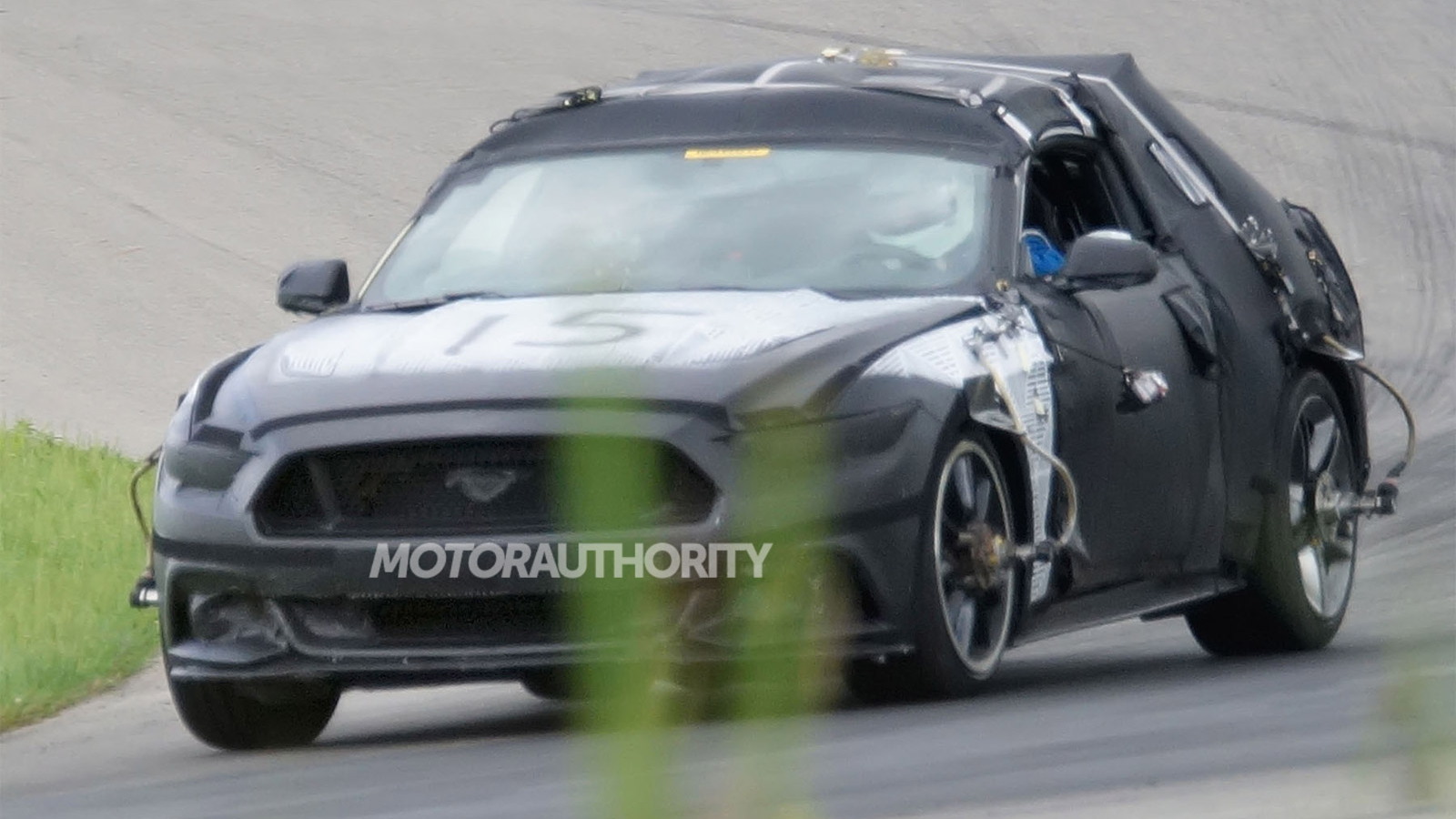 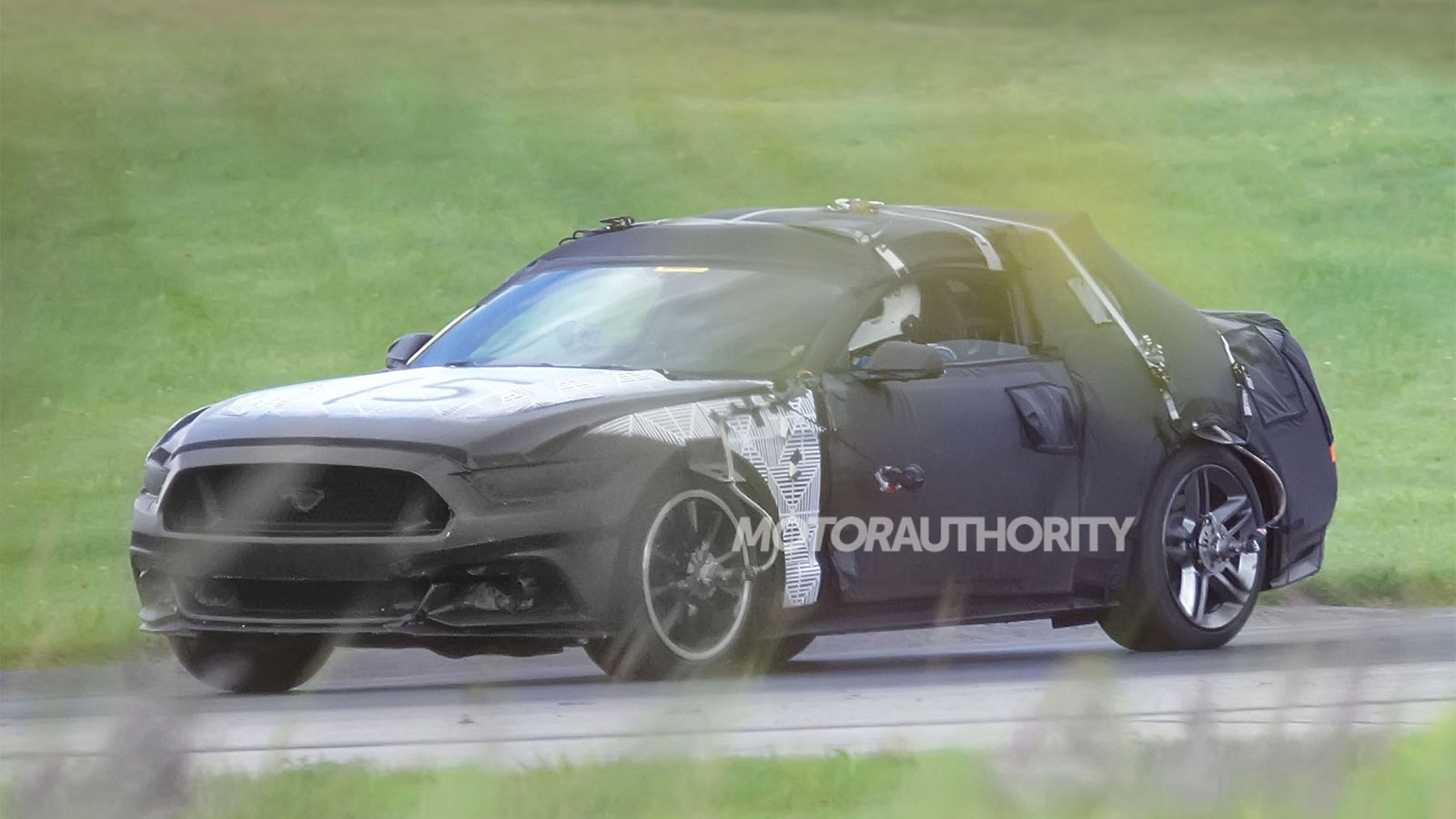 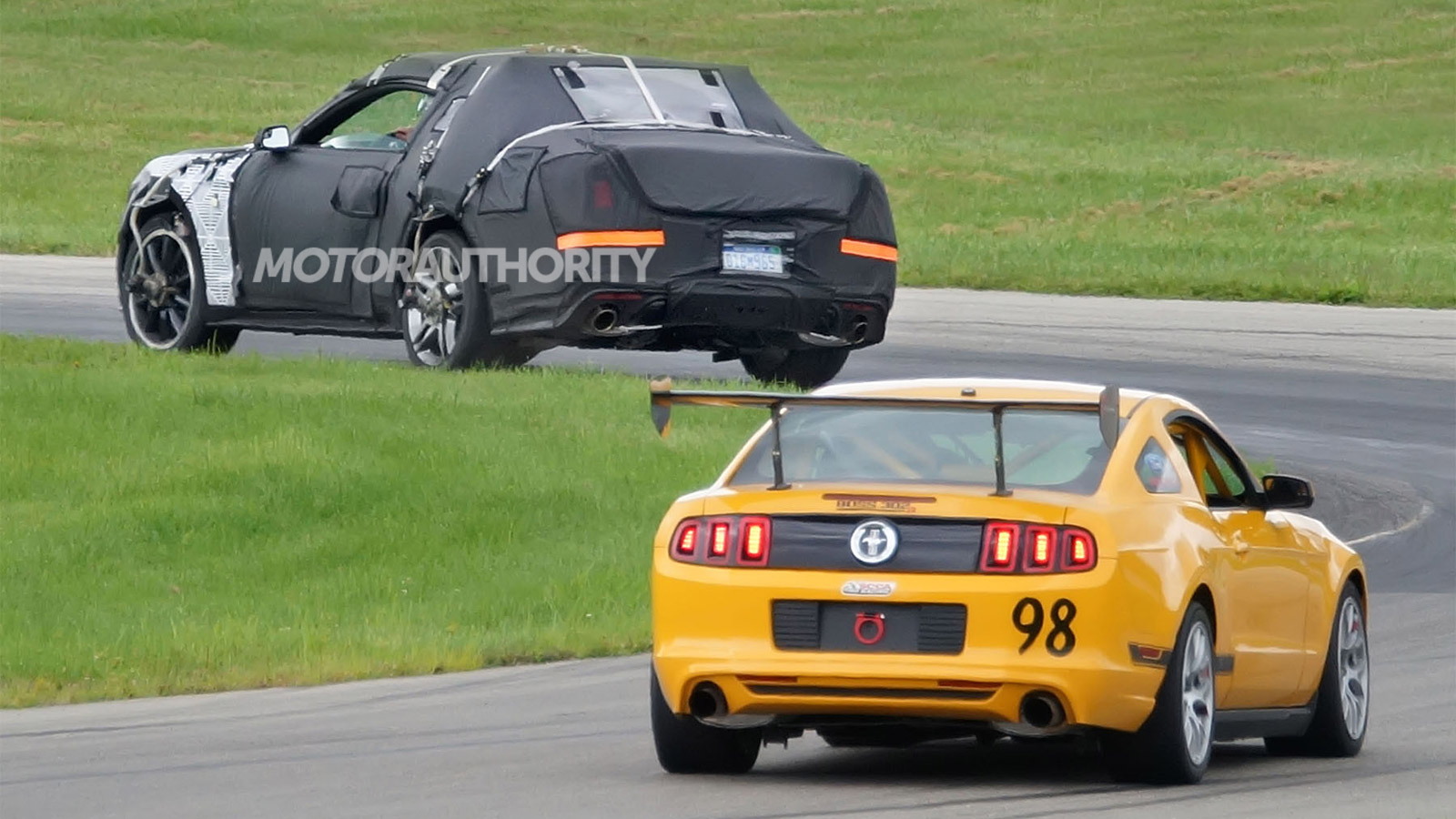 9
photos
It isn't long before next year's most anticipated new car, the 2015 Ford Mustang, is revealed in all its glory. Now, full details of the new model have leaked, giving us full insight into its powertrain, styling cues and chassis.

Importantly, details gathered by Car and Driver reveal the Mustang still has close family ties to previous cars, and shouldn't upset too many fans of the existing model's pseudo-retro styling. It's a little smaller and a little sleeker than before, but mixes the classic retro Mustang shape with cues from more recent Ford Motor Company [NYSE:F] models--in particular, the Fusion.

The overall impression is of a car that looks sharper than before without losing its pony car looks--and neat details like the current sequential turn signals return, albeit updated with each element raised above the light unit in a new 3-D design.

The next important change is that of the powertrain. It's long been known that a four-cylinder model would return to the Mustang range, now confirmed as a 310-horsepower, direct-injection 2.3-liter unit. It'll sit above the base six-cylinder unit but below the 'Stang's archetypal V-8. Both vee-engines feature identical power ratings to the current car: 305 horses for the V-6, 420 for the V-8.

HEAR IT: Is This Ford's Four-Cylinder EcoBoost 2015 Mustang? Sure Sounds Like It

That's at launch, at any rate--the GT-badged V-8 is expected to jump to 500 ponies a few months later. While transmissions are also carried over from the current car, with six-speed manual and automatics available at launch, the slushbox will make way for a new 10-speed auto in a couple of years. The unit is currently being developed together with GM.

Real performance freaks--and those with a little extra cash to burn--should wait for replacements for the Shelby GT500 and Boss 302. The former will be superseded by a GT350-badged model, and both are set to use versions of Ford's new "Voodoo" V-8, which is said to be twin-turbocharged in the Shelby and naturally-aspirated in the Boss. Peak outputs should register in the 500-600 horsepower range.

A third hi-po Mustang is also said to be planned. This one, perhaps called a Mach 1, will continue with the current Shelby GT500's supercharged 5.8-liter V-8 and the full 662 horsepower that comes with it.

Other changes to the 2015 Mustang are mostly expected. The car's curb weight should drop by around 200 pounds, rear suspension is independent across the range, and a retro-styled interior still features--augmented by a large MyFord Touch touchscreen should the customer desire.

Pricing is unconfirmed, but enthusiast site Mustang6g suggests a base price under $24,000, a near-$1,800 increase over the current base model. The site also backs up Car and Driver's leaked engine details, a recent Morpace survey also suggesting the four-banger's highway economy could top 32 mpg.

The 2015 Mustang is expected to debut in full in December, prior to an international launch at the Detroit Auto Show in January 2014 and the nameplate's 50th anniversary in April.