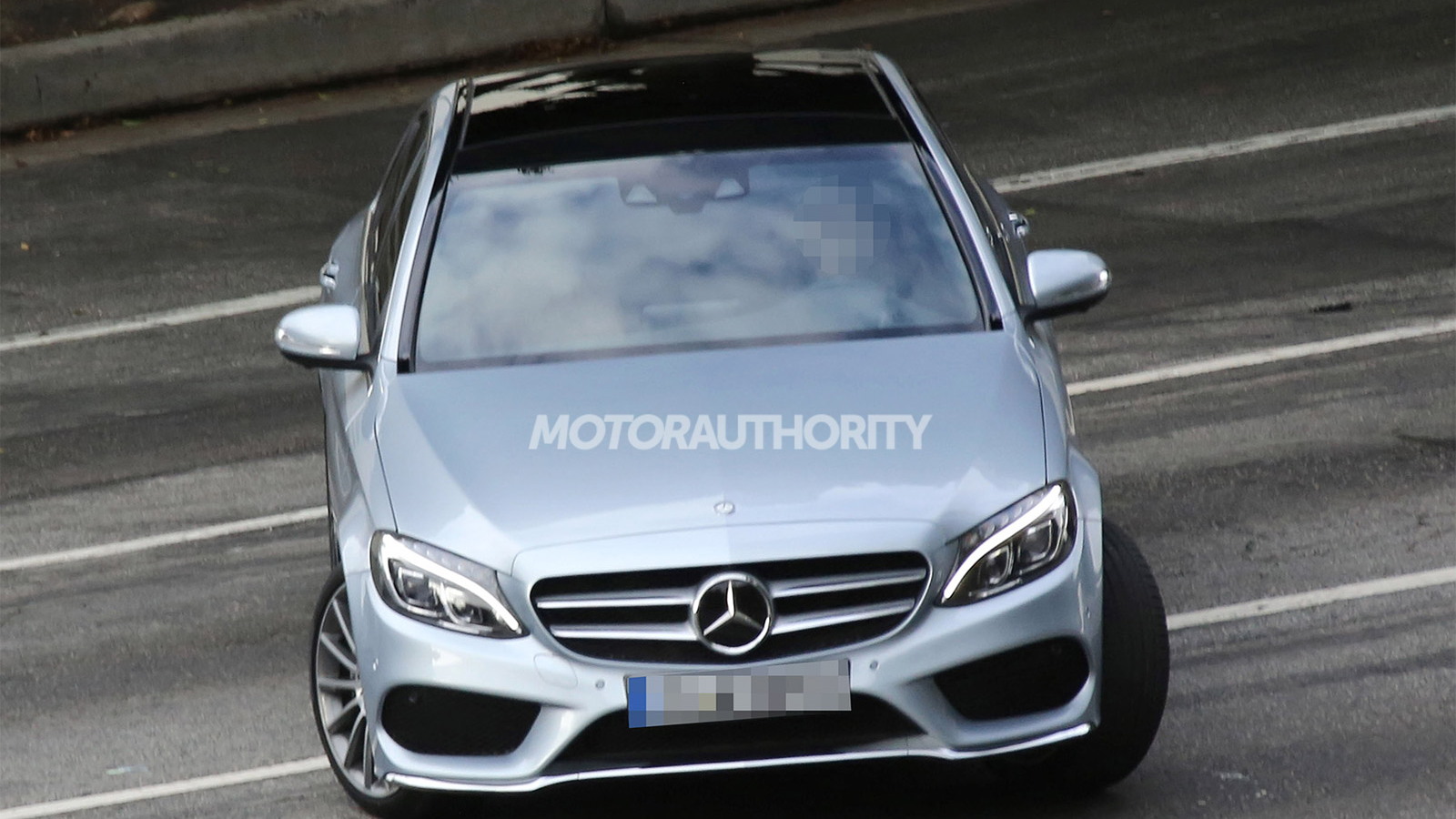 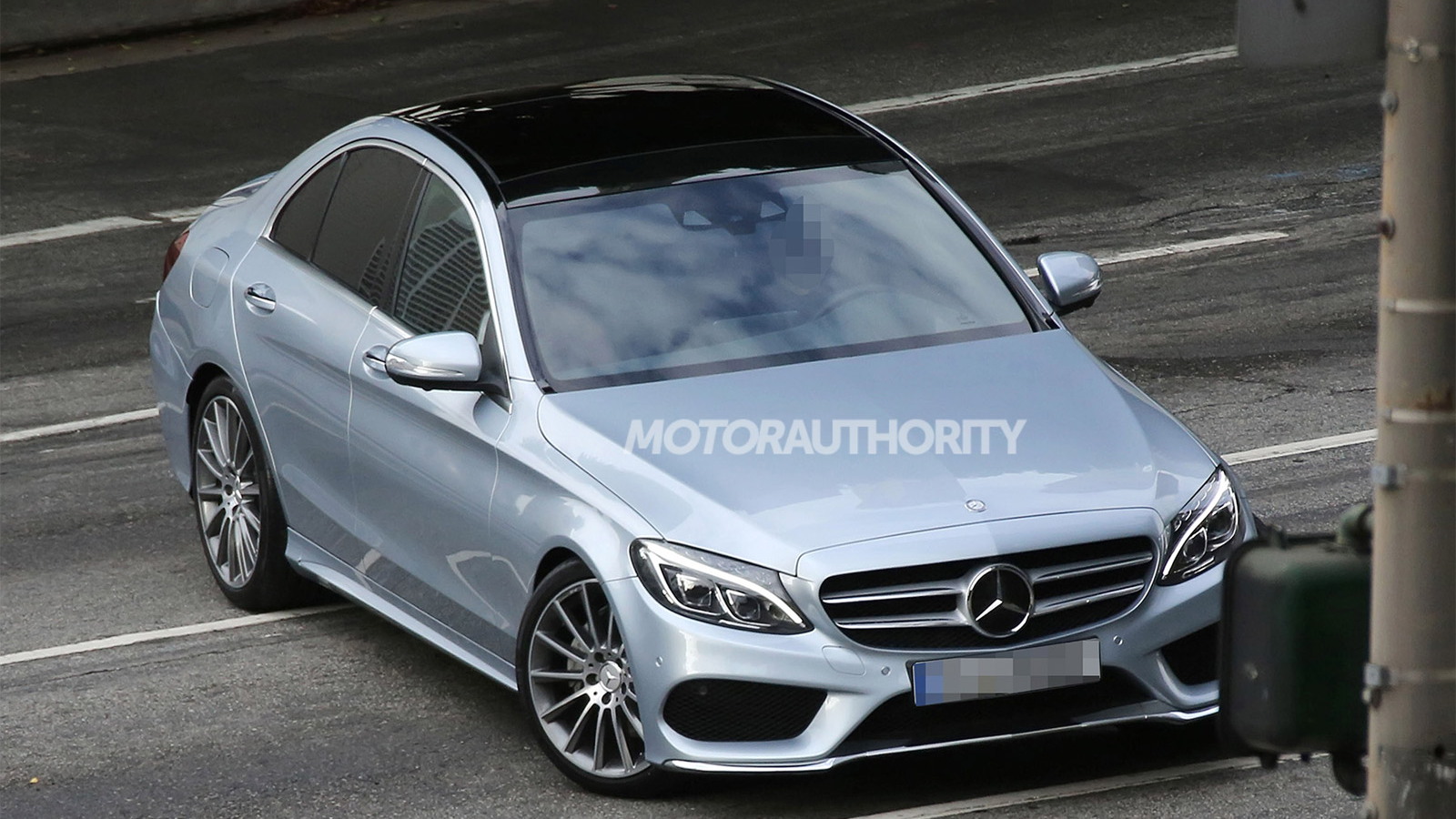 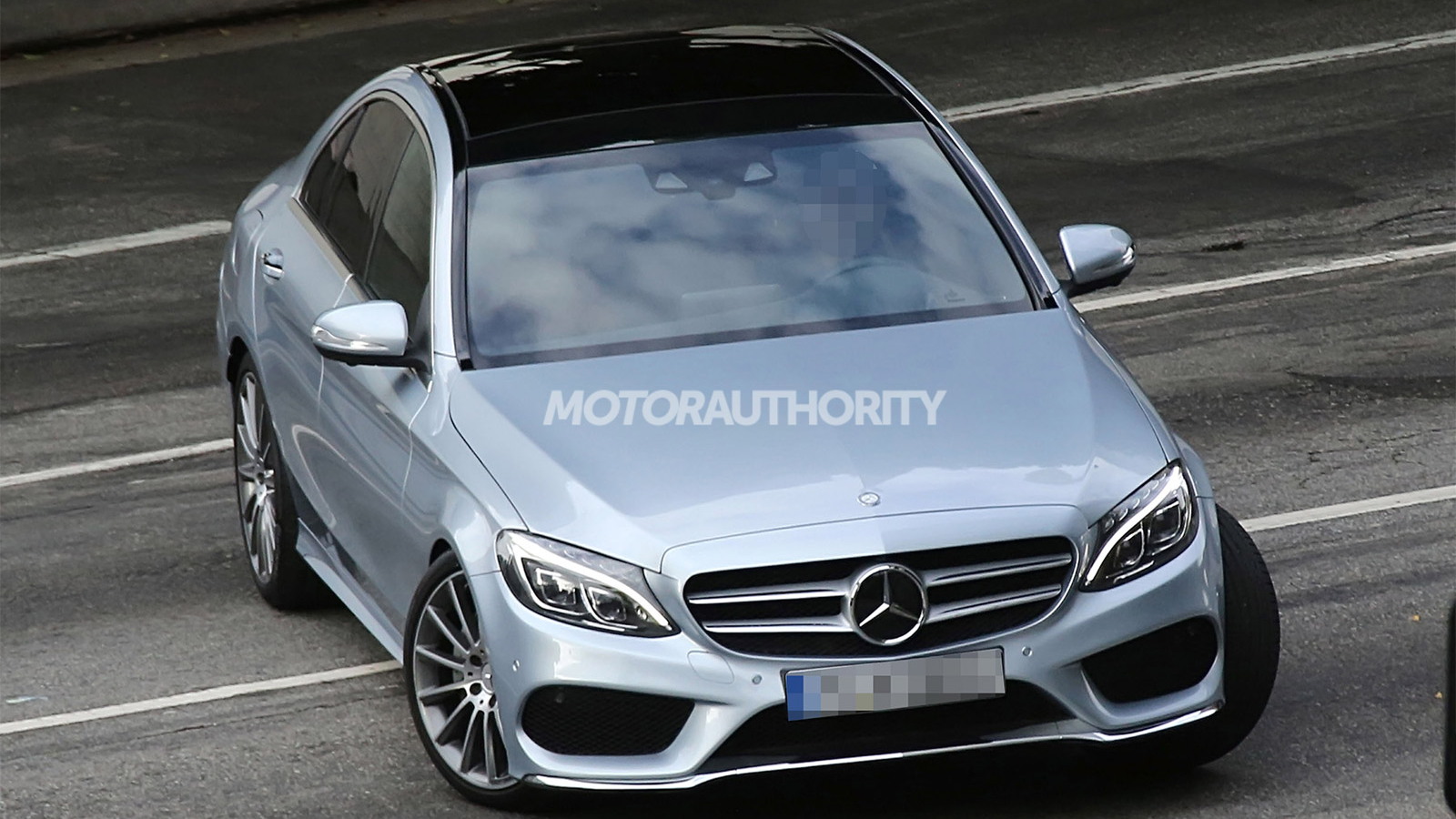 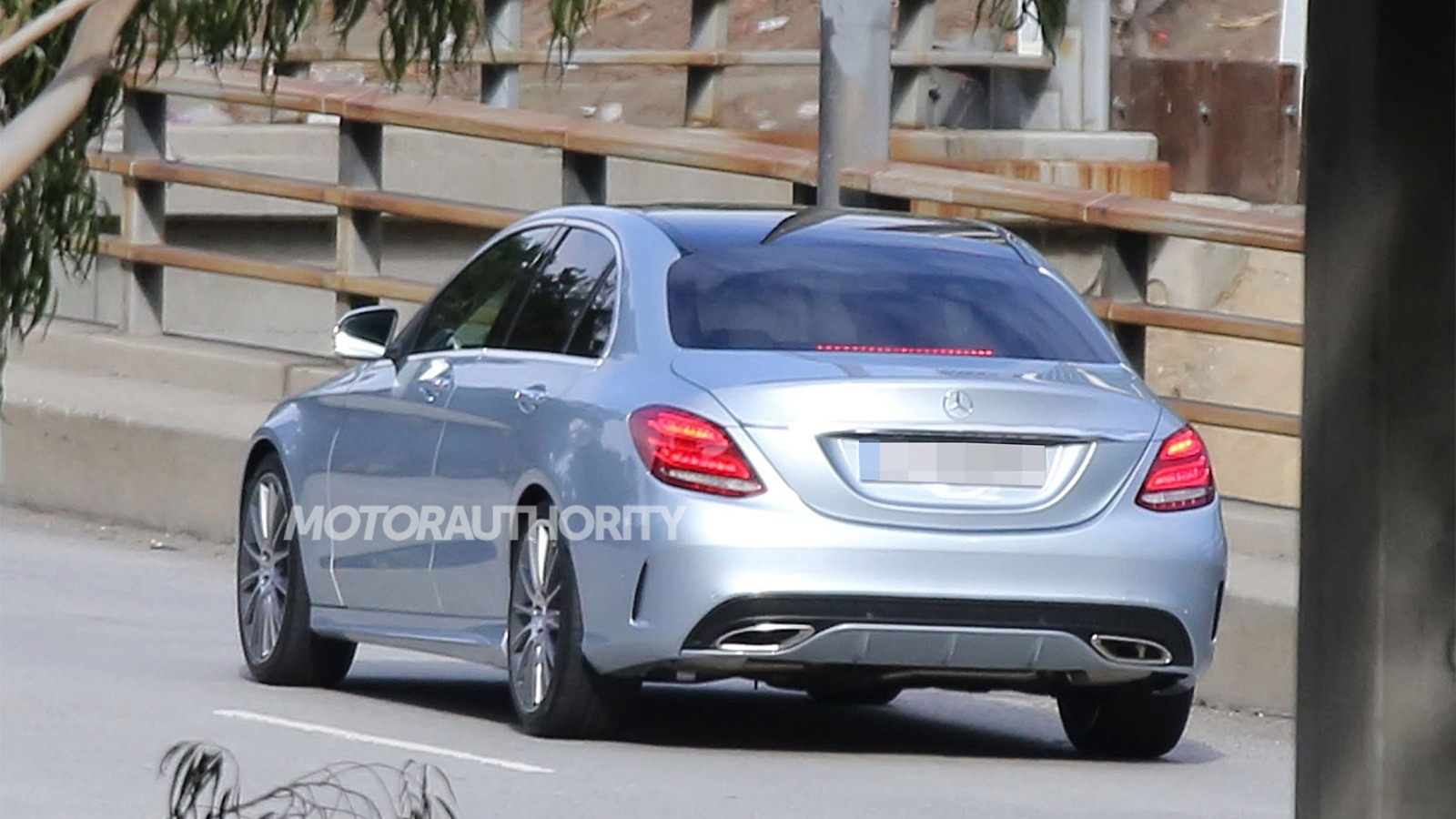 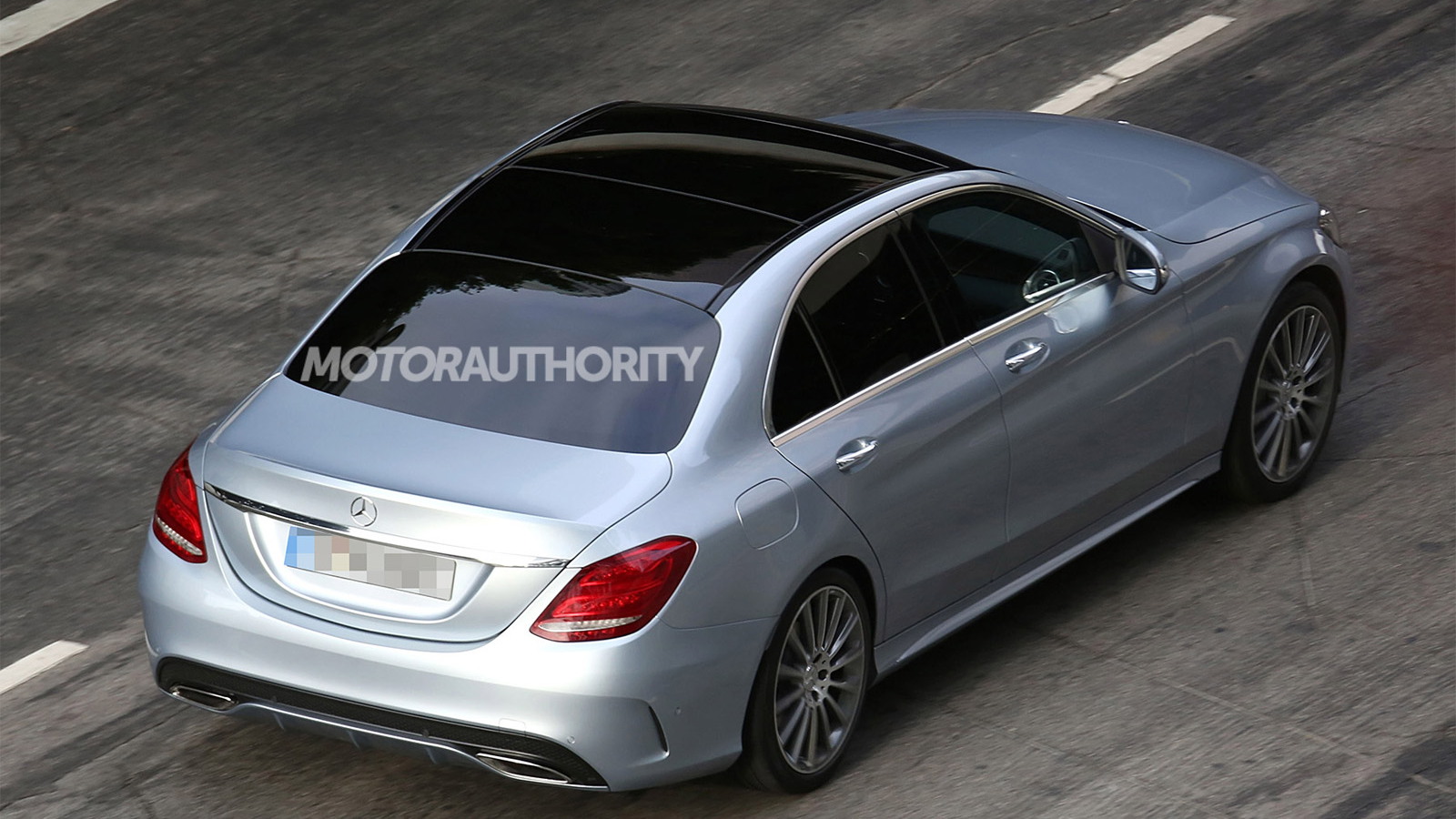 33
photos
A completely undisguised version of the next-generation Mercedes-Benz C-Class has been spotted, this time without any camouflage whatsoever. Our photographer managed to snap these shots of the car during what appears to be an official photo shoot for the upcoming C-Class.

The shots confirm Mercedes’ designers have taken a safe route with the styling of the new car, following BMW’s lead with the latest 3-Series by retaining the previous model’s overall proportions but sharpening things up a bit. They also show a look clearly inspired by the elegant lines of the larger S-Class and one that should prove popular with buyers of small luxury sedans. Note, this particular C-Class has been fitted with an AMG sport package that will be available for the car.

Mercedes has already shown us the interior of the new C-Class and revealed some of the technical details, and so far the car appears to offer a level of luxury, quality and technology not previously seen in this segment. New items will include a touchpad surface, a head-up display and perfume dispenser.

Underpinning the car is Mercedes’ flexible MRA rear-wheel-drive platform, which also features in the larger E-Class and S-Class models. The platform features a mix of aluminum, high-strength steels and even some composites. This has helped engineers shed some 220 pounds off the weight of the outgoing C-Class, while also allowing the new model to be safer and more rigid.

A number of tech features have also been borrowed from the car’s bigger brothers. These include air suspension, vehicle surround monitoring systems and more advanced active braking systems.

As for the drivetrains, expect to see an eight- or possibly even a nine-speed automatic fitted. We’re unlikely to see a three-cylinder engine offered in the C-Class anytime soon but a turbocharged 1.8-liter engine should make its way into the base model. A V-6 should remain, and will be joined by a range of diesel engines and a new hybrid. This hybrid model will likely pair a four-cylinder gasoline engine with an electric motor sandwiched between the engine and gearbox. 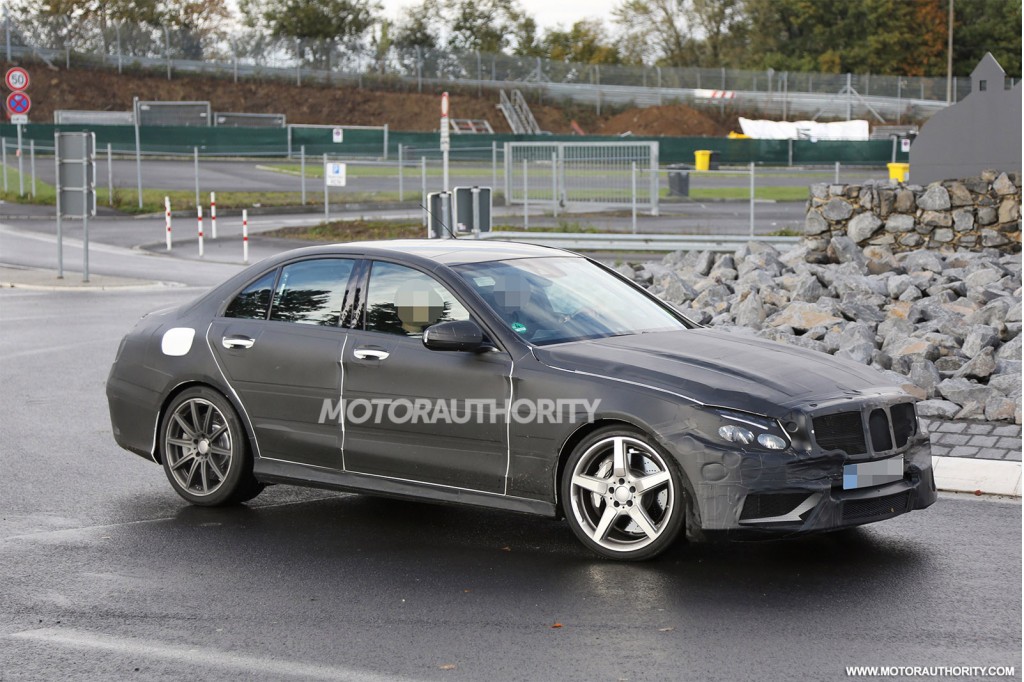 Further down the track a high-performance AMG model will be launched, complete with a twin-turbocharged V-8 engine developing around 450 horsepower. This engine is said to be a new 4.0-liter unit destined to appear in a handful of AMG models. Its first application will be in the upcoming AMG GT sports car, which replaces the SLS AMG next year.

While the 450-horsepower estimate may not have grown much compared to the current C63 AMG, performance should be improved thanks to a lighter overall structure. A more powerful S-Model, like that seen on the 2014 E63 AMG, is possible also.

The new C-Class will hit showrooms next fall, as a 2015 model, and will for the first time be manufactured at Mercedes’ plant in Tuscaloosa, Alabama. Wagon and coupe models will return and will be joined by a new C-Class Convertible.