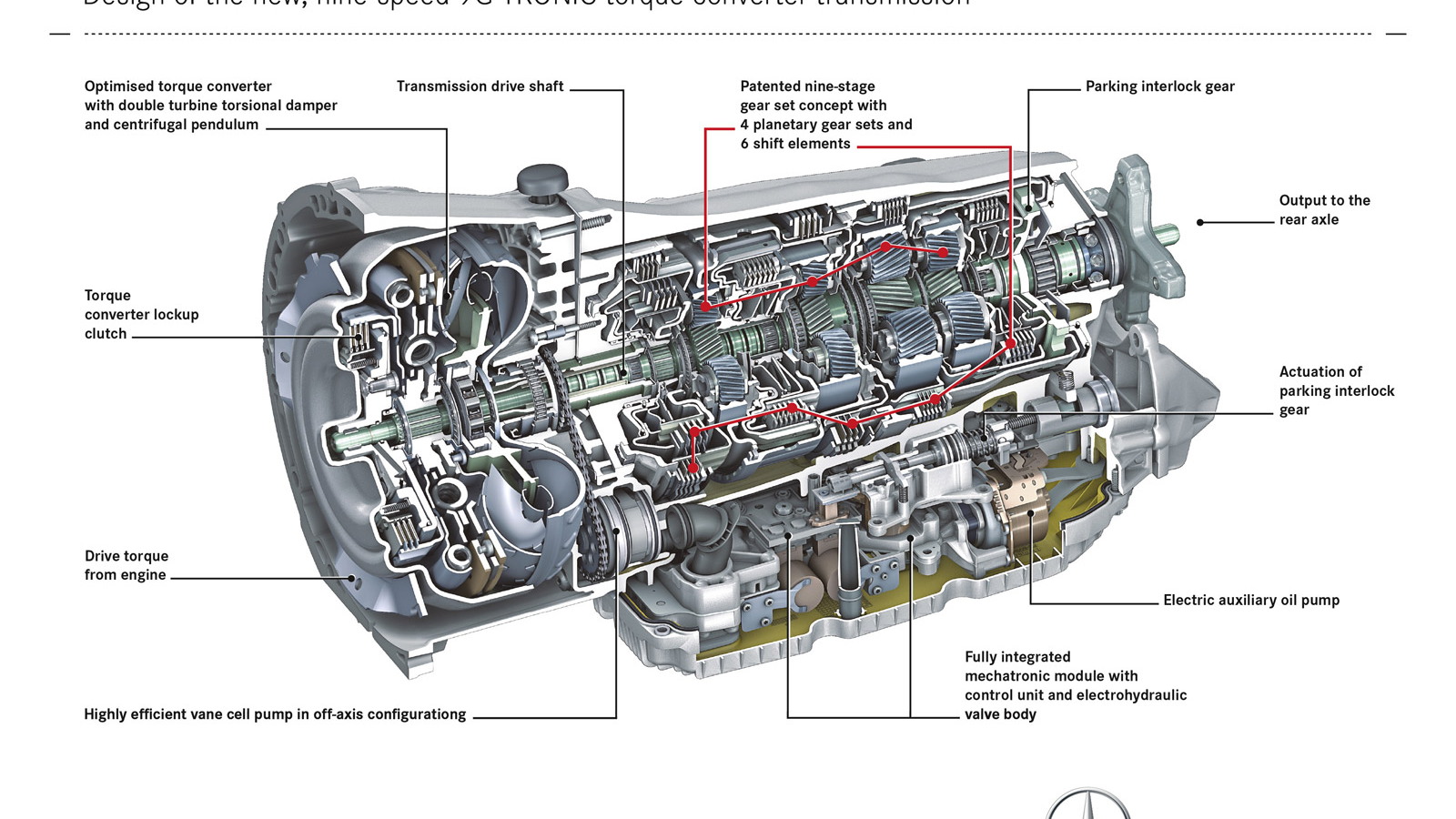 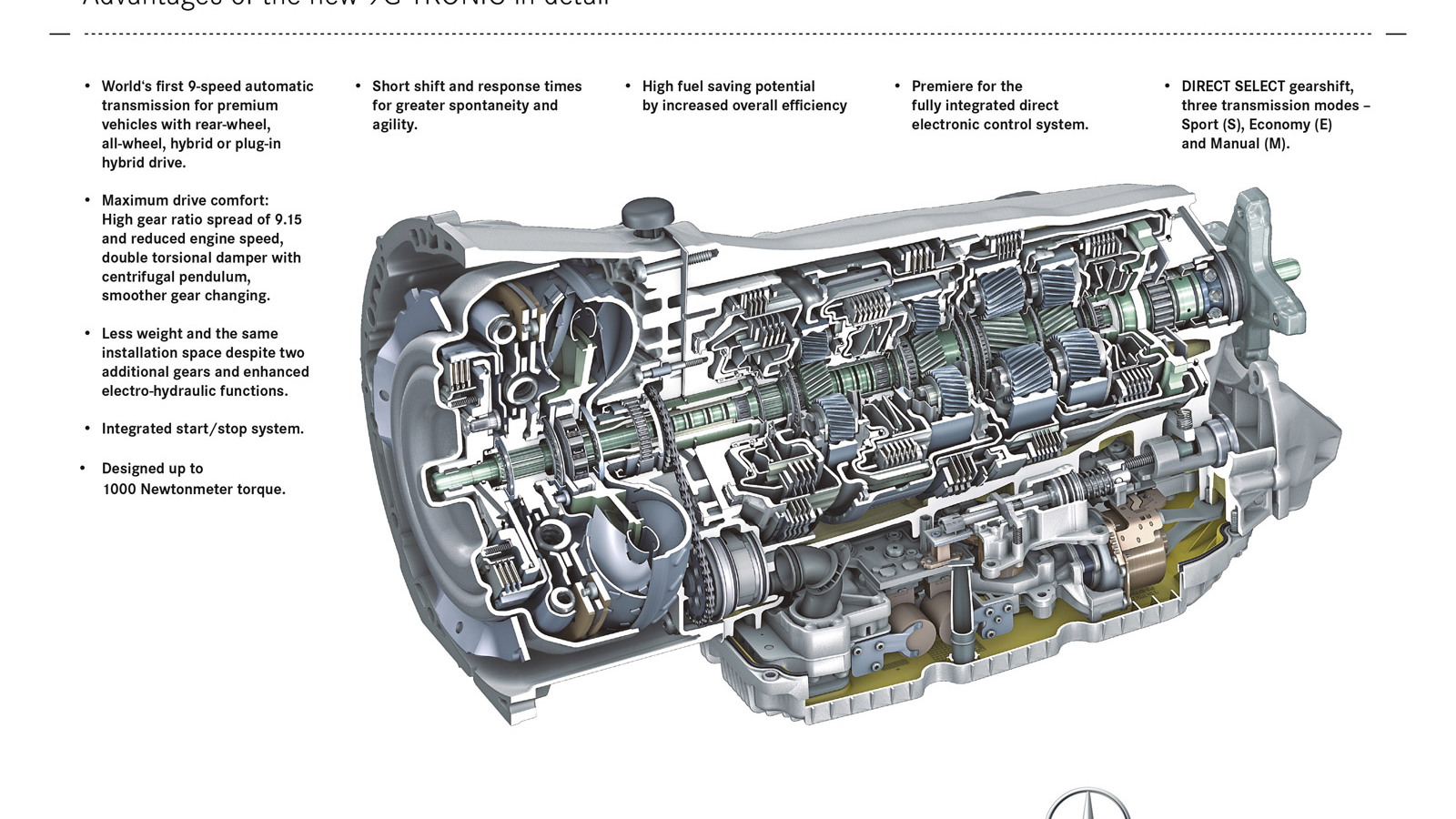 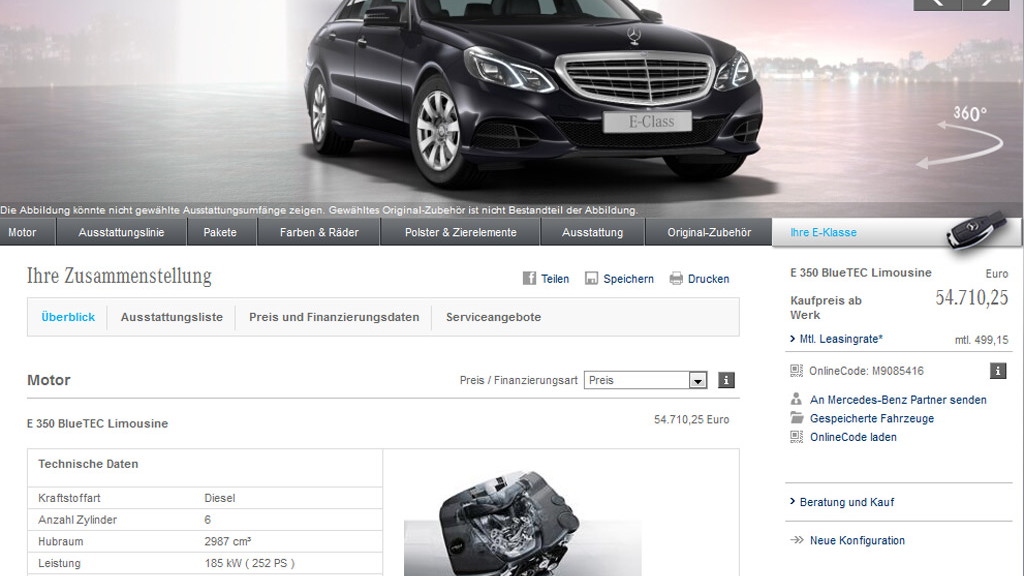 3
photos
Following the recent news that the E-Class, at least in Europe, is now available with a nine-speed automatic transmission, Mercedes-Benz has released the full details on its latest cog-swapper and confirmed that it will be available in most of its models in the coming years.

Currently, the new transmission, which is called the 9G-TRONIC, is available exclusively in the E350 BlueTEC sedan and wagon. Mercedes says it can be fitted to rear- and all-wheel-drive cars, and that it also works with hybrid and plug-in hybrid applications.

The higher number of gears and the broader gear ratio spread (9.15 for gears one to nine) help to increase smoothness but more importantly boost efficiency. This is achieved primarily through reduced revs. For example, in the E350 BlueTEC, whose 3.0-liter turbodiesel develops 248 horsepower, cruising at 75 mph in ninth gear sees the engine ticking over at just 1,350 rpm.

The car is also good for 0-62 mph acceleration in just 6.6 seconds and fuel economy of 36.75 mpg in the city cycle, up from 34 mpg with the previous 7G-TRONIC seven-speed transmission. The highway figure remains unchanged at 50 mpg. Note, European figures are listed.

An engine stop-start system is also included to maximize efficiency.

But the transmission also comes with a manual mode that’s said to deliver crisp changes when you want a bit of spirited driving. The speed at which it changes gears is due to a direct control system that enables short, barely perceptible gear changes, and it’s also possible for several gears to be jumped when accelerating or decelerating.

Another advantage of the transmission is its lightweight construction. Despite two additional gears and a maximum transferable torque of up to 737 pound-feet, the 9G-TRONIC transmission requires as little installation space as its seven-speed predecessor and, in addition, is lighter. Another goal was to implement the nine gears with the lowest number of planetary gear sets and shift elements as possible. Four simple planetary gear sets and six shift elements are used and work together with three speed sensors.

As previously reported, numerous other automakers are looking to additional gear ratios to eke out further savings in fuel consumption. ZF has already announced a nine-speed automatic, which will debut in the Range Rover Evoque this year and eventually appear in some Chrysler products, and Ford and General Motors have announced plans to develop new nine- and ten-speed automatic transmissions together.