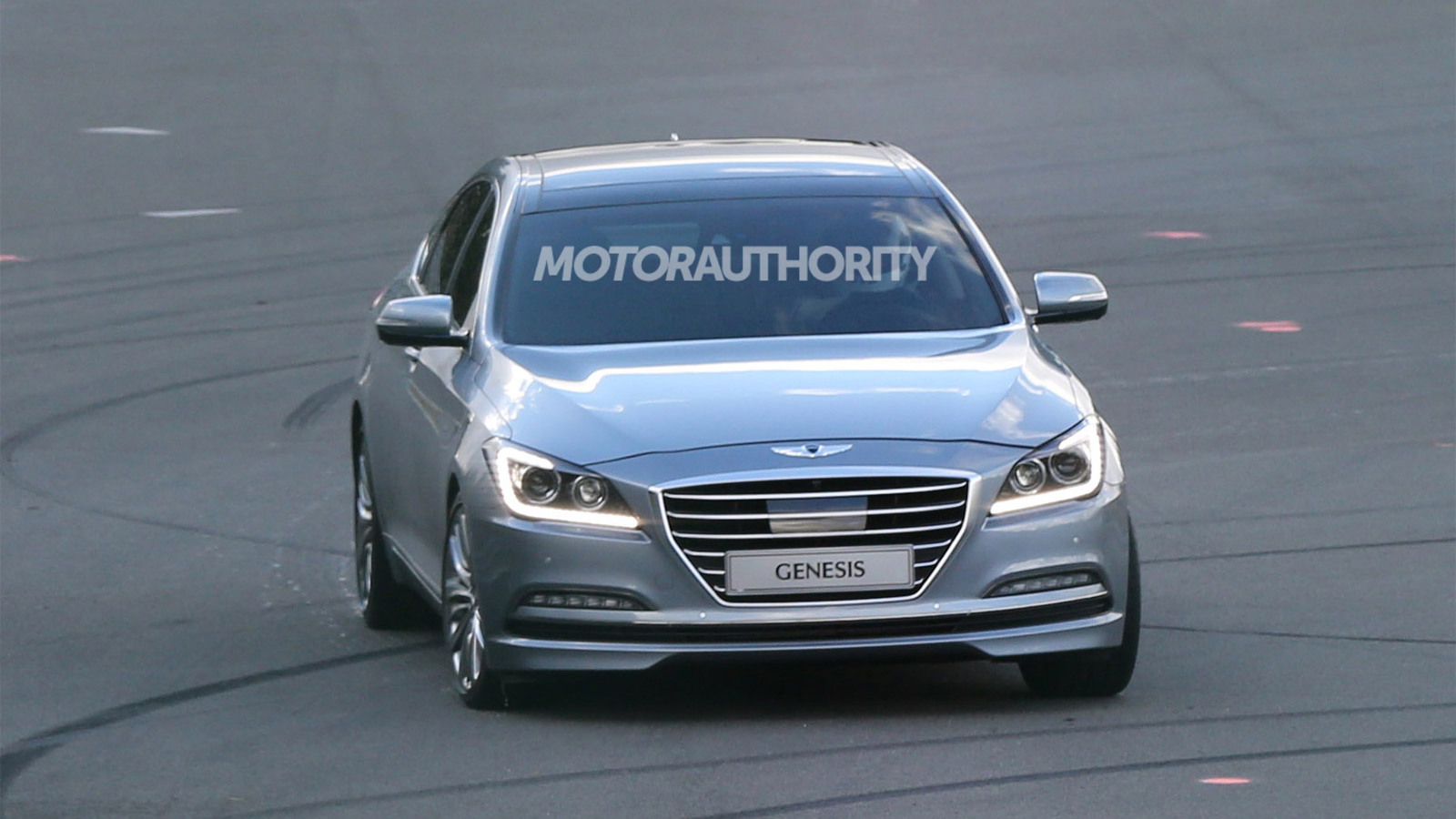 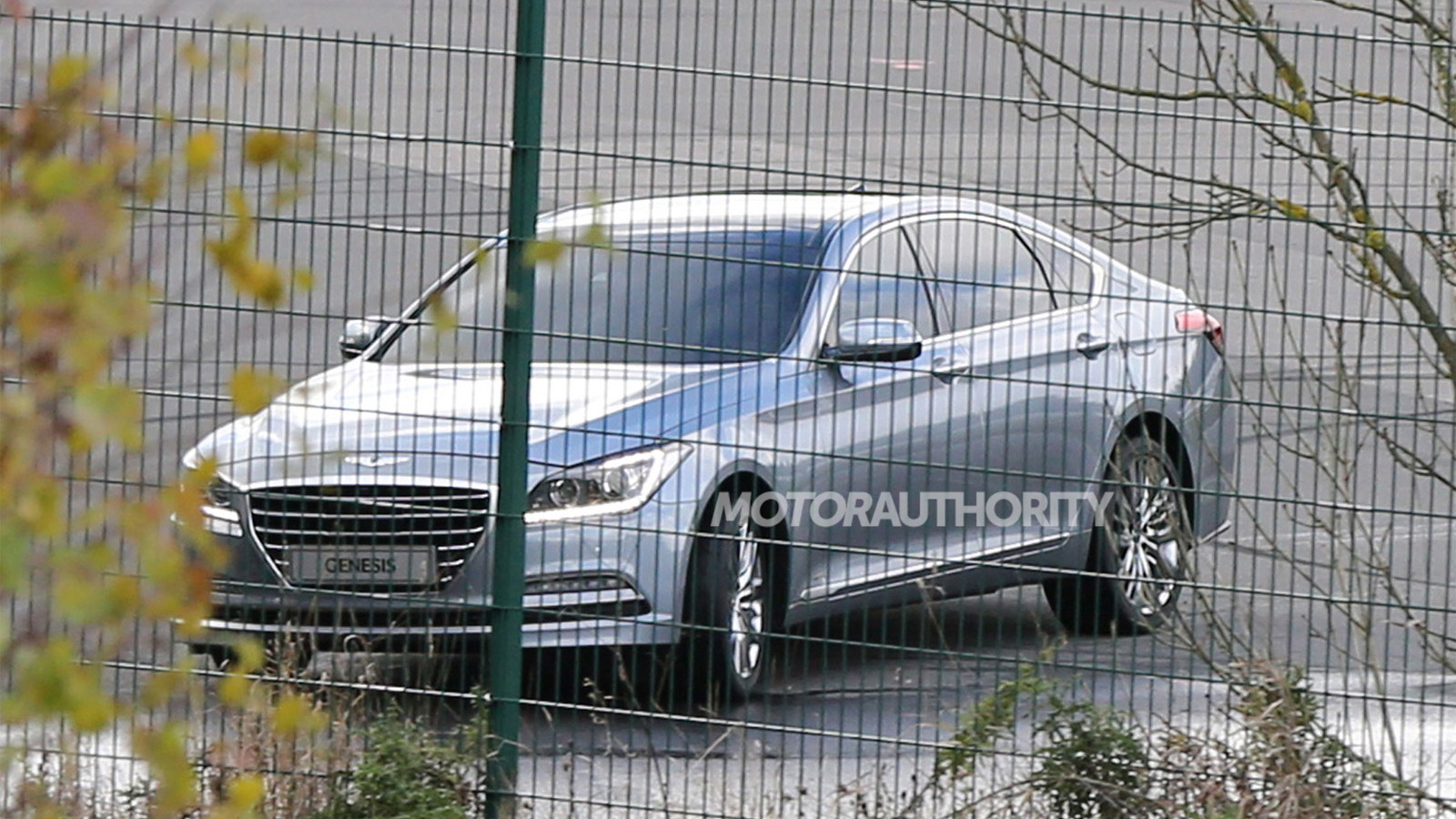 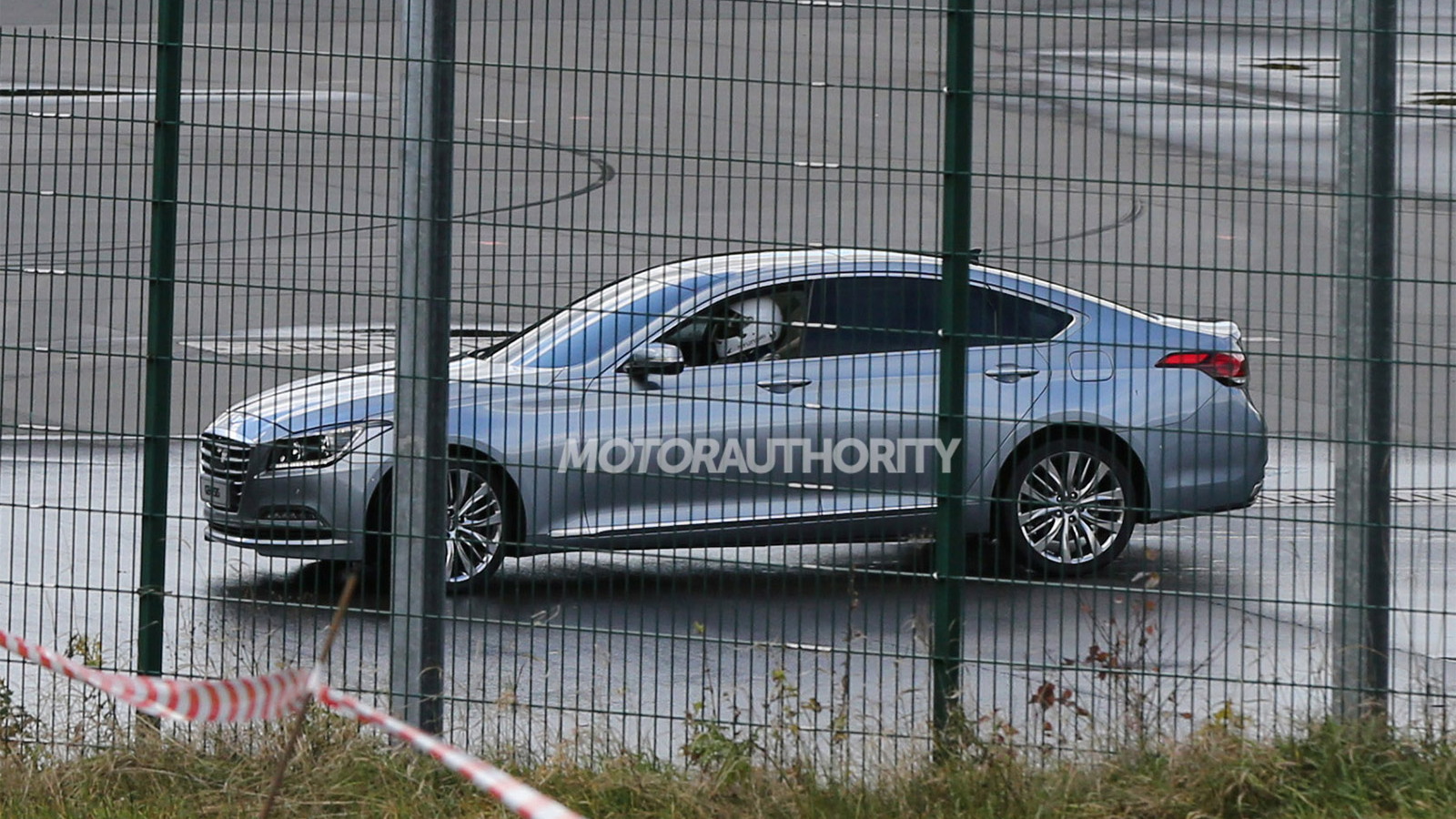 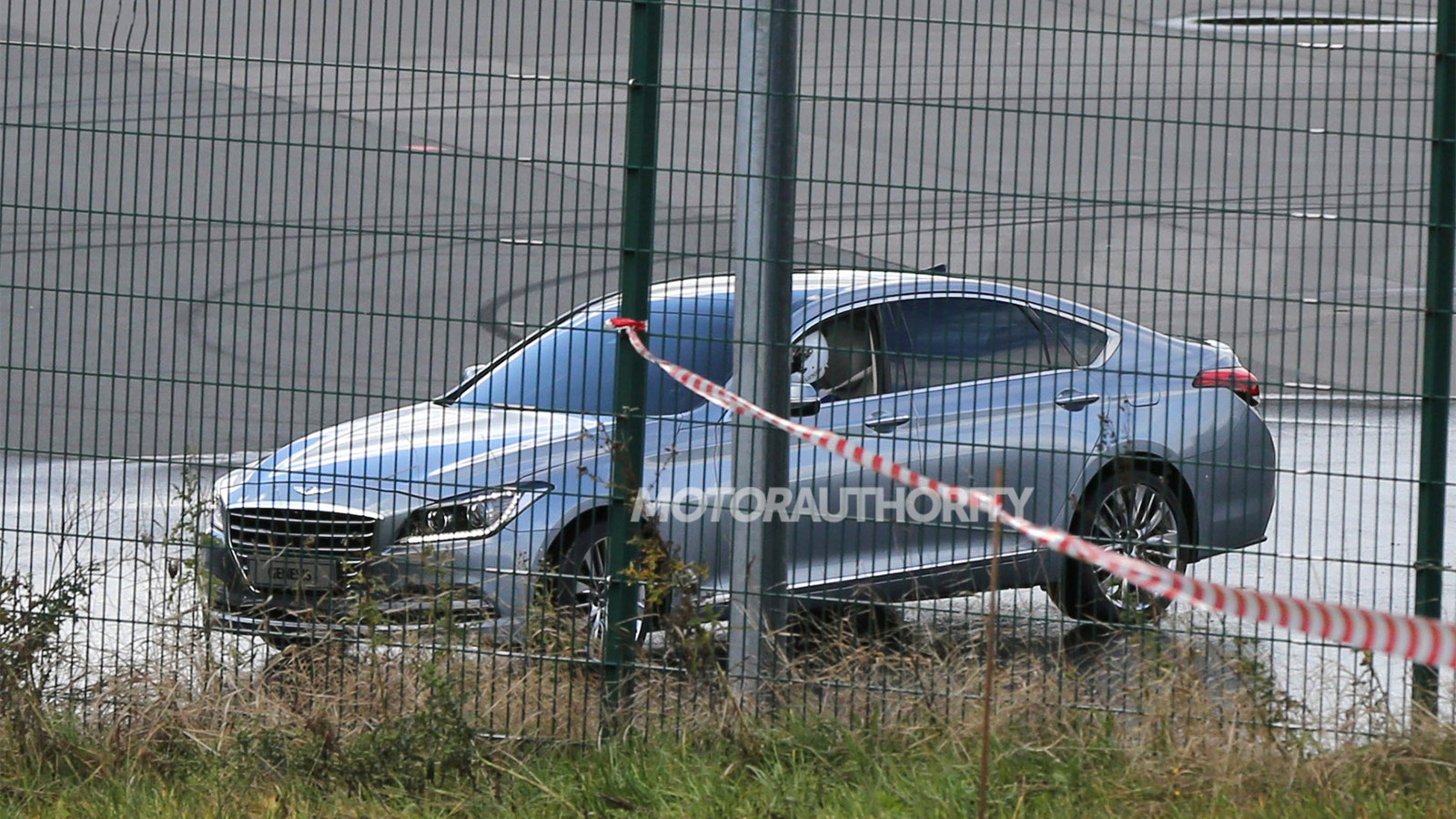 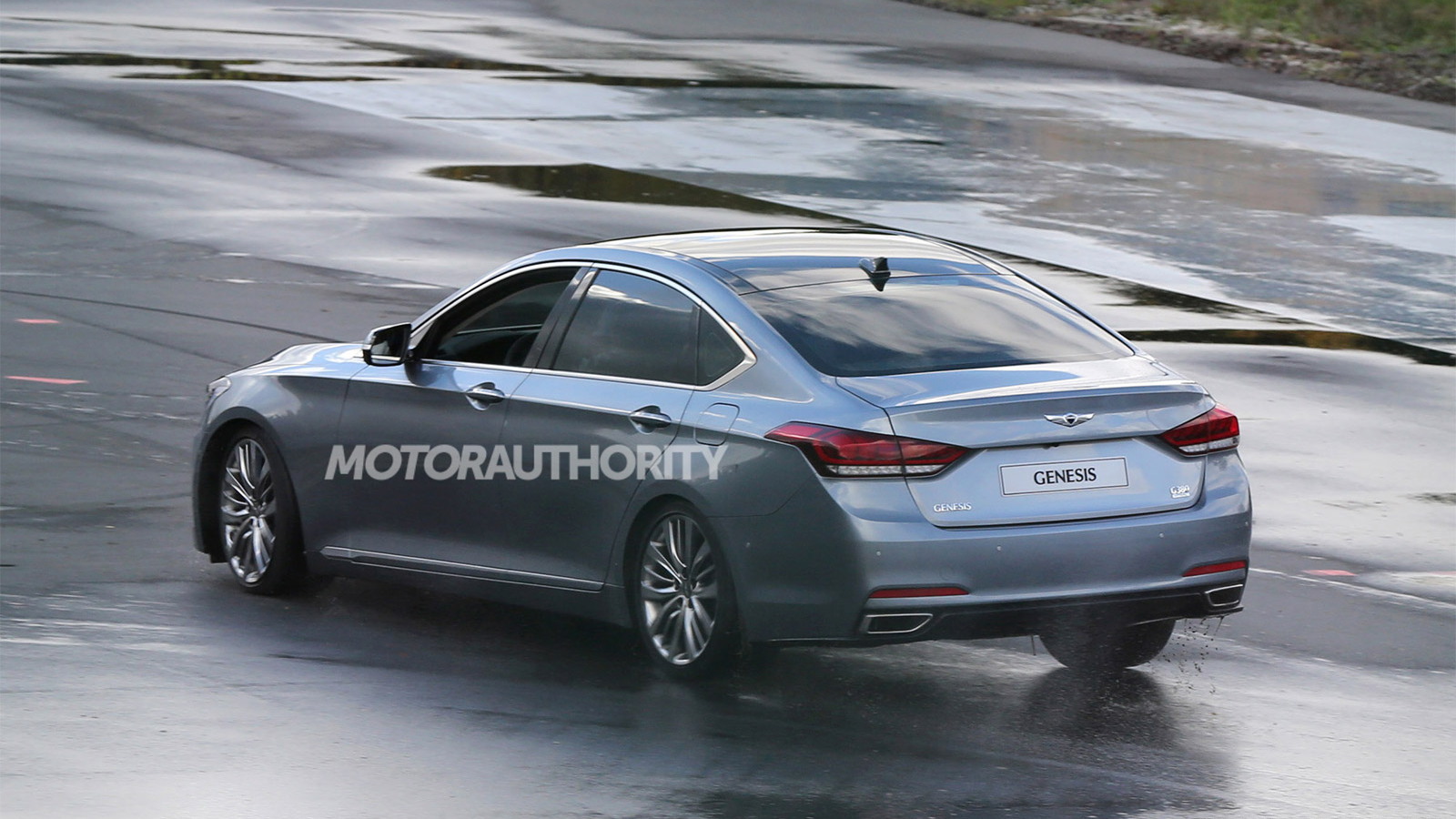 30
photos
Hyundai’s second-generation Genesis sedan is almost ready for its auto show debut but new spy shots already reveal the completed car. The new Genesis will be revealed in full later this year in Korea and will make its first appearance on the world stage at the 2014 Detroit Auto Show in January.

Hyundai has already started the teaser campaign for the car, and an undisguised version has previously been spotted. However, these spy shots reveal the car from virtually every angle. They show several design elements borrowed from this year’s forward-looking HCD-14 Genesis concept, and confirm the new Genesis will have a sleek and somewhat elegant look.

The design is the first iteration of Hyundai’s evolved ‘Fluidic Sculpture 2.0’ design language. It shows a significant departure from the automaker’s current themes, particular for the grille, which adopts an Audi-style single-frame design.

Hyundai is also targeting the performance and dynamics Germany’s luxury sedans are renowned for. Prototypes for the new Genesis were tested extensively alongside BMW 5-Series models, and much of the car’s development took place at the playground of the German automakers, the Nürburgring race track. The chassis is said to be stiffer and weight balance closer to the ideal 50:50 level. Meanwhile, electronic control for the traction and steering further aids handling in corners and stability at higher speeds.

Expect the first examples to hit showrooms by the middle of next year, making the new Genesis a 2015 model. The engine lineup is expected to mirror that of the outgoing model; this means the base 2015 Genesis will come with a 3.8-liter V-6 rated at 333 horsepower, and the range-topper, possibly keeping its R-Spec label, will continue with a 5.0-liter V-8 rated at 429 horsepower. An eight-speed automatic should continue as standard and it's possible a new diesel option will be offered overseas.

The car in these latest shots is the V-6 model, as evidenced by a “G380” badge on its trunk lid. The V-8 model will likely be badged a “G500”. We can also see a badge with “HTRAC” written on it; this is the name of Hyundai’s new all-wheel-drive system. 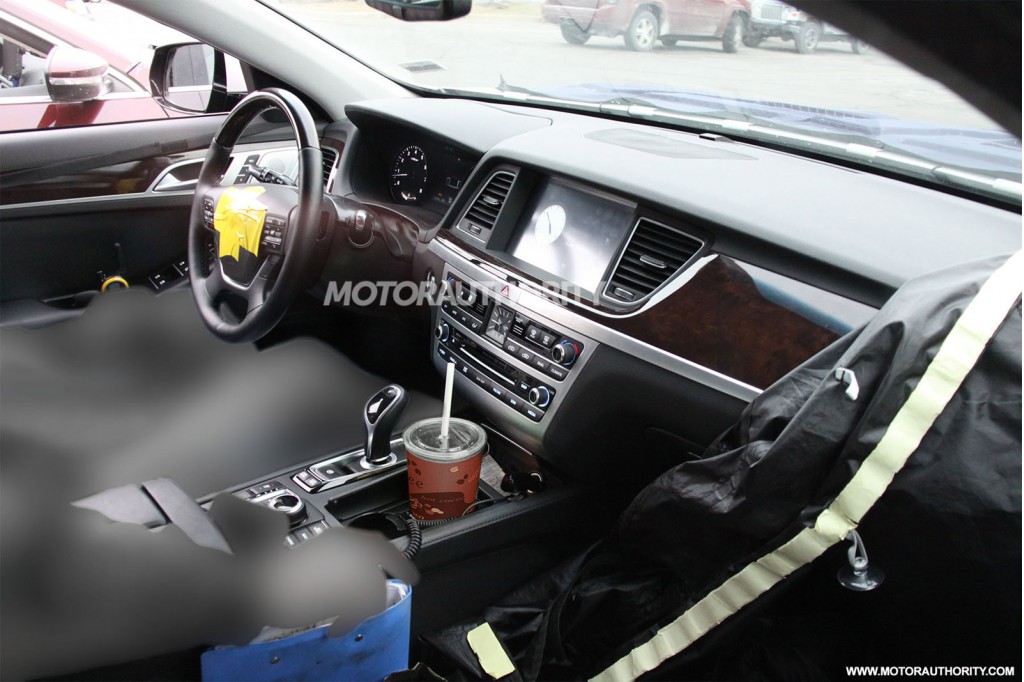 Pricing is yet to be announced but expect the base 2015 Genesis' sticker to remain close to the outgoing model’s $35,095 starting price. Key rivals include the Lexus GS, Infiniti Q50 and upcoming 2015 Acura TLX.

Further down the track, a new generation of the Genesis Coupe will be launched. This model has already been previewed by the stunning HND-9 coupe concept revealed earlier this year.