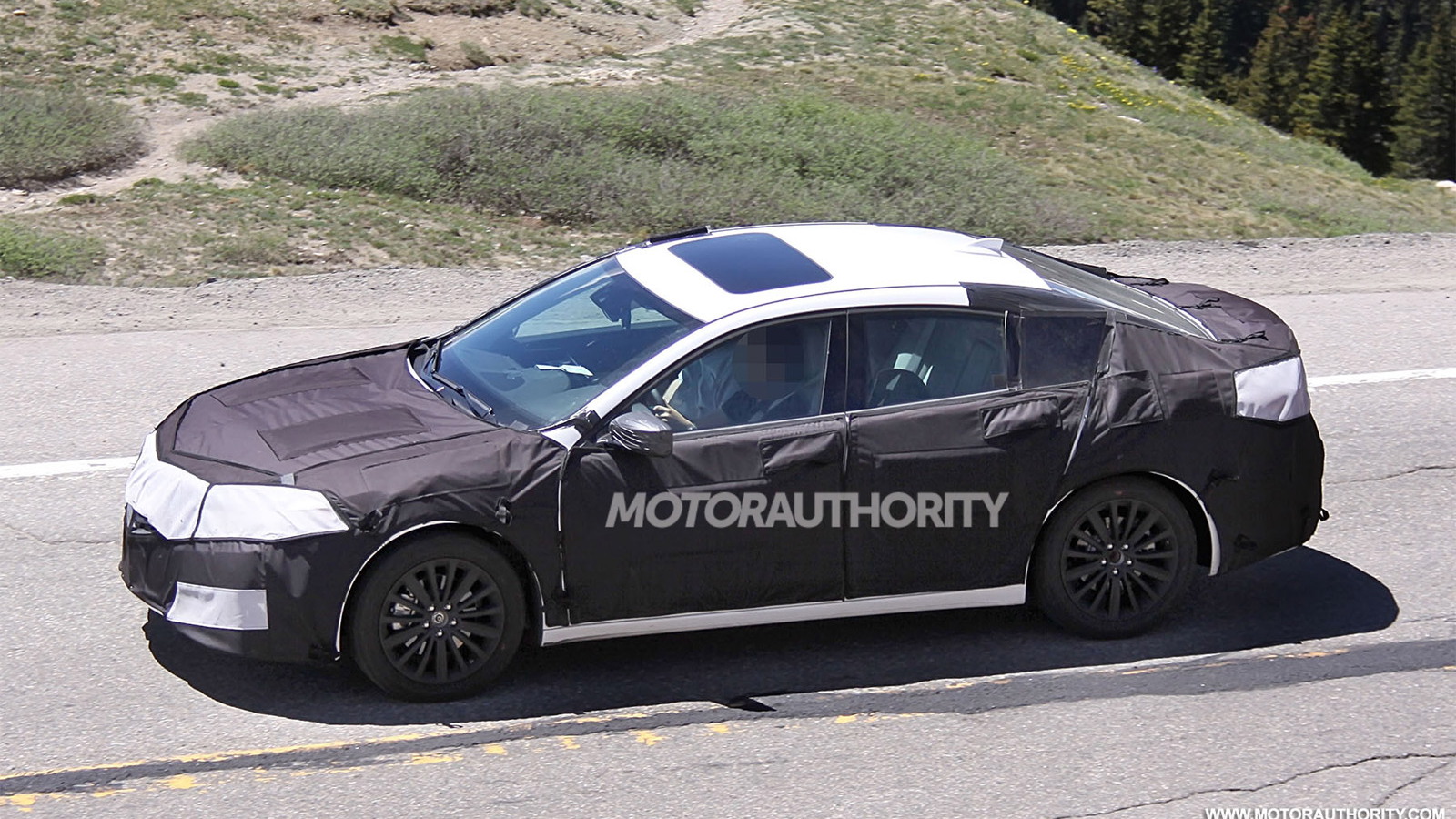 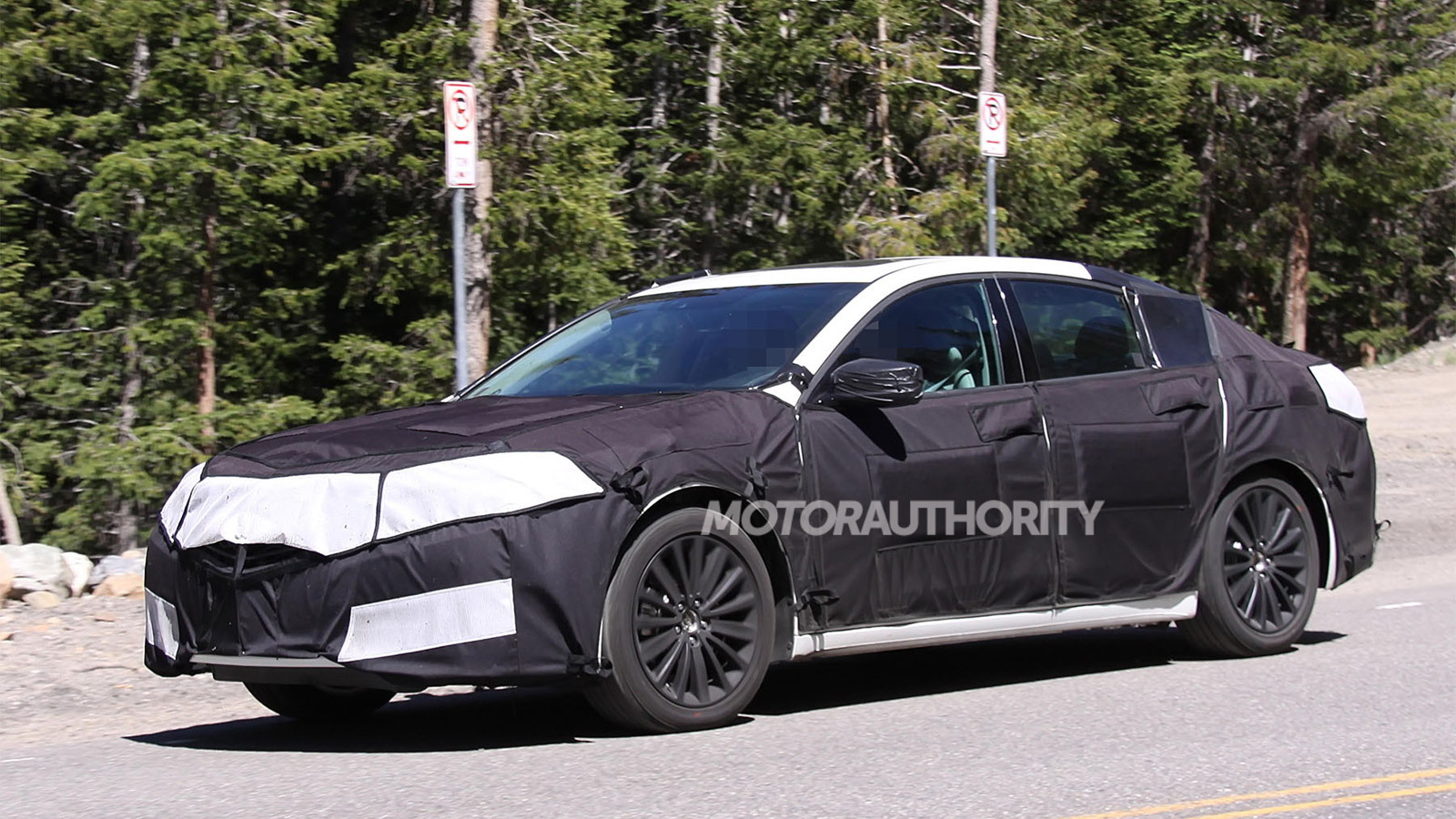 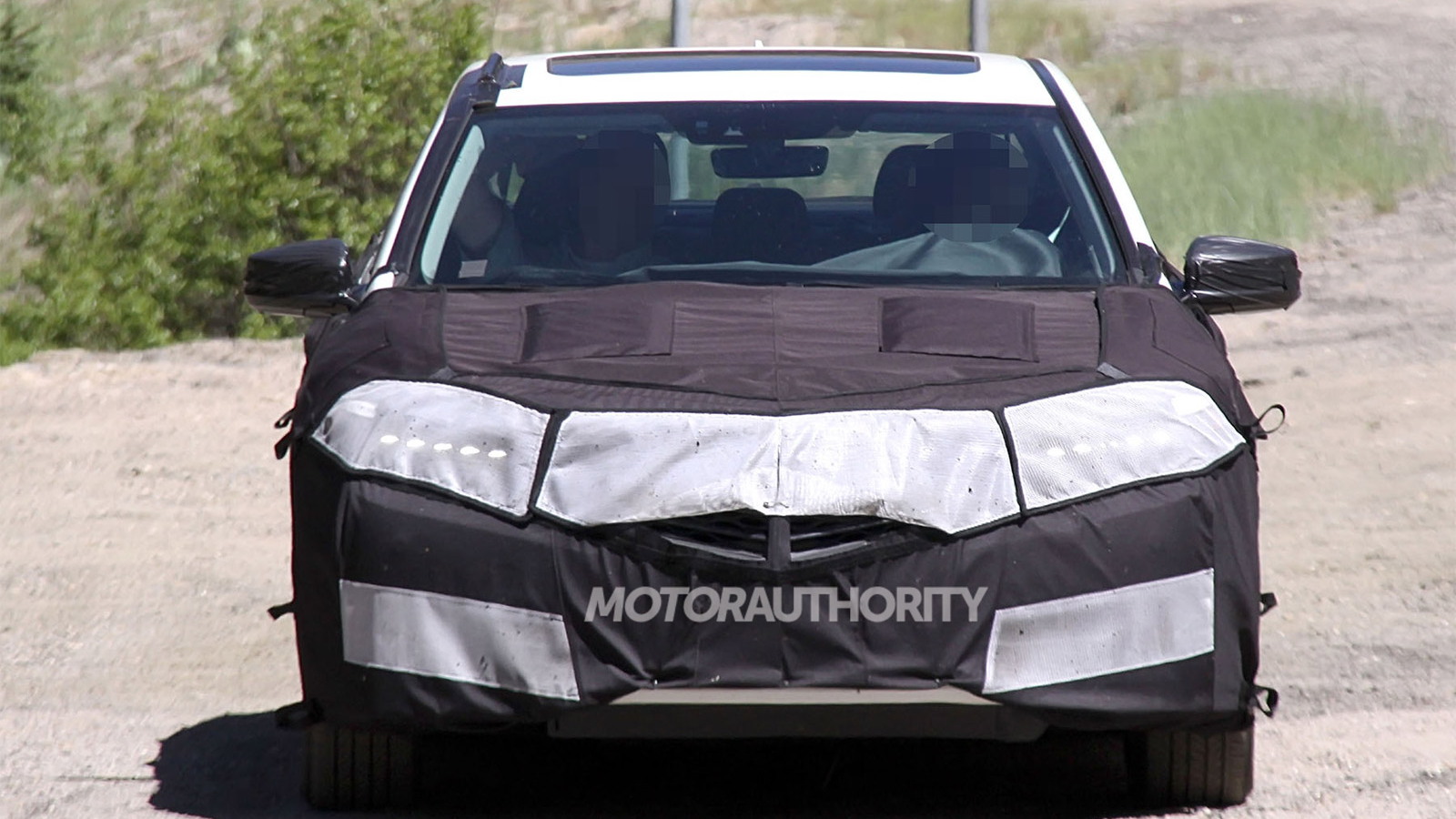 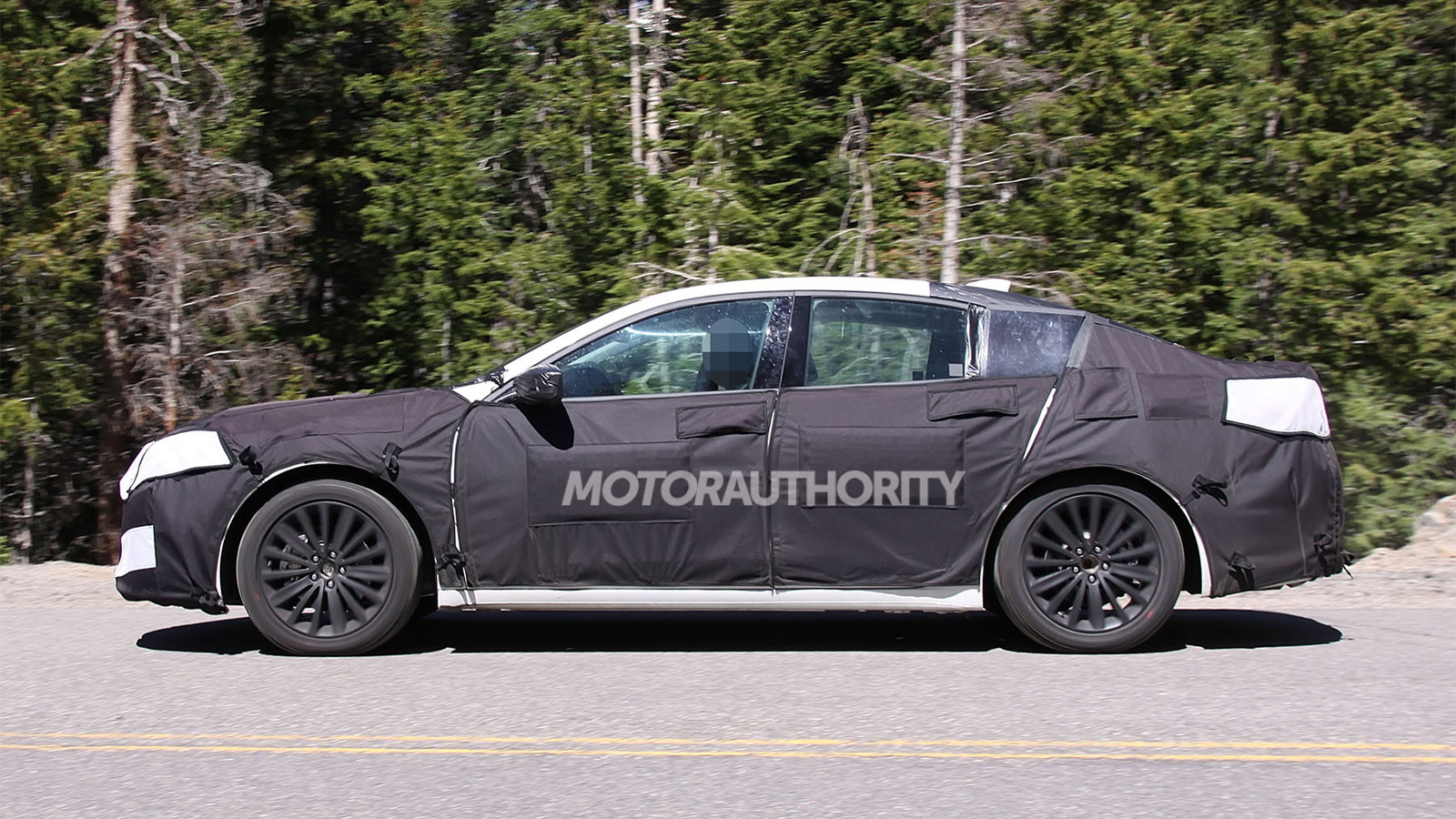 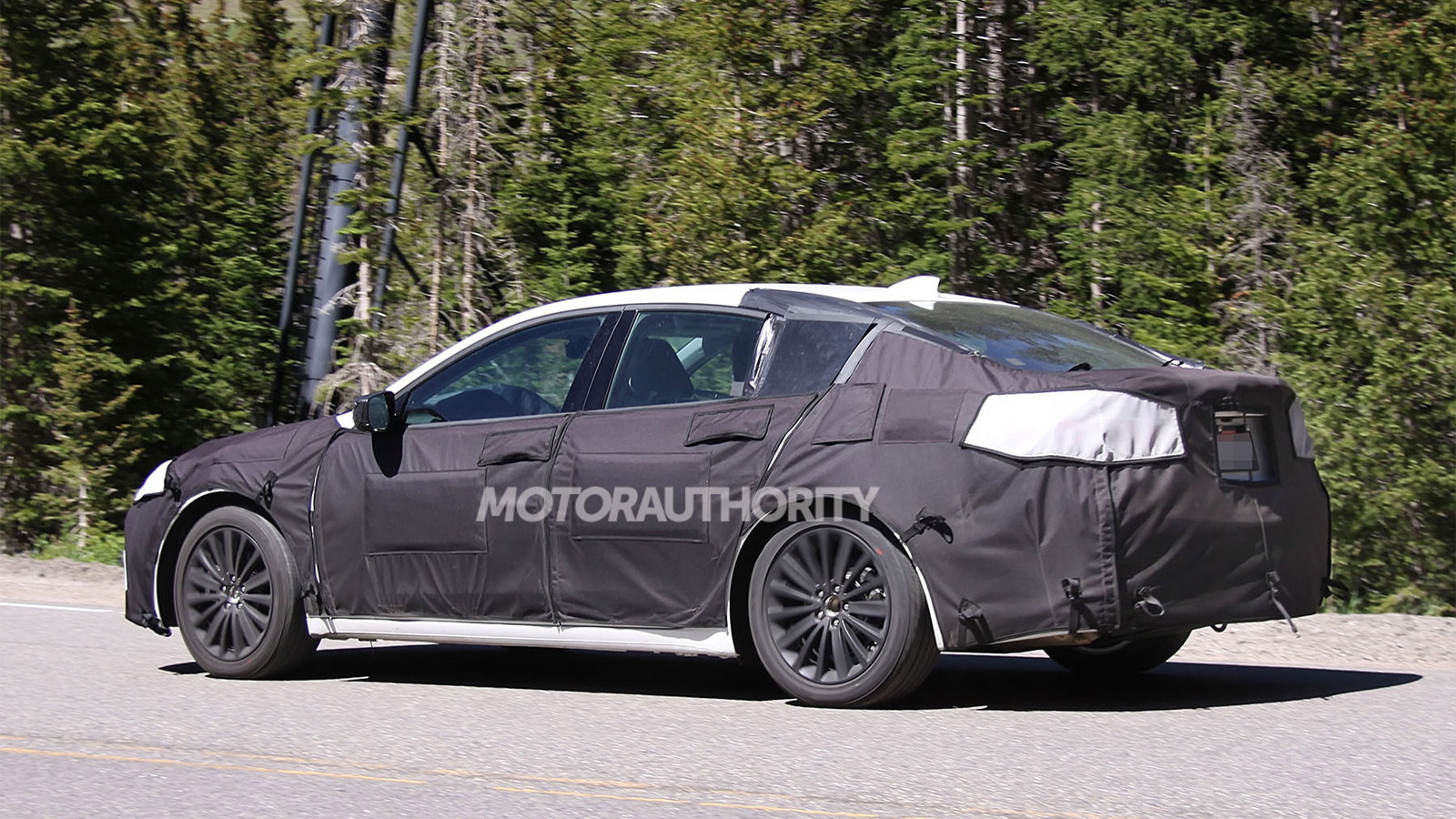 7
photos
Acura will launch a mid-size sedan next year that will serve as the replacement for both the TL and TSX lines, and we have the first spy shots of a prototype for it.

The new sedan is expected to be labeled the TLX and fill the gap between the ILX and new RLX flagship, with Acura’s reformed lineup mimicking that of most rival makes in the luxury segment.

Underpinning the car will be a premium version of the platform underpinning the Honda Accord. Lighter materials may help engineers save weight on the Acura version.

In the powertrain department, the TLX is likely to launch initially with a version of the 3.5-liter V-6 fitted to the latest MDX and RLX models. This means an output ranging between 290 and 310 horsepower and drive going to either the front or all four wheels via a six-speed automatic with paddle shifters.

Further down the track, Acura will launch a hybrid version of the TLX. It’s possible this hybrid TLX will adopt the advanced Acura Sport Hybrid Super Handling All-Wheel Drive system confirmed for the RLX and next-generation NSX supercar.

However, to save on costs Acura may simply install the conventional hybrid system fitted to the Accord Hybrid. This uses two electric motors, one housed essentially inside the other, sitting between the engine and transmission. One motor acts as a generator to recharge the battery during regenerative braking while the other sends drive to the wheels.

The TLX should arrive in showrooms next summer, most likely as a 2015 model. Look for a debut at one of the major North American auto shows taking place in the first half of next year.

We’re not expecting pricing to deviate much from the mid-$30k point that the TL lists at. At this point, the car’s closest competitors will likely be the Infiniti Q50 and Lexus ES.

Sadly, with the TSX being discontinued, it’s likely the Honda-badged version sold overseas, the Accord Euro, will suffer a similar fate. Sales of the current Accord Euro have failed to ignite overseas, especially with the regular Accord offering much better value, so the car’s demise doesn’t come as much of a surprise.