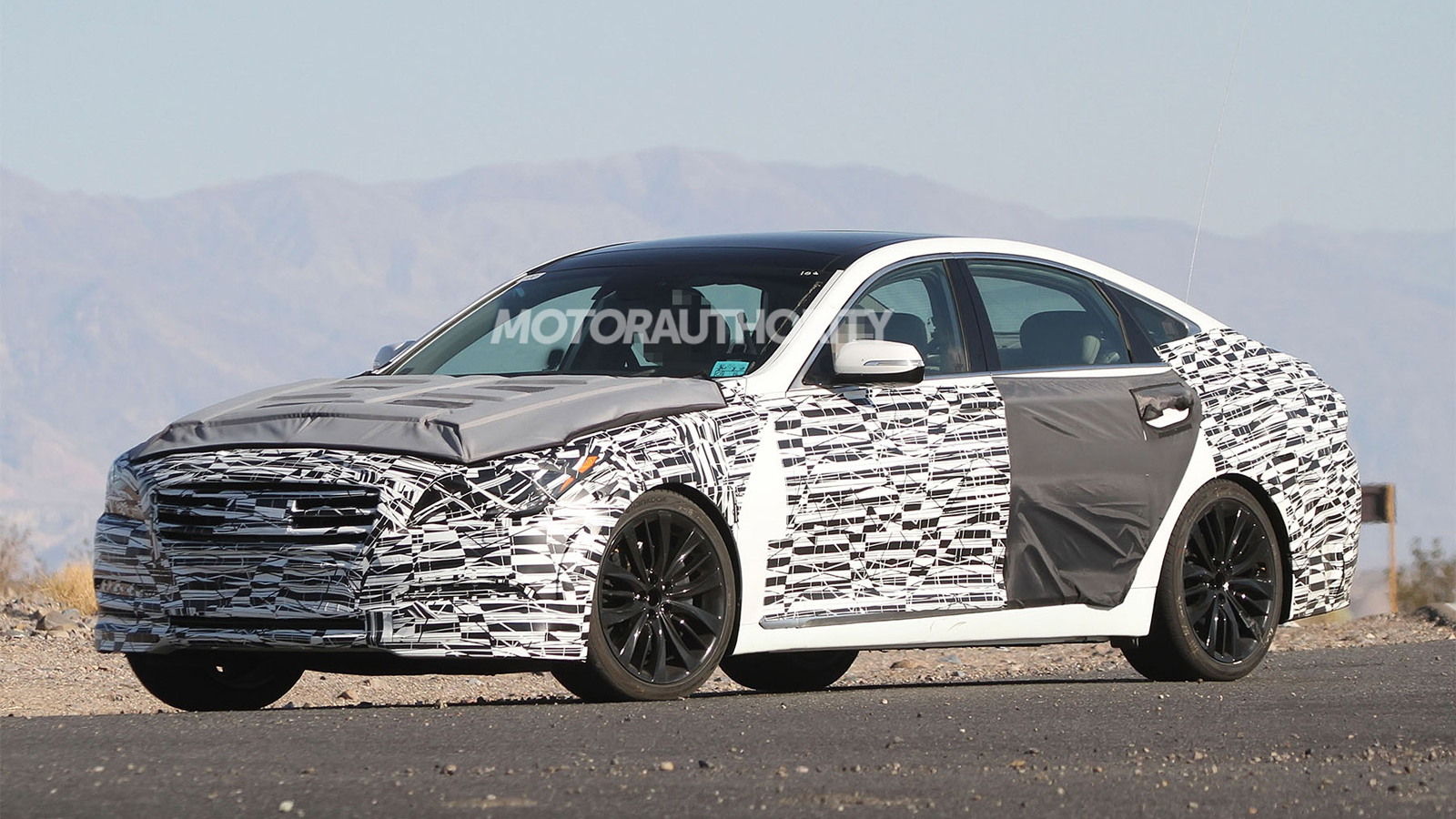 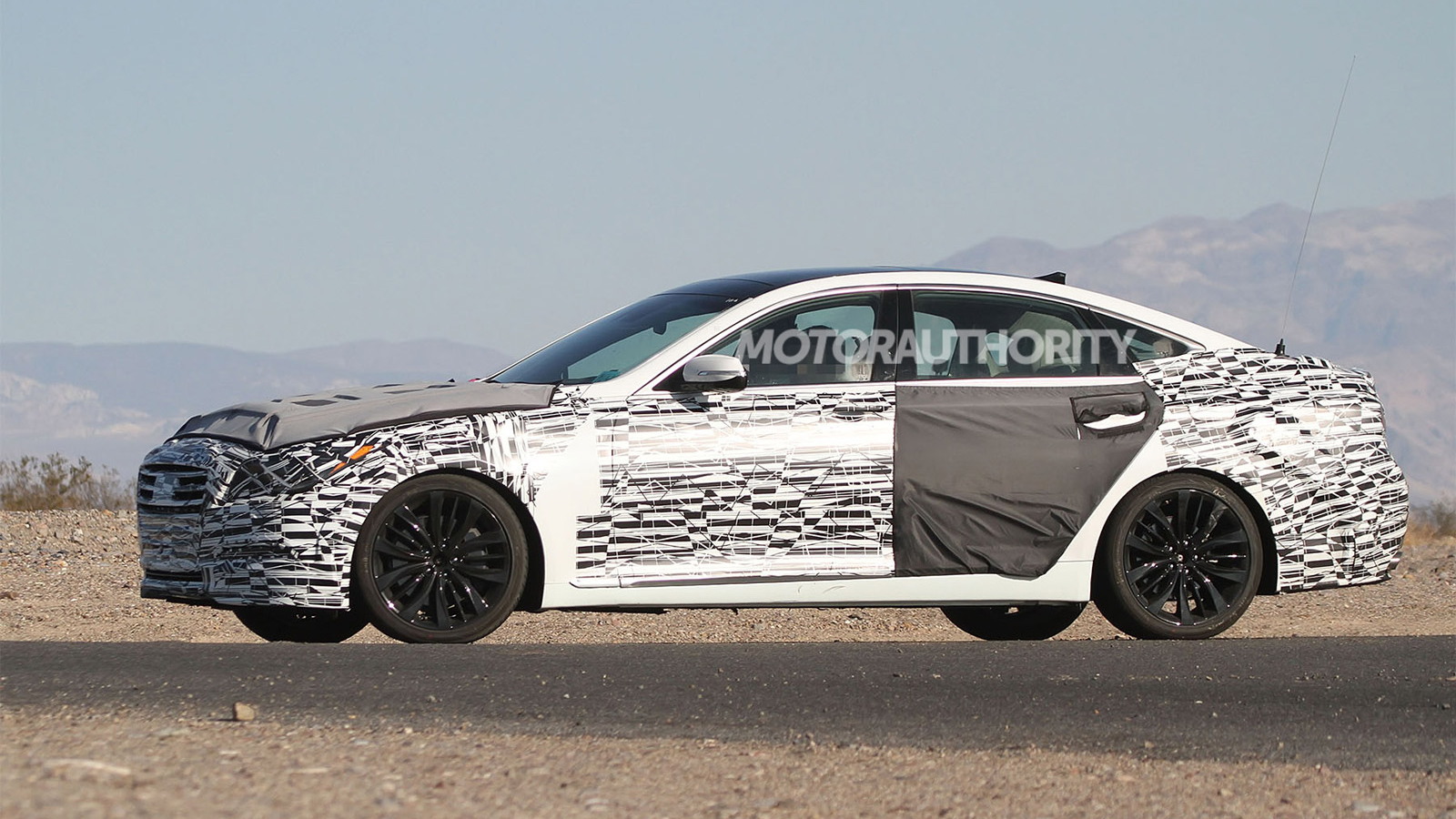 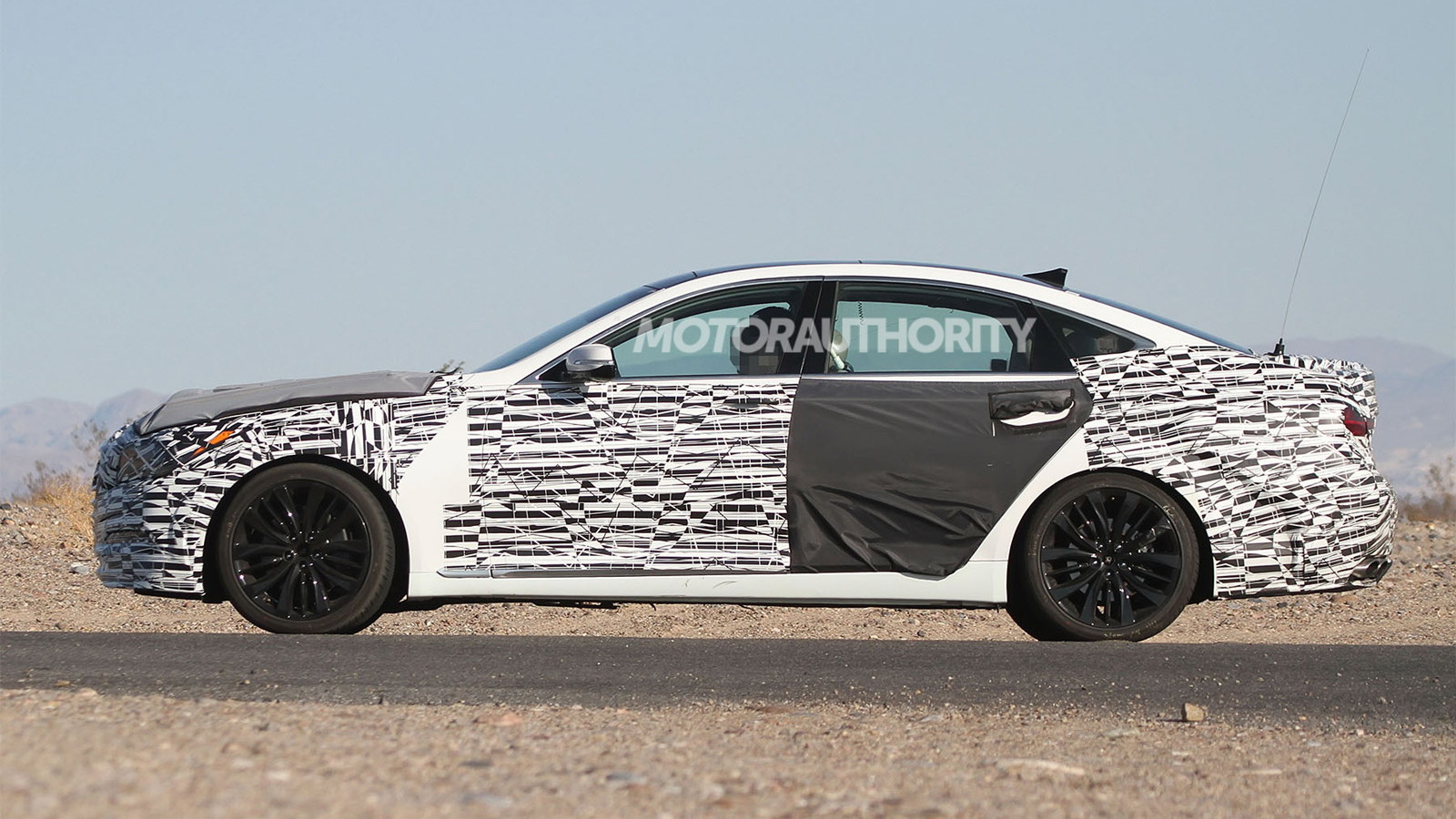 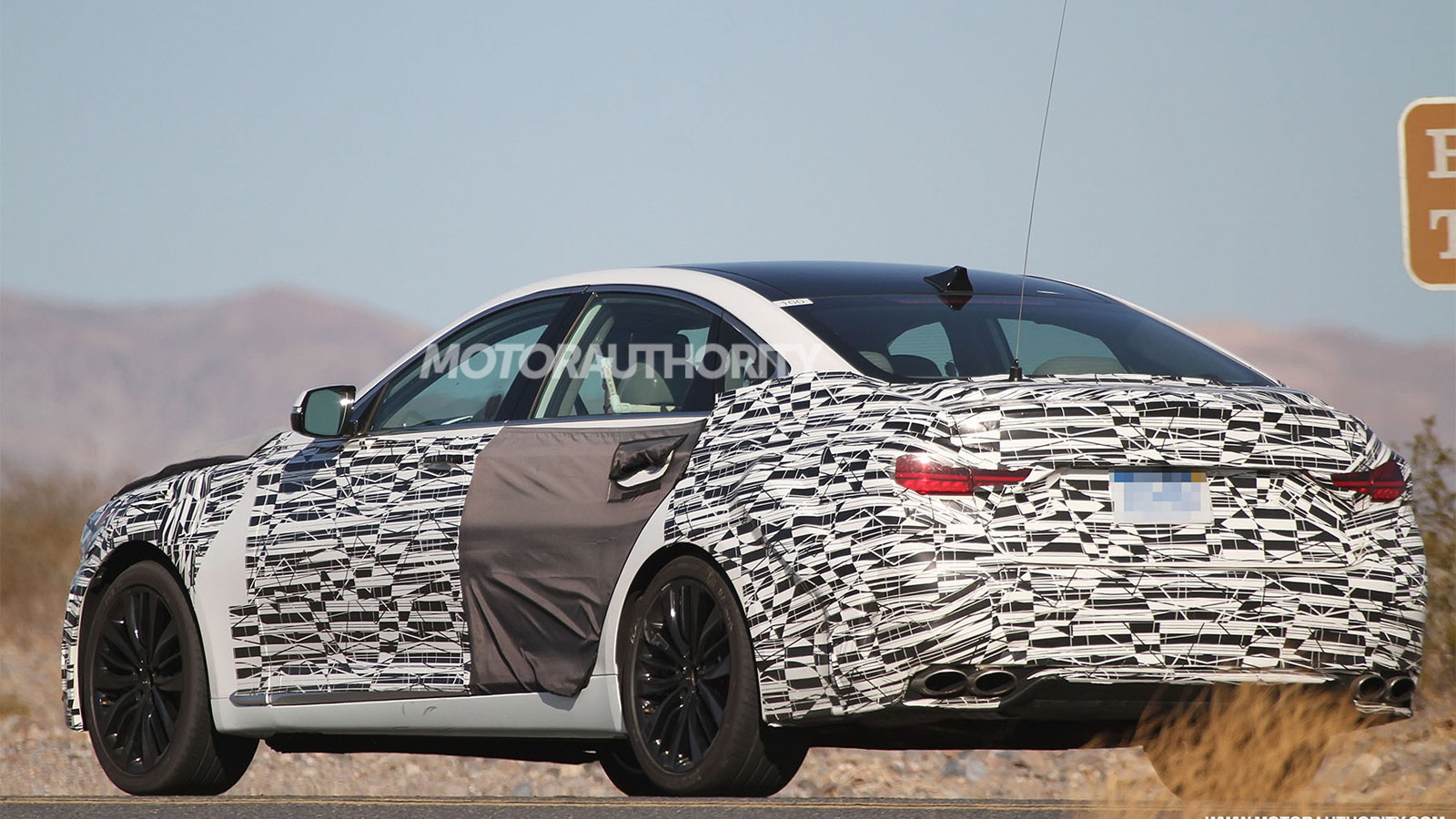 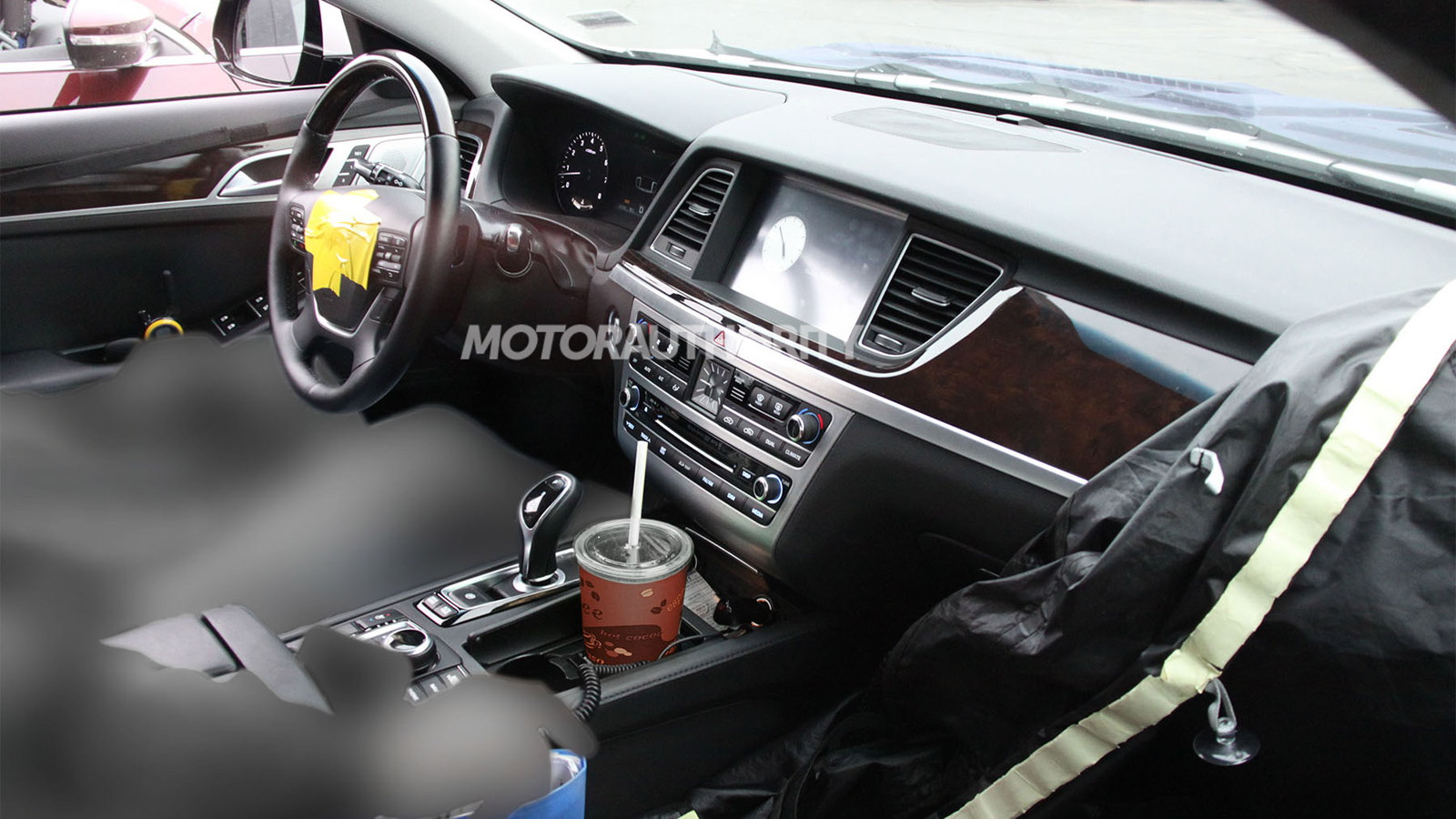 6
photos
Hyundai next year will launch a successor to its award-winning Genesis sedan, which is shaping up to be much more capable and dynamic than the model it replaces. Not only is the car being tested extensively at some of the toughest race tracks around the world, such as Germany’s Nürburgring and Korea’s Yeongam F1 circuit, but it will also be offered with an available all-wheel-drive system for the first time.

Today, Hyundai released the first details on the all-wheel-drive system, which it is calling HTRAC. As you may have guessed, the “H” in HTRAC represents the Hyundai brand while “TRAC” is a shortened form of the word “traction”.

Hyundai says the system electronically controls torque split between the front and rear wheels depending on road and driving conditions. Unlike a mechanical setup, with set torque split, HTRAC will allow drivers to select driving modes that can tailor the level of torque sent to either axles.

The new Genesis will be the first Hyundai to adopt the system, with more vehicles to follow. Those vehicles equipped with the HTRAC system will feature a small badge located on the trunk lid.

With Hyundai having updated the current Genesis’ powertrain lineup only last year, expect similar numbers for the new 2015 model. This means the base Genesis should come with a 3.8-liter V-6 rated at 333 horsepower, and the range-topper, possibly keeping its R-Spec label, should continue with a 5.0-liter V-8 rated at 429 horsepower. An eight-speed automatic should continue as standard and it's possible a new diesel option will be offered overseas.

The new Genesis will be revealed in Korea later this year before an official world debut at the 2014 Detroit Auto Show in January. The car will hit showrooms shortly after, as a 2015 model.