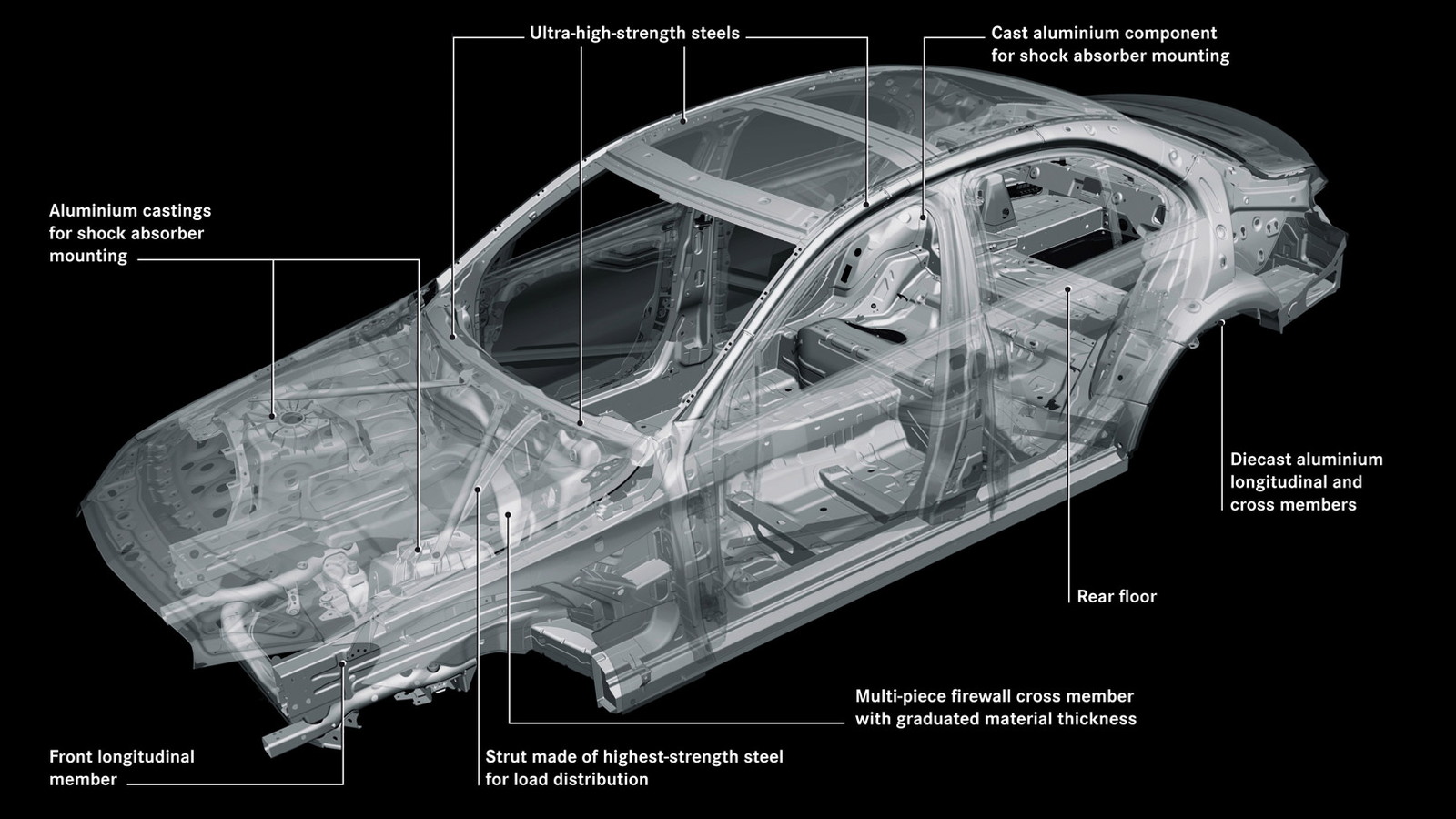 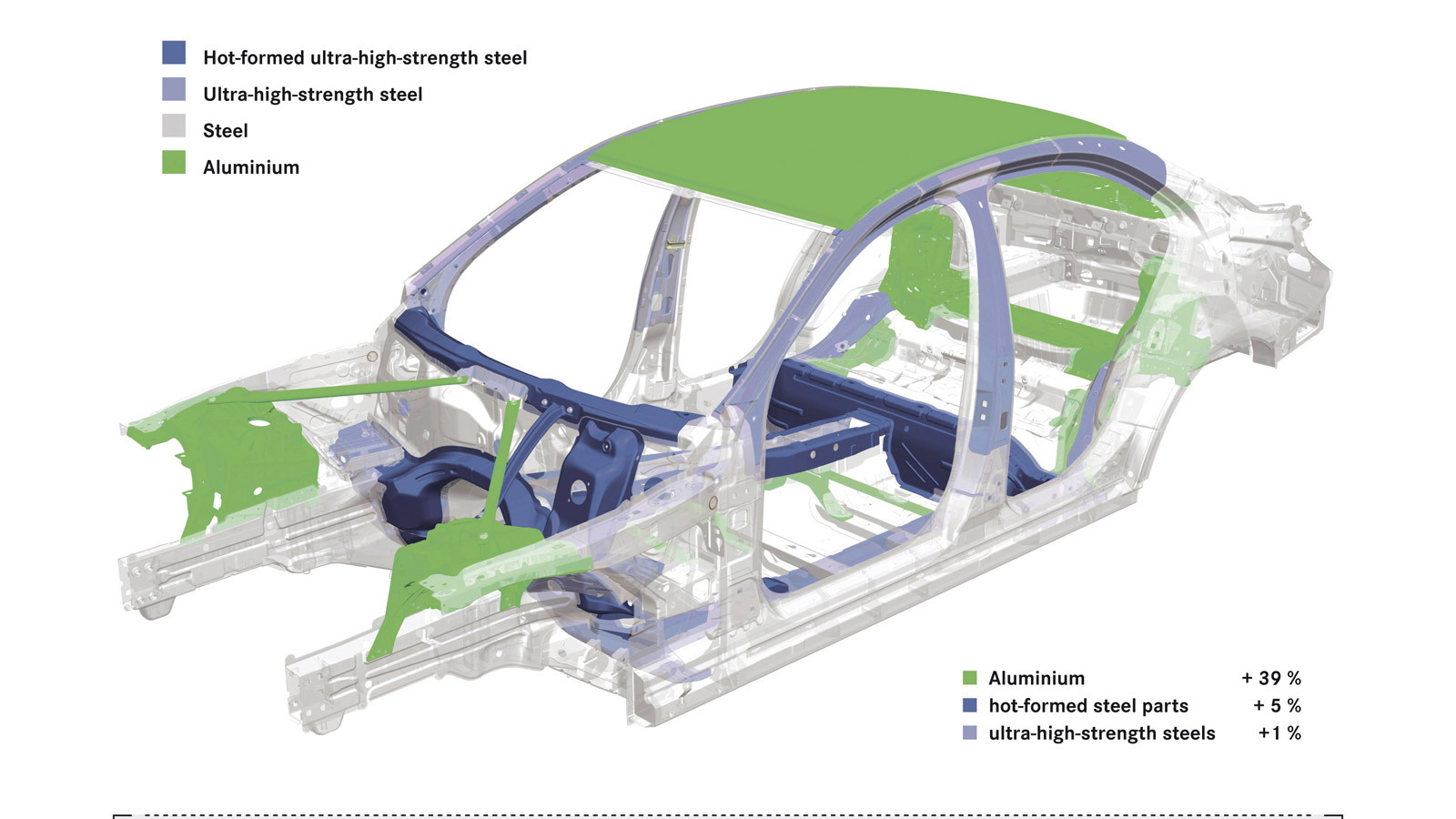 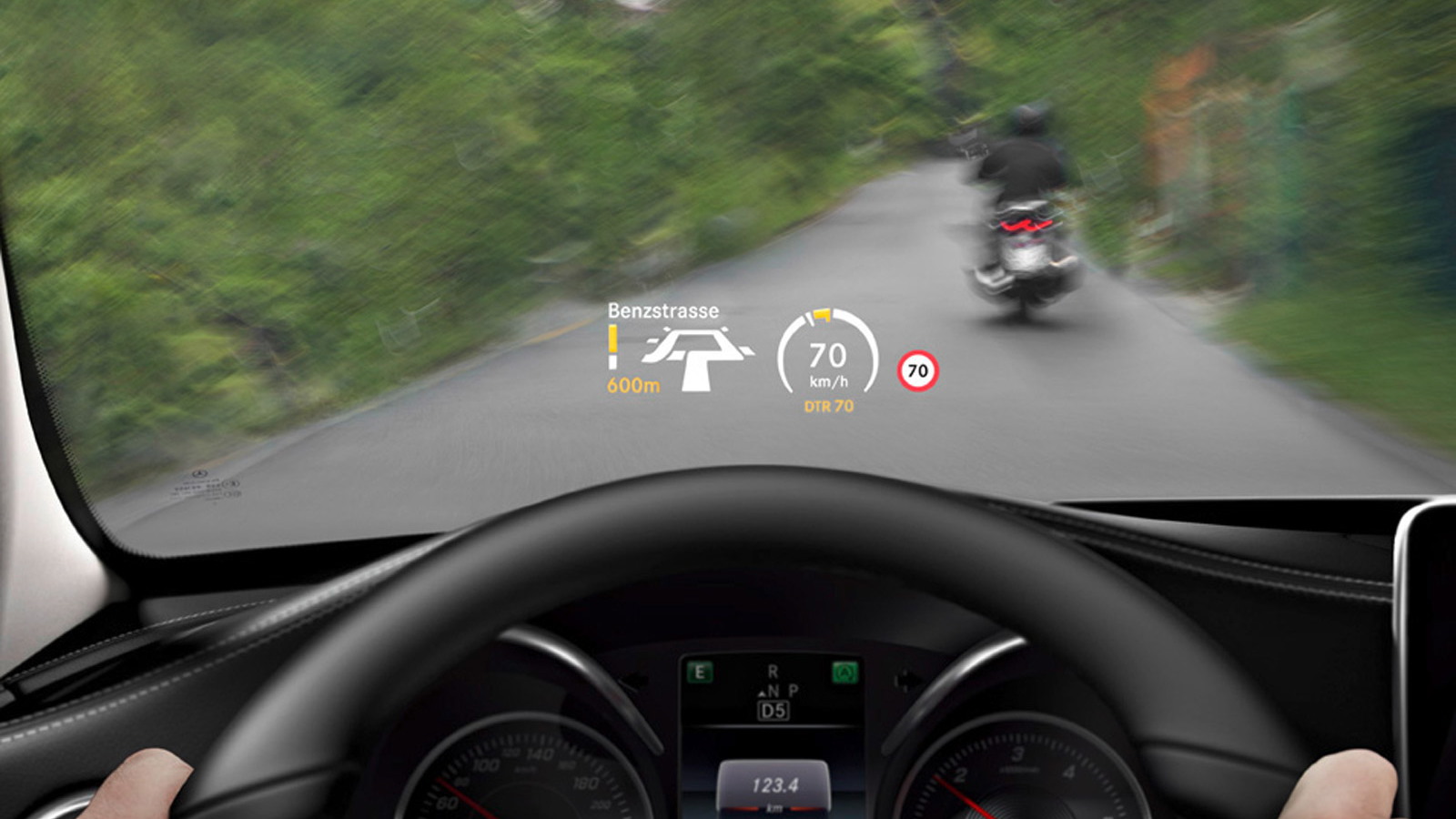 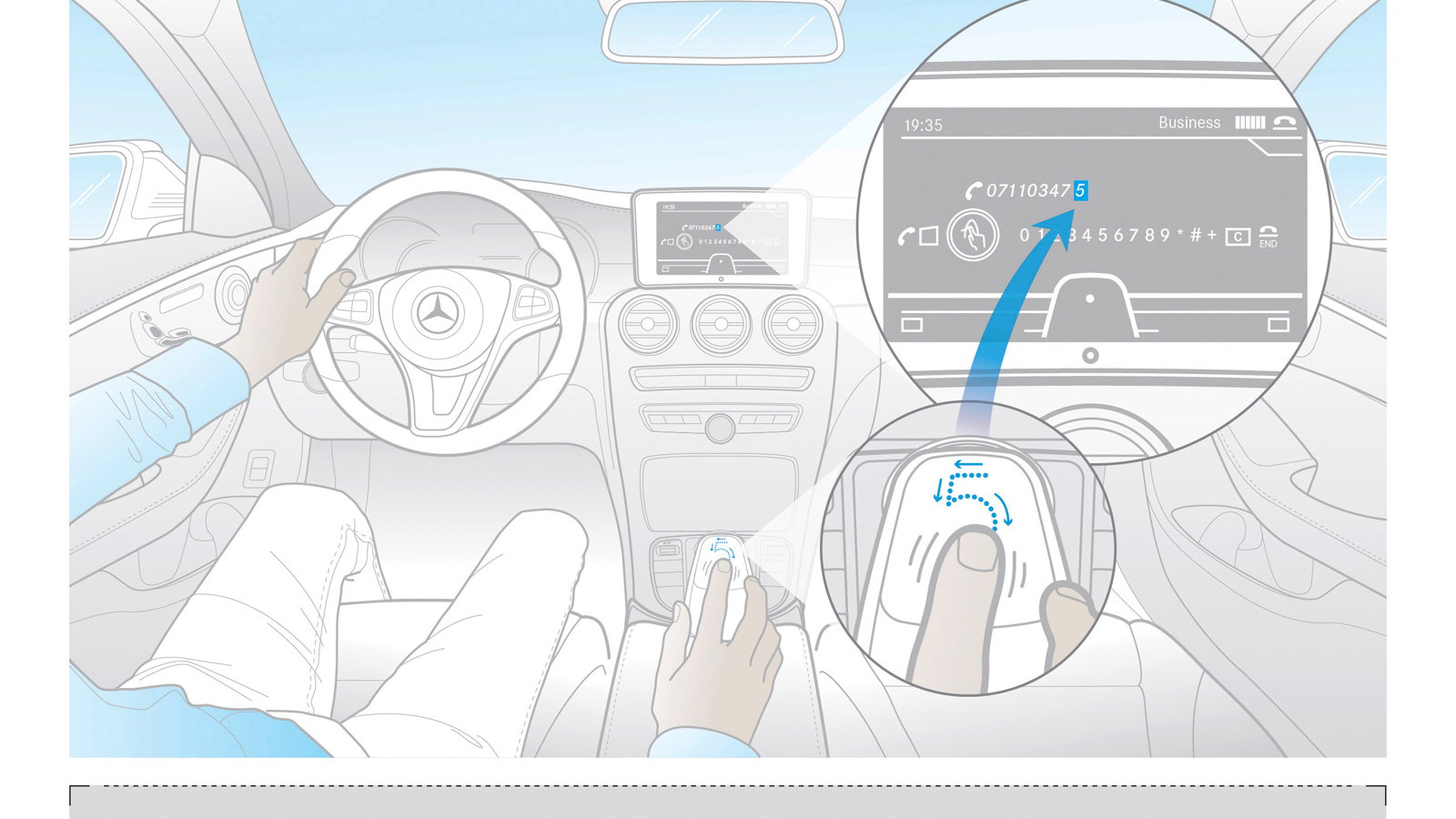 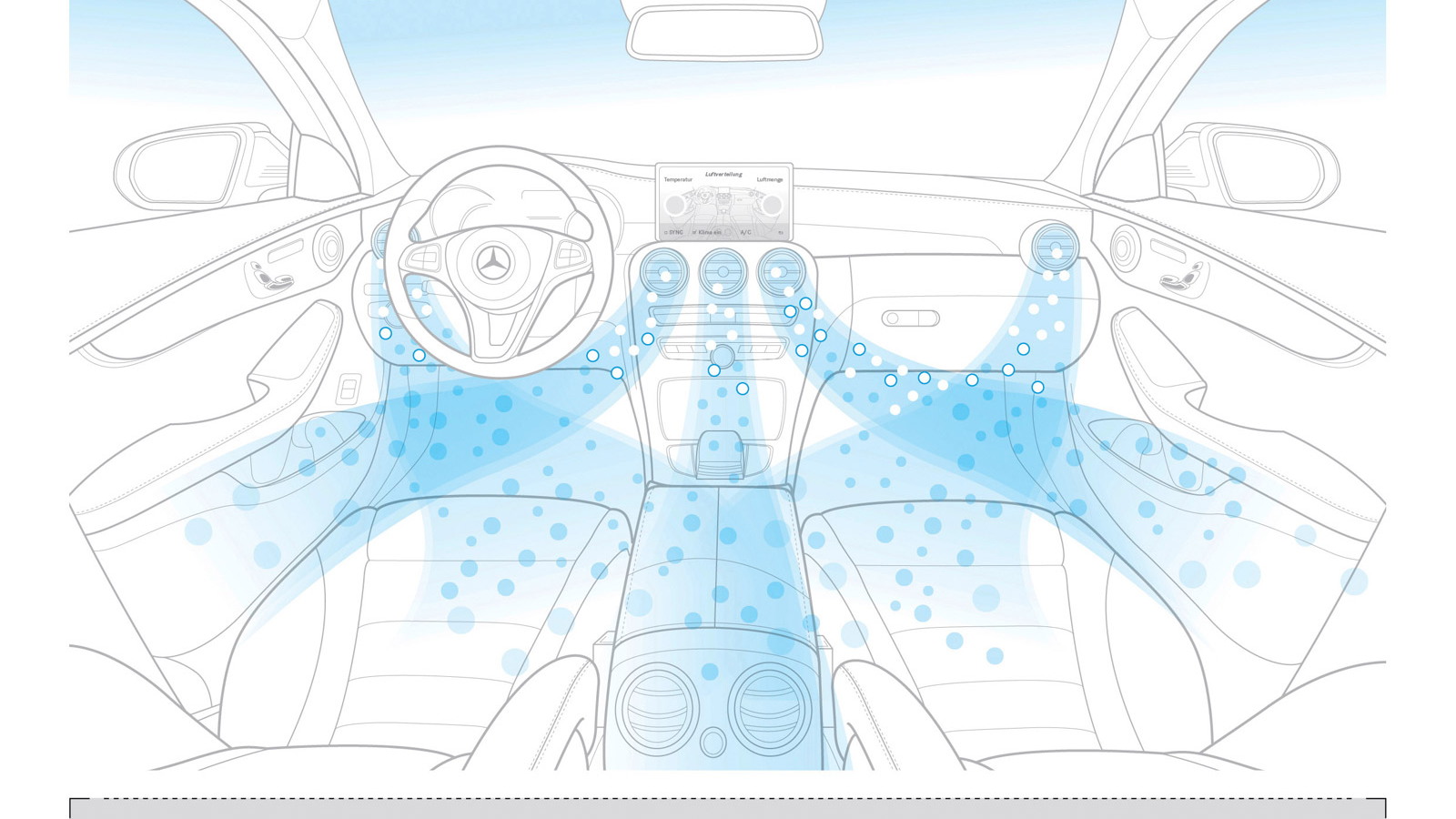 14
photos
Recently we were given our first official look at the next-generation C-Class, which hits showrooms next year following a debut at the Detroit Auto Show in January. Now, Mercedes-Benz is detailing some of the new technologies that will feature on the car.

The new C-Class, which launches as a 2015 model, will offer a new level of luxury, quality and technology never previously seen in the C-Class, with some attributes never previously seen in the segment. This is made possible by Mercedes’ flexible MRA platform underpinning the car, which will eventually feature in the larger E-Class and S-Class models.

The platform features a mix of aluminum, high-strength steels and even some composites. This saves around 150 pounds compared to conventional steel construction. Together with other weight-saving measures, engineers have managed to cut as much as 220 pounds off the weight of the outgoing C-Class for its successor.

At the same time, the new C-Class is said to be safer and more rigid. A high-strength safety passenger compartment and specifically developed deformation zones with optimized force dissipation paths in the front end and rear, as well as an exterior skin that is made virtually entirely of aluminum, allow these requirements to be met.

Fitted around the outside of the car is a myriad of sensors helping to prevent a crash. Many of these are borrowed from the E-Class and S-Class models, where they enable autonomous capability in some situations. Mercedes hasn’t mentioned what capability the sensors on its new C-Class will have, but expect active braking systems that can determine if you’re about to crash into an object, including moving objects such as cross-traffic or pedestrians that may happen to jump out on the road.

As the images confirm, the interior of the new C-Class already appears to be a cut above the competition in terms of quality and refinement. Here, owners will find a new touchpad input device, high-grade materials, plenty of connectivity options, and even a head-up display. The latter provides information on current speed, speed limits, navigation instructions and messages from the DISTRONIC PLUS cruise control system.

Finally, Mercedes boasts that its new C-Class also features a GPS-sensitive air conditioner. The system uses navigation data to detect when the car is about to enter a tunnel, whereby it will switch to air recirculation mode. There is also an AIR-BALANCE package that automatically perfumes the cabin.

For more details on the 2015 Mercedes-Benz C-Class, including spy shots, click here.