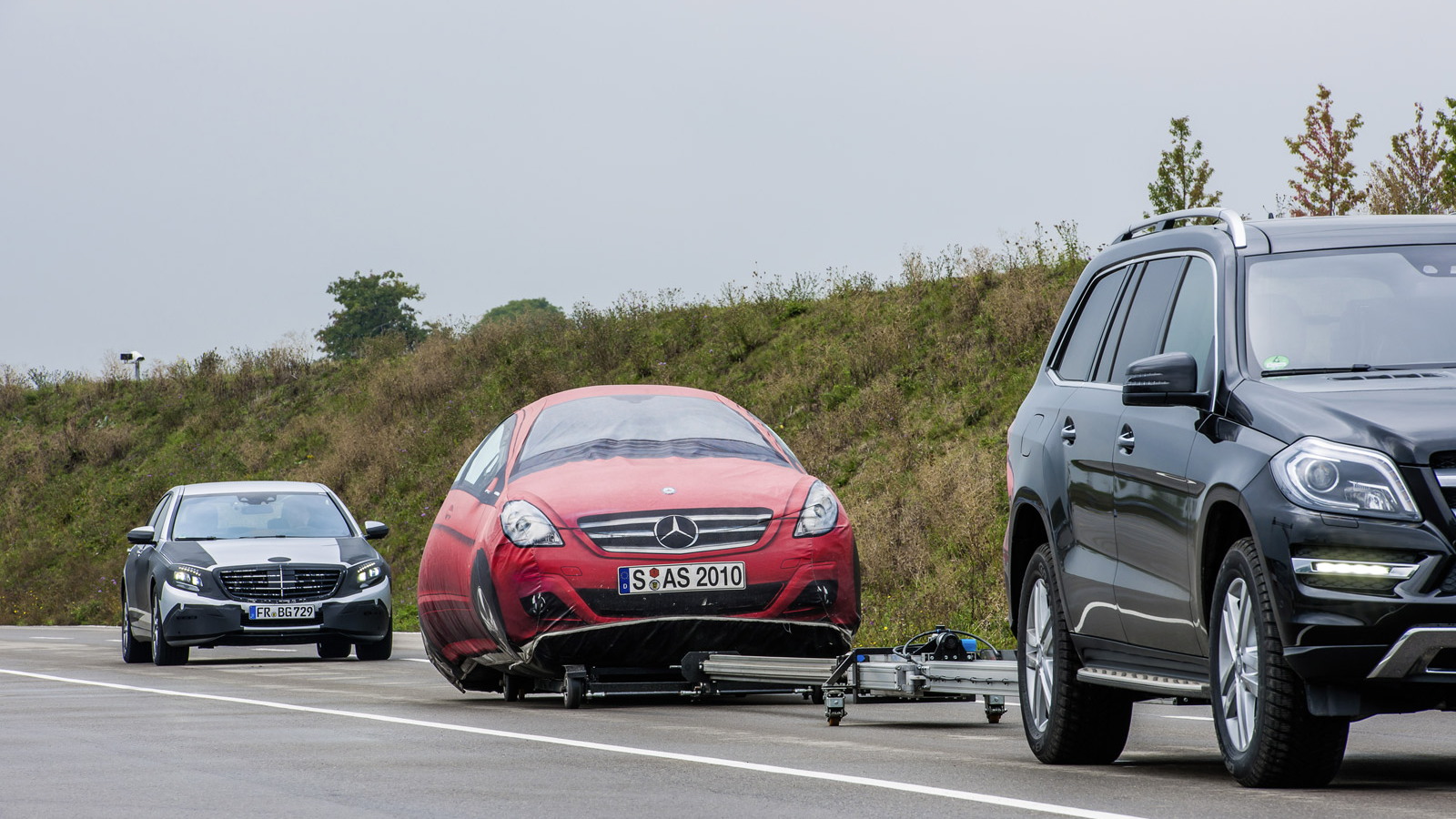 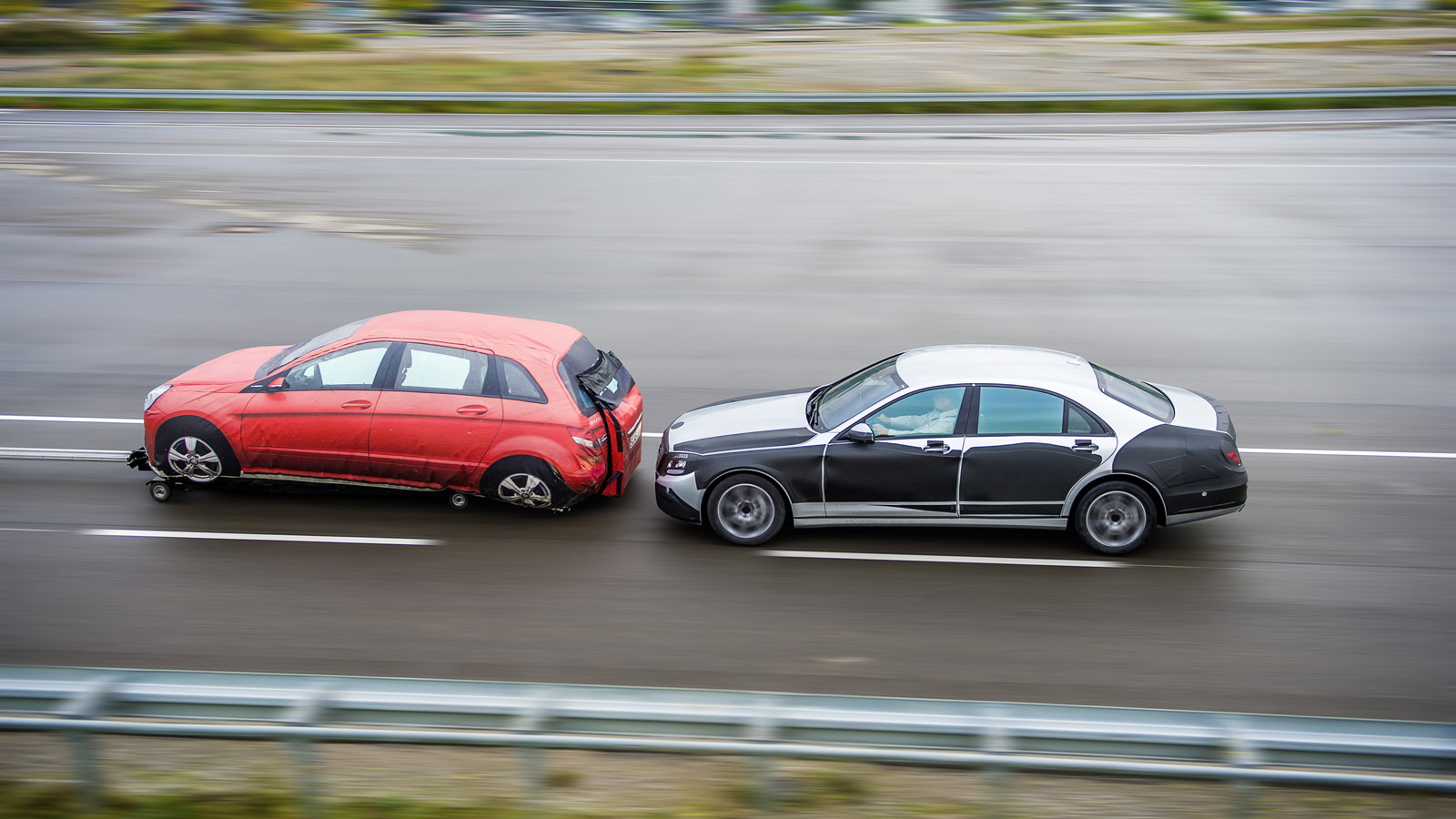 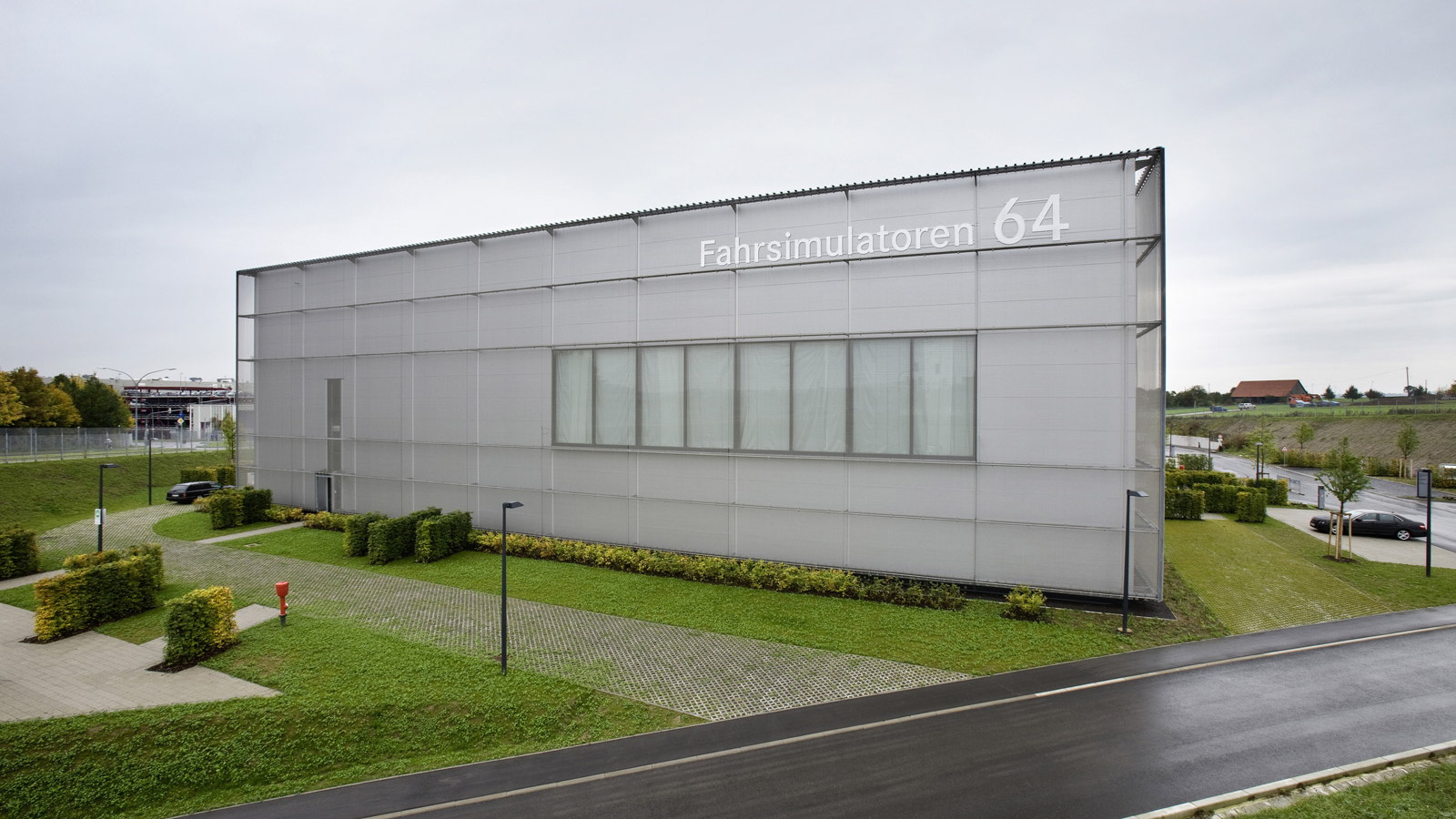 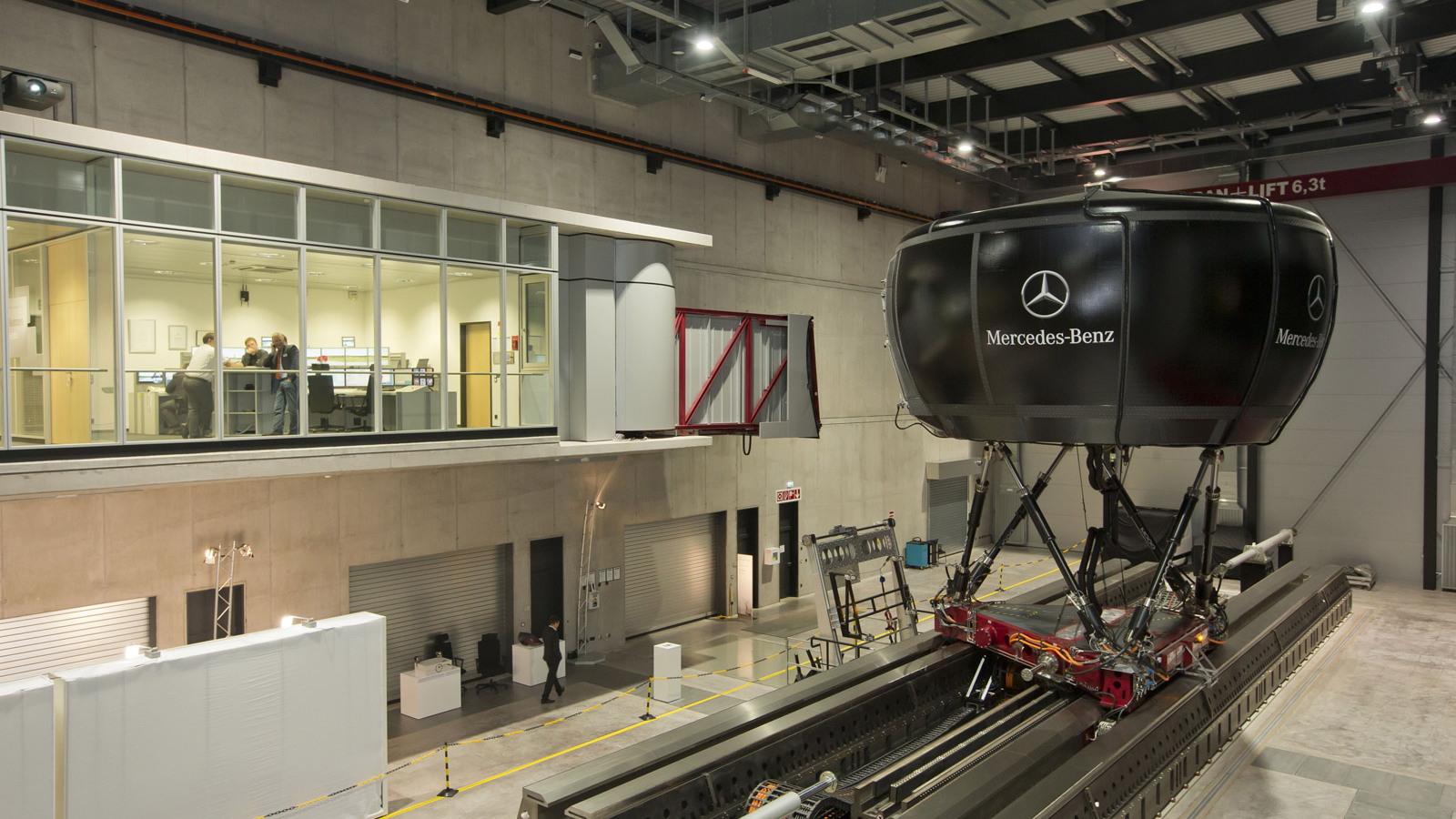 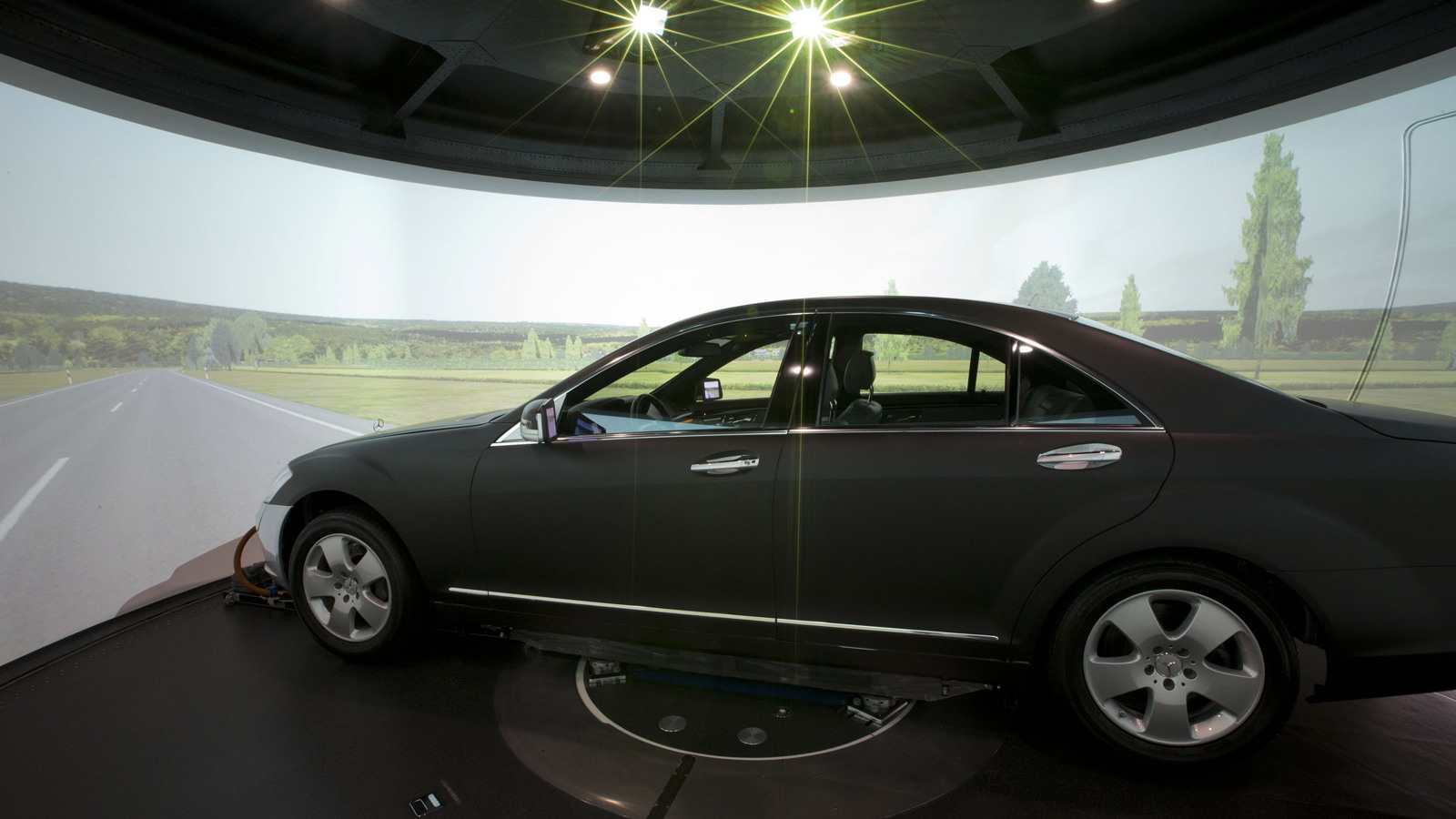 24
photos
Like it or not, autonomous cars are coming. But with any new technology, especially one that’s particularly groundbreaking, the introduction of self-driving technology in cars is being done gradually, with each introduction merely a stepping stone to the next facet of the technology.

First there was cruise control, which could automatically increase vehicle speed on a highway. Then we saw the introduction of active braking, which could detect if a crash was imminent using radar sensors and apply the brakes if necessary.

This was followed by lane keep assist systems that could straighten a vehicle drifting into another lane by braking the front wheel opposite to the direction the vehicle was drifting to. And finally, we saw self parking systems that could size up a free spot and automatically steer a vehicle into it, with the driver only required to control the gas and brake pedals.

Now we’re about to see the introduction of an autonomous steering system that takes care of not only the steering, but also the gas pedal and the brakes. It will debut on the 2014 Mercedes-Benz S Class due out next year, making the new flagship sedan the first car on the market capable of fully driving itself (in certain situations).

The perennial leader when it comes to debuting new technology in cars, the S Class will receive the new function “Steering Assist” as part of Mercedes’ existing Distronic Plus cruise control system. Relying on 26 separate sensors, including radar and stereo cameras, which can monitor traffic up to 656 feet in front, Steering Assist helps direct a vehicle by generating the appropriate steering torque when required.

The array of sensors recognizes lane markings as well as other vehicles, and relays this information to a central computer which then adjusts the steering, gas pedal and brakes accordingly. When driving at slow speeds, e.g. in congested traffic, Steering Assist can use the vehicle ahead as a means of orientation, even when there are no clear lane markings visible. On the highway, the system is still active at speeds of up to 124 mph.

Of course, just like a plane’s auto-pilot, the driver still has to pay attention and is expected to take control when required. The driver needs to be holding the steering wheel at all times, otherwise he or she will initially receive a visual warning, then an audible warning before the Steering Assist feature is deactivated and manual control is required.

Testing the system on a simulator at Mercedes’ R&D center in Sindelfingen, Germany, just a short drive from the automaker’s Stuttgart headquarters, we found that even with our hands on the steering wheel the whole time, driving using Steering Assist is much more relaxing than usual. On a simulated drive through the countryside, looking out at the surrounding scenery instead of focusing on the road all the time felt natural.

In stop and go traffic, Steering Assist really shines, as you no longer have to worry about constantly accelerating and then applying the brakes. Thanks to sensors that provide a 360 degree field of view, the system is also fully capable of handling a situation where another vehicle may suddenly cut into your own lane. Note, if you have to make a turn in your route, then Steering Assist will require manual control, which is another reason why you need to remain alert at all times.

Of course, you are also free to take control of the system at any time, and deactivating it is as simple as tapping the brakes, just like with the existing cruise control system featured on Mercedes-Benz products. Additionally, since Steering Assist works together with the Distronic Plus cruise control system, it’s only activated when the driver chooses so.

Mercedes says Steering Assist is yet another stepping stone towards the gradual introduction of fully autonomous systems in cars, and even boasts that most of the technology required is present in the new 2014 S Class. The aim, says Mercedes, is accident free driving, which could become a reality within the next decade. What may not be ready just yet is the legislation required for cars that are fully controlled by computers, though as we’ve seen that is starting to change.

Hit the next page to see what other new technologies will feature in the 2014 Mercedes-Benz S Class.

Steering Assist isn’t the only new feature to debut on the 2014 S Class. Mercedes engineers have also developed several other advanced technologies, though some of these won’t be offered on U.S. models, unfortunately (we’ll get to that a bit later).

Brake Assist with Cross-Traffic Assist: Mercedes’ Brake Assist system can already detect if a crash is eminent with an object in front, and if necessary boost the braking power applied by the driver accordingly. Now, for the first time, it is able to detect cross traffic and also pedestrians.

Once again, using the simulator, we found that the system can detect impending danger long before a human can react. Probably the best example of a situation the system can help avoid is driving into a junction where another car has run through a red light or when a pedestrian suddenly jumps onto the road.

Pre-Safe Brake: This feature can now detect pedestrians and initiate autonomous braking, stopping the vehicle completely from speeds up to 31 mph.

Pre-Safe Plus: This can recognize an imminent rear-end collision, prompting the Pre-Safe system to trigger occupant protection measures. It can also firmly apply the stationary vehicle's brakes in the event of a rear-end collision to prevent secondary accidents.

Pre-Safe Impulse: With this, the driver and front passenger are pulled away from the direction of impact by their seat belts at an early phase of the crash before the resulting occupant deceleration starts to increase. This can substantially reduce the risk and severity of injuries in a frontal collision.

Active Lane Keeping Assist: This existing feature can now detect oncoming traffic and when it detects a vehicle is crossing a center line, applies the brakes via the stability control system to bring the car back in the intended direction. It can detect lane markings that use solid and broken lines.

Attention Assist: This can warn of inattentiveness and drowsiness in an extended speed range and notify the driver of their current state of fatigue and the driving time since the last break, as well as offering an adjustable sensitivity setting.

Headlights from the 2014 Mercedes-Benz S Class

Mercedes engineers have also focused on improving headlight design for the new S Class, adding features such as Adaptive Highbeam Assist Plus, which can maintain the high-beam without distracting oncoming drivers or the driver of the car in front.

There are also some new Night View Assist Plus features that will be announced closer to the new S Class’ launch mid next year. One will be a feature that can alert the driver to the potential danger posed by pedestrians or animals in unlit areas in front of the vehicle by automatically switching from the speedometer display to a crystal-sharp night view image and highlighting the source of danger. A spotlight function is furthermore able to flash at pedestrians detected ahead.

This is all made possible by the new LED headlights that will feature as standard on the 2014 S Class. In fact, every light on the car will be LED-based.

Unfortunately for the U.S., many of these light features won't be available due to local regulations that don't allow headlights to have both low and high beams active simultaneously. Many automakers, including Mercedes-Benz, are fighting to have these regulations changed, however.

For more on the 2014 Mercedes-Benz S Class, including some details of its interior, be sure to check our previous spy shots post.