So far, the Ferrari Enzo's upcoming hybrid replacement, or F70 as it may be called, has raked the muck from nearly every rumor pond in all of the Great Rumor Swamp, a.k.a. the Internet. Filtering the good from the bad is difficult.

The latest rumor may be the most outrageous yet. According to "company sources" cited by Autocar, the next halo Ferrari will weigh in at just 2,425 pounds, or 1,100 kilograms.

To call that unlikely is to dramatically understate the situation.

Apart from the rumored 900-plus combined horsepower from the hybrid/V-12 drivetrain, a sub-2,500-pound weight in a modern car of any size is almost unthinkable.

True, the F70 uses a carbon monocoque chassis, but so does the Lamborghini Aventador, and despite claimed weights, real-world scales have shown that carbon supercar to weigh more than 4,000 pounds. McLaren's MP4-12C is a very efficient and compact use of modern supercar engineering, also with a carbon monocoque structure, and even it weighs more than 3,100 pounds. The Enzo itself weighs just over 3,000 pounds--and produces "just" 651 horsepower--without the weight of a hybrid system. Porsche's similarly-targeted 918 Spyder just squeaks in under 3,700 pounds.

Getting, therefore, to just 2,425 pounds for the F70 in a suitably hypercar-stiff, well-handling, properly Ferrari-luxe halo car would be a feat of immense proportions. It might even be impossible. 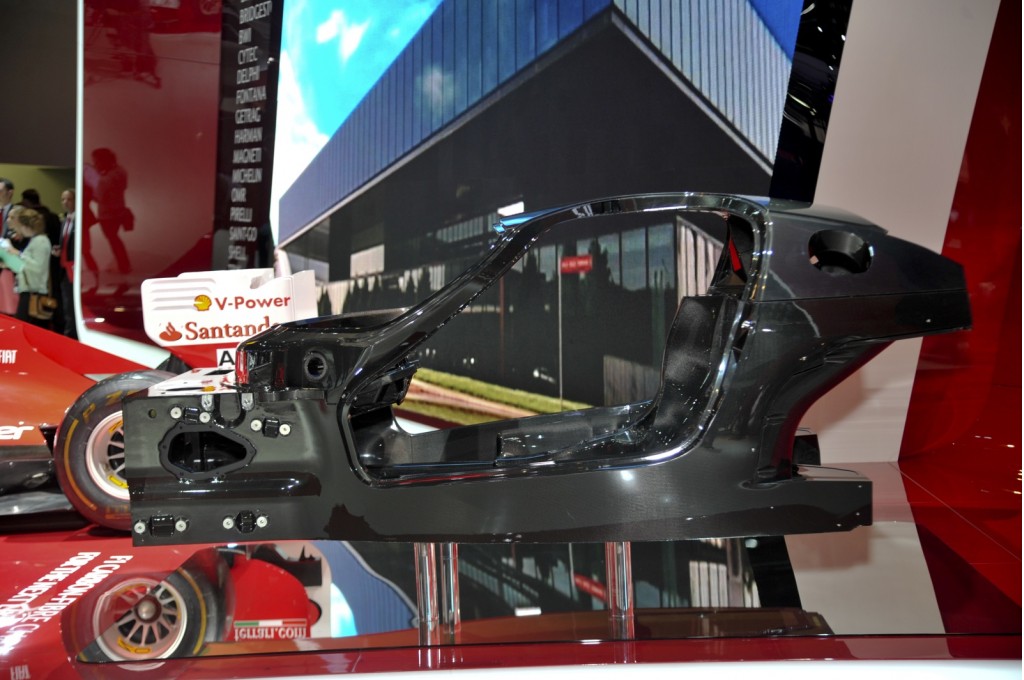 The carbon fiber tub of the upcoming Ferrari F70

We've considered the problem once before, and while Ferrari's rumored application of F1 technology and extensive use of composite materials may provide an avenue of possibility, it doesn't rise to the level of probability. The expense alone could consign such a car to one-off status, unfeasible for a limited-production customer car, which will rely on pre-production orders from the Clienti to justify its construction.

Other speculation advanced by Autocar includes an F1-like feet-raised, fixed-seat driving position made possible by an adjustable pedal box and steering wheel that somehow also shave an incredible 188 pounds from the car's weight.

We'll let the rest of the rumors lie for now, but we'll be trawling those mucky ponds for more in the mean time. To see what's going on in the car's development, check out our spy shots here.