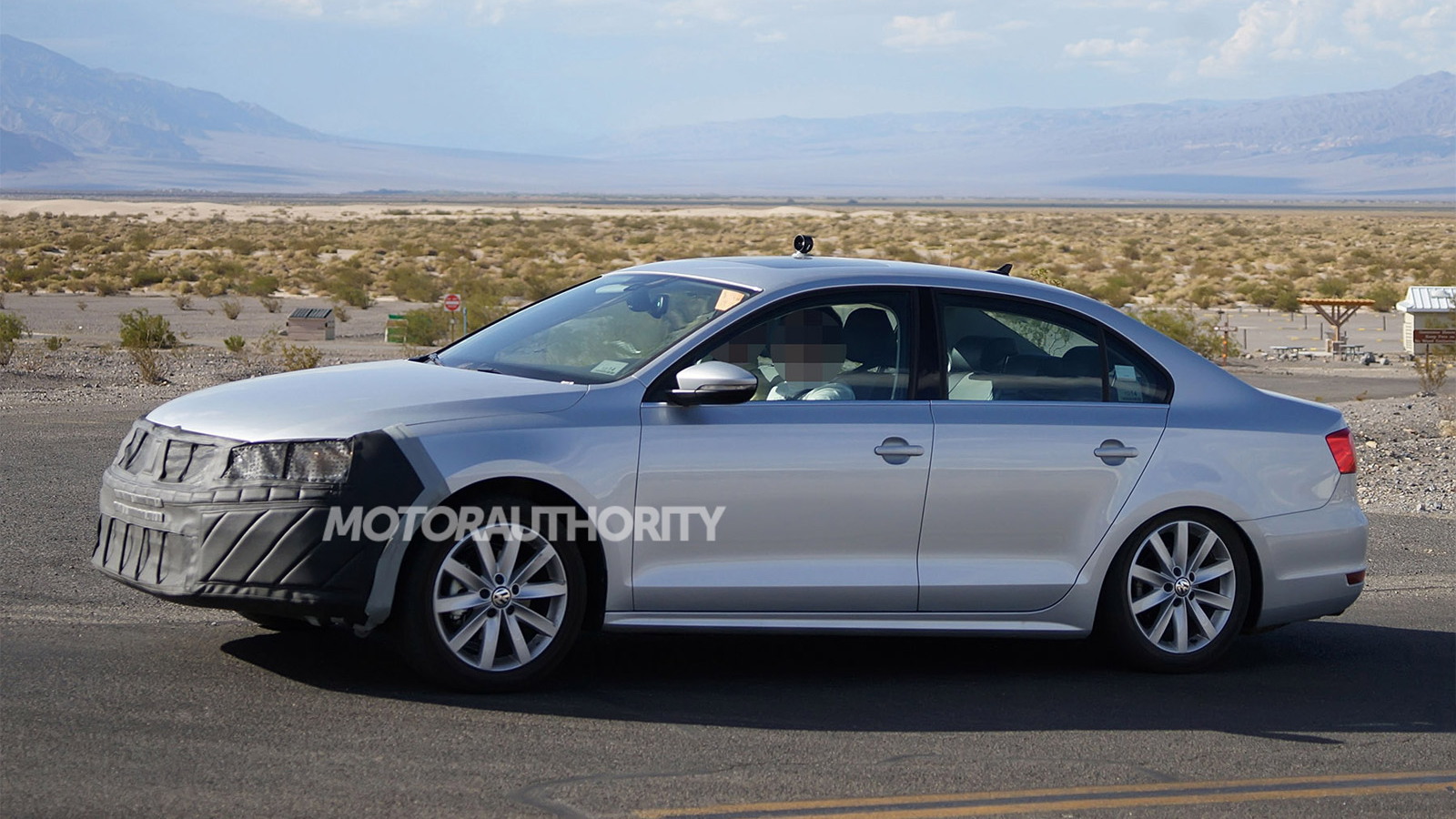 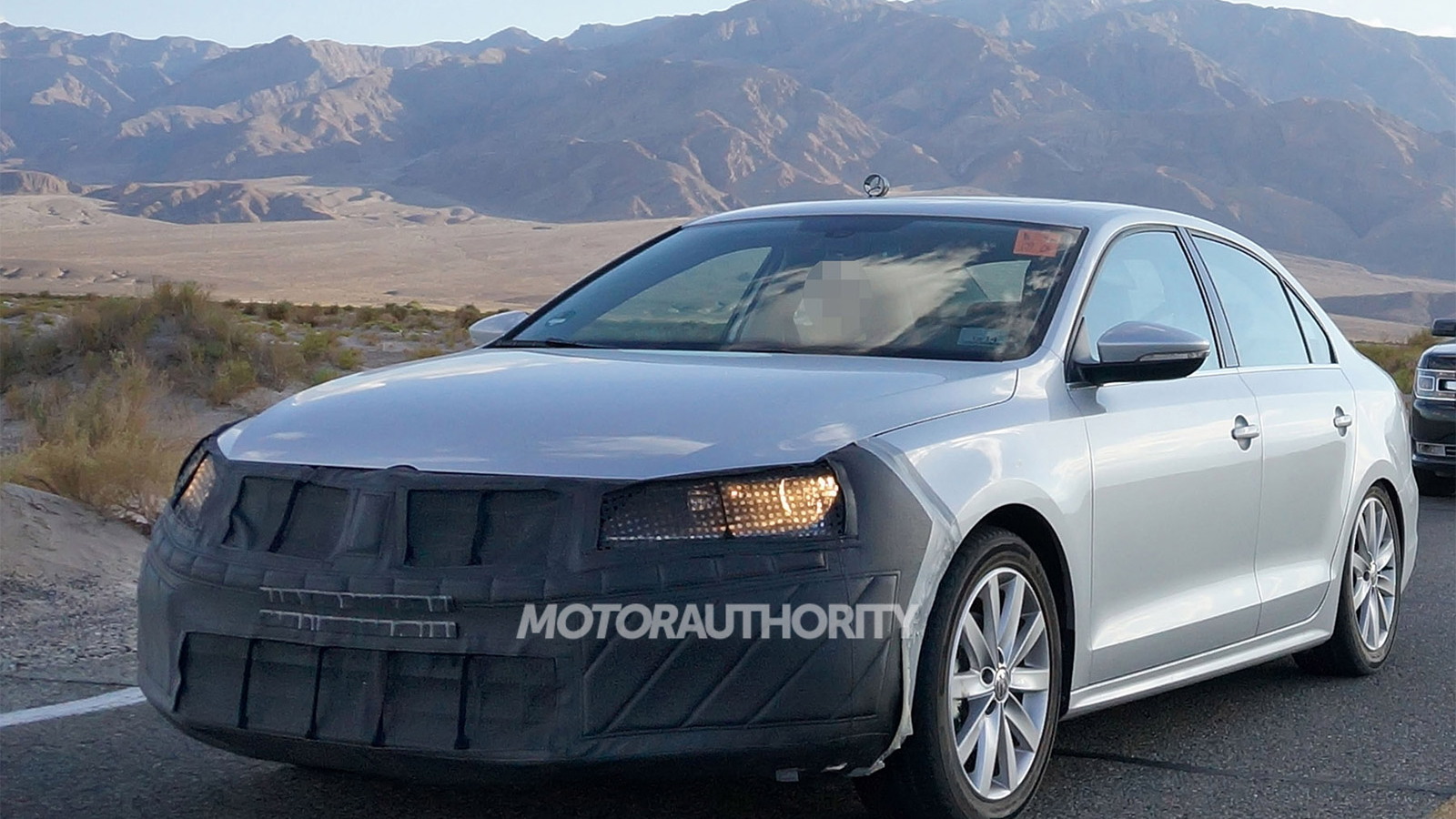 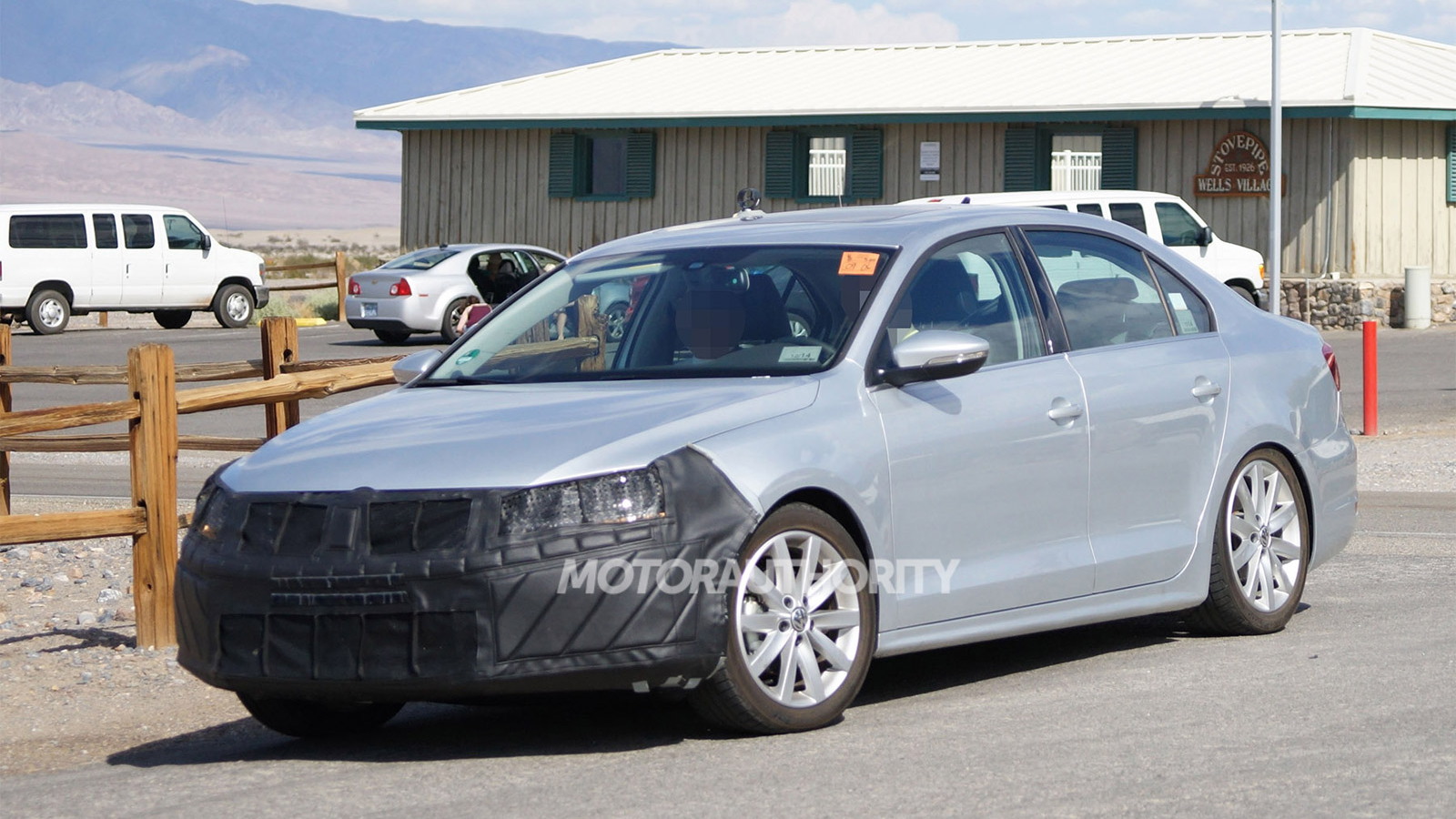 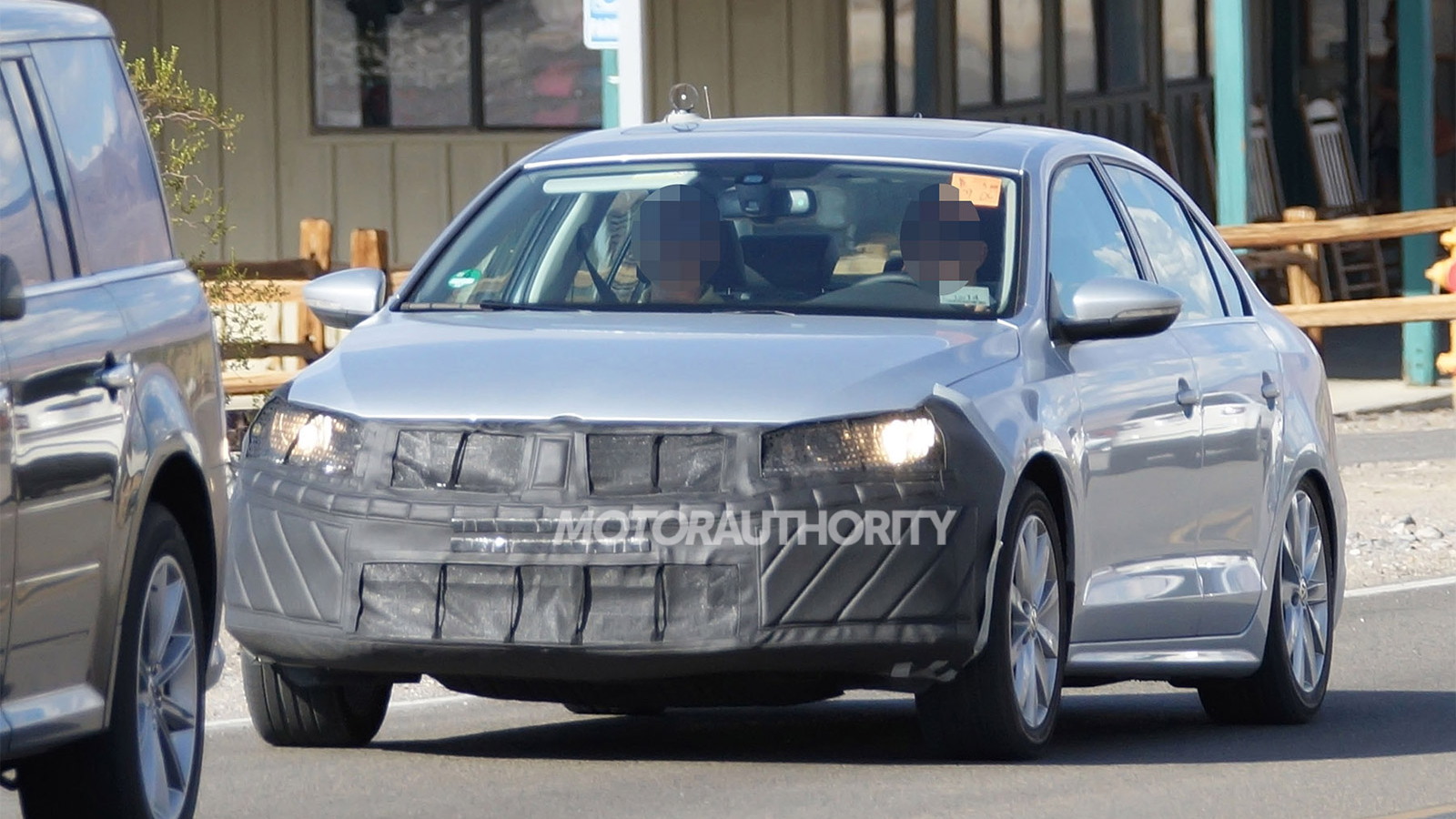 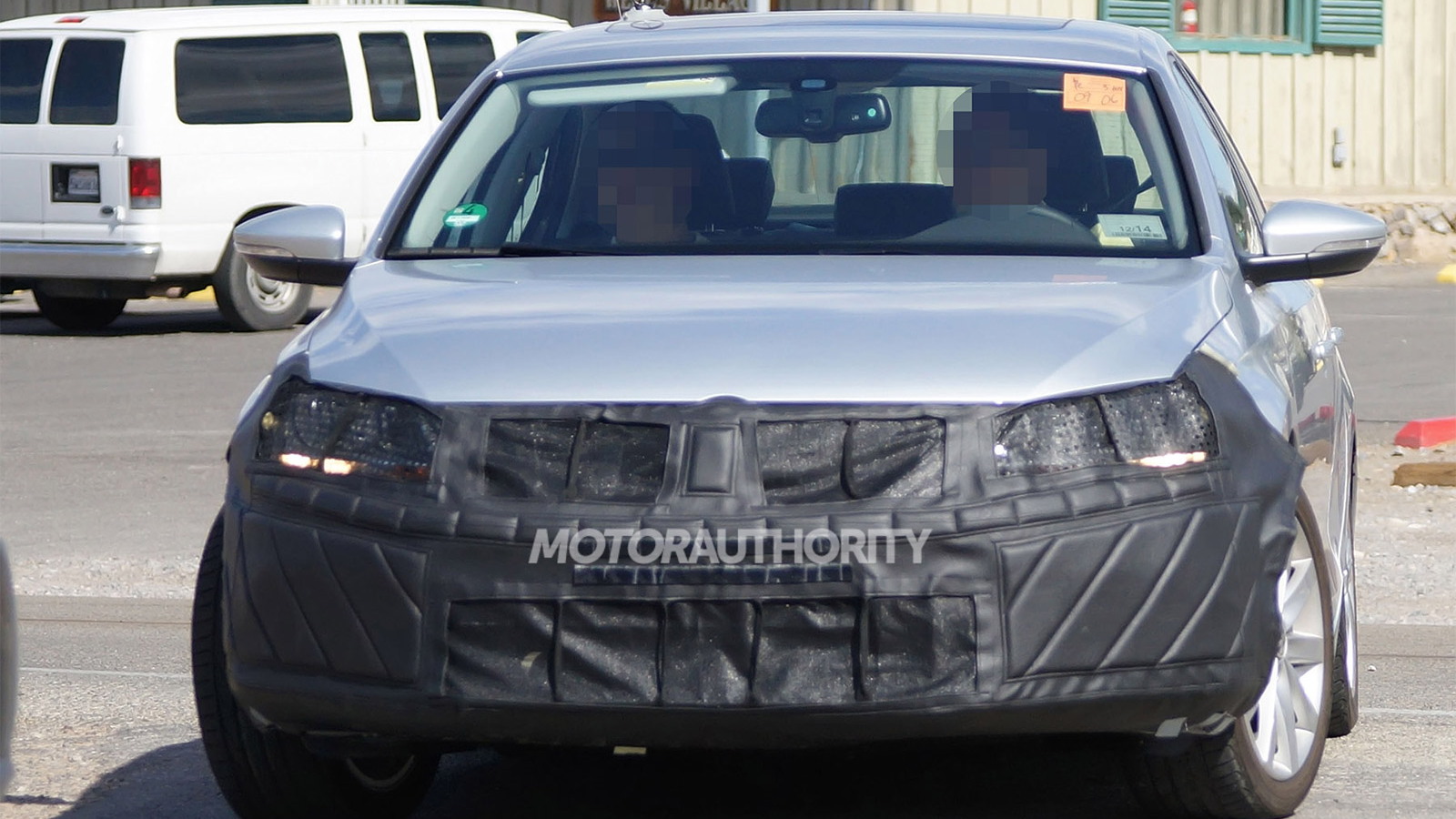 9
photos
Volkswagen’s current Jetta has been on sale since the 2011 model year, during which time the car has seen its engine lineup expanded and a new hybrid variant added. Next year, however, the car will receive its first major update, as confirmed by this camouflaged prototype recently spotted testing in the U.S.

The visual changes will be minimal and are likely being introduced to bring the car’s styling in line with that of the 2015 Jetta SportWagen, which is essentially a wagon version of the latest 2015 Golf instead of the actual Jetta. Look for changes to the headlights, grille and bumper.

Stay tuned for updates as development of the 2015 VW Jetta continues.