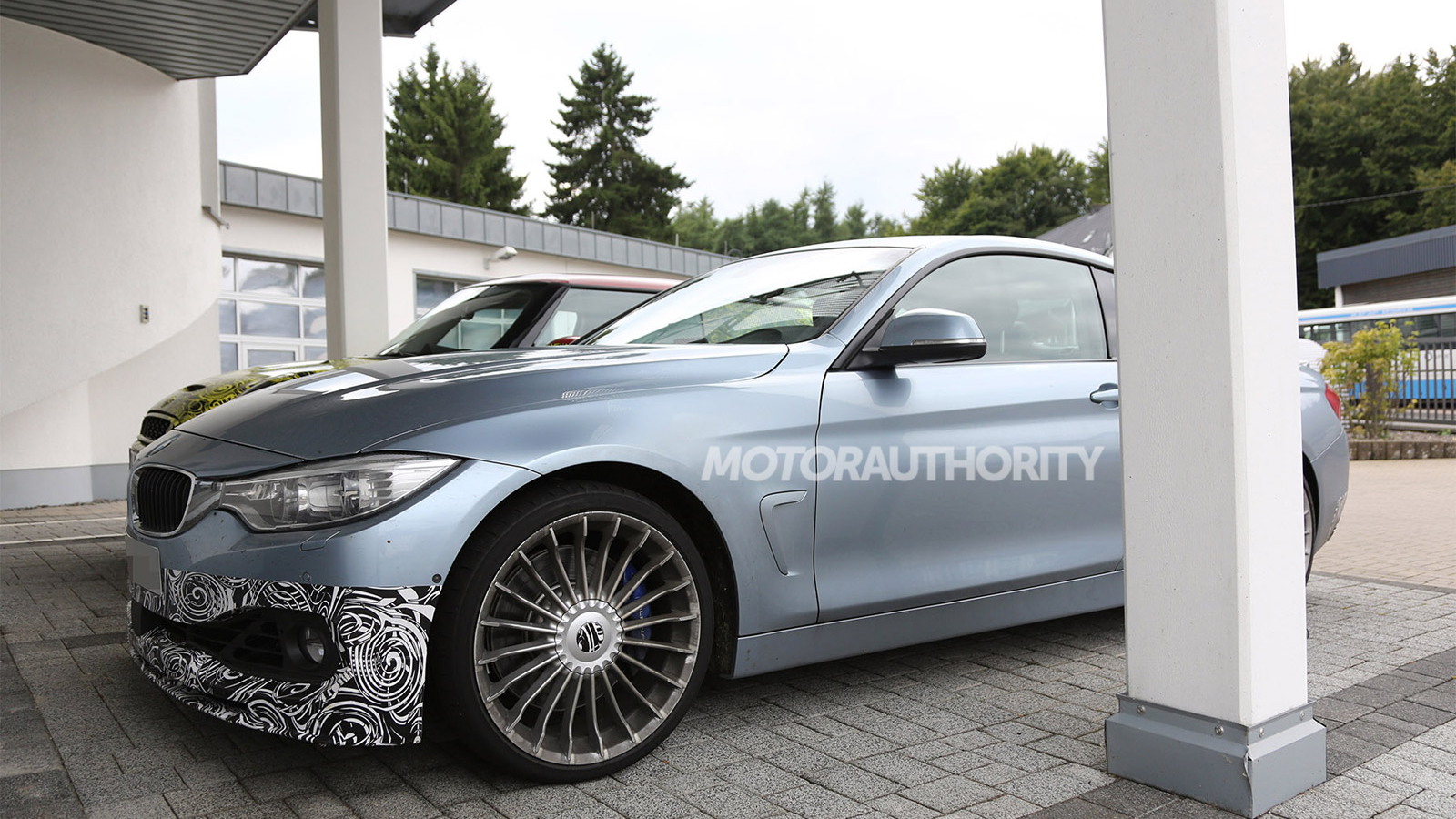 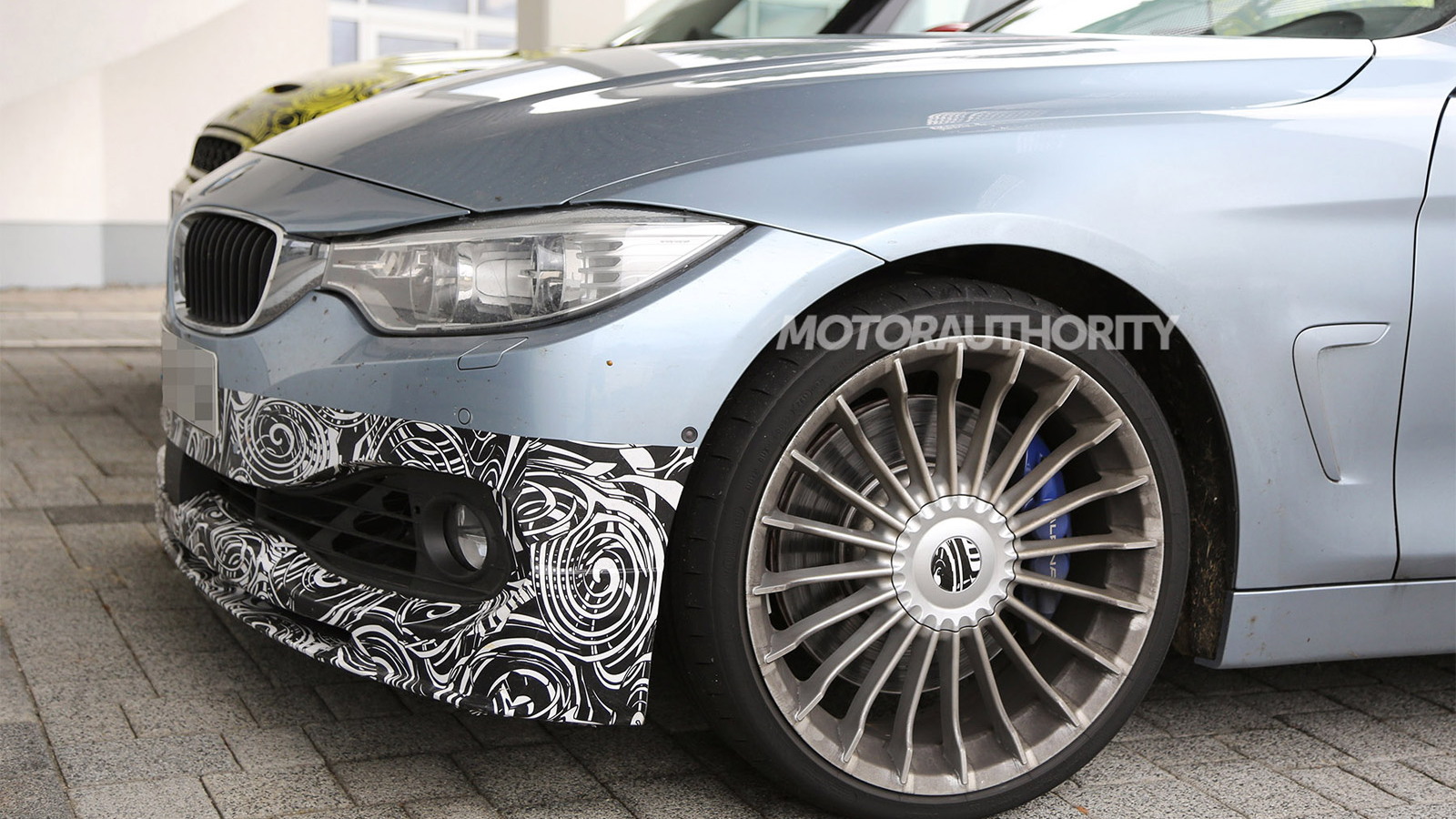 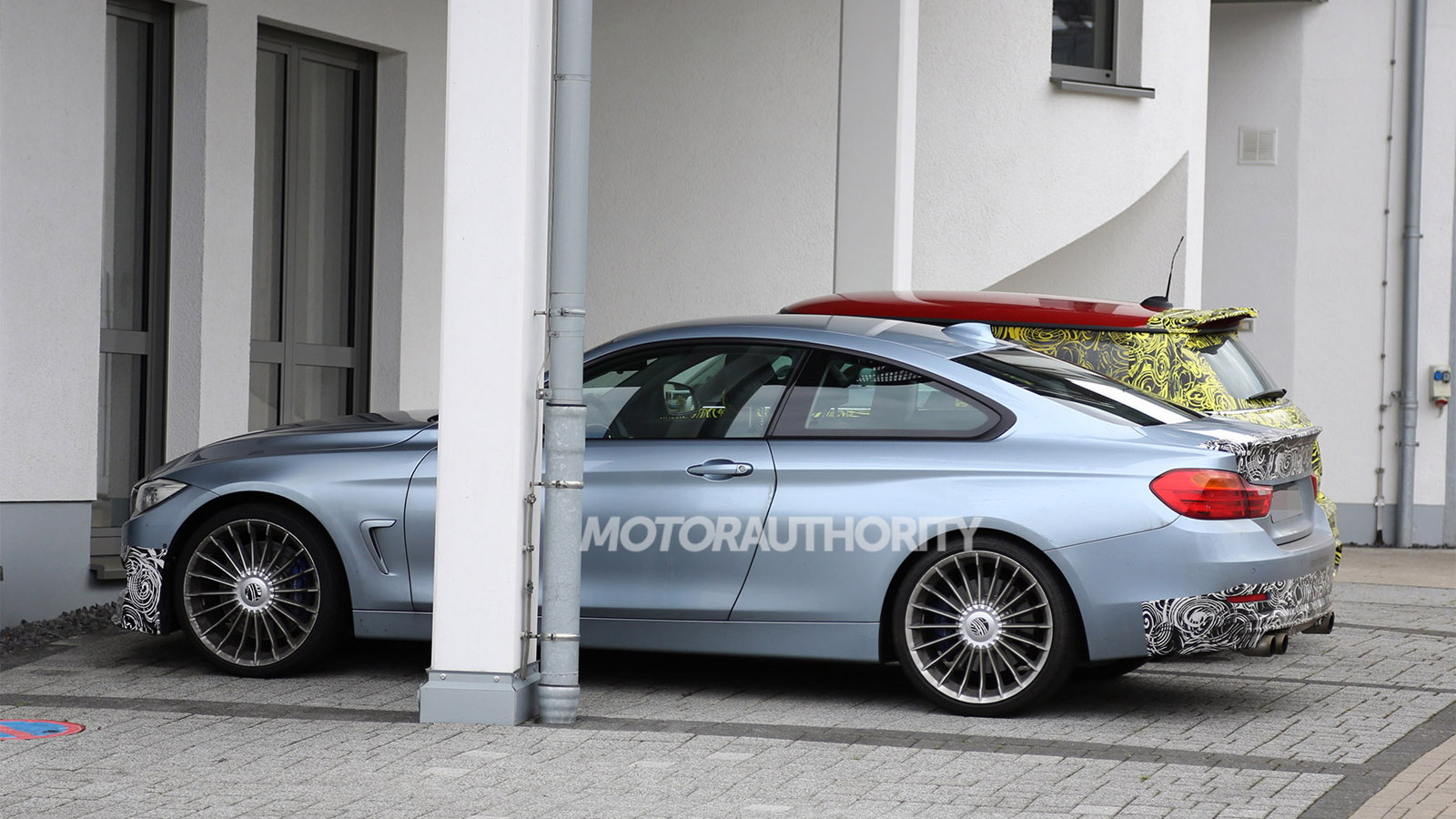 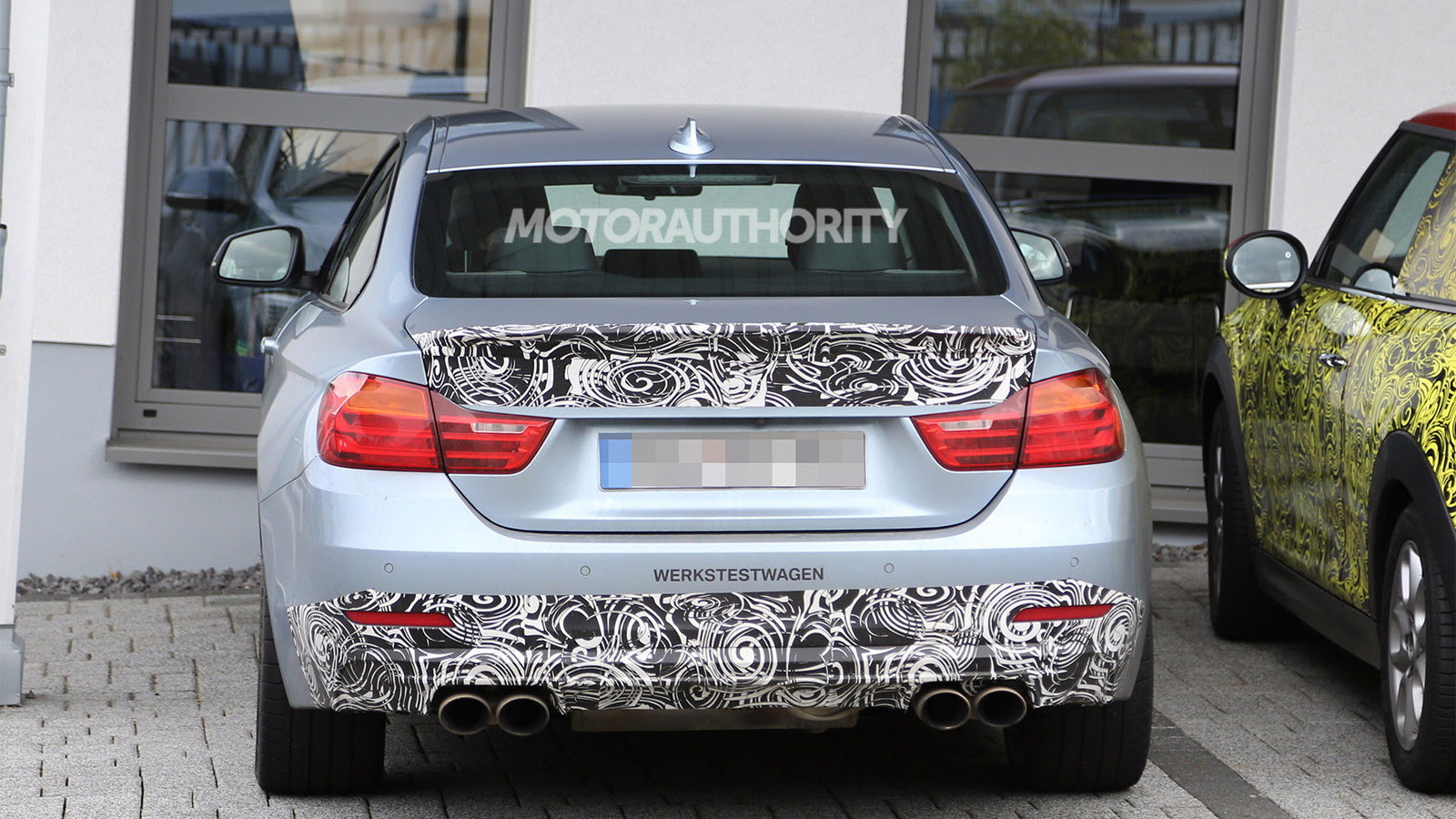 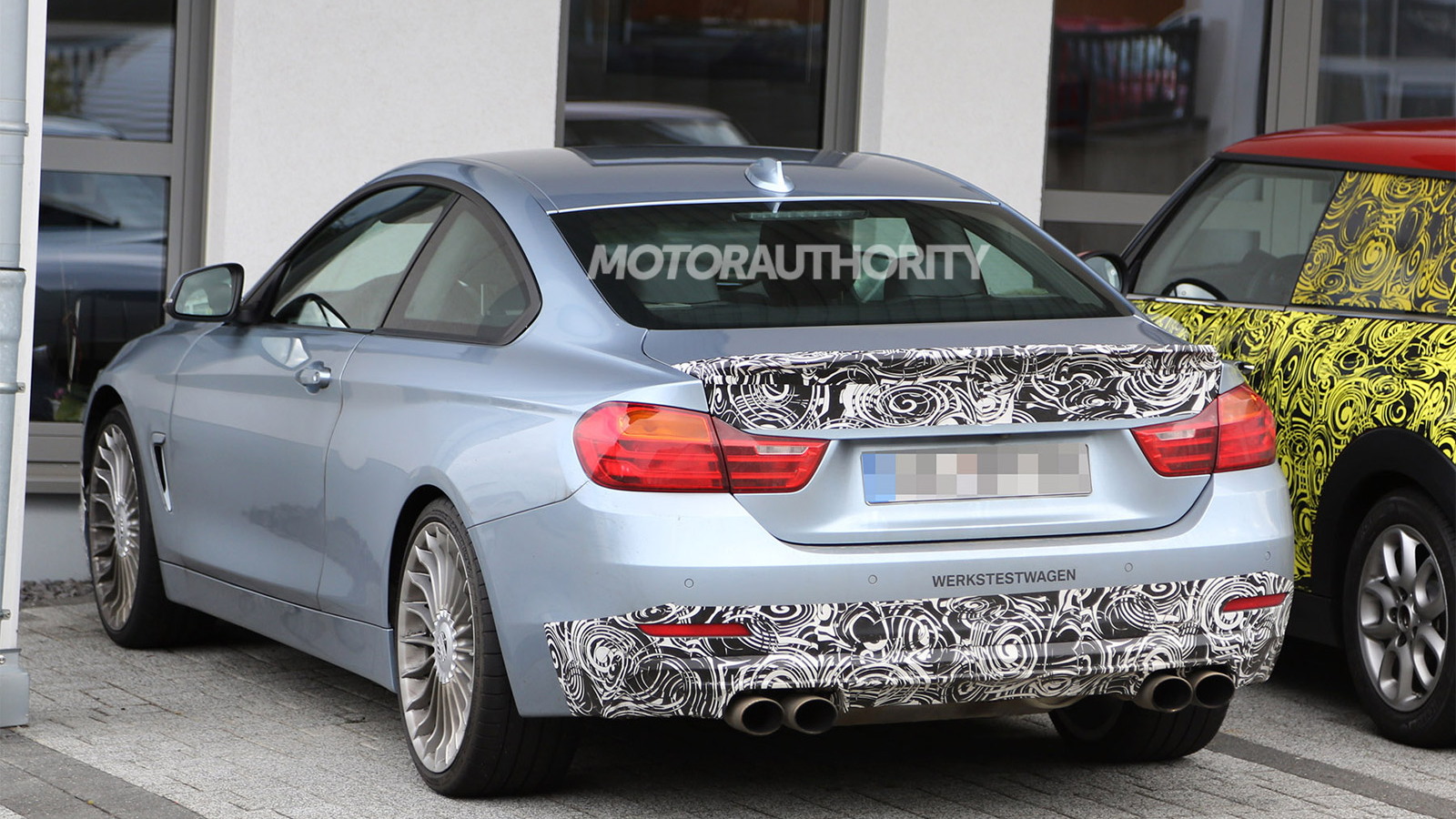 14
photos
Legendary BMW tuner Alpina is about to expand its range with a brand new line, the B4, now that BMW’s 3-Series Coupe has been replaced by the 4-Series. We have new spy shots of a prototype for this BMW Alpina B4 model, which we’re expecting to be launched on the market by the middle of next year, following an official debut at the 2014 Geneva Motor Show next March.

While it may look like an ordinary 2014 BMW 4-Series, some signature Alpina elements reveal its true identity. The biggest giveaway are the quad-exhaust tips, which match the units on the 2013 BMW Alpina B3 Biturbo (based on the BMW 3-Series sedan).

The prototype, which is even marked as a “Werkstestwagen,” also wears Alpina’s popular multi-spoke wheels, measuring 20 inches across. The final giveaway are the blue-painted brake calipers, which even look to be marked with Alpina branding.

That should see the B4 Biturbo sprint to 60 mph from rest in around 4.0 seconds and reach a top speed of close to 190 mph.

Other performance modifications should include discrete changes to the bumpers, adjustable suspension and a tweaked version of the ZF eight-speed automatic fitted to the regular 4-Series range. An all-wheel-drive B4 Biturbo should also be launched further down the track in addition to a successor to the previous B3 GT3 race car.