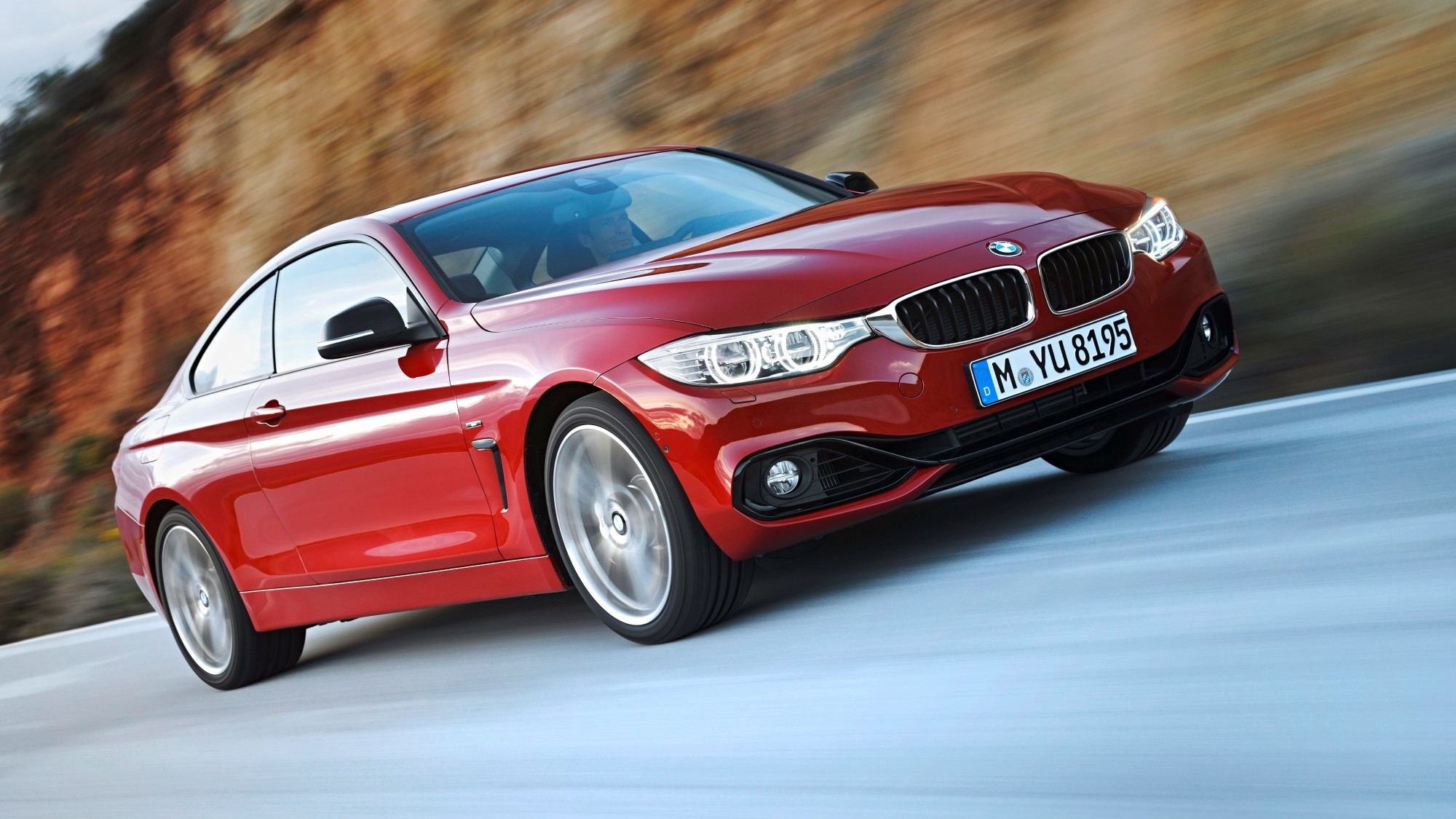 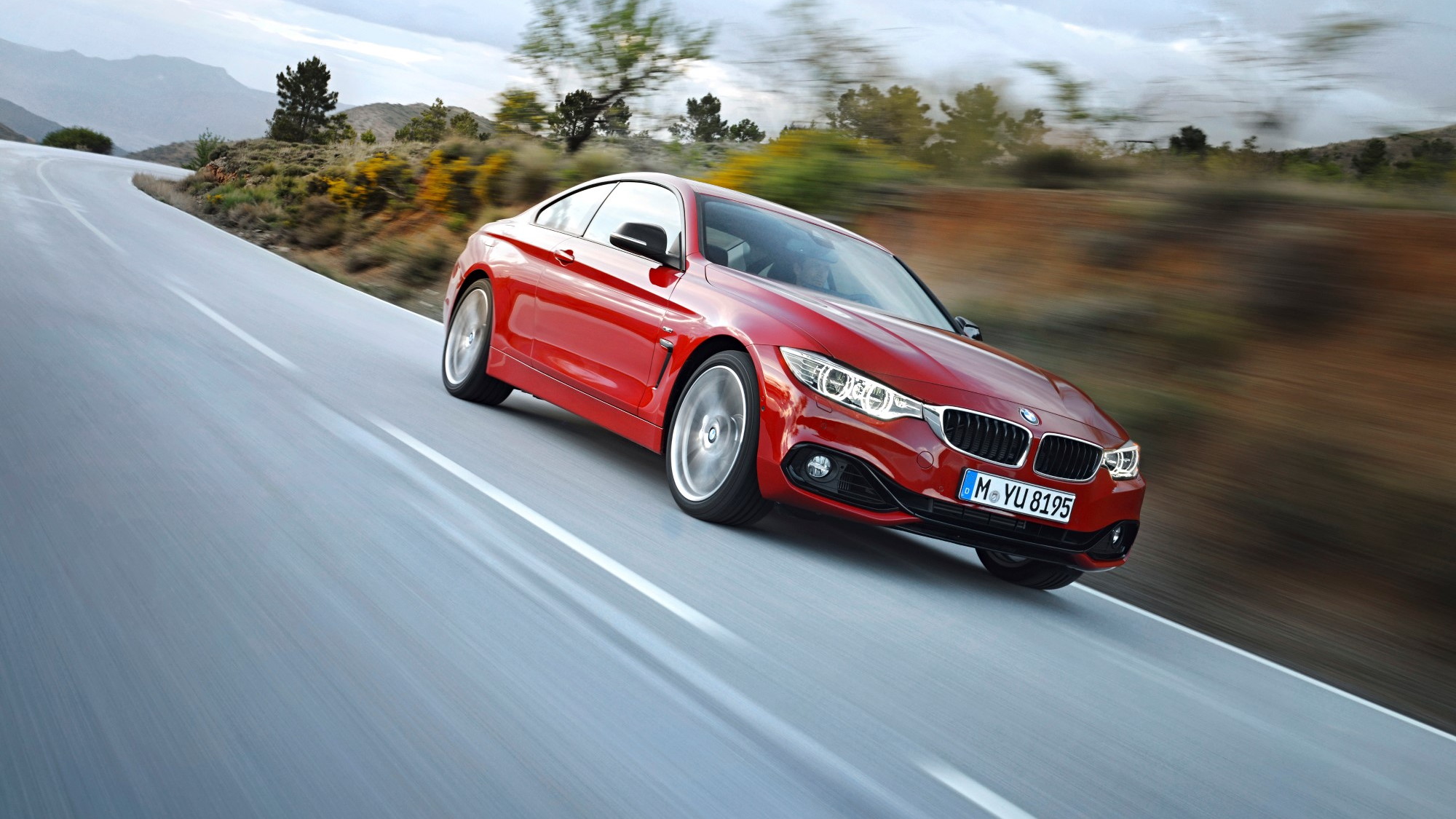 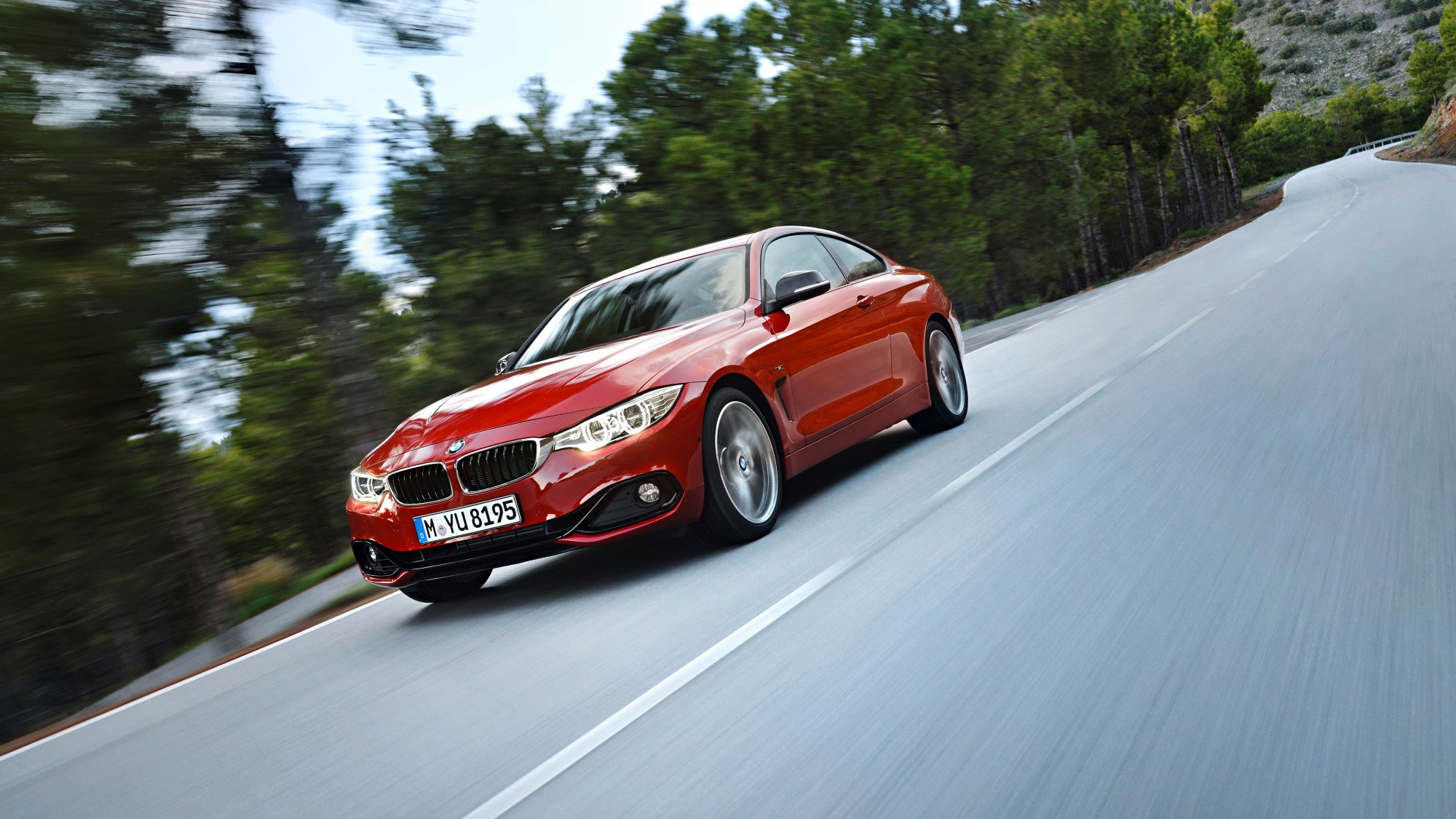 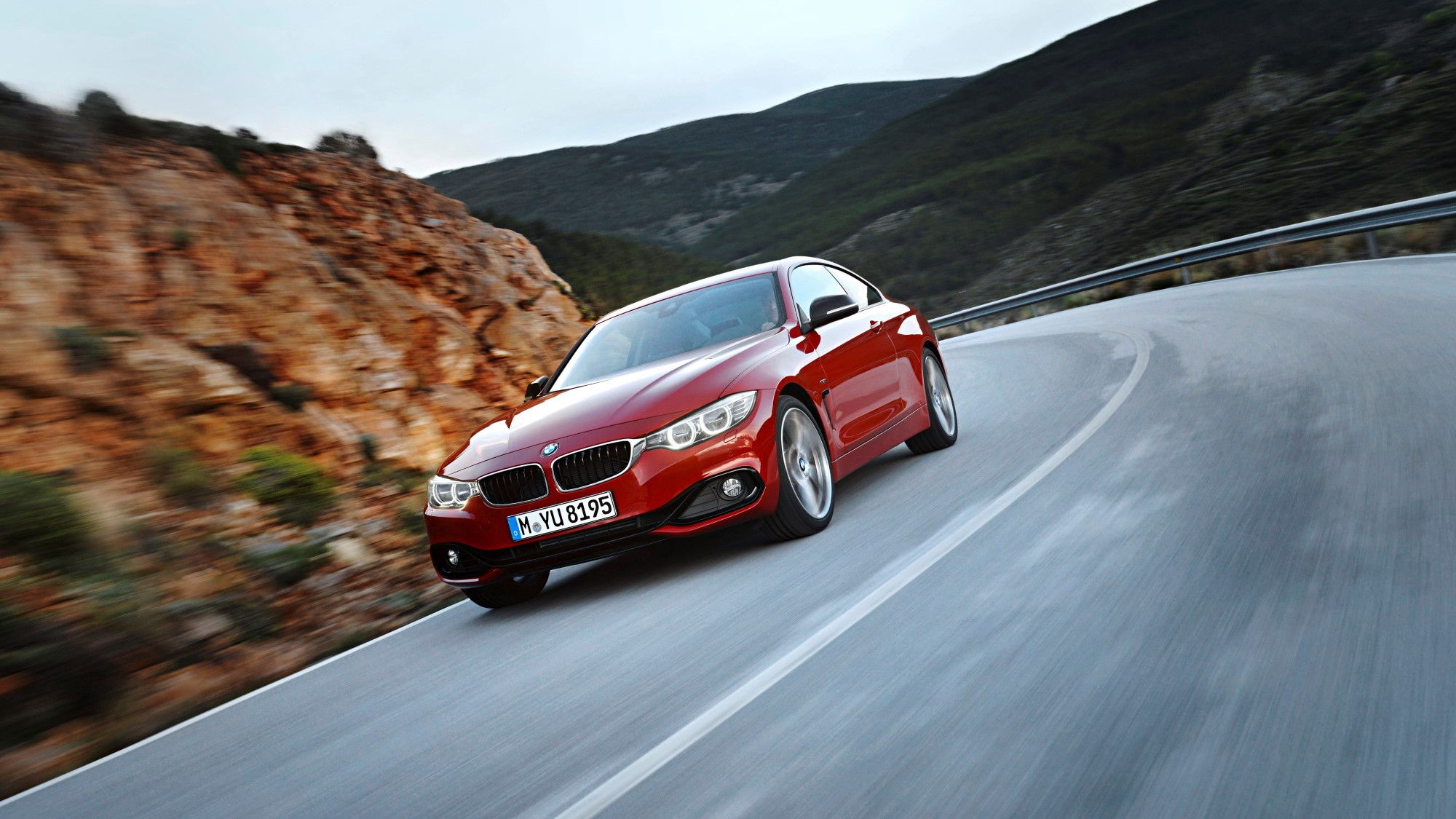 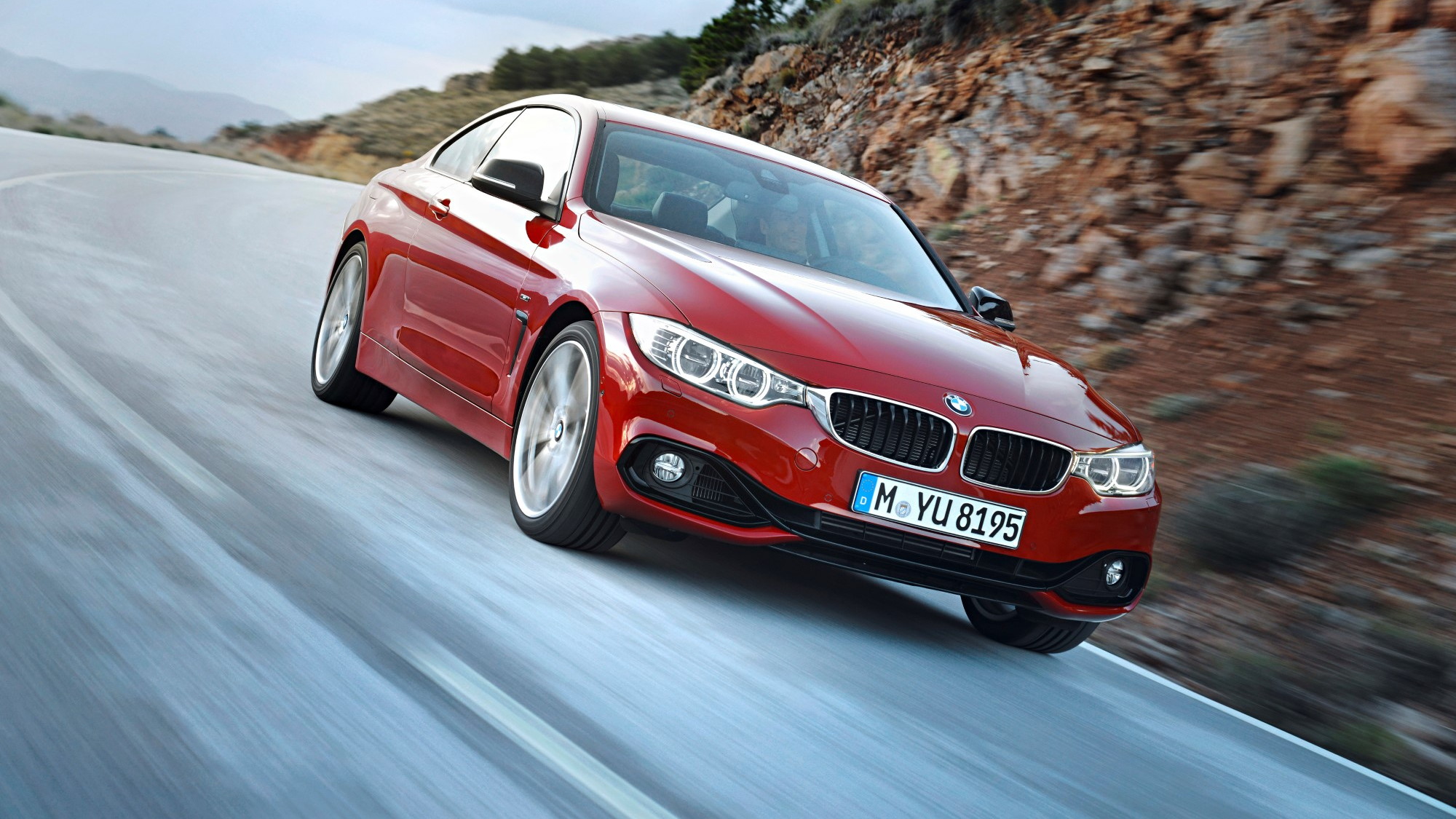 70
photos
So, you've been longing for a 3-Series-sized car, but with fewer doors and a touch more style in its design? BMW has your new slice of the pie: the 2014 4-Series Coupe.

Replacing the 3-Series Coupe, but growing slightly in length and width while going lower to the ground (and lower in its center of gravity) the new 4-Series Coupe promises to offer design-driven buyers a new niche for their garages.

While the vast majority of the 4-Series' underpinnings are shared very closely with the F30 3-Series sedan, there's at least one unique element to the new coupe's makeup: the center of gravity has been lowered via a lower suspension setup, bringing it down under 20 inches from the ground, the lowest center of gravity of any BMW car currently built.

Otherwise, you'll find the 4-Series Coupe available in a choice of trim lines (Luxury or Sport), plus the optional M Sport package.

LED High Beam Assistant is available, as is BMW Active Cruise Control with Stop & Go. A new generation of BMW's navigation system, plus a full-color HUD, and a range of other safety and driving assistant technologies will also be offered.

The 2014 BMW 4-Series Coupes will begin arriving at U.S. dealerships late in the summer.