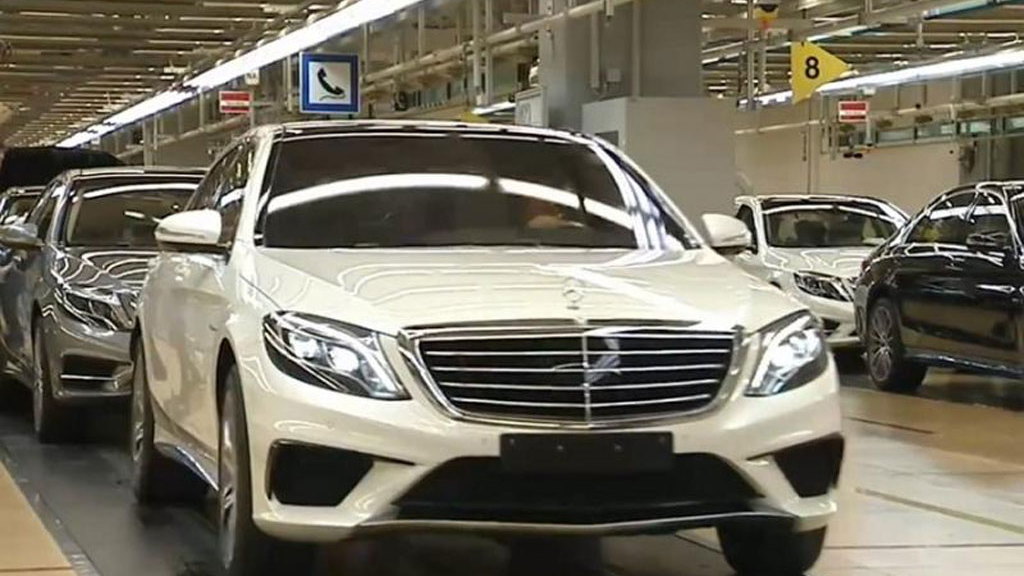 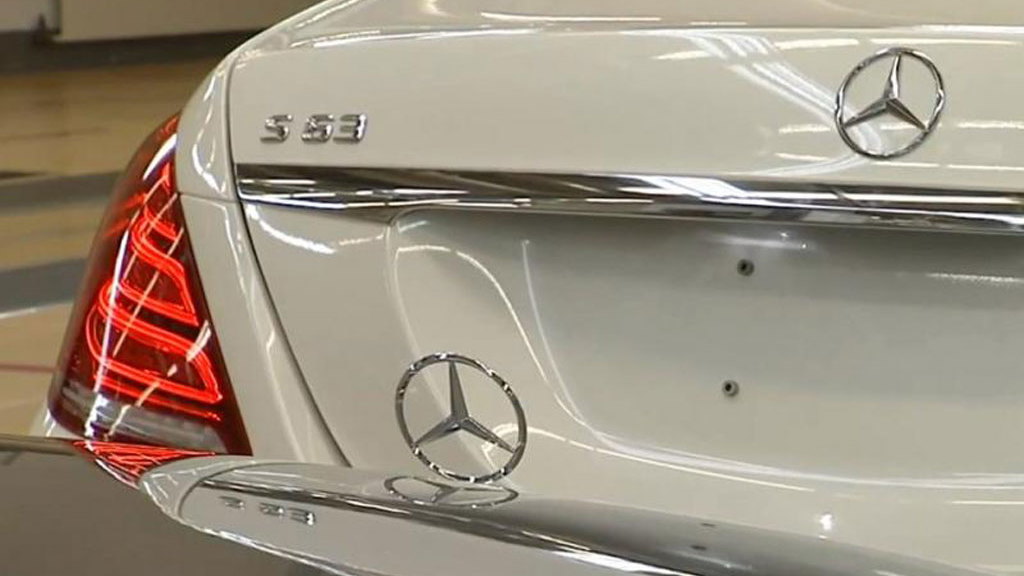 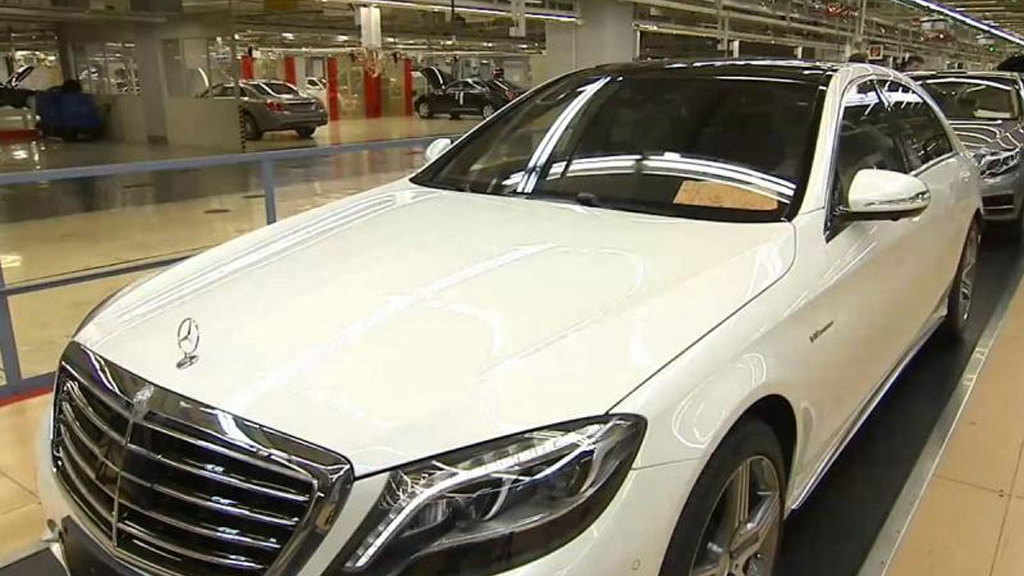 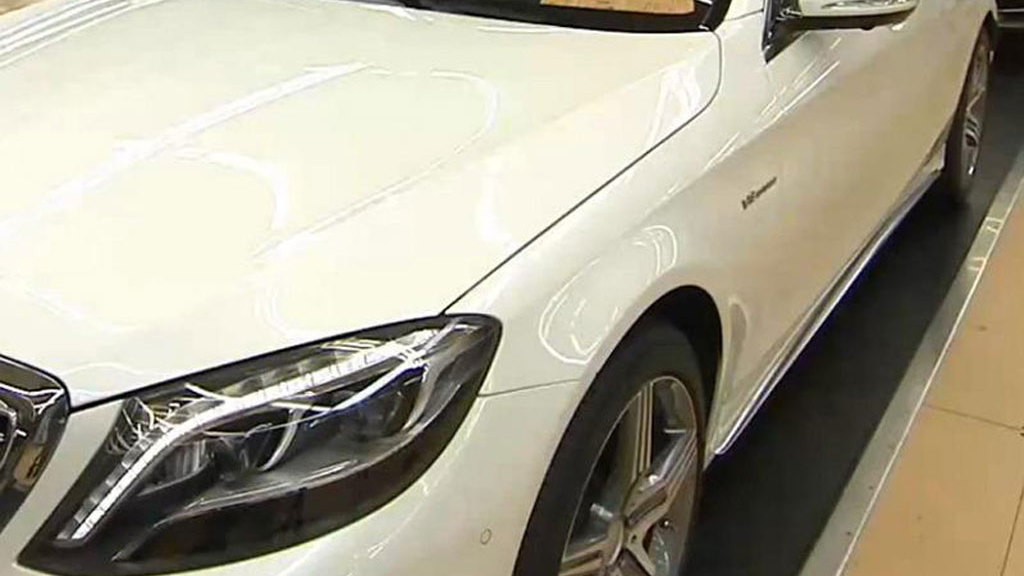 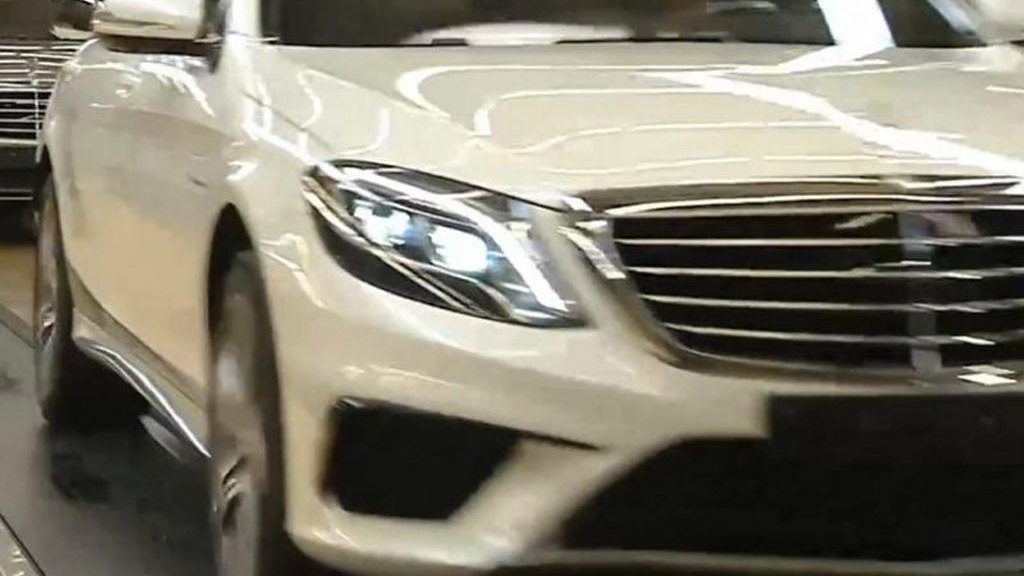 11
photos
Mercedes-Benz this week started production of its sixth-generation S Class at its main plant in Sindelfingen, Germany, and in an official video showing the production line one of the cars featured just so happens to be the high-performance S63 AMG variant.

The latest S63 AMG model is yet to be revealed, officially, though clearly the cars are already in production.

This video, posted up by Czech website Auto Forum, shows the S63 AMG with its front fully revealed.

We know it is the S63 AMG by its enlarged air intakes in the front bar, AMG-spec wheels and “S63” badge on the trunk lid.

Interestingly, the styling of this model is somewhat restrained compared to some other cars we’ve seen launched by AMG recently, namely, the 2014 E63 AMG and 2014 CLA45 AMG.

As for what's under the hood, we're likely to see the base model adopt the 550-horsepower version of the twin-turbocharged 5.5-liter V-8 fitted to the 2014 E63 AMG. A new S-Model with even more power may also be introduced, just as we saw with the latest E63 AMG.

A seven-speed AMG SPEEDSHIFT dual-clutch transmission and all-wheel drive are expected, too, and should be the standard setup for cars delivered to the U.S.The new S63 AMG will be joining the rest of the 2014 S Class range in showrooms this fall. Shortly after launch, we should also see a new S65 AMG powered by a twin-turbo V-12. The same V-12 rates at 621 horsepower and 738 pound-feet of torque in the 2013 SL65 AMG, and we would expect this to carry forward to the new S65 AMG.