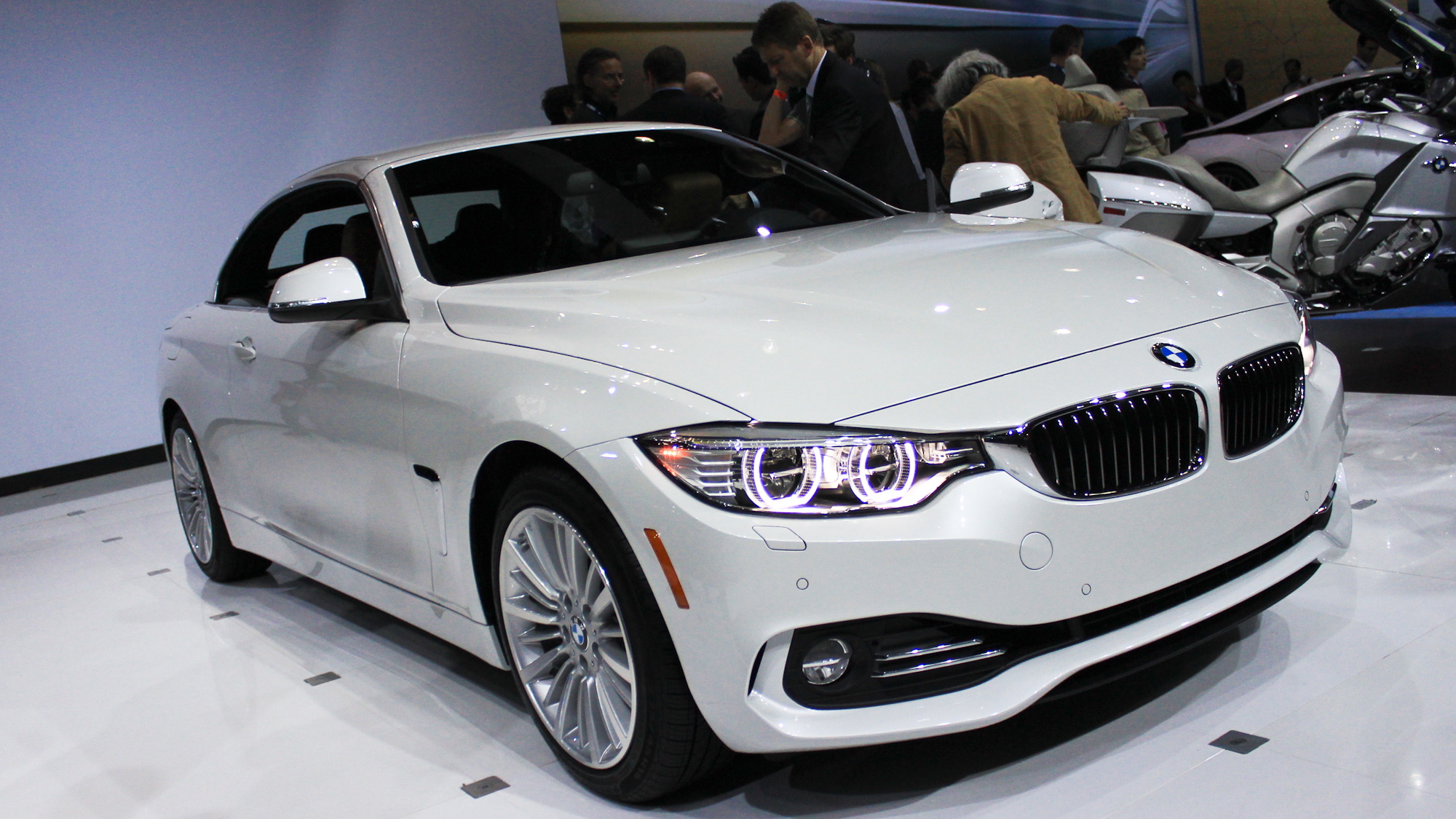 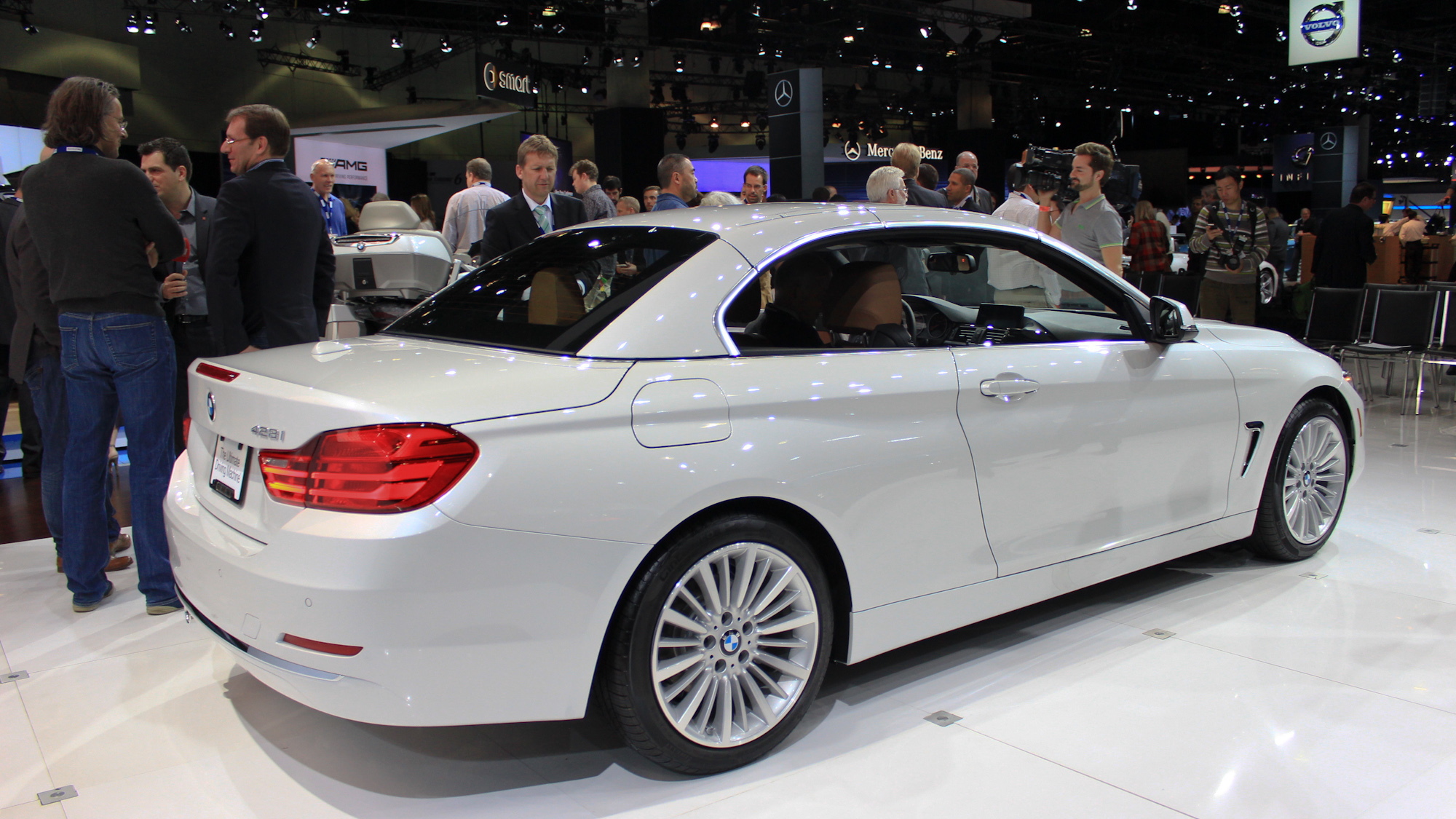 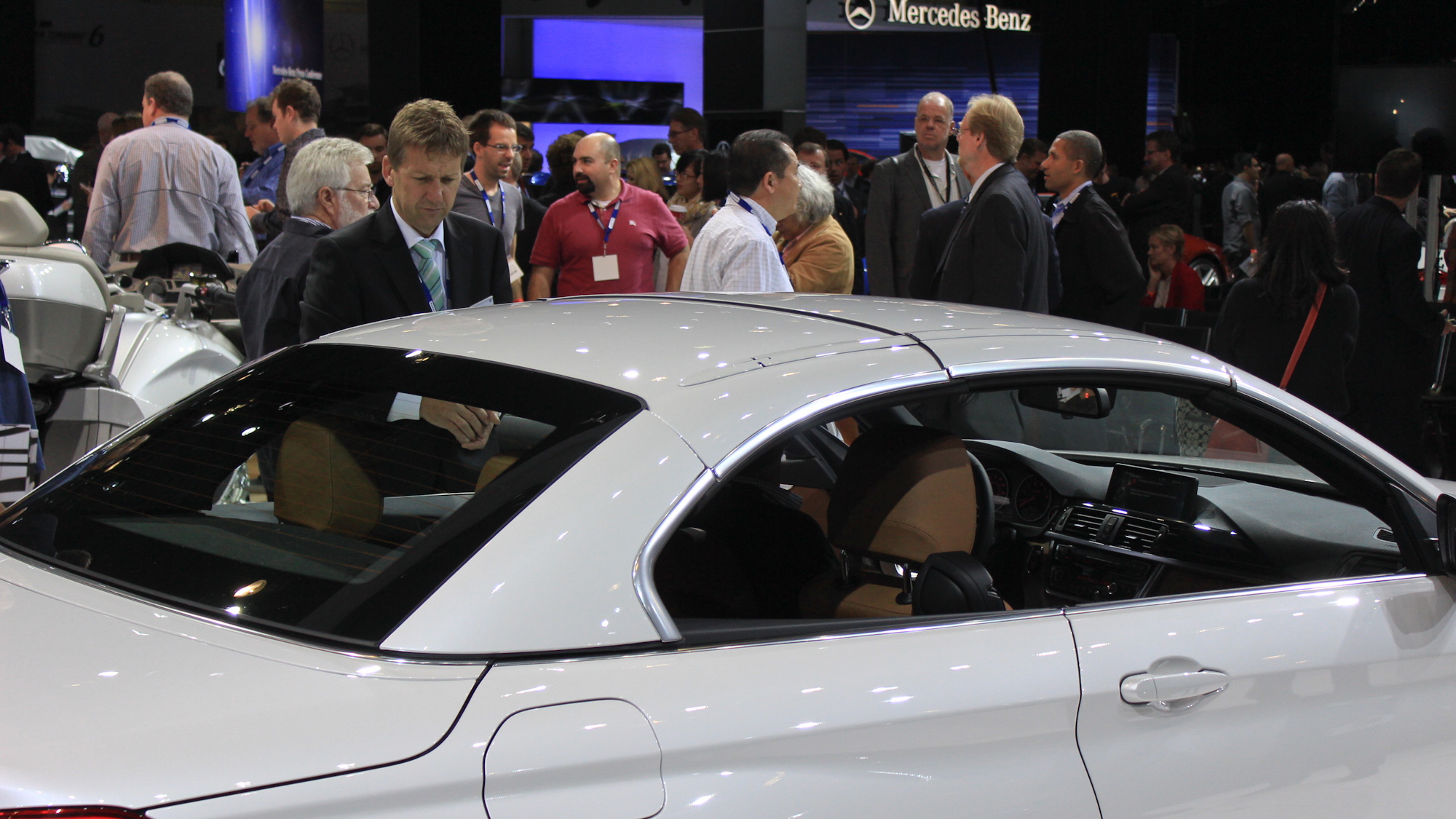 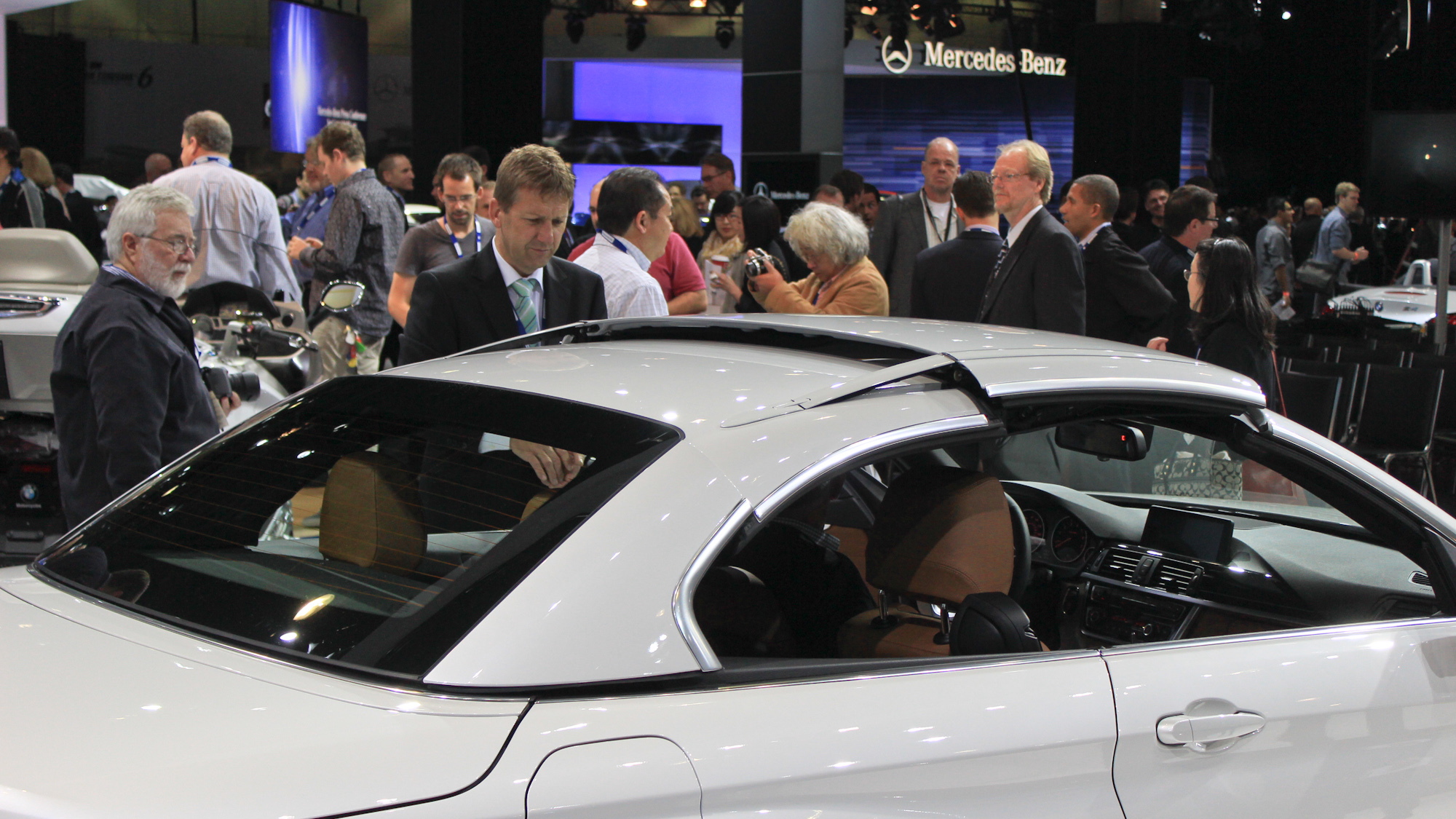 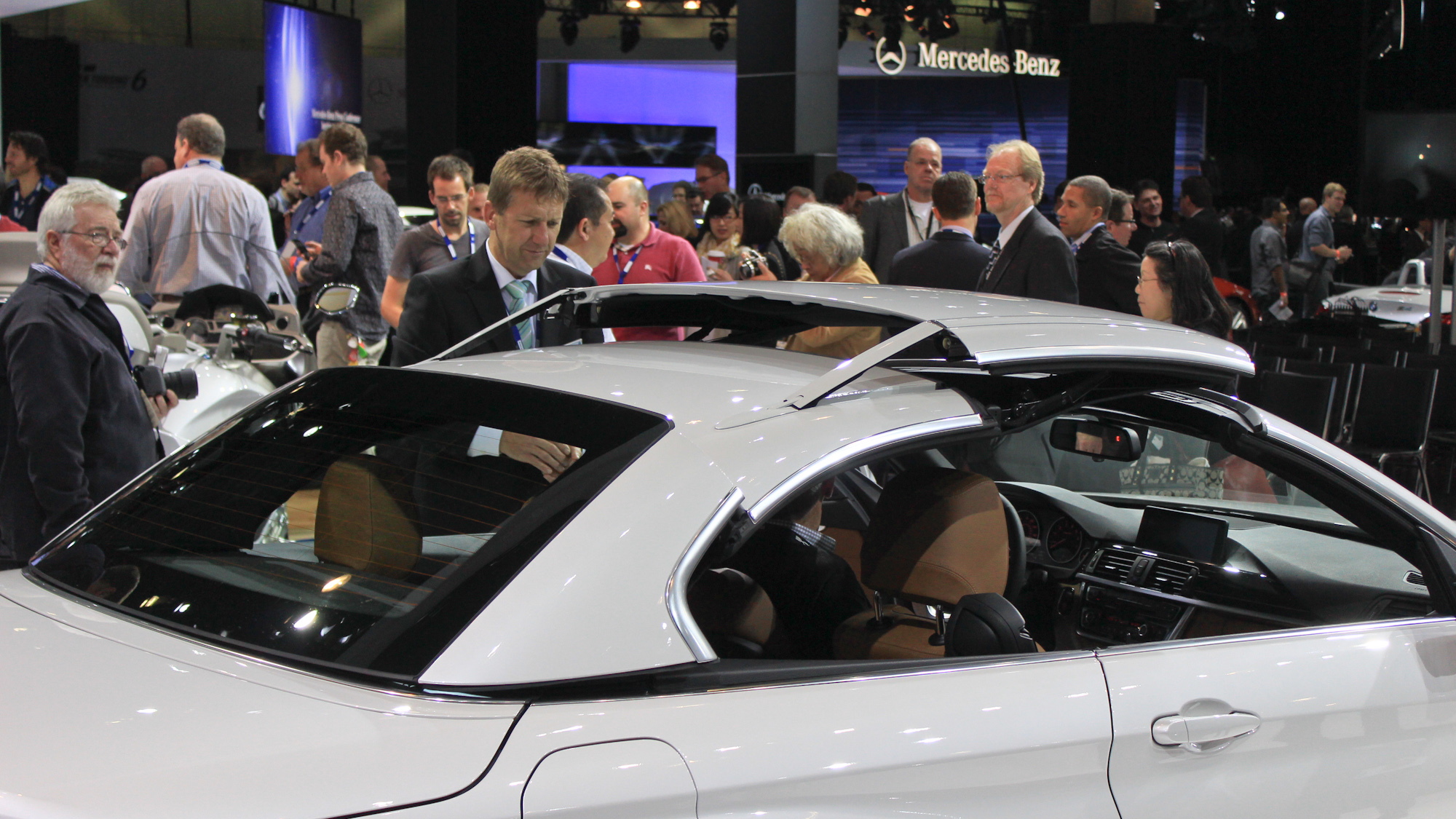 The next extension of the BMW 4-Series is here, and it's even more beautiful than the 3-Series Convertible it replaces in the company's range. Making its debut at the 2013 Los Angeles Auto Show, the new 428i Convertible shows off its hard-top drop-top action, and it's looking pretty slick on first impressions.

BMW says the "new 4 Series Convertible represents something more than its BMW 3 Series cousins – 3+1, if you will." We're not sure what that means, but it's pretty clear what you get for your $49,675 starting price: a 4-Series Coupe that lets its hair down.

Perhaps more than any other convertible in the luxury compact segment, the last-generation BMW 3-Series Convertible wore its top up with grace and elegance, looking like a purpose-built coupe--then opening up to the sun with equal ease. The 4-Series Convertible does that, but better.

What's Under The Hood?

The 428i isn't blisteringly quick, but it's snappy, getting to 60 mph in 6.2 seconds and carrying on to an electronically limited top speed of 155 mph. The 435i is a touch quicker, hitting 60 mph in around 5.5 seconds, according to BMW.

Longer, wider, and therefore lower-looking, the new 4-Series Convertible is a larger car than its predecessor, positioned to be a luxury upgrade not only in name but in fact.

Rear-wheel drive is the standard fare for both trims, but the 428i will also offer xDrive all-wheel drive. Both models get a standard eight-speed automatic transmission with wheel-mounted paddle shifters. Normal and Sport modes help the transmission match its shift patterns to expected driver behavior. The BMW Driving Experience Control also offers Comfort, Sport, or Sport+ modes (on most models) to tweak powertrain and suspension settings for the desired traits.

What's Under The Roof?

The folding hard top for the 2014 BMW 4-Series Convertible has been significantly revised, says BMW, resulting in a 2-dB quieter interior and better weather insulation. The three-piece hardtop retracts in 20 seconds at speeds up to 11 mph.

A redesigned windblock is standard (and it now stows behind the rear seat), and three-temperature neck warmers are available, to improve comfort in low-temperature or high-speed top-down driving.

The 4-Series Convertible is even divided into the same trim lines as its cousins: Sport Line models get their own 18- or 19-inch alloy wheel designs and sportier appearance tweaks; Luxury Line models get a unique wheel design as well, plus matte black and high gloss touches inside and out for a more high-end look.

An M Sport version is also available, adding the M Aerodynamic package (front bumper, rear bumper, diffuser, and side skirts) plus a unique set of wheels and M-branded details inside and out.

A true M4 Convertible is on its way, though it's likely to wait several months or more after the first-quarter 2014 retail arrival of the standard 4-Series Convertible.