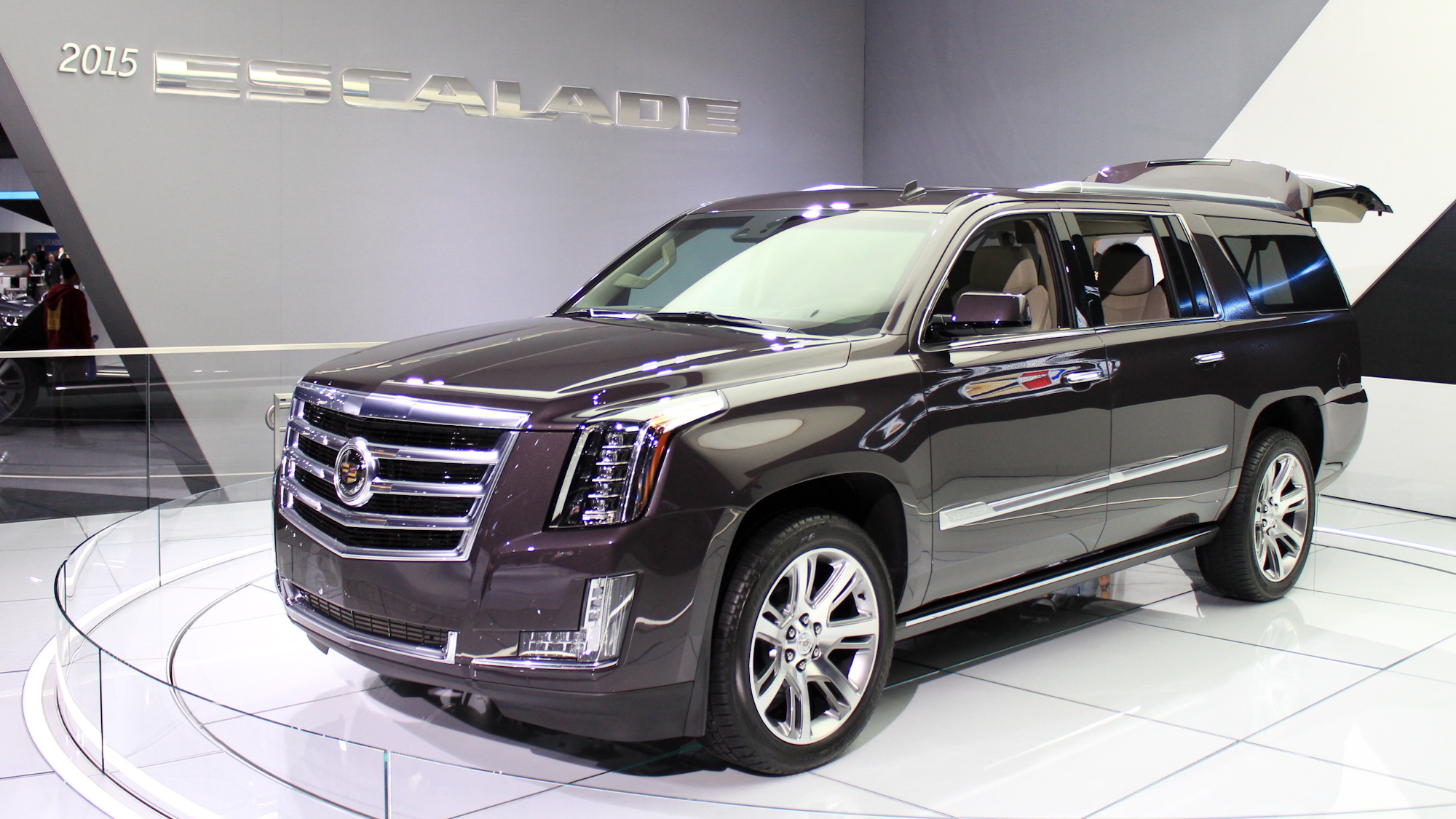 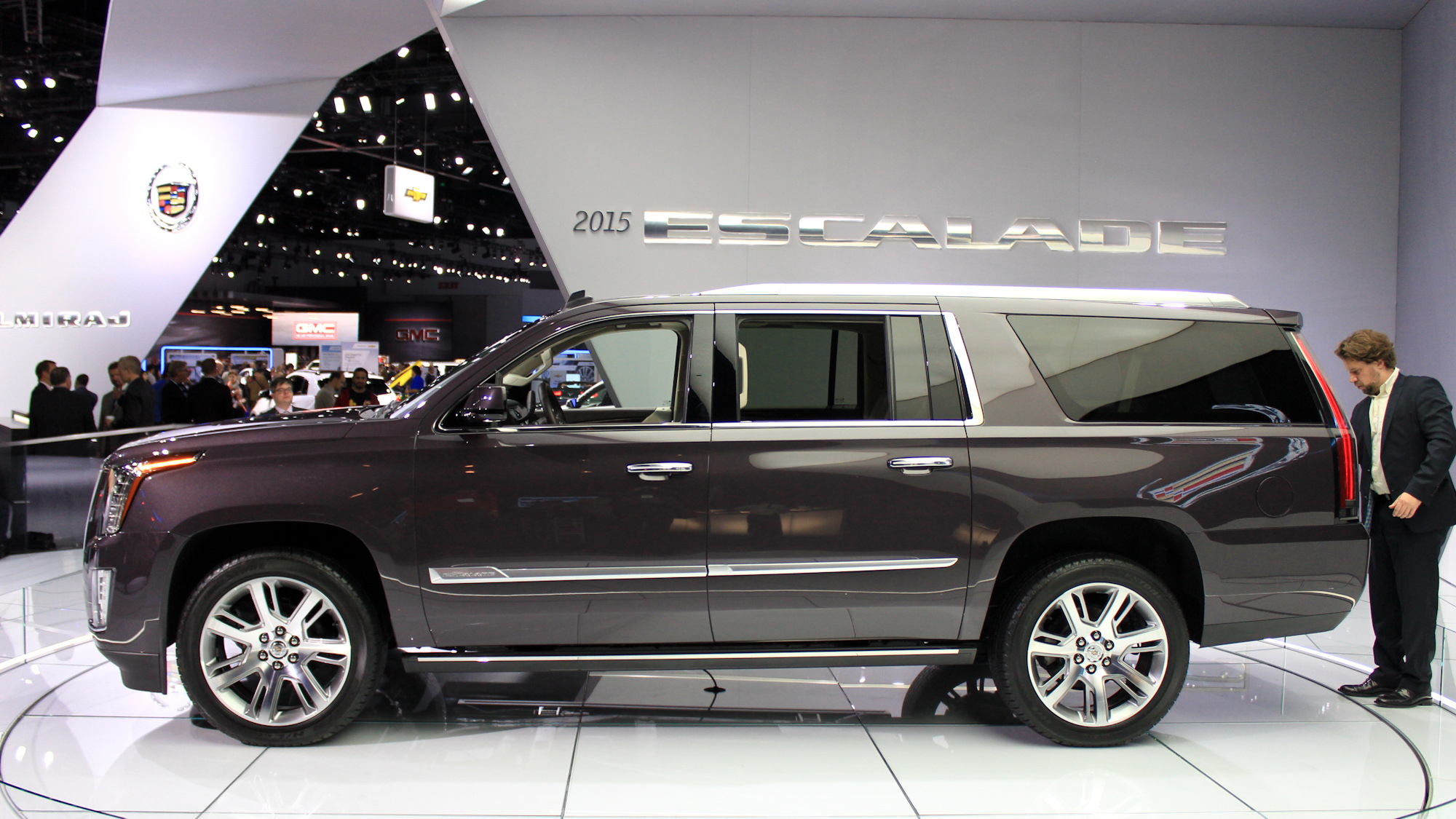 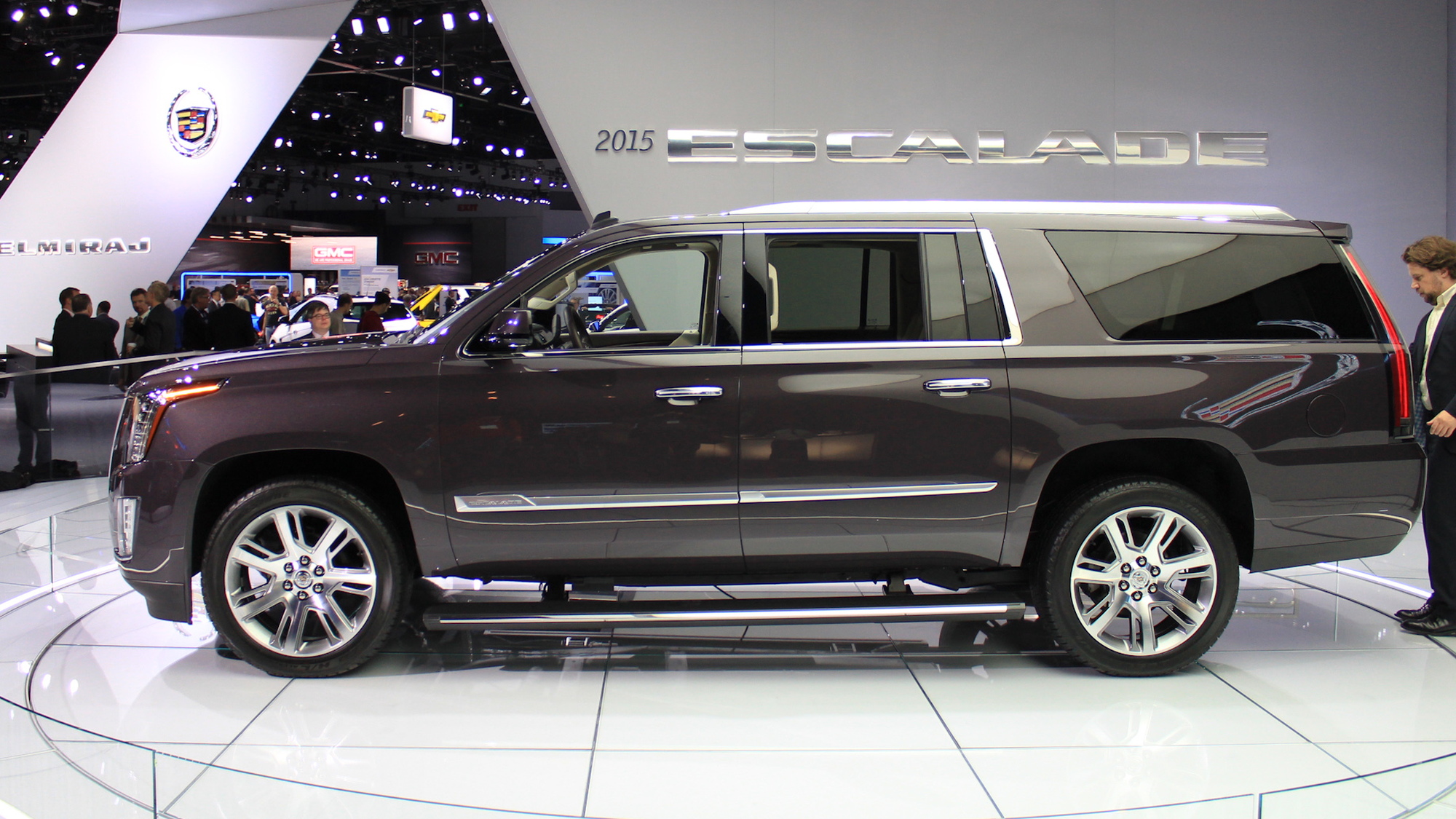 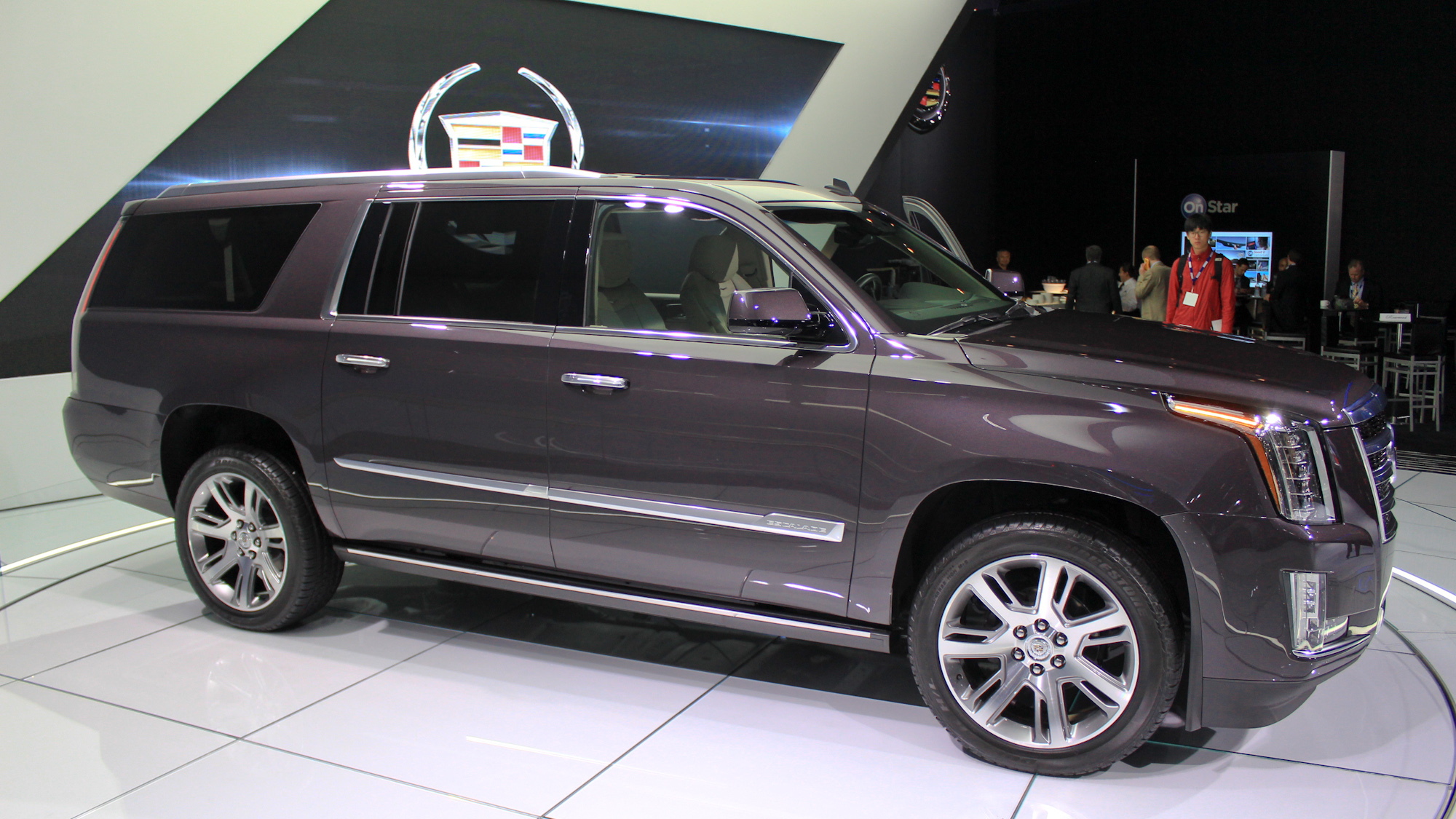 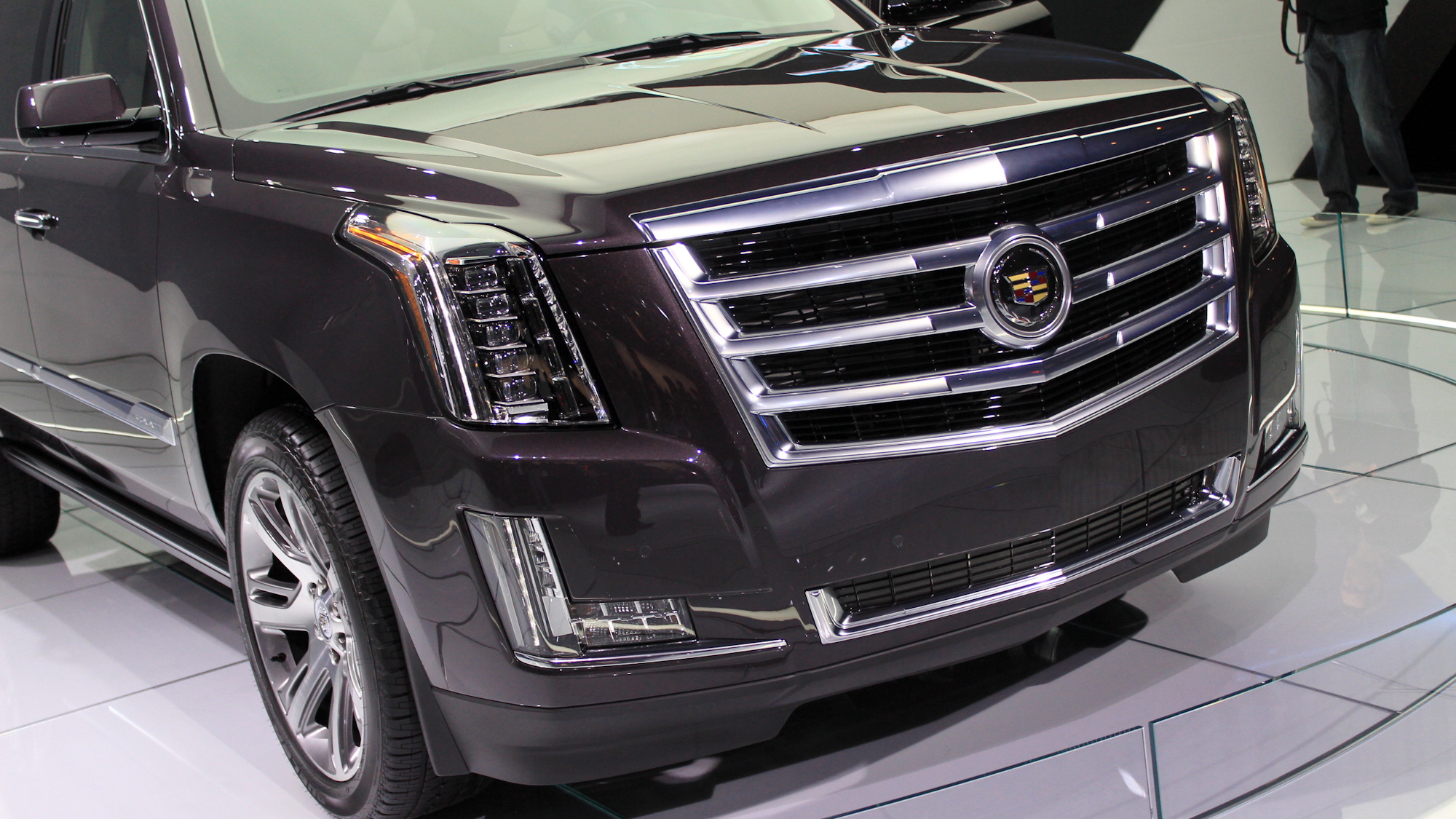 32
photos
Already one of the top choices for luxury SUV buyers who actually use their vehicle for serious work (or serious play), the Cadillac Escalade gets a complete redesign for the 2015 model year, bringing a more powerful and efficient new V-8 engine, a completely revamped exterior, and a more luxurious, spacious interior. Shown today at the 2013 Los Angeles Auto Show, the new Escalade certainly has presence--but will its new looks and proportions win new buyers?

Now entering its fourth generation, the Escalade is Cadillac's flagship SUV, and it's clearly aiming to put the rest of the large luxury SUV world on notice: as with its sedans, Cadillac is gunning for world-class marks.

While production of the new Escalade doesn't begin until next spring, at GM's Arlington, Texas factory, the Escalade's details portend a smart--if not revolutionary--advance on its third-generation model. Both standard and ESV long-wheelbase (14-inches extra wheelbase, 20 inches longer overall) models will be offered; no EXT model with the short pickup-like bed is planned. Rear-wheel drive is once again standard, with all-wheel drive available.

The heart of the new 2015 Escalade is the 6.2-liter V-8 engine shared with the new Chevy Silverado High Country and GMC Sierra Denali, rated at 420 horsepower and 460 pound-feet of torque. Those figures represent a 5 percent rise in horsepower and a 10 percent rise in torque from the previous model. The grille hosts active shutters to reduce drag when less airflow is needed, just as in many other current GM vehicles. Direct injection, cylinder deactivation, and continuously variable valve timing further help enhance gas mileage, though Cadillac hasn't yet revealed estimated EPA figures for the Escalade.

Cadillac says the new Escalade will be capable of towing up to 8,200 pounds when properly configured, thanks to a fully-boxed frame made of 75-percent high-strength steel. A Hydra-Matic six-speed automatic transmission is standard on all models.

The interior of the Escalade is a pride point for GM, having been the first full image of the new SUV teased before its unveiling. Real wood, cut-and-sewn upholstery, sueded accents, ambient lighting, tight tolerances, and triple-sealed doors put a priority on premium fit, finish, and feel. Cadillac clearly wants to advance the perception of true luxury in the new Escalade.

In Tour and Sport models, the 2015 Escalade will come standard with third-generation magneto-rheological dampers, dubbed Magnetic Ride Control by GM. By responding to the road surface and driver inputs every millisecond, the system can fluctuate throughout the damper's range of stiffness and softness to smooth out the ride while, at the same time, improving handling and body control.

Despite keeping the same wheelbases as the previous Escalade (116 inches for standard models, 130 inches for the ESV), Cadillac has managed to open up four additional inches of legroom, a much-needed improvement over the third-generation Escalade. There's also an extra 1.5 inches of headroom in the 2015 model, and the second- and third-row seats now fold flat for better cargo space even when all seats are installed.

Both front and second-row seats are also available with heating and cooling, while models fitted with the optional reclining second-row bench get heated outboard seats. 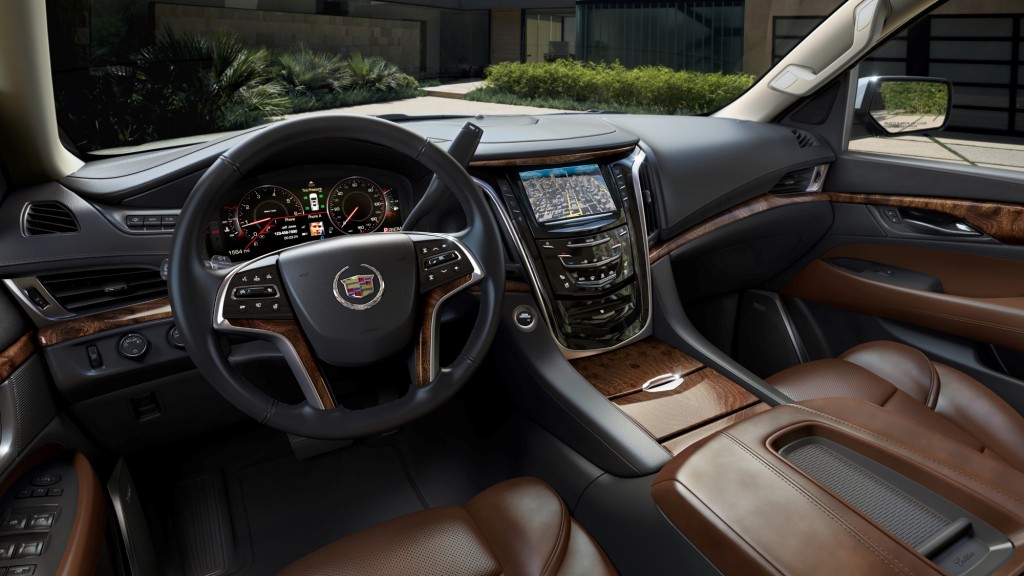 Cadillac's new CUE infotainment sytem finds a home in the new Escalade, bringing with it the capacitive touch, proximity-sensing, swiping-and-tapping control more commonly found in tablets and smartphones. The CUE system is controled through the center stack panel and a large touchscreen display. A 12.3-inch, reconfigurable display serves as the instrument panel, offering further information to the driver, including both infotainment and vehicle information functions. As you'd expect, key communication and infotainment systems can be controlled directly from the steering wheel.

In addition to the entertainment and connectivity features in the new Escalade, the safety side of the tech sheet gets some upgrades, too, including the segment's only front-seat center-mounted airbag, designed to give additional protection to front-seat occupants on the opposite side from the collision in side-impact crashes.

For even more information on the 2015 Cadillac Escalade, visit The Car Connection's preview--and look for our first-drive impressions of the new pinnacle of American luxury utility vehicles soon. 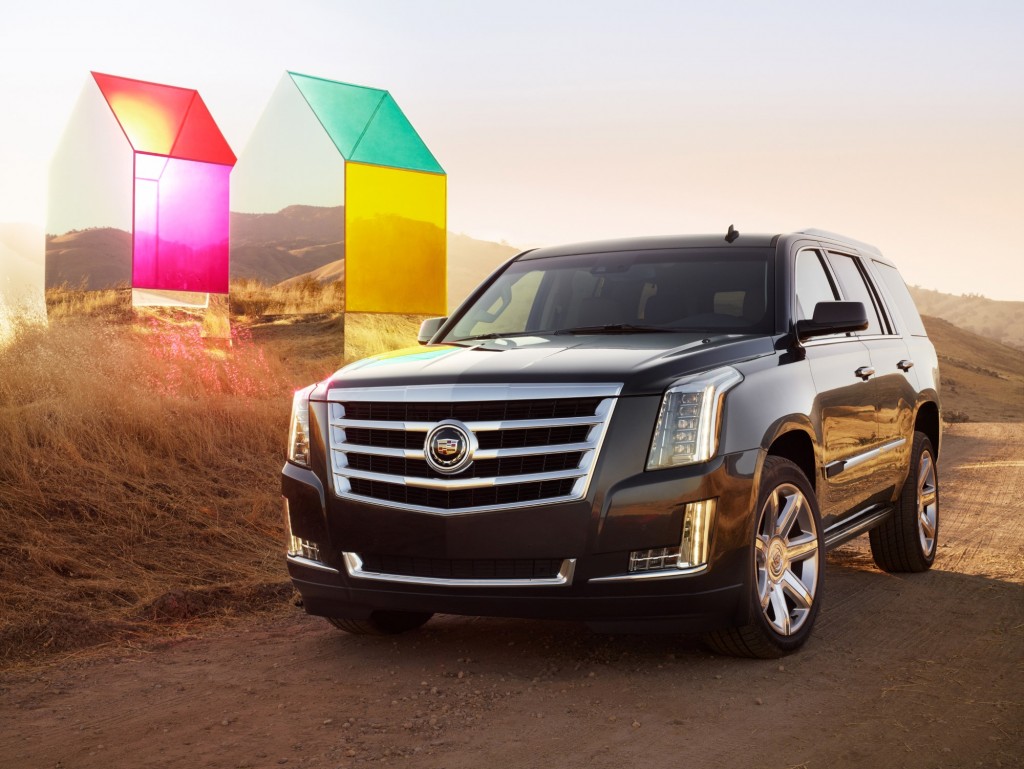