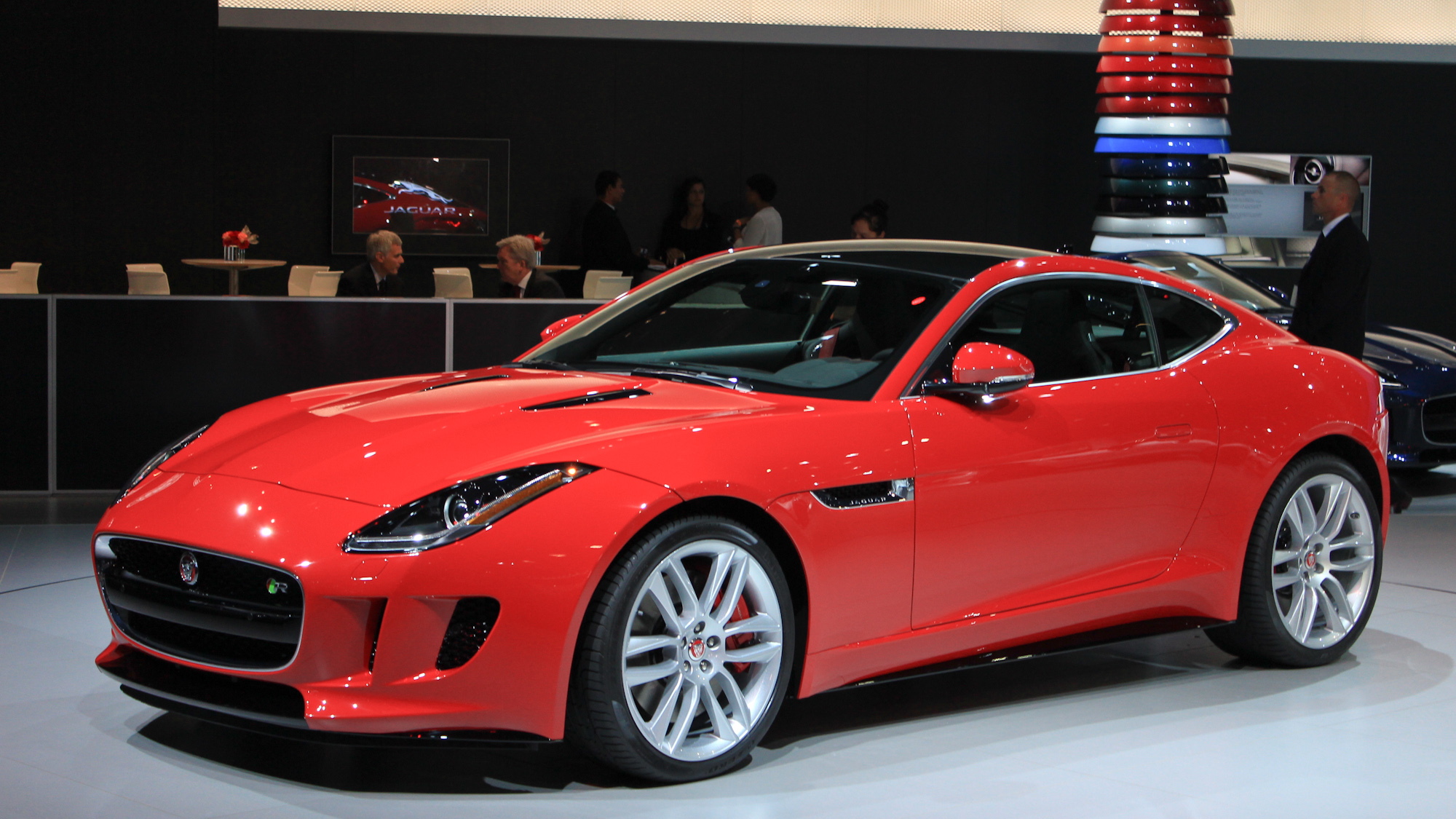 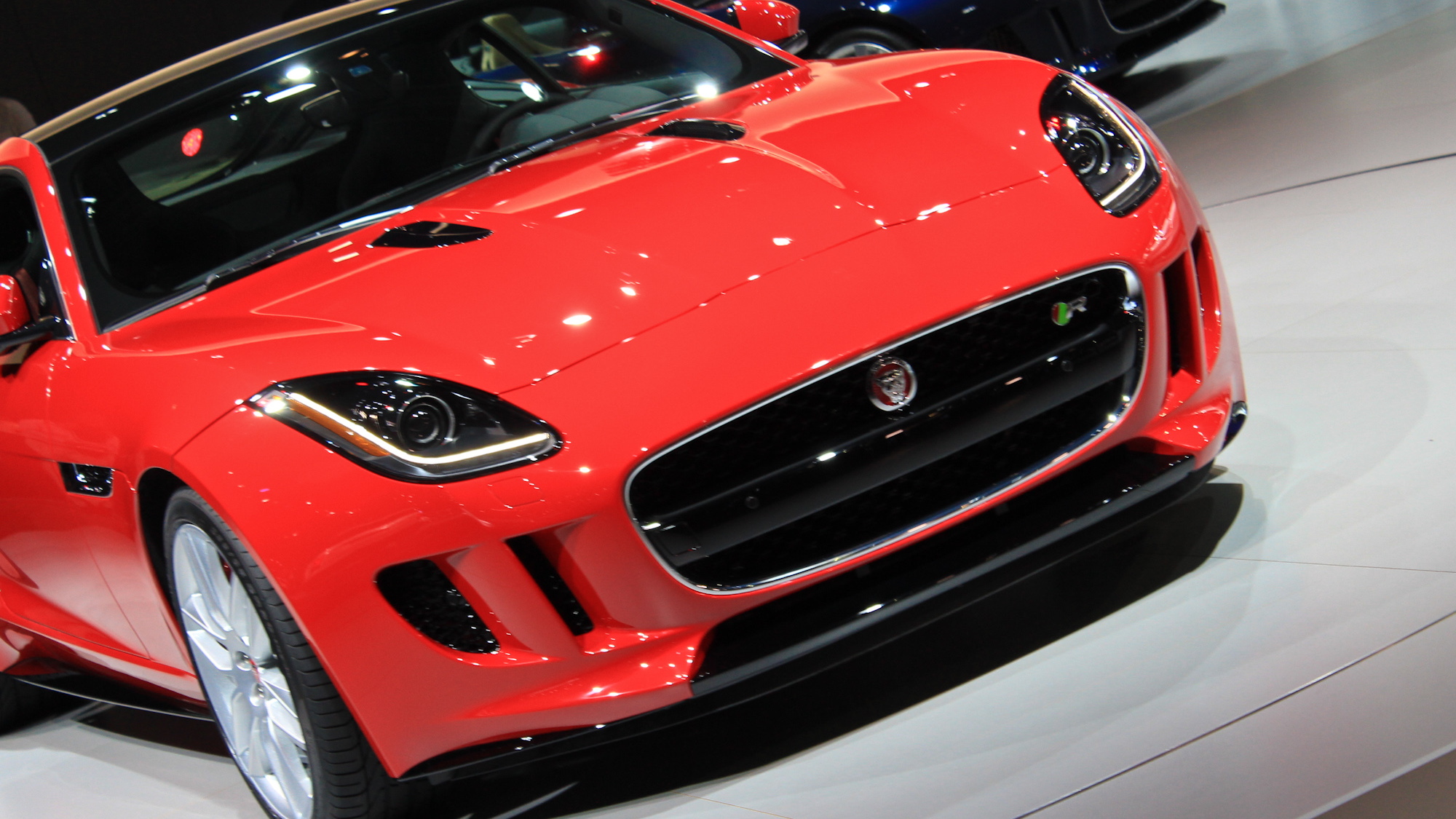 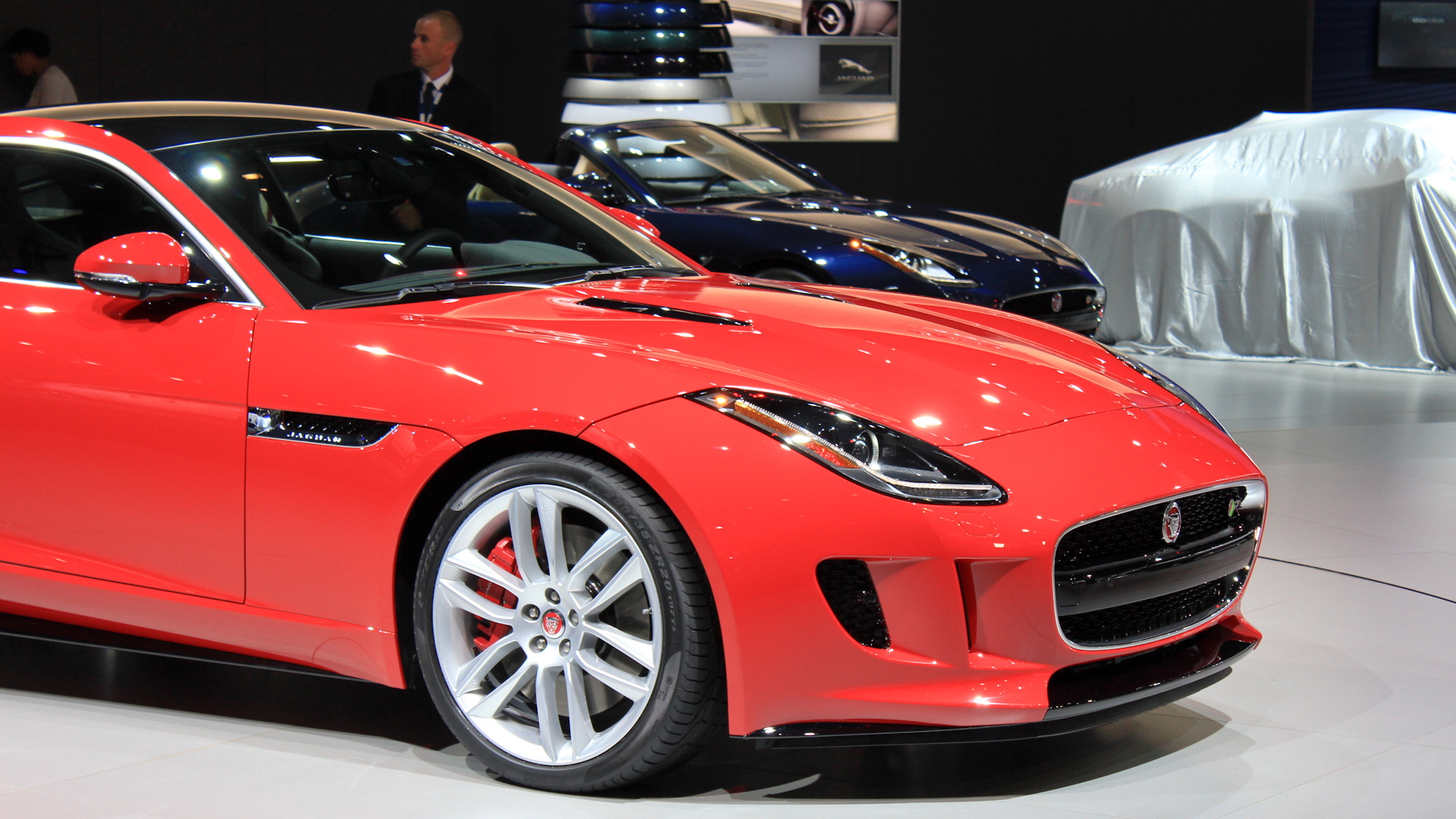 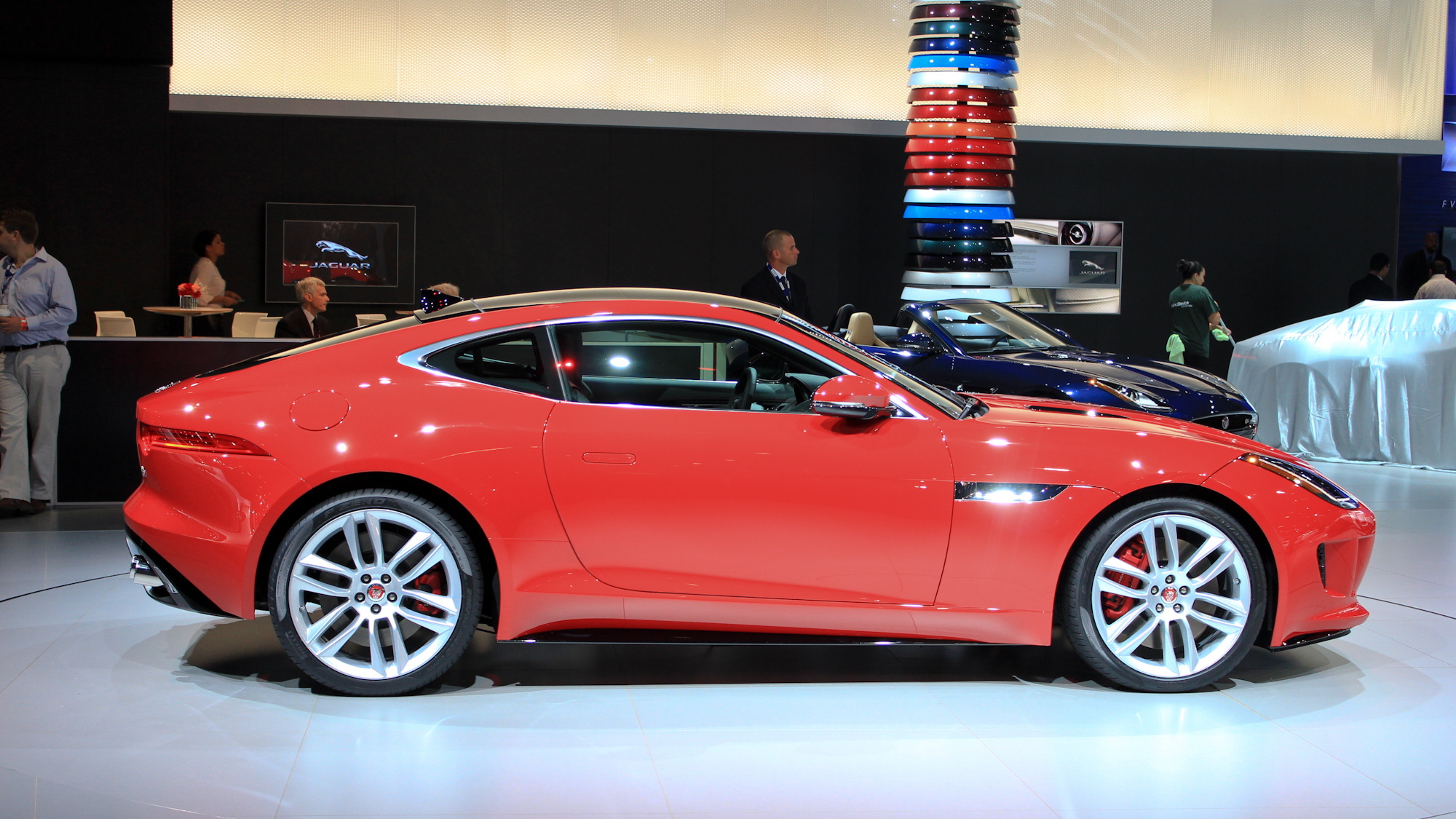 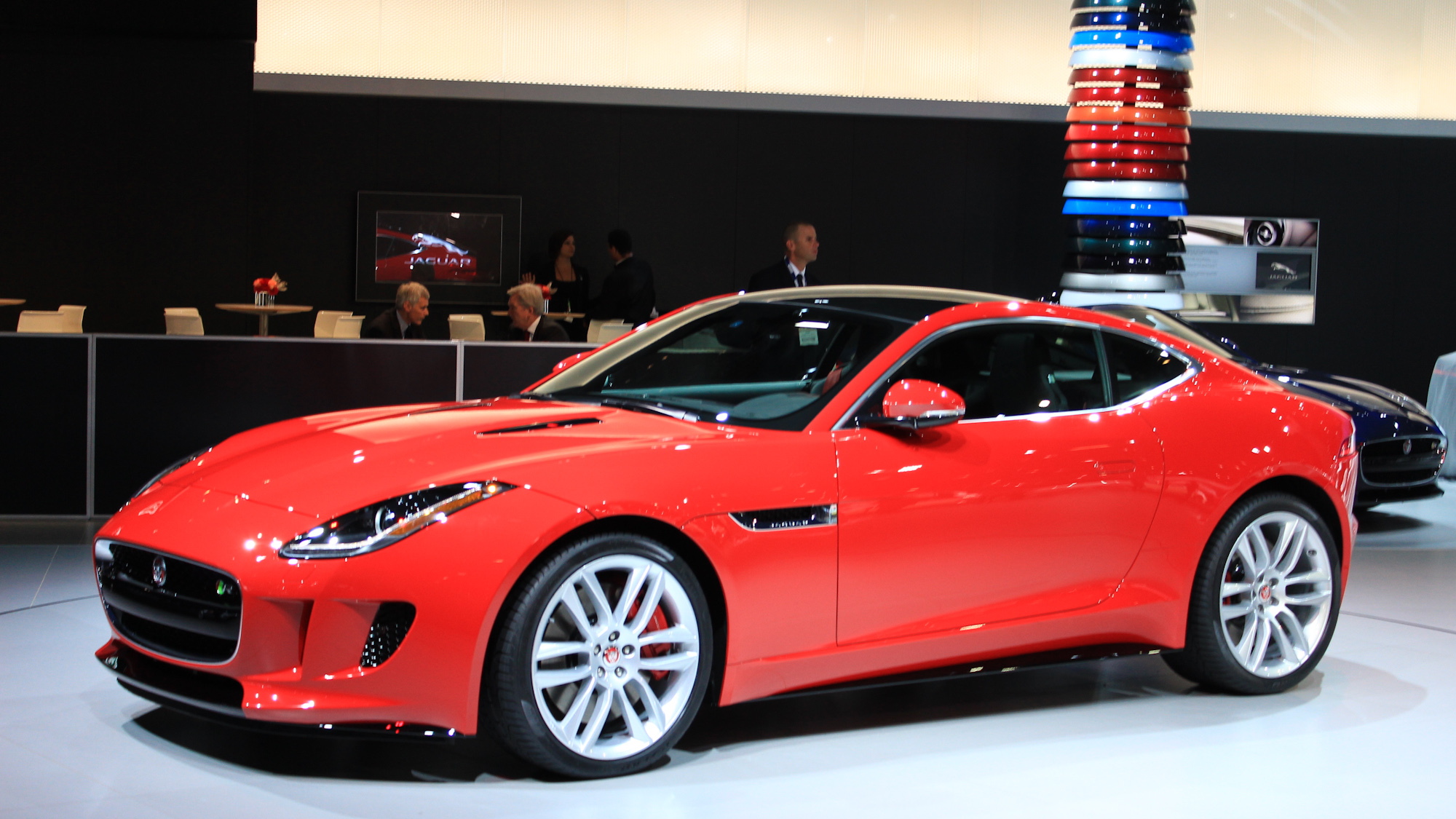 The Jaguar F-Type Coupe has finally come, and it’s the production embodiment of the beautiful C-X16 concept in every way we’d hoped it would be—and then some.

Like its convertible alternative, the F-Type Coupe gets its power from a pair of supercharged V-6 engines and a supercharged V-8, but it gets a little extra spring in its step with the V-8.

Rated at 550 horsepower (55 horsepower more than the F-Type V8 S convertible), the top coupe is called, appropriately, the F-Type R. Thanks to the extra horsepower, the F-Type R hits 60 mph in just 4.0 seconds and carries on to a limited top speed of 186 mph.

The other two engines are the same as found in the convertible, with the base F-Type Coupe scoring 340 horsepower from its 3.0-liter supercharged V-6, and the F-Type S Coupe rated at 380 horsepower. They’re good for 5.1 and 4.8-second runs to 60 mph, respectively, and top speeds of 161 mph and 171 mph. All models use a ZF eight-speed “Quickshift” automatic transmission with paddle shift. A second-generation version of the Electronic Active Differential and a new torque vectoring system aim to further enhance the performance and handling of the 2015 Jaguar F-Type Coupe.

But these raw facts and figures don’t capture the best parts of the F-Type Coupe. Those parts are mostly visual.

And the visuals are fantastic.

According to director of design at Jaguar, Ian Callum, the F-Type Coupe’s look is reflective of the car’s performance mission. “In F-TYPE Coupe, I believe we’ve got it right,” said Callum. “The purity of the C-X16 concept has been retained without compromise; the long bonnet, low roofline and tapering cabin of the F-TYPE Coupe inspires me every time I see it.”

The very nearly identical exterior to the C-X16 concept is undeniable—and very welcome.

Ever since the C-X16’s debut in 2011, we’ve been longing for a production car that shared even the core thesis of the concept’s design. To have the whole thing, in the flesh, nearly unchanged for production, is breathtaking.

Key design elements for the F-Type Coupe include three “heart lines”, beginning with the twin “shark gill” openings flanking the grille, rising up through the headlights and over the front fenders, dropping through the door and disappearing into the rear fender flares. The second starts at the rear of the doors, flowing outward and upward to emphasize the F-Type Coupe’s rear-drive nature, dropping into the tail lamp. The third heart line encompasses the sweeping, elegant roof profile, tapering the roof to sit between the wide, flared haunches, unbroken by any B-pillars.

Otherwise, details are largely identical to those we’re already familiar with in the F-Type convertible. Thanks to the hard top, however, there’s a new choice of either aluminum or glass roof panels, and behind them, a lift gate for access to the rear cargo area. On top of the lift gate, at the rear edge of the car, an active spoiler sits flush at rest, rising automatically at speeds over 70 mph. The spoiler reduces lift at the rear axle by up to 264 pounds, and retracts automatically once speeds are below 50 mph.

In the rear cargo area, Jaguar says there’s plenty of space for two sets of golf bags—likely a key metric in the F-Type Coupe demographic—which means there should also be plenty of space for a weekend’s luggage for two, or, for the more practical-minded, a fair run to the grocery.

Dynamically, the F-Type Coupe is even more rigid than the F-Type convertible, and because of that, it offers a slightly retuned suspension in F-Type R guise; spring rates are up 4.3 percent at the front and 3.7 percent at the rear, while the Adaptive Dynamics software controlling the adaptive dampers is also re-tuned for the F-Type R. The resulting improvements should yield the most impressive F-Type yet.

Better still for the performance enthusiast are the weight savings: the F-Type Coupe is about 50 pounds lighter than the convertible, at least with the V-6 engine (3,477 for the base coupe; 3,514 for the V6 S coupe). The F-Type R claims an identical curb weight to the F-Type V8 S convertible, at 3,671 pounds.More details and live photos of the 2015 Jaguar F-Type Coupe will be coming very soon—stay tuned for more, and don’t miss all of the new cars coming at the 2013 Los Angeles Auto Show.