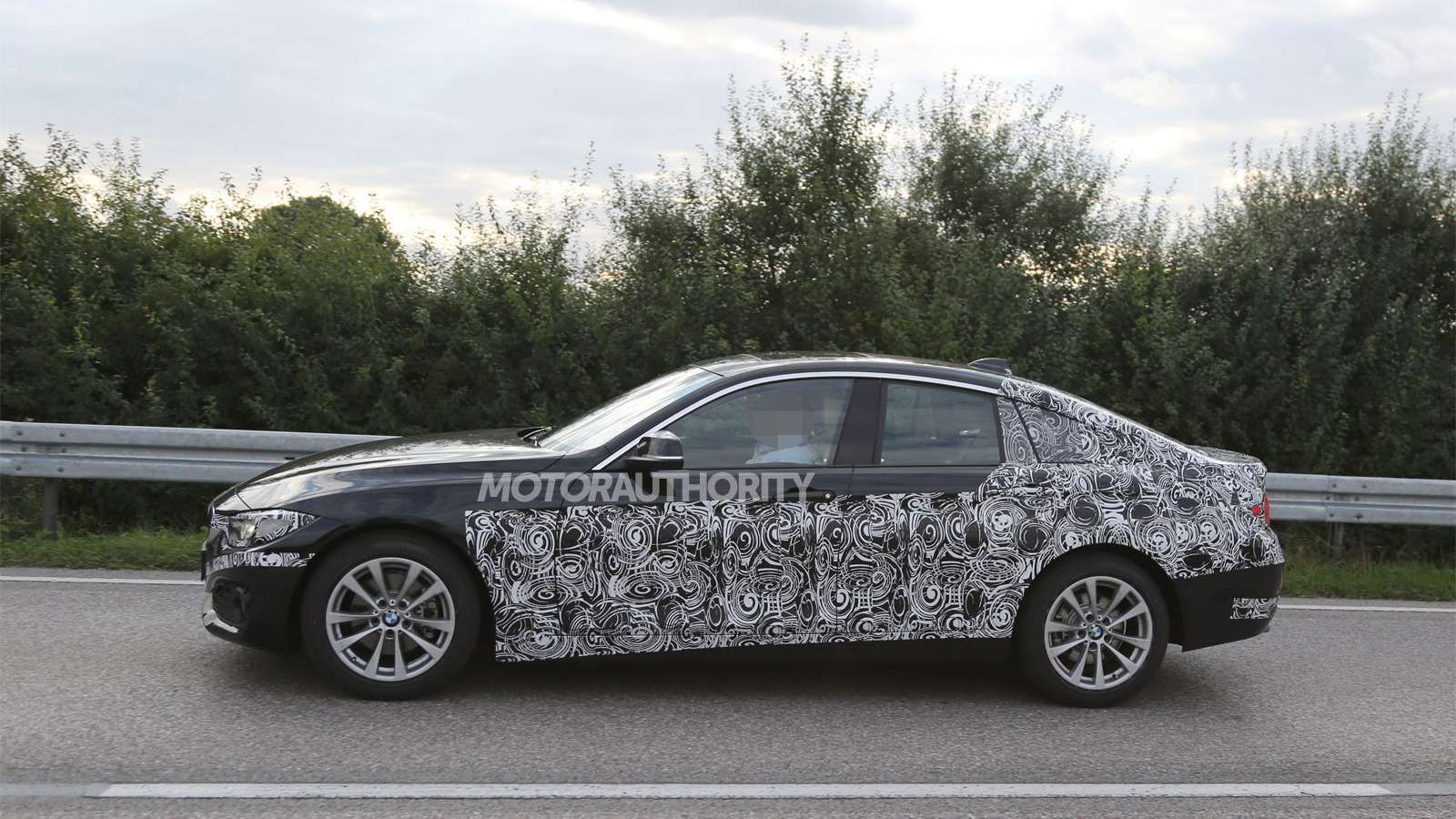 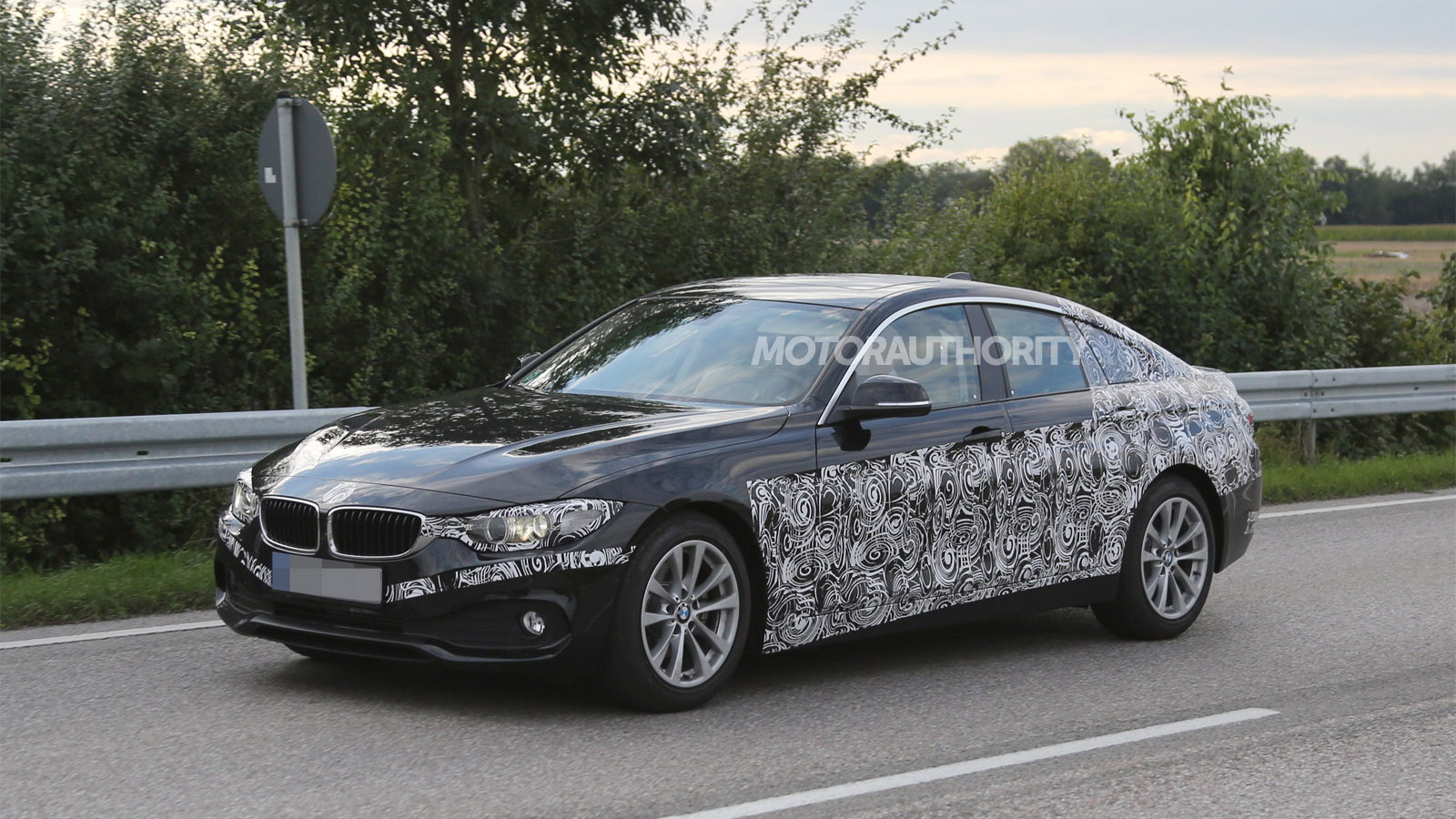 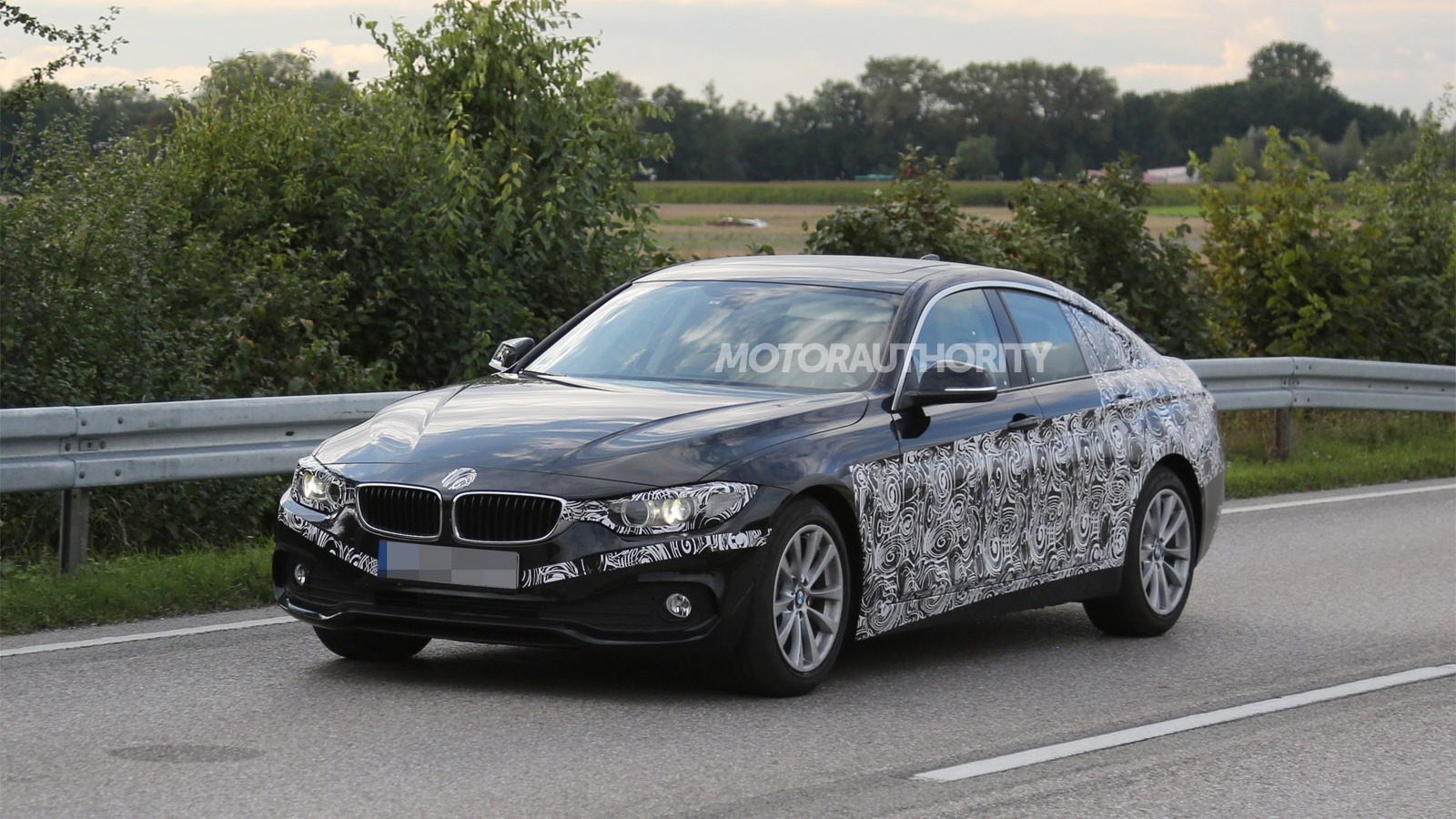 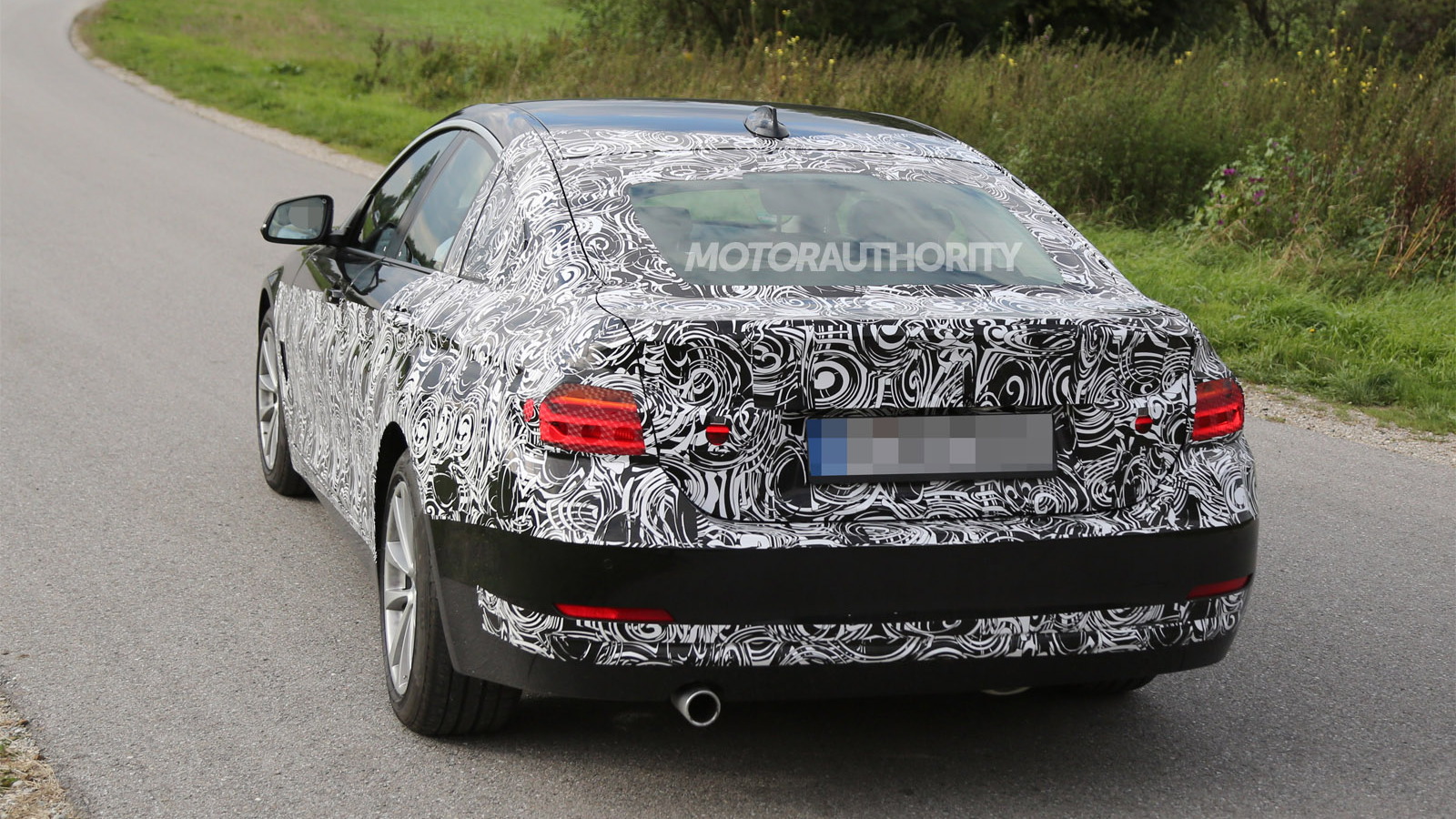 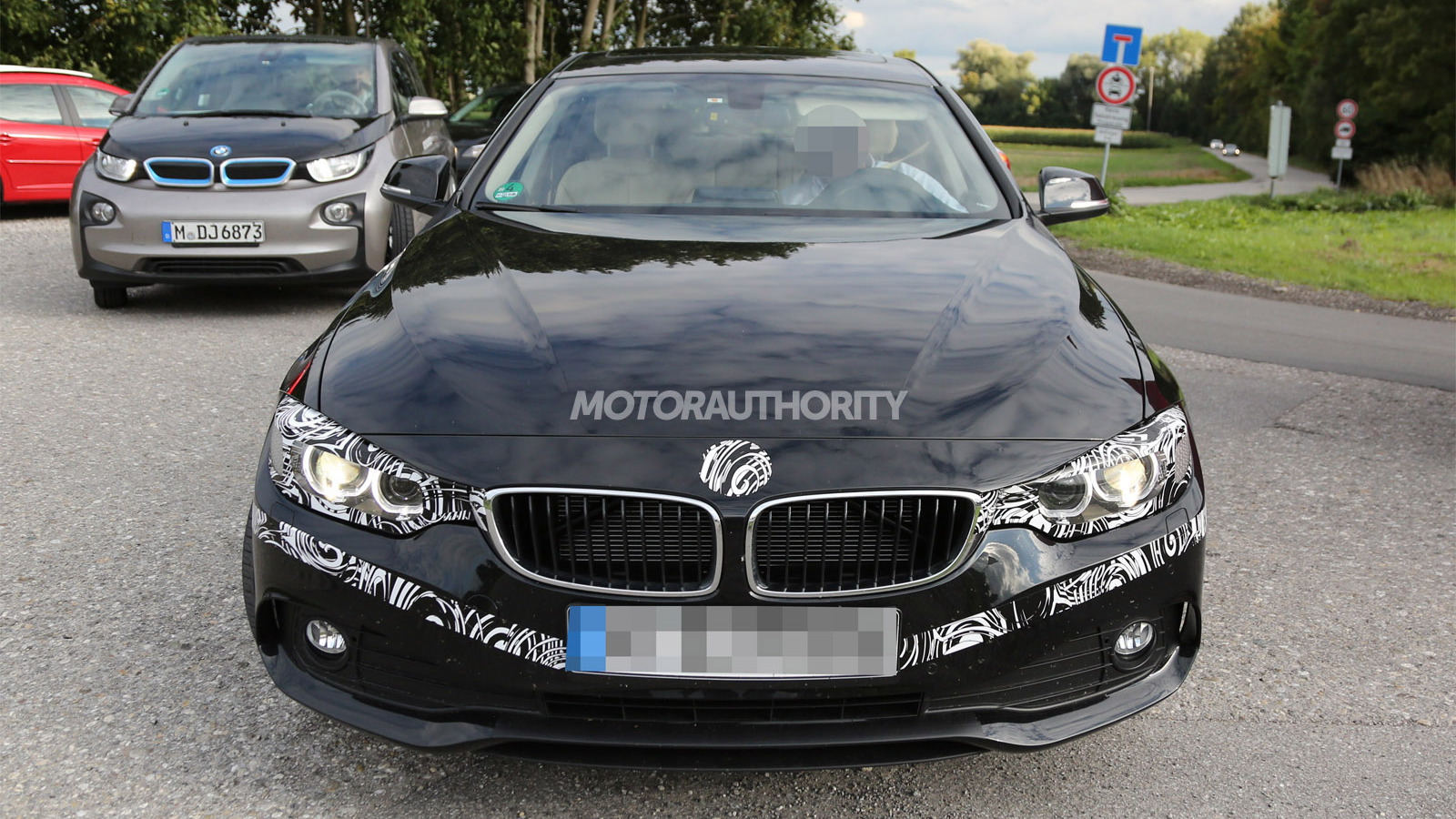 35
photos
There’s a new BMW model out testing, and though it looks a bit like the 3-Series Gran Turismo that we’ve seen and are expecting to be revealed soon, it’s actually an entirely different vehicle. That vehicle is the long-rumored BMW 4-Series Gran Coupe, a four-door coupe based on the latest 3-Series and due in showrooms sometime in 2014 where it will list as a 2015 model.

The latest images, including a glimpse of the interior, show it with the least camouflage yet, revealing a very similar look to the 4-Series Coupe, with the addition of some length and a second set of doors.

The new model’s launch is part of BMW’s aggressive plans to split up the 3-Series and its variants into two separate model lines, with each of the models sharing the same basic platform and powertrain offerings.

Falling into the 3-Series camp will be the more practical and family-oriented models like the regular 3-Series sedan, 3-Series Sports Wagon, X3 SUV and upcoming 3-Series Gran Turismo. The 4-Series line will consist of much more dynamic models such as the 4-Series Coupe, 4-Series Convertible, this 4-Series Gran Coupe and a recently confirmed X4 crossover.

We’ve already seen this kind of model separation with the 5-Series and 6-Series lines, and we’ll also be seeing it with an expansion of the 1-Series and new 2-Series lines in the near future. To confuse matters even further, for many of the models BMW will also launch additional M Performance and dedicated M sports variants.

As for the engine lineup, expect the same 328i and 335i designations from the 3-Series sedan to filter across to the four-door coupe. This means a 240-horsepower 2.0-liter turbo in the 428i Gran Coupe and a 300-horsepower 3.0-liter turbo in the 435i model. Transmission choices should include a standard six-speed manual and optional eight-speed automatic. A high-performance M4 Gran Coupe powered by a turbocharged straight-six engine is also likely.

Below is a gallery comparing the lines of the new 4-Series Gran Coupe with the similar-looking 3-Series Gran Turismo. We can clearly see that the front section is higher on the 3-Series GT and the roofline higher as well. The 3-Series GT also appears longer, but with a shorter trunk lid.