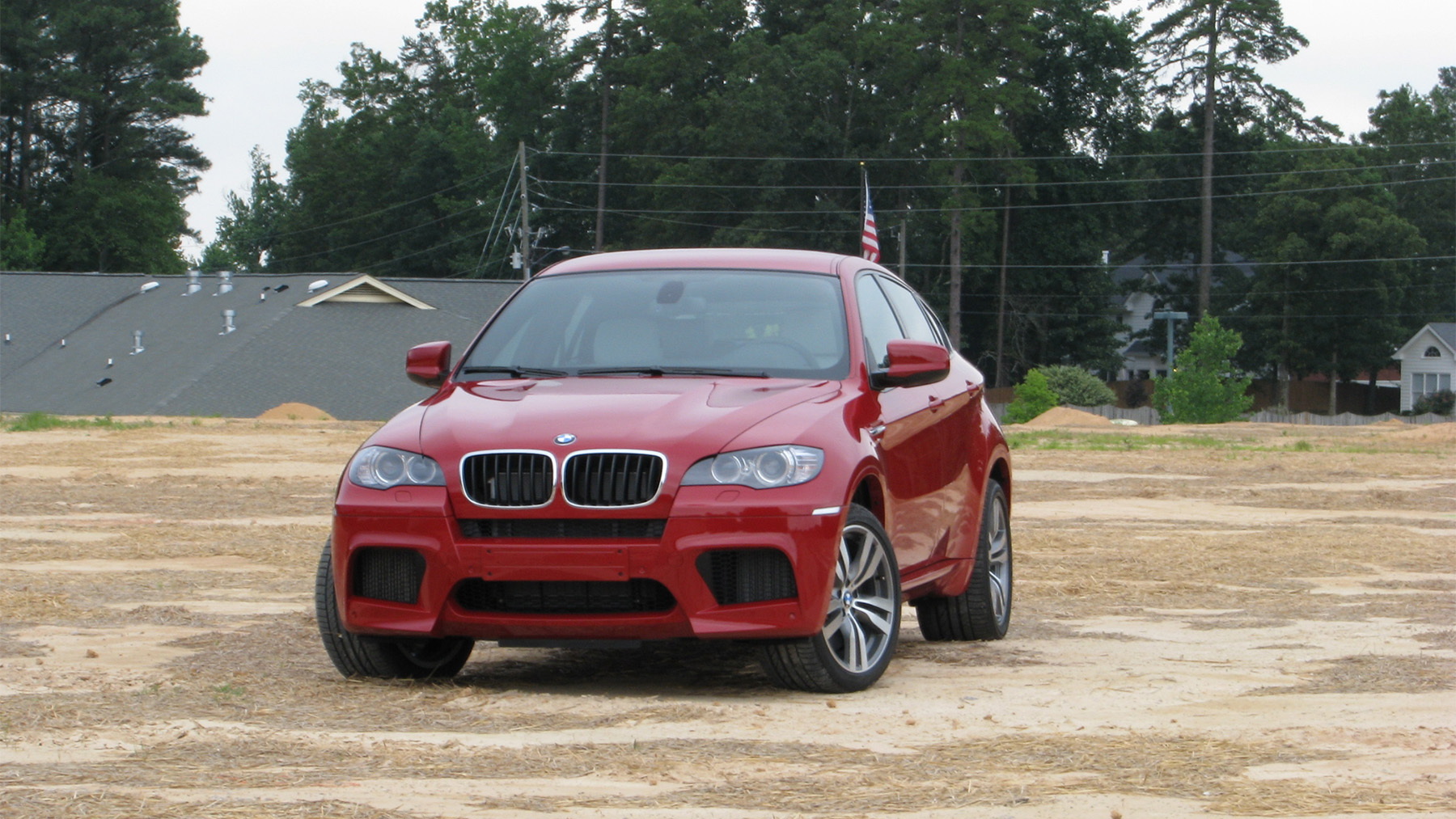 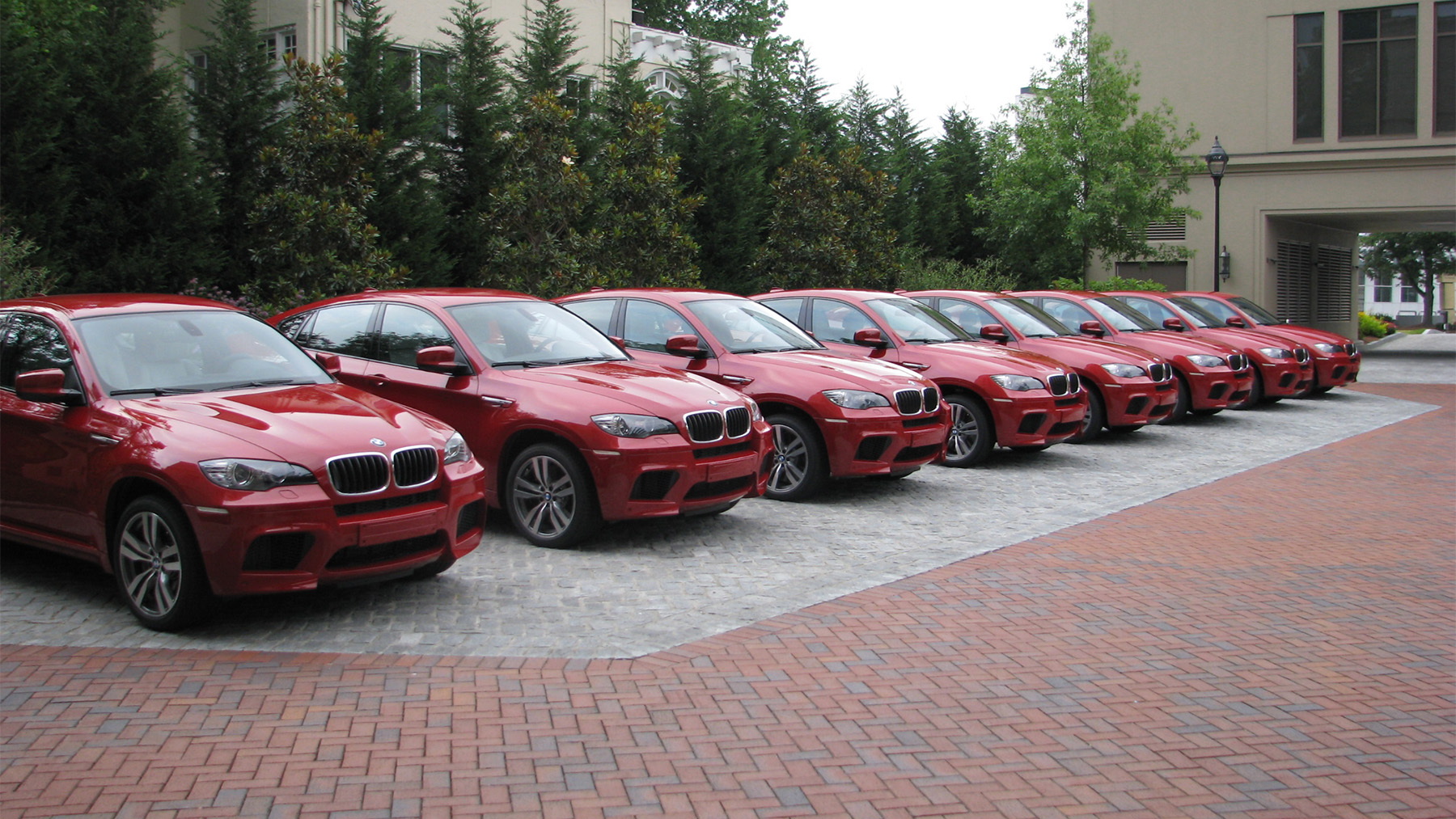 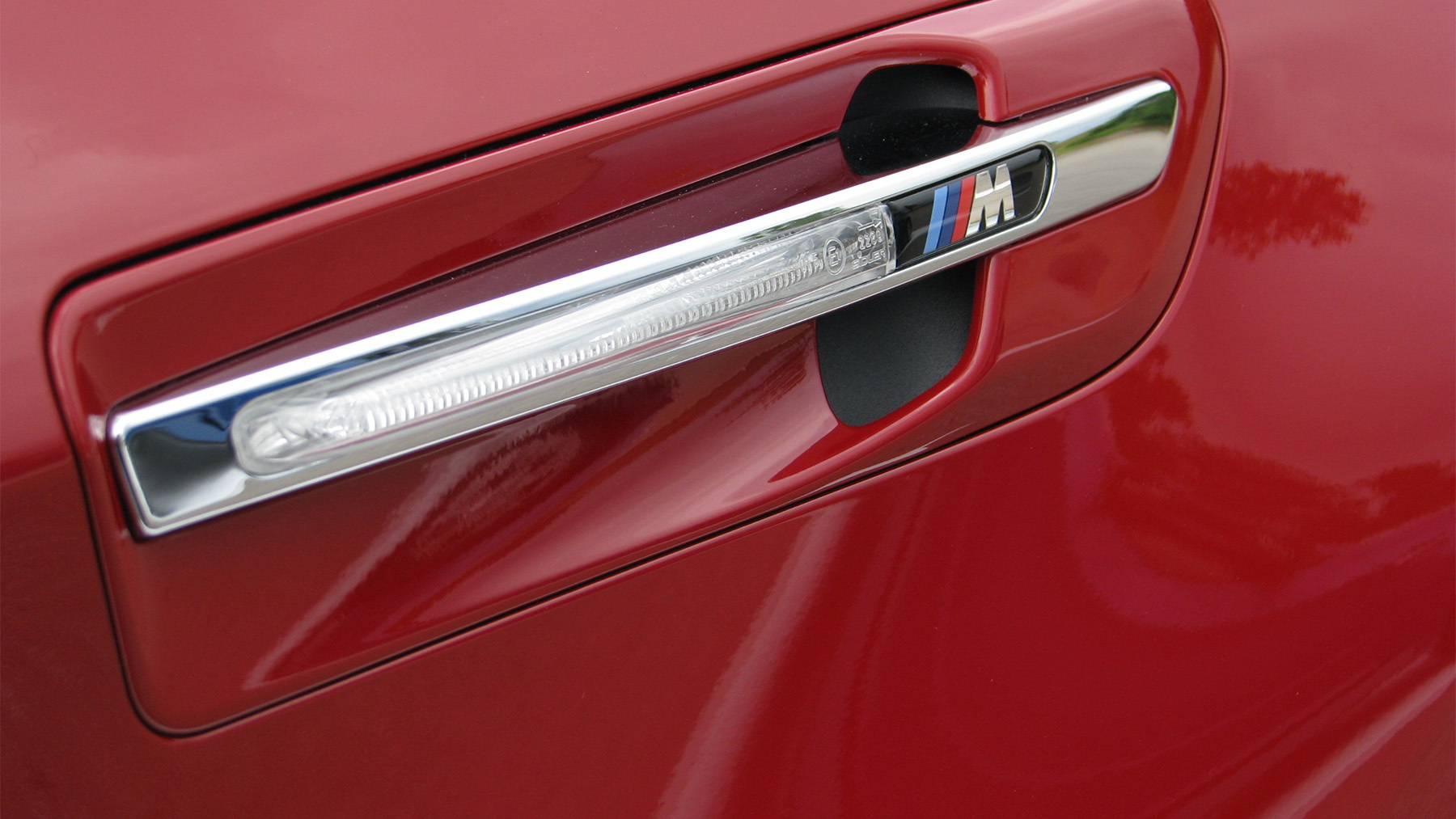 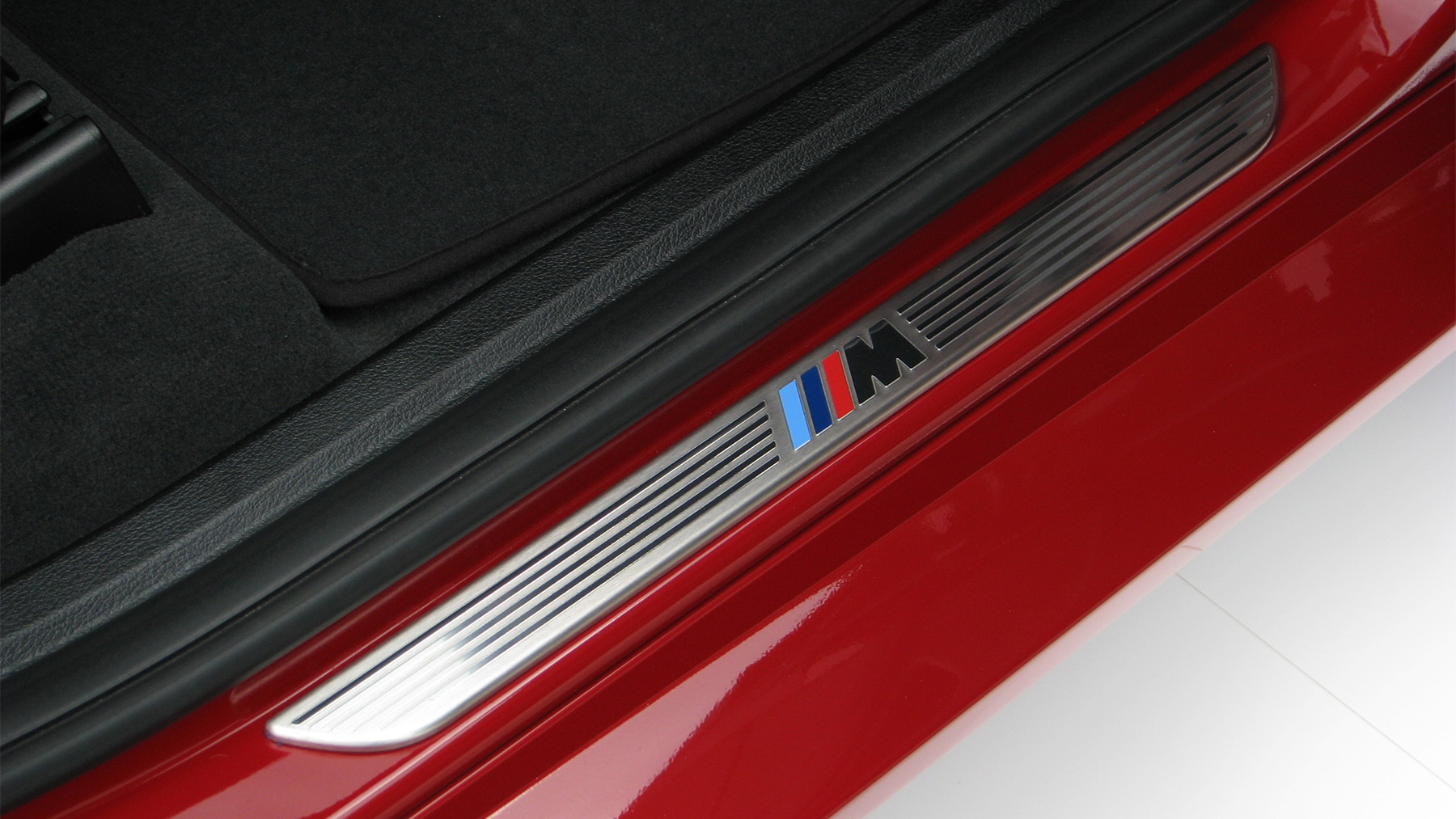 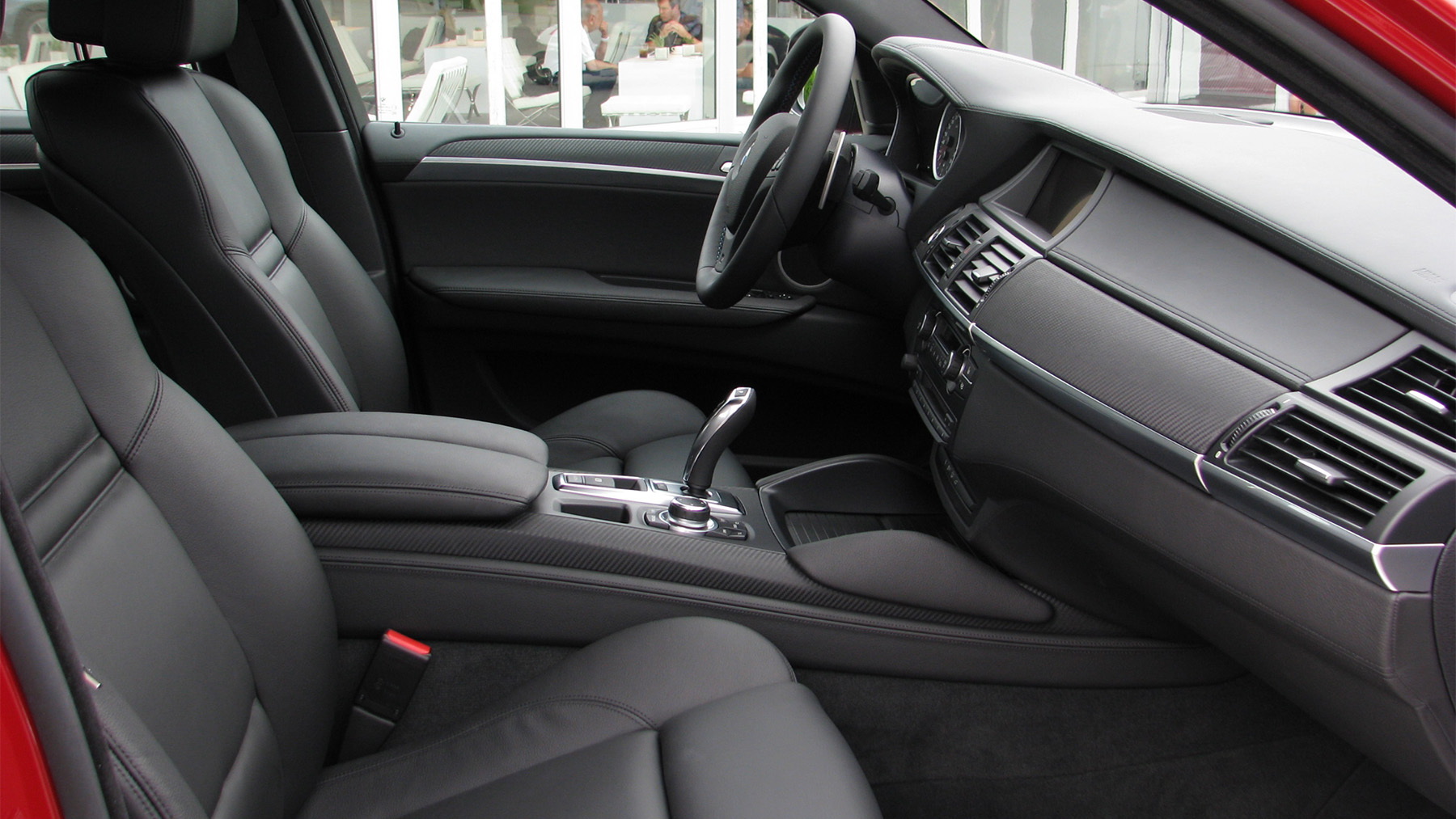 That, in a nutshell, is all you need to know about the X6 M. Our time with the car was limited to just a few hours on the road and 20 laps of Road Atlanta at today's BMW-sponsored press event, but that time has given us a clear image of what the X6 M is - and isn't.

It's an SUV (or SAV - Sport Activity Vehicle, according to BMW) that you can actually take to the track and not only safely negotiate the corners with but actually have fun exploring the outer limits of the chassis, brakes and tires. And those limits are very high indeed - with a solid exit from turn 7 there's a real possibility of seeing the vehicle's electronically limited top speed of 155mph (250km/h).

At speed, the car seems to shrink around you, contrary to its large street presence. Turn-in rewards good technique - crisp and precise if you're off the brakes, but tending toward understeer with trail braking. Get back on the throttle at the apex and you can steer with your right foot - assuming you've switched off traction control - with the car sending at least 60% of its power to the rear wheels, and a full 100% at speeds over 111.8mph (180km/h).

Straightaways flash by in a blink with the 555hp (408kW) twin-turbo V8 screaming to its 7,000rpm redline without once running out of breath - a trait it owes to its unique cross-tuned manifold and twin-turbo setup. Stand on the four-piston, 15in brakes and the 275/40/20 front and 315/35/20 rear tires will perform miracles of deceleration with confidence-inspiring feedback.

Behind the wheel, the X6 M not only feels small, it feels almost - almost - light. It certainly doesn't feel like a 5,300lb behemoth. Steering is light but offers decent feedback, the brake pedal is firm with a long stroke and the accelerator is responsive but never jerky, even at low speeds. For many drivers the X6 M's six-speed automatic transmission will either be a draw or a sore spot, but in practice the unit does admirably in automatic mode, though to extract the most from the vehicle, you'll need to tap the wheel-mounted paddles yourself.

Take a step back from the heady rush of the track, and the X6 M begins to raise some questions. The first: who would buy this? It is, after all, a four-seater, four-door SUV/crossover with an understandably portly curb weight. Inside, the M is even more luxurious and well-appointed than the standard X6, with stitched leather and carbon-fiber-like materials throughout the cabin.

The vehicle is intended to be a sort of automotive Swiss Army knife, capable of doing it all, but like the cutlery, in the end, it doesn't really do any of them as well as a specialist tool. And that's traditionally what the M Division has made - scalpels, not Swiss Army knives.

That said, it is a very pleasing and fun track-day toy, and even though the average X6 M owner will likely never see a closed course, it's the possibility that will entice many. Just as most SUVs will never leave the comfort of paved suburbia, so too is the X6 M as much about potential as it is about practice.

Driving the standard X6 from Road Atlanta to Spartanburg after our time with the X6 M was somewhat anti-climactic, but it served to highlight the comfort, ease of driving and perfectly capable acceleration of the standard V8 vehicle. Driven back to back on the city streets, the differences between the standard and M versions might not be readily apparent to the average driver, though the M's aggressive exterior leaves no doubt as to which is which.

Perhaps BMW's own engineers summed the X6 M up best at the press conference when they compared it to a sunny spot in a sea of gloomy news, brought in to brighten up the automotive world when it needs it most. And that it certainly does. The question is whether its on-track potential will translate into real-world sales at its $89,725 price point - but we'll have to wait at least until sales start in October to learn if the M Division has hit all the right marks with its latest sport-activity sports car.