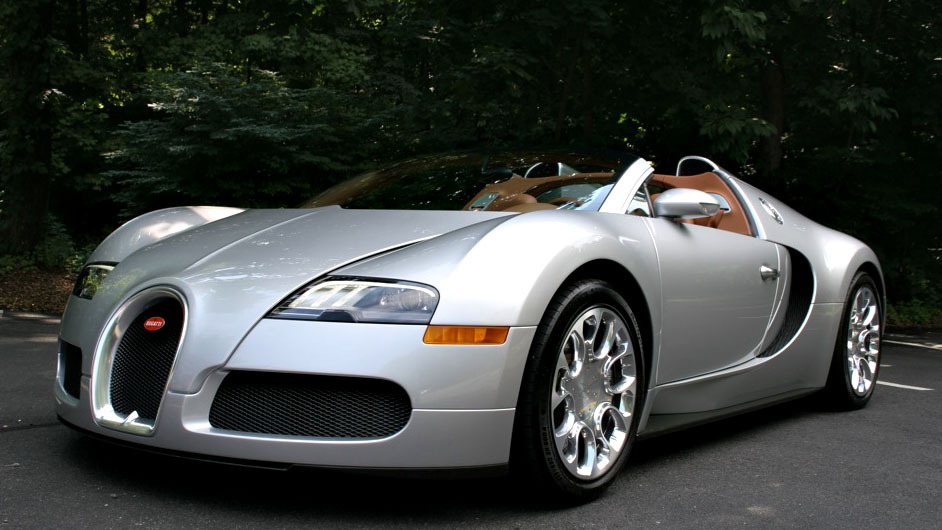 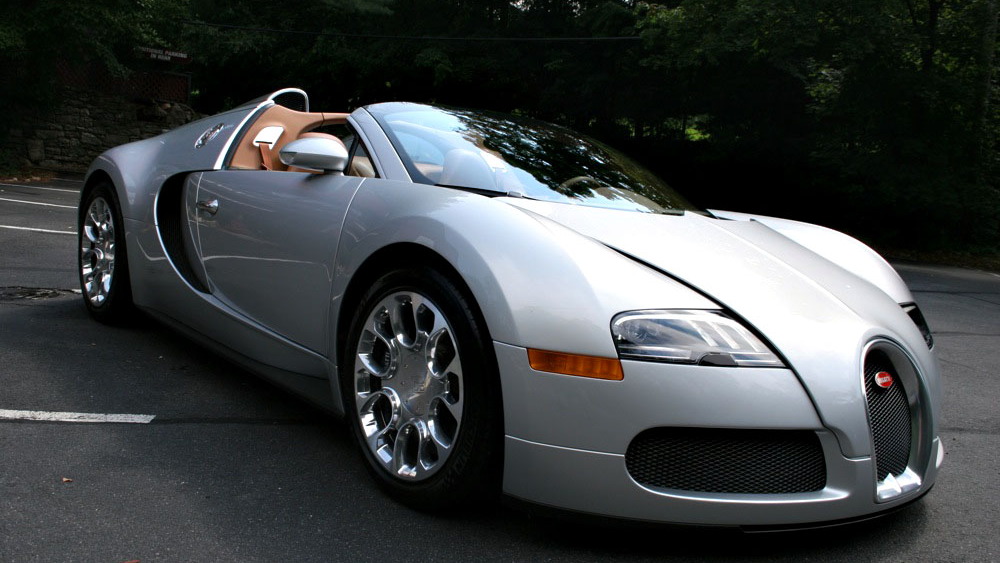 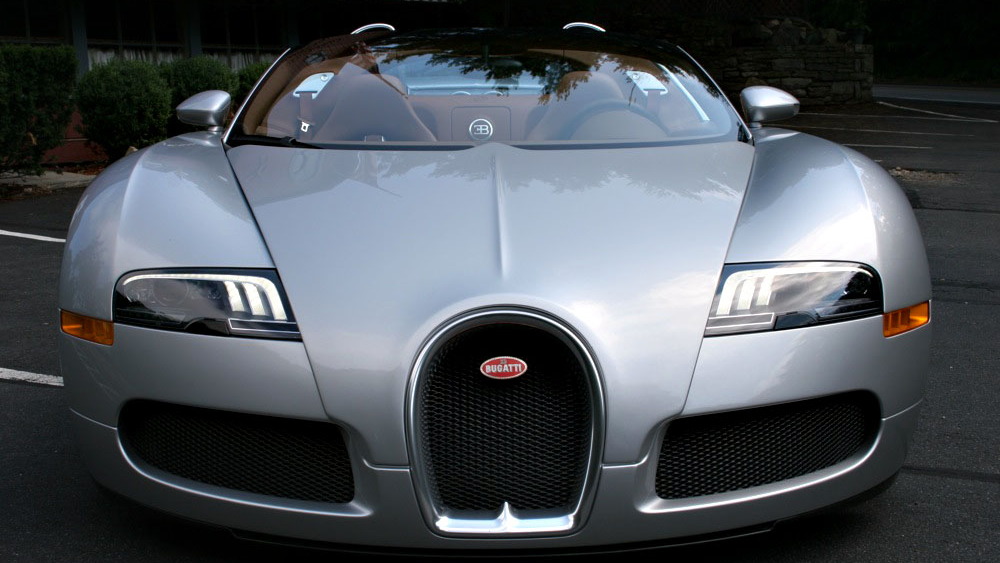 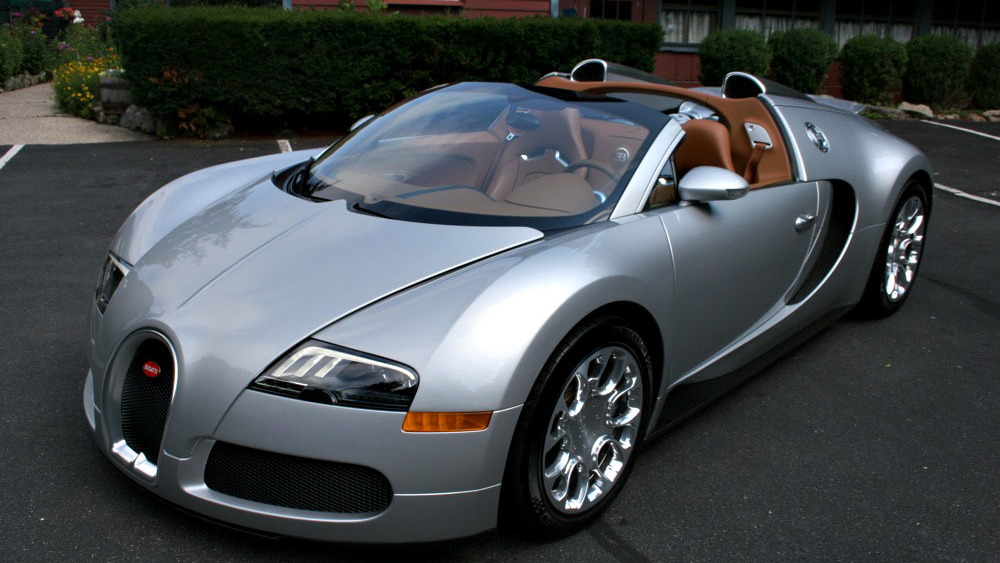 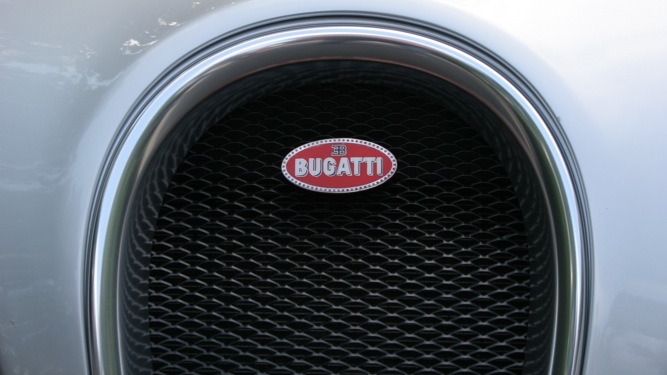 At 253 miles per hour, an eerie calm settles in. The whuffling behind your ears dims its din, the flapping wastegates of four turbochargers are unanimous in their openness, and the ensuring white noise filters out everything but the sound of your own atria defibrillating as you stare at the single burning point of a speedo needle buried deeply in the gauge.

At least, that’s what we think happens at 253 mph. Our drive in the 253-mph-capable Bugatti Veyron 16.4 Grand Sport didn’t come within 150 mph of that target. I blame a lot of things: the Merritt Parkway traffic, Connecticut police and their Borg humorlessness, but mostly, my chicken-shittedness at pushing the envelope in a $2 million, one of a kind, not my car but definitely my insurance, kind of car.

Now, if the $1.4 million Veyron 16.4 coupe didn’t do it for you, you’re excused. This Veyron, the $2 million targa Grand Sport, is obviously what you really wanted. In lopping the lid off its almost priceless two-door, Bugatti has at once extended the Veyron’s lifespan (it’s been around simply forever, since 2005 even) and has given the world and the VW Group yet another special way to convince sheiks and Google barons that they need the planet’s most capable and envy-inspiring machine since the Gulfstream IV they turned in last week (on a Gulfstream V, natch).

Bugatti—graciously in our words, maybe unwittingly in yours—turned over the keys to Motor Authority for a few hours, and gave us a human in the process too. His name is John Hill, and he’s the man charged with selling Bugattis in the U.S. If you don’t have his phone number, you probably don’t have at least $200 million in your money-market account anymore—and that’s what you need to even apply to own a Veyron. It’s Bugatti’s own poverty line. It’s exclusive as hell and it’s awesome, if you’re into rampant consumerism like we are.

From turn one out of the local Bugatti dealer, we realized this is totally a zip code we could really, really grow to love. Hill fired up the silver-painted, buff-leathered Bug for a three-hour tour of the lovely hillsides around Ann Coulter’s neighborhood, which is not like Mr. Rogers’ neighborhood. Sure, they have the trains running around, but instead of King Friday they have a hot little viper queen who favors black cocktail dresses instead of cardigans and venomous satire over innocent jingles. There’s a Pottery Barn too. It’s nice.

In case you’re wondering, this ‘hood is Greenwich, Fairfield County, one of the priciest places in the U.S. Sadly, it’s not a place to exercise 987 horsepower to any reasonable degree. There are cops and slow drivers, tourists, New York commuters, lots of train tracks and random school-bus stops, not to mention bajillion-dollar houses set flat up on the shoulder of the road. With this car, on this day, what we could do, gingerly, was take a quick lesson from Hill, promise to return him undamaged to his wife and kids, and punch the Veyron Grand Sport to life when we had good sight lines.

You have to plan ahead for moments like those. The enormous potential hidden amidship behind your head—okay, hidden is a strong word, since the proudly-stamped “16.4” manifold covers are laid out there in the open like certain parts of non-neutered dogs—demands constant attention. This is, after all, the fastest roadgoing car on the face of the earth, and difficult to drive fast while also balancing the need for a future career in your head.

If you’re brave, or if you’re on a controlled track with a 767-length runway, or if you’re one of a lucky set of Bugatti owners flown to Europe to drive their cars at 400 kilometers per hour (the “400 Club”—don’t worry, Pat Robertson is okay with it), you can pounce on the 60-mph mark in 2.5 seconds, cruise to 223 mph with the top off, keep going as the car lowers itself for a top-speed run, and proceed past 223 mph if the car doesn’t detect any radical steering or body maneuvers that spell trouble, and if said top is in place. You could also perform your own appendectomy if you’re so brave. Go ahead. We dare you. If you opt for the 253-mph top-end run, you’ll have to have the targa top in place (otherwise, you’ll have to leave it at home and risk the kids using it as a laptop desk, since there’s no storage for it in the car), and you’ll need the special key that permits you to mimic Patrick Stewart at his geek-moistening best when you gesture and intone, “Engage.”

Astonishing hardly describes the force of the Bugatti’s will, once you step into the throttle. Hill advises giving Honda Accords a little distance on the parkway before I mash the gas. It’s good advice: I slow to about 25 mph, look for police front and back, and THEN WHOA WE’RE THERE, reading license-plate information (“hey, I see you’re from Fairfield County”) and hoovering up enough road grit to make some homemade sandpaper with neighborhood felon Martha Stewart. Better yet, I discover, are the Bugatti’s big-ass carbon-ceramic brakes. They’ll drop you like an Ali hook, from 60 mph in less time than the accel run, so in theory you could do one of those 0-60-0 mph dashes that are sure to spill some of the Dunkin’ Donuts coffee you got at the last exit. There are no cupholders, you know.

Do that three or four times and see if you don’t feel your license being removed from your wallet by the cops, then by the courts.

Later you can sit and watch, still shaking, in a tavern parking lot while the Veyron keeps its rear spoiler stuck in the air like a stinkbug as its turbos cool down, and while your frayed nerves reweave themselves. Then, you can head for the Shell station, because the Veyron quaffs premium unleaded at an 8-mpg rate, though you can coax 18 mpg from it in more usual Connecticut driving. Spin class. Ikea runs. You know what we’re talking about.

After an hour of slingshotting around Greenwich, you’re bound to get tired of the gawks, the stares and the rude questions you get from other drivers (“that’s not really yours, now, is it?”). When I hit my limit, I steered Hill and the magical $2 million superhappyfuntoy back to its temporary home at Miller Motorcars in Greenwich. Drive by sometime, if you’re ready to be unhappy with your station in life. See Bentley Continentals line up like taxicabs at LaGuardia. Listen as the ripe metallic exhaust of Aston Vanquishes shreds the low hum of interest accruing and Presbyterians emerging from their morning cardio workouts.

I’m resting more easily, now that the final chance to scrape the Veyron’s front spoiler is past. With one last glance at the Grand Sport’s well-heeled curves, carbon-fiber additions and LED running lights, this MotorAuthority.com mission has become a little more surreal. I’ve just been driving and contemplating owning a $2 million anything that doesn’t come with acreage. After these past few hours, there’s little doubt that the Veyron is an exquisite bauble for the very thinnest levels of the social atmosphere—the place where a Honda Civic-sized two-seater with no luggage space but the ultimate bloodline is a third, or fourth, or sixteenth car.

It all comes into focus in a small black patch on the transmission tunnel—the heart of the Veyron. It’s a space for a cell phone that does some very un-Honda-like things. Plug in your Blackberry and your Veyron is connected to the world of Bugatti. Turn off the key and it transmits an unseen string of code to Bugatti headquarters, relating how far you’ve just driven, at what speeds, where you are in the world, and if there’s any detectable way to measure the slightest thing going wrong with your Veyron. If there is an issue, it gives you the equivalent of a millionaire lifeline: your own personal Bugatti representative calls you to arrange for a service appointment. It’s all very 2001: A Space Odyssey, if HAL had French and Italian parents and acted more like the butler on The Nanny instead of creeping us right out.

For now, and maybe forever, the Veyron and Grand Sport are the ultimate cars. Period. It’s hard to imagine any car company attempting a run on the Veyron’s shattering performance or nearing its regal sticker price. We hear Bugatti soon will show some of its best clients and dealers a new four-door car that uses Veyron basics to breed a world-uplifting sedan so far beyond the pale, that Bentley Arnages and Rolls Phantoms and, indeed, Porsche Panameras, will weep oil spontaneously in observance.

What will today’s Bugatti owner think of that?