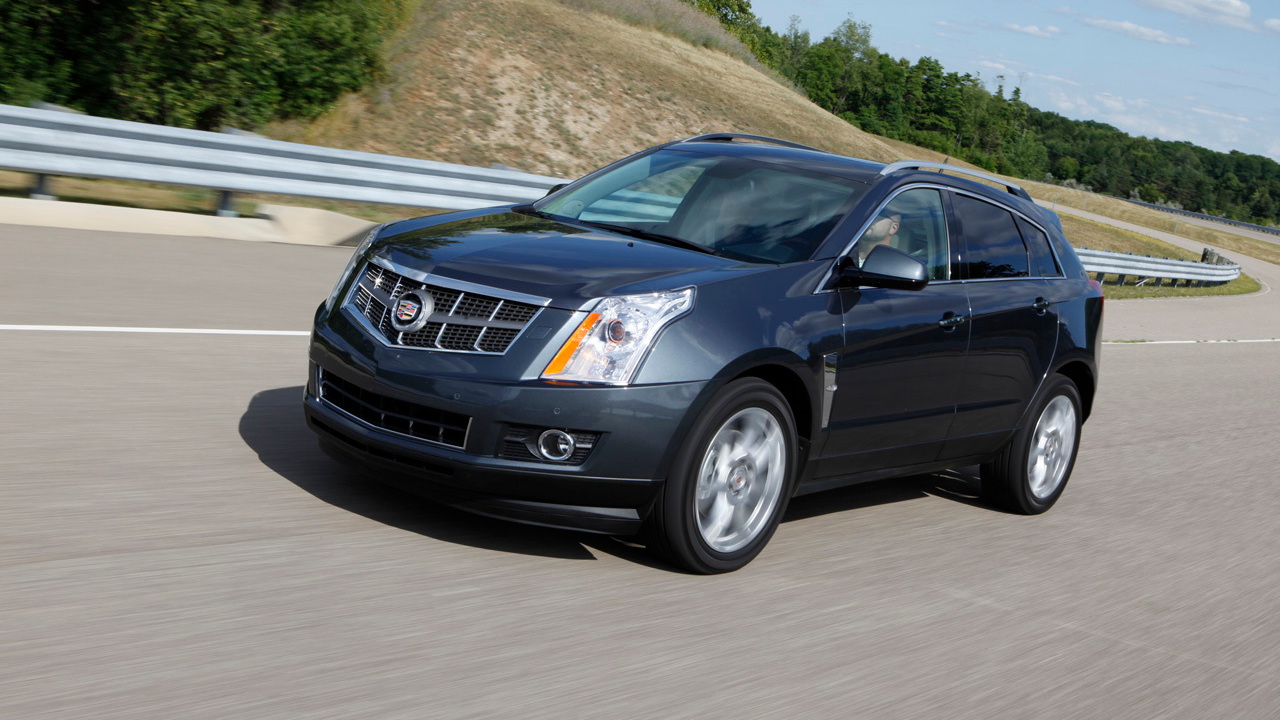 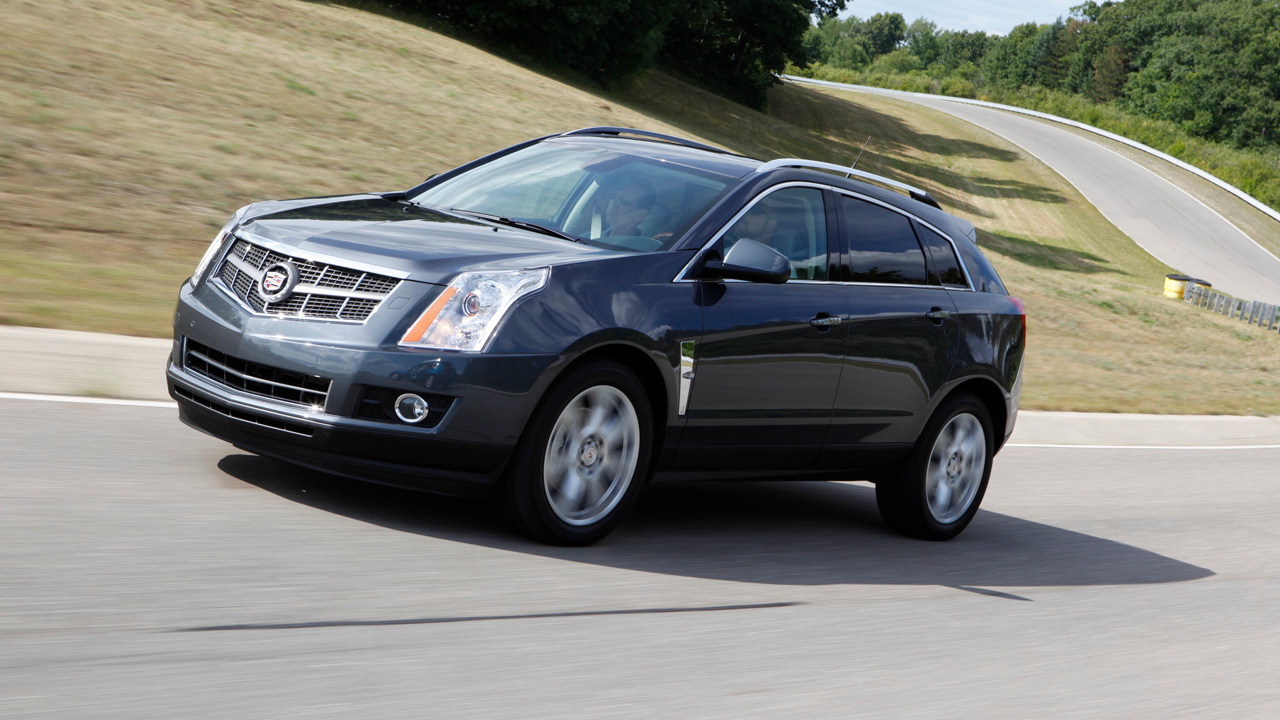 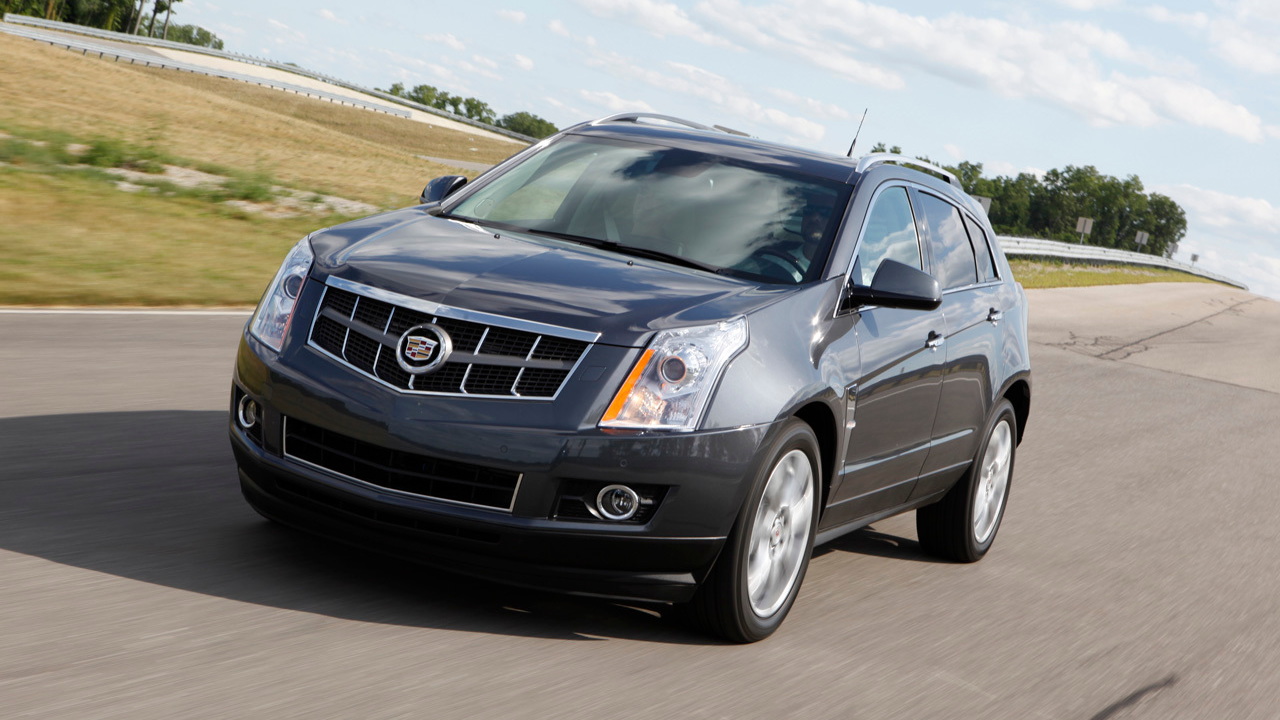 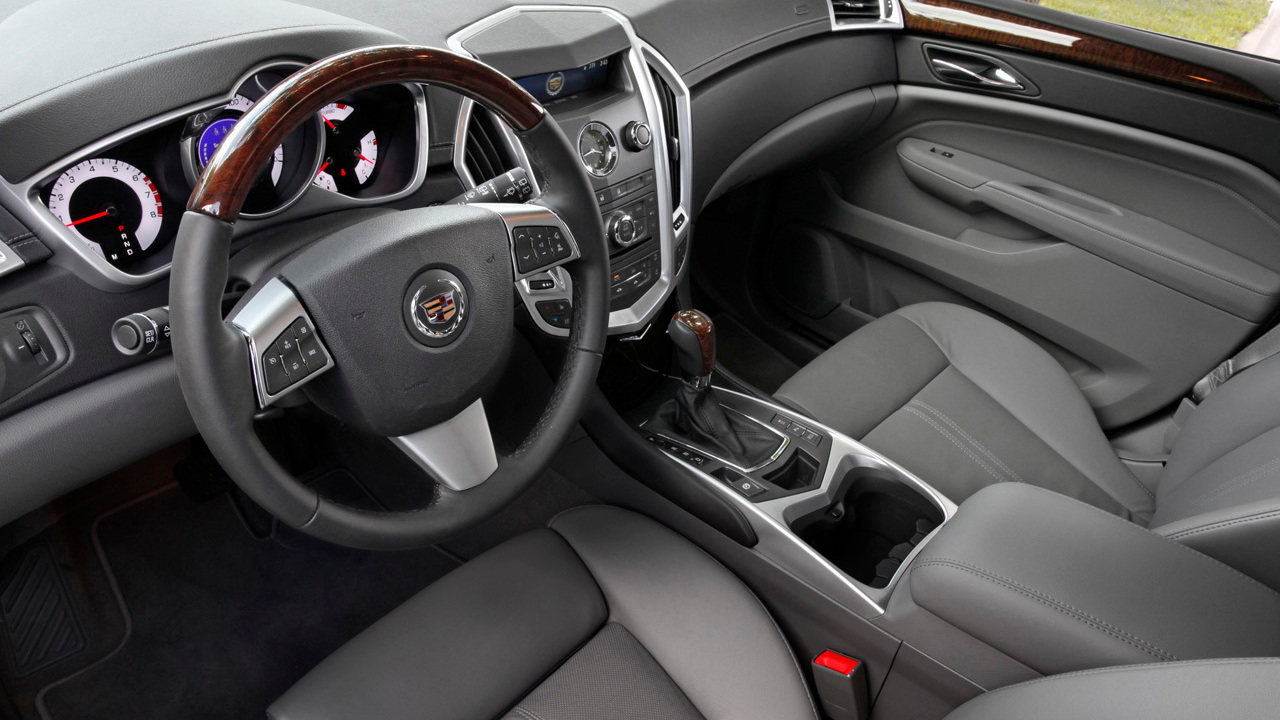 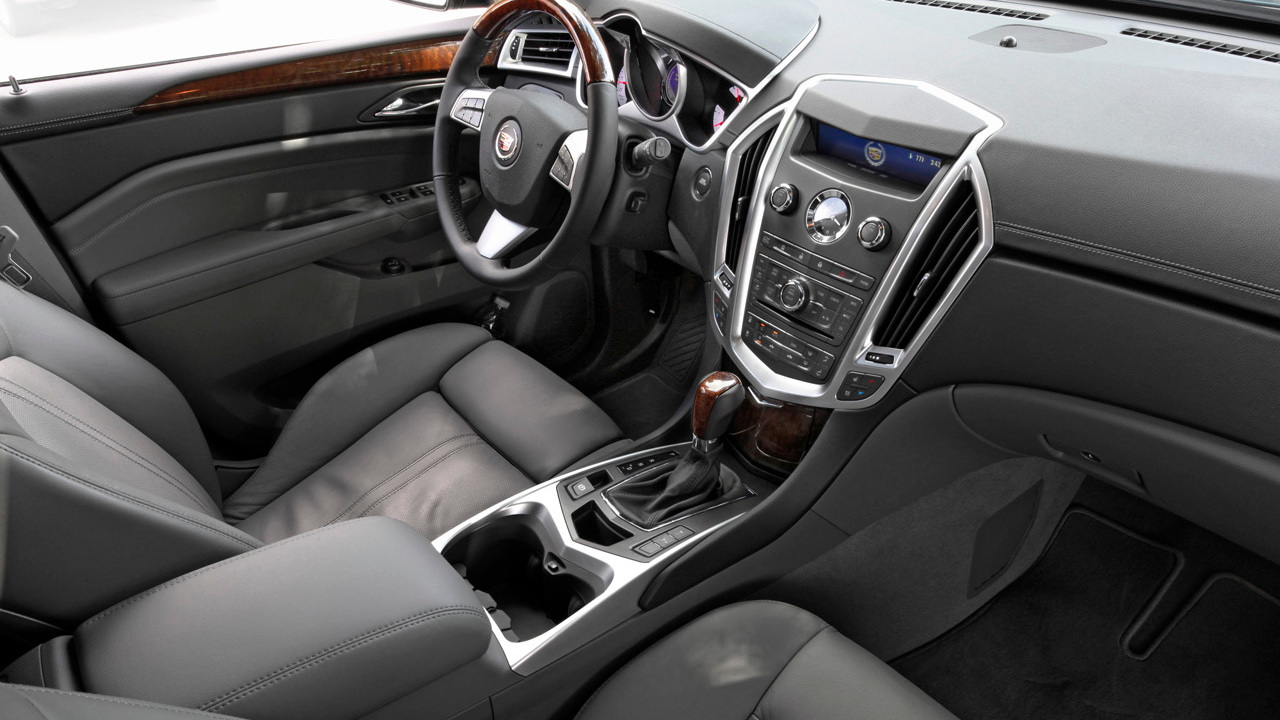 20
photos
On the far corners of GM's Milford proving grounds, you see lots of streaks broken. Rubber streaks, left behind by test Corvettes and Camaros running off in ways you don't want to imagine. And as he shuttles a new 2010 Cadillac SRX Turbo in the wake of greatness, our GM test driver explains his last black mark on the track--a braking loss at 147 mph.

It ended without drama, but it made us all the more anxious to take the wheel of the latest SRX, a turbocharged version of the new crossover Cadillac puts in showrooms in October. While stock SRX crossovers get a direct-injected 3.0-liter V-6 with 265 horsepower, the 2010 SRX Turbo sidles up to the stop sign on the GM proving grounds with a full 300 horsepower, 221 pound-feet of torque, and a slightly smaller displacement of 2.8 liters. All said and done, and coupled to a six-speed automatic transmission, the stock 2010 SRX hits 60 mph from a standstill in about 8.5 seconds and consumes unleaded gas at a rate of 18/25 mpg. The turbo version? Cadillac estimates 0-60 mph times drop to the mid-7-second range with the new engine.

What we notice first, around the tight turns that corkscrew into rural Michigan woods, is the engine's lack of a distinct turbo whistle or wastegate noise. Boosted engines customarily whistle while they work, but this turbo V-6 damps out the distinction from the non-turbo V-6. It's just faster--and with a much flatter torque curve, it's a steady pull forward that will feel familiar to those of you who've driven the VW/Audi turbocharged engines.

The 2010 SRX offers only six-speed automatics, but with the turbo version, there are some driver-selectable tweaks to be made. The CTS' paddle shifters are nowhere to be found, but the SRX Turbo automatic offers a Sport mode that holds gears longer and tightens steering and shift points, and an Eco mode that remaps the throttle and cues quicker upshifts to conserve fuel. In Eco mode, engineers report a 1-mpg increase in fuel economy, though since the EPA averages the Eco mode with steady-state driving, the Turbo's fuel economy ratings are still rated at 16/23 mpg. That's still competitive with the Audi Q5, Benz GLK and BMW X3, none of which comes close to the SRX Turbo's power output. The SRX Turbo also tows 3,500 pounds.

The drivetrain is the only difference from other normally-aspirated, all-wheel-drive SRXs. The Turbo version shares the Haldex all-wheel-drive system, "FE3" suspension settings and Continuous Damping Control (CDC) with the most expensive non-turbo SRXs. CDC is like the driver-selectable system in the Audi Q5; it's not perfect and gives the steering and ride some "digital" quality, but there's no doubting its smooth, composed ride and clean, responsive steering at speed.In fact, the 2010 SRX has some of the best steering and ride feel in this class, more like a sports sedan than a kludgy crossover like, oh, say, the Lexus RX350.

Our objections with any of the 2010 Cadillac SRX crossovers are few. If you don't care for its highly stylized shape and wide-ranging use of metallic plastic inside, you're out of luck--and you're in a minority. Pricing is appropriately rich, for better or worse. The SRX Turbo runs just under $50,000, essentially $3000 more than a well-optioned, non-turbo SRX. At least there are precious few boxes to tick on the order form; once you've selected the all-wheel-drive SRX, you opt for the turbo engine, then add on chrome wheels, heated seats and an entertainment system if you like. A $55,000 sticker price is within easy reach.

And still, the 2010 Cadillac SRX is among our favorites in this class. It's a glitzy good-looker, ranking with the more sophisticated Audi Q5 in this department. It feels better than the other Germans, and handles with more authority than the XC60.

Is it truly the tops in its class? Stay tuned for a deeper dive into the SRX as Motor Authority pits it against the Q5 and other challengers.

Cruise the High Gear Media network! Click over to TheCarConnection for experts reviews of every new vehicle; MotorAuthority for luxury and performance-car news, reviews, and spy shots; GreenCarReports for news and reviews of the latest earth-friendly cars; and CelebsandCars to see how the stars roll.