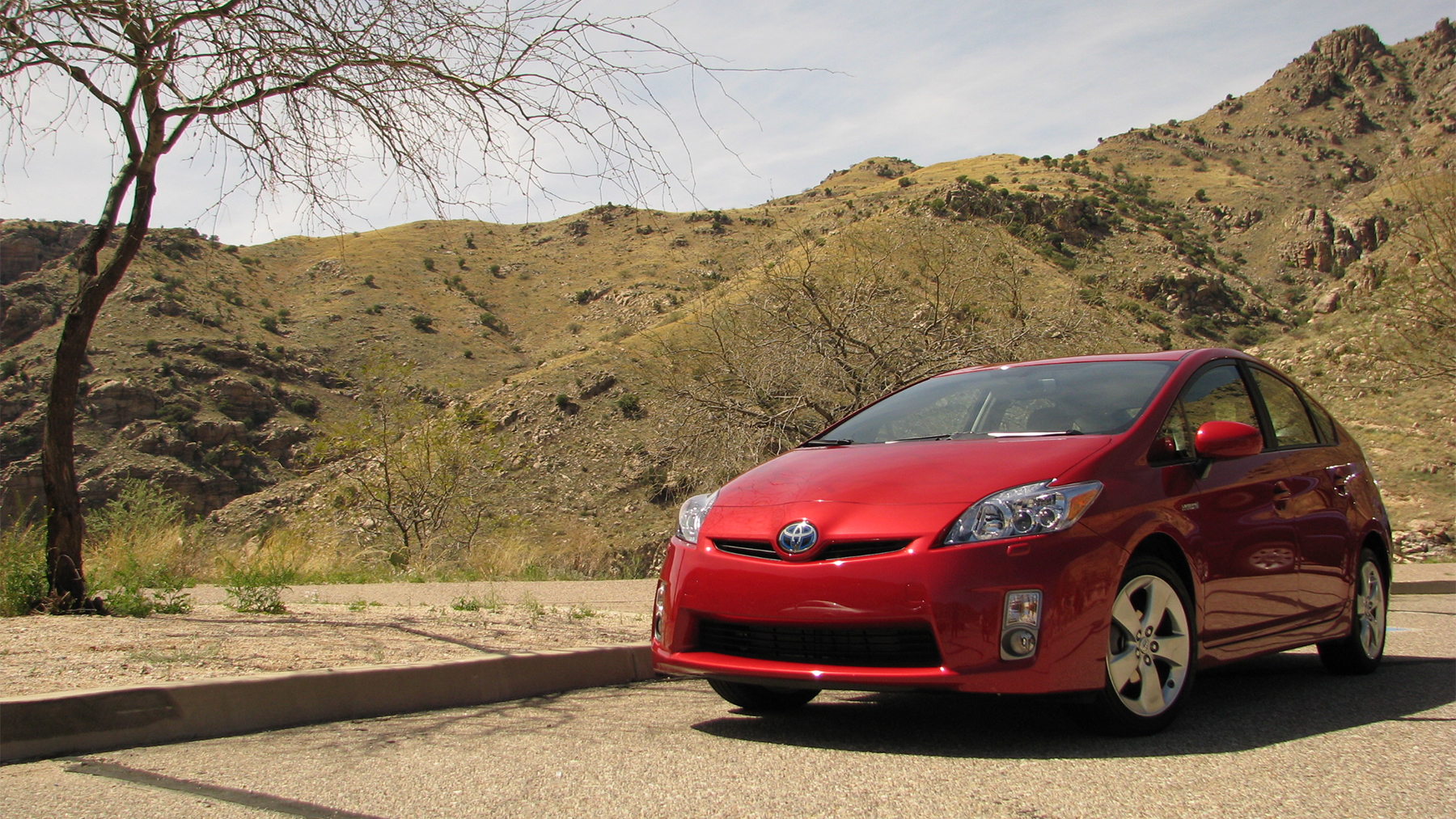 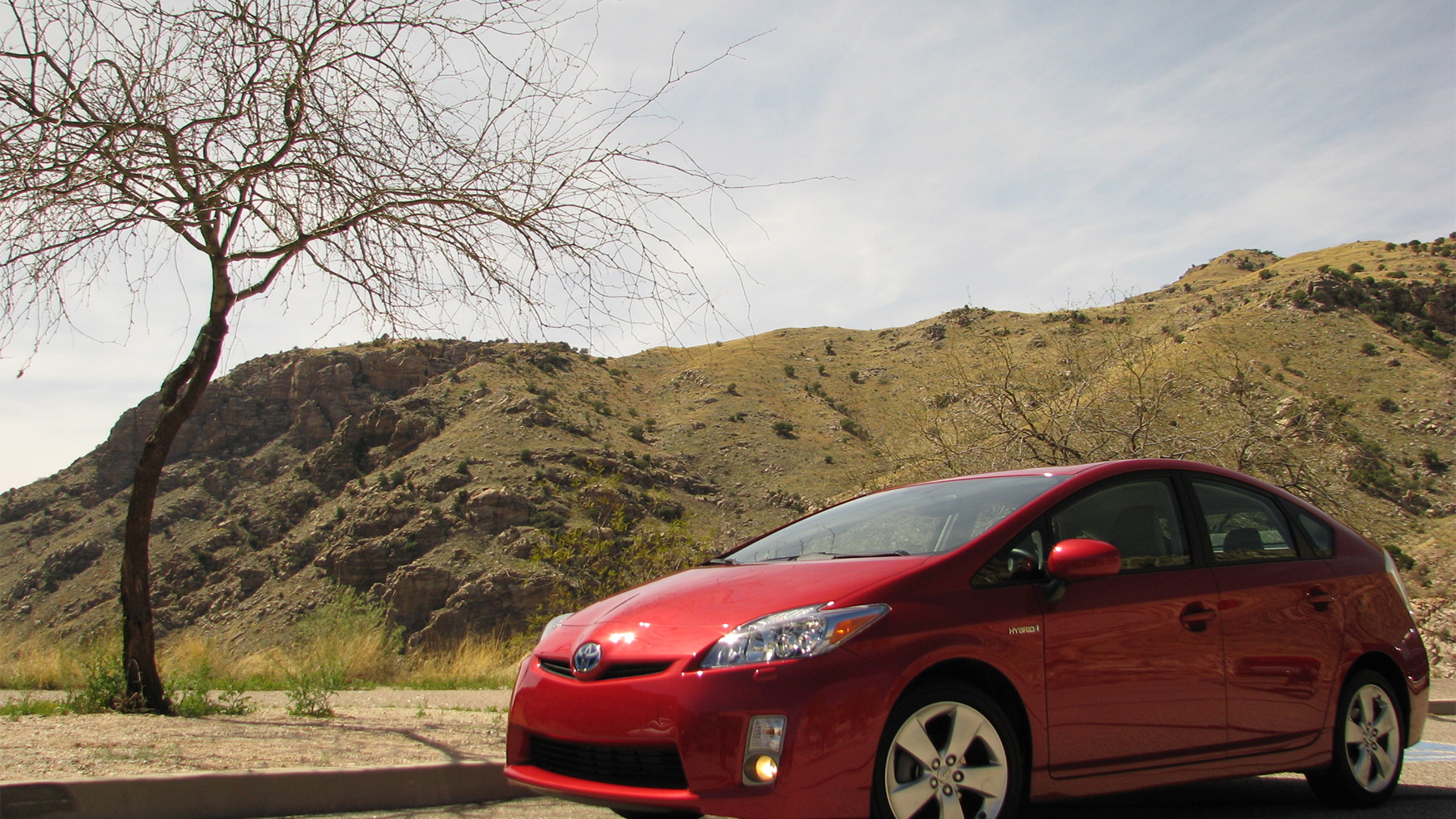 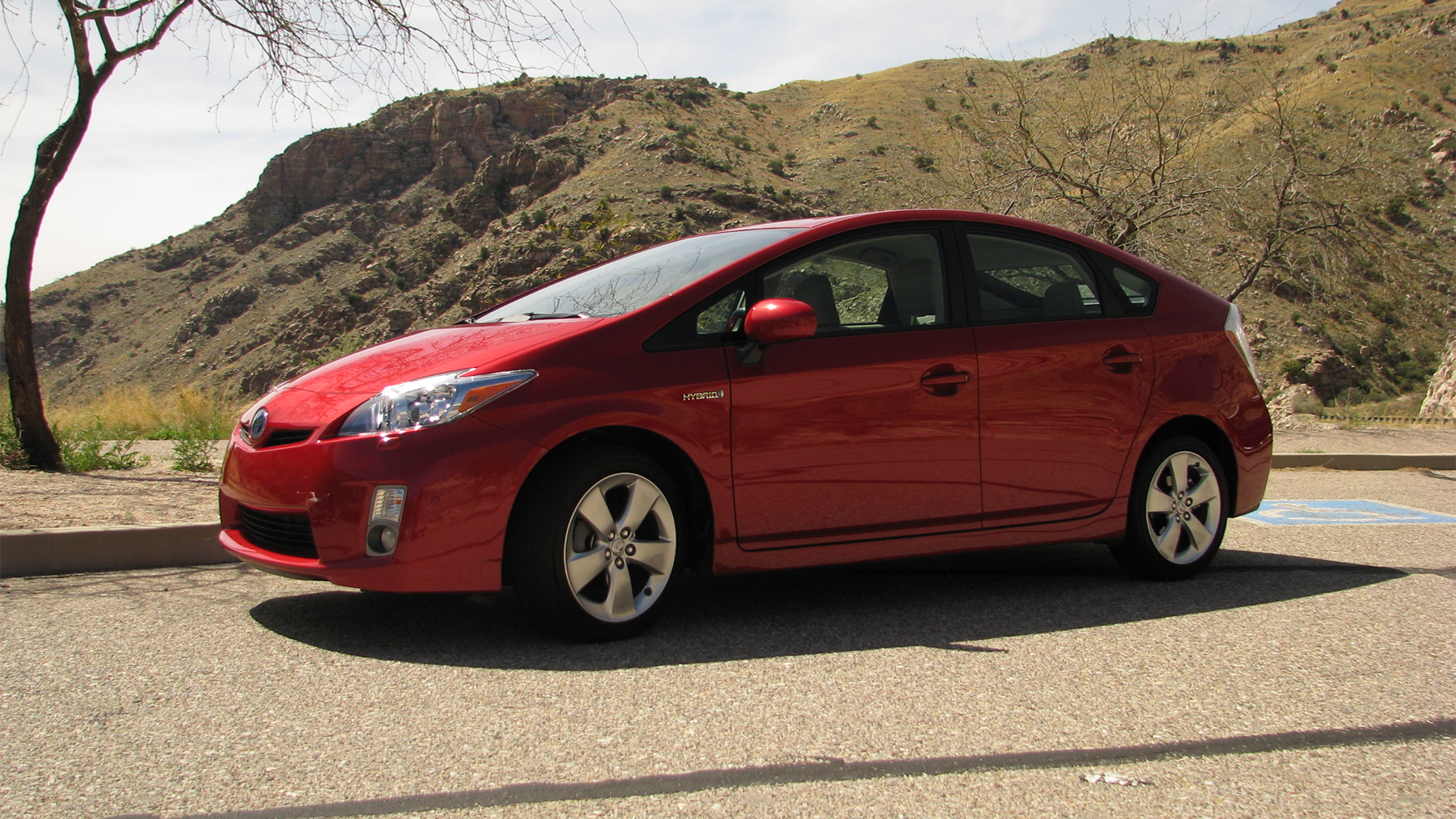 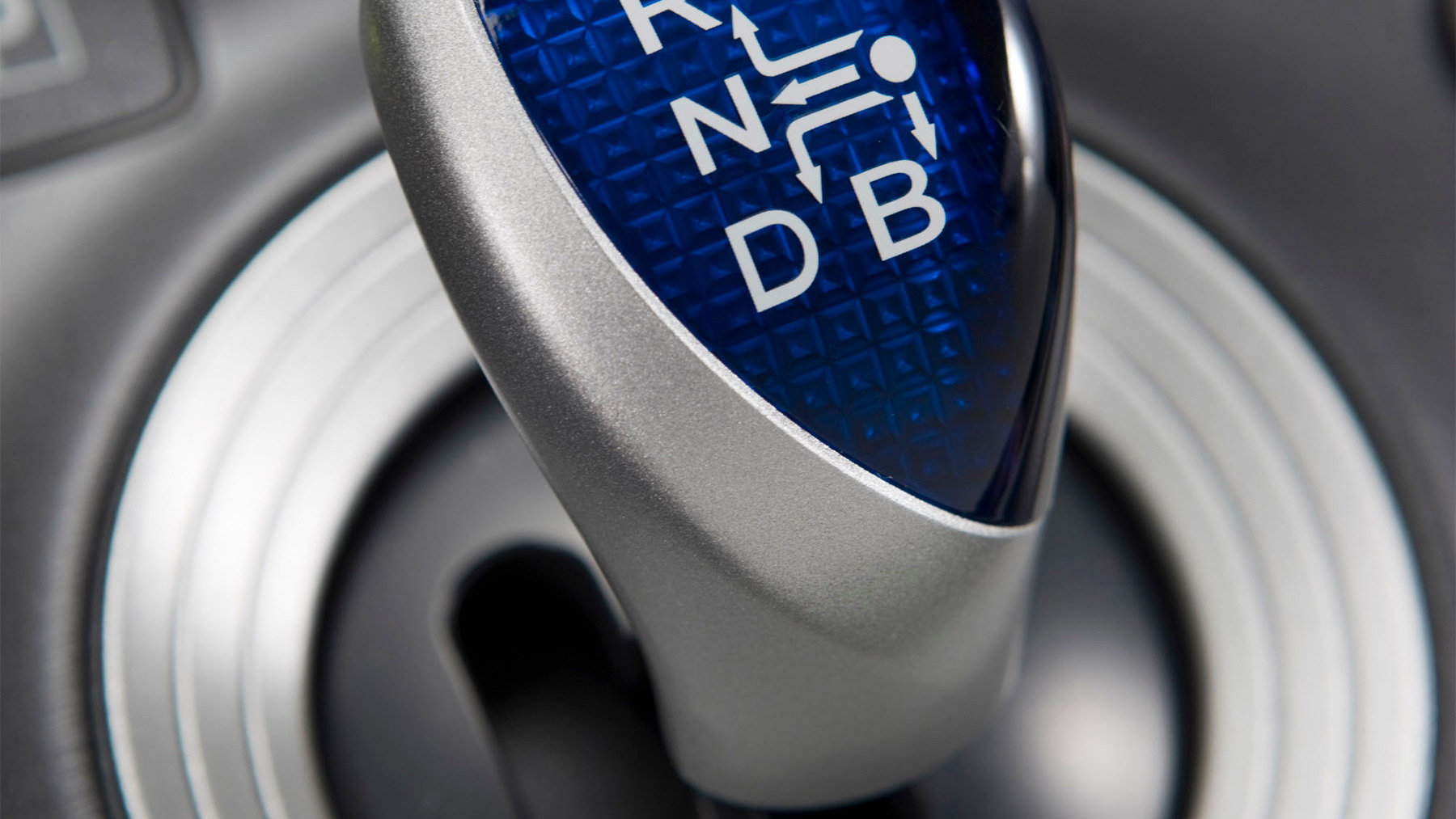 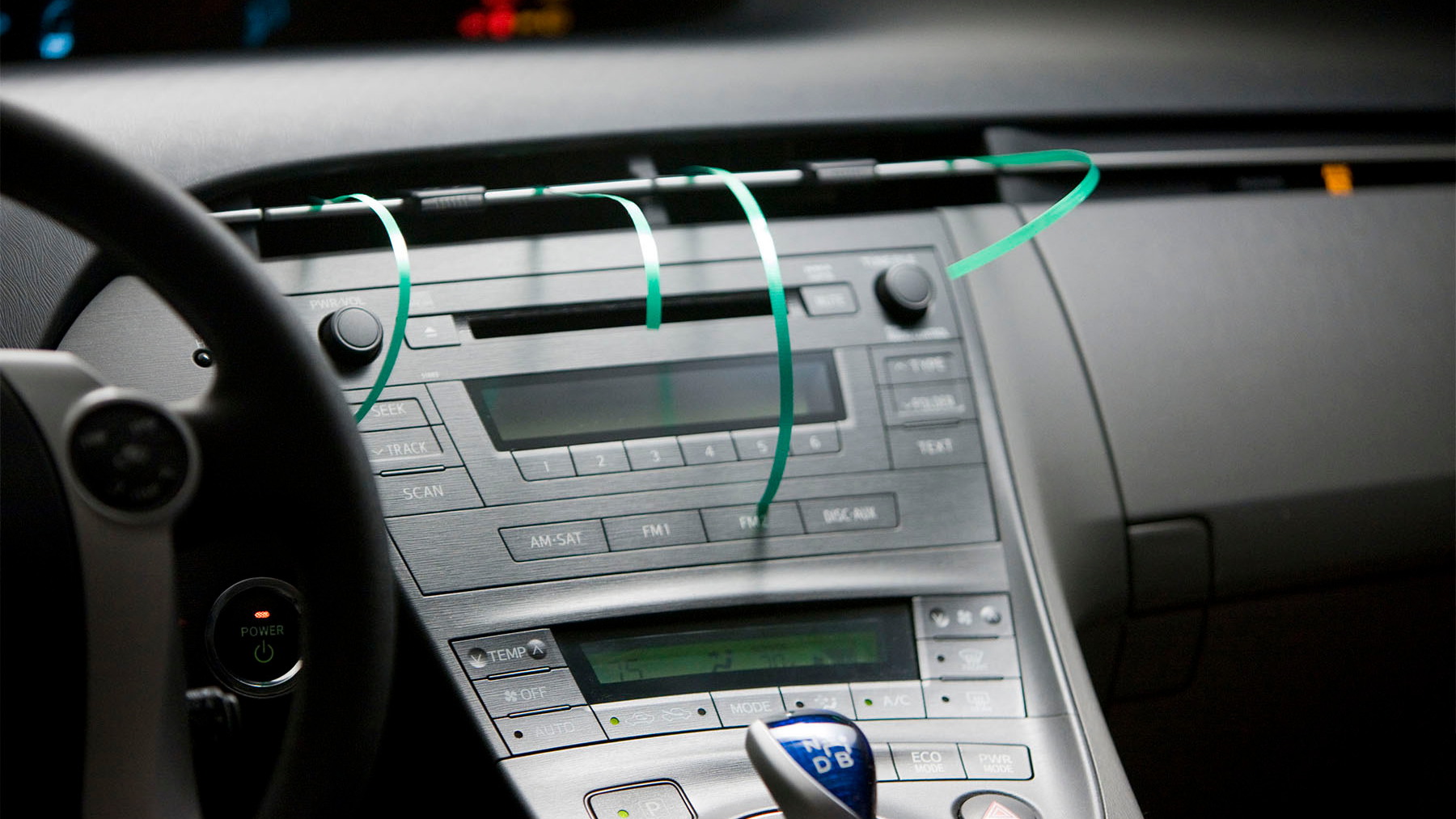 Testing the new Prius in the desert hills around Tucson, I came to a realization I'm still only half-comfortable with: I actually like this car. It doesn't go fast, it's not ultra-luxurious and it won't take a corner at anything above a sedate speed, but that's not the point.

It's comfortable - much more so than the last Prius - drives like a car should in the city, and it not only gets incredible fuel mileage, it makes it fun to do so.

Toyota may be touting its new Prius as the 50mpg wunderkind, but it should actually be easy for most people to significantly exceed that. On several different driving routes, including both sustained 50mph+ and stop-and-go sections, the Prius averaged over 70mpg with any number of journalists behind the wheel. Using the three driving modes - EV Mode, Eco Mode and Power Mode - appropriately helps to maximize the numbers. For instance, starting off in EV mode uses pure electricity to get over the least efficient part of city driving: the acceleration.

On one particular route, chosen for its varied terrain and used as an 'efficiency challenge', the car averaged 70.9mpg over a roughly 30mi course. Another saw an average of 81.6mpg over 20mi. A theme we noticed while trying to extract the maximum efficiency possible is that once the battery pack had been nearly depleted, efficiency drops rapidly until it's recharged. Keeping all the various instruments, flags and meters happy while maximizing efficiency is almost video-game-like in its addictiveness. If you buy one, you'll almost certainly be hooked within a day.

The much ballyhooed solar roof panel is depressing in that it only powers an auxiliary fan to cool the interior on hot days, but the overall efficiency is there, so it's hard to complain.

OK, so it's fuel efficient - but how is it to drive? Surprisingly good. It exhibits a lot less body roll, and though that won't help it grip a corner any harder thanks in part to its low-rolling-resistance tires, it's more comfortable swinging around 90-degree bends in town. The better-bolstered and more comfortable seats also help with that duty, however. The old seats were a frequent complaint among second-gen Prius owners.

Playing around with the driving mode switches mentioned earlier, you'll quickly come to find out that the EV mode cuts off at 25mph or anytime you accelerate too briskly. The Eco Mode uses a different map for the accelerator pedal, smoothing out inputs and reducing the total throttle applied during the first half to two-thirds of the pedal's travel. This helps to reduce over-acceleration and improve efficiency further.

Driving up the mountains in the surrounding countryside necessitated the switch to Power Mode. This is the only stint on which we achieved less than the 50mpg average, but considering the grade and the roughly 4,000ft elevation, 38.4mpg is actually respectable. On the hill descent we found the 'B' mode of the gear selector - effectively always-on regenerative braking - to be very handy.

But how about daily duties? The car is able to comfortably fit four adults, though five smaller individuals won't have a tough time at all. It accelerates with the pack, and it cruises pleasantly at freeway speeds, though there is a good bit of tire noise at higher speeds.

The interior is a definite upgrade on the current Prius in many ways, and for the estimated mid-$20,000 price point, it's hard to argue with the materials, though the plastics are almost universally hard and hollow. Nevertheless, all of the human interface surfaces feel strong and well-made.

Although the new Prius doesn't get the nifty Remote Touch system from Lexus' line of products, it does get its own share of gadgets, including a very cool, though ultimately dubiously useful, Touch Tracer Display. The system senses when your thumbs are near the steering wheel controls, and pops up a HUD-type display on the center instrument panel, indicating which button is about to be pressed.

Toyota says this keeps the driver's eyes on the road and thereby improves safety, but in our informal testing, looking down to see the output and actually getting it to sense our (often dry, due to the weather) thumbs was at least as distracting as just looking at the wheel ourselves.

A range of other features help offer a more mid-range feel to the upper end of the Prius range, including Lane Keep Assist and radar-adaptive cruise control. The cruise functionality worked beautifully in our brief testing, but the Lane Keep Assist tended to over-correct, then when the car was rebounding toward the other side of the lane, lose the ability to see the lane and just keep going - a dangerous combination of traits, though anyone actually relying on the LKA feature for more than a second line of diligence isn't driving safely to begin with.

Pricing hasn't been released yet, but expect to see a slight upward creep in pricing, especially as the budget-oriented Prius I trim hasn't yet been revealed. The Prius II-V trims will likely span the range between $22,995 and $34,995 if our crystal balls are calibrated correctly. The Prius I may do duty as Toyota's Honda Insight fighter, despite the cars slightly larger size and better fuel efficiency.

At the end of my day on the road with the Prius, I found myself not only interested in the car, but talking about it to friends and co-workers, extolling its virtues, advising a short wait to get the new one for acquaintances in the market for a hybrid. Am I a convert? No - I still like horsepower and handling too much to qualify - but I'm definitely a fan.