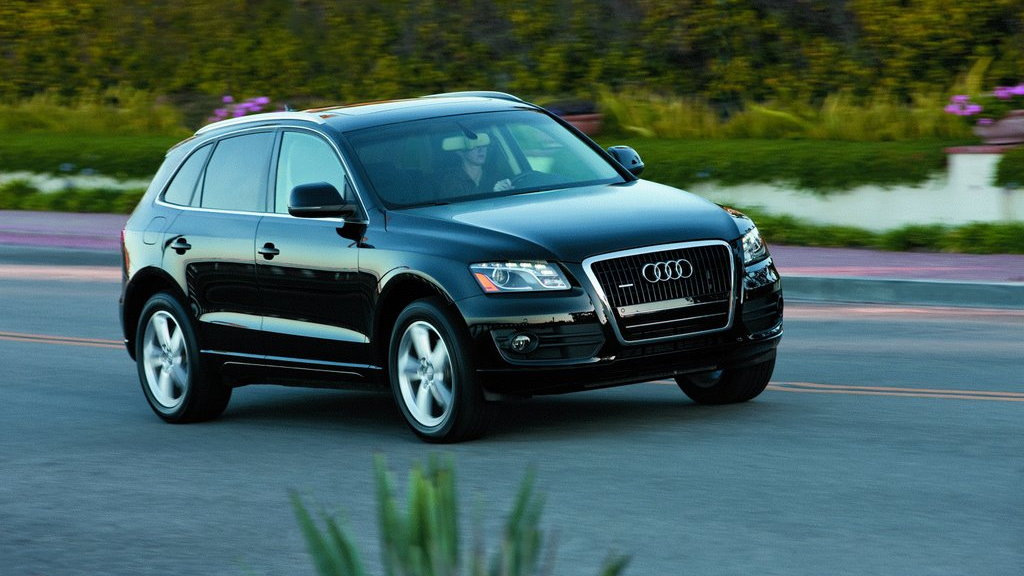 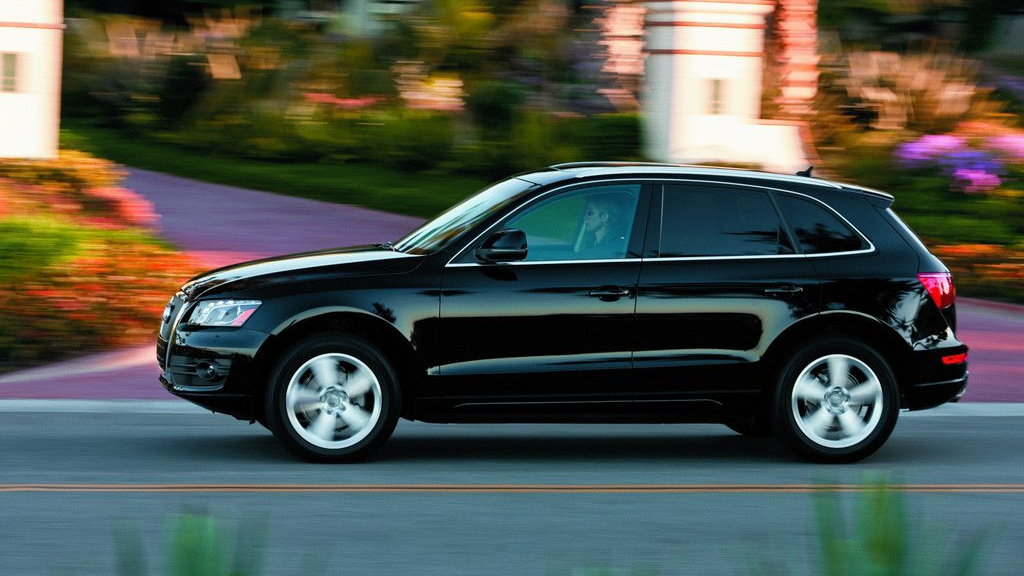 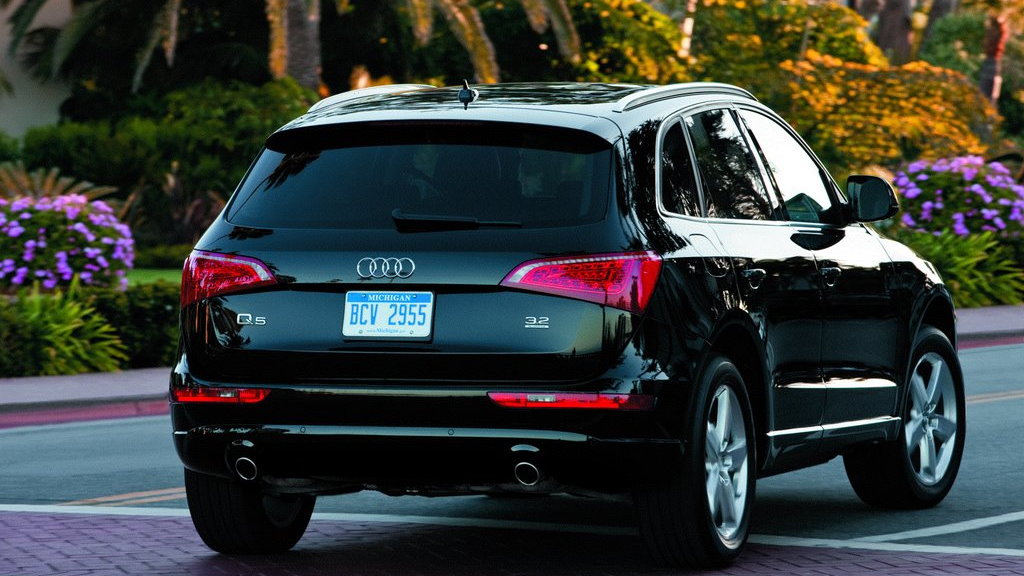 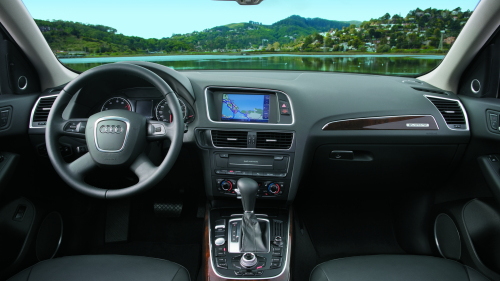 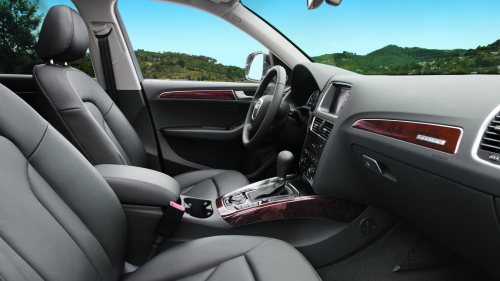 Until the Lincoln Navigator plowed into existence in the late 1990s, the idea of a luxury sport-utility vehicle was largely limited to the Range Rover. Hideously expensive off-roaders were a perplexing thought: who’d want to wrinkle all that pricey sheetmetal, and get those lambswool carpets filthy with mud?

Now, of course, everyone’s in on the act. There are so many luxury SUVs, in fact, a whole new class of compact luxury SUVs has emerged. Starting with the BMW X3 and Lexus RX, luxury brands have filtered the big brute-utes down to a more manageable size and to a more affordable price range.

The 2009 Audi Q5 is just the latest in a herd of new, smaller luxury SUVs coming at shoppers from all directions. Mercedes-Benz has a new GLK; Land Rover’s latest is the LR2, Acura, Infiniti, and Cadillac have shrunk their SUV ambitions to fit the class too.

Among them, the Audi Q5 may be the best yet. It’s one of the most handsome sport-utes, offers a real-world traction system that emphasizes on-road performance, and its cabin has enough adult space for four passengers and their suitcases and laptops and, sure enough, their 1-liter bottles of water.

Motor Authority drove the new Q5 over a long week of errands, highway commutes and weekend touring. At first glance, we knew the Q5’s styling ranked near the top of the class, side by side with the new Cadillac SRX and Volvo XC60. The highest compliment is that it strongly resembles an Audi station wagon. The nose sits higher, the roofline drops less quickly, but the rear end would fit on any Audi vehicle—along with the gaping grille that’s come to signal Audis to drivers looking in the rearview mirror. The Q5 is more subtly good-looking than most sedans, in fact, except for that massive grille up front that’s too large and too deep, too everything.

Step inside the Q5, and the rich impression made by the sheetmetal is amplified by maple trim, closely coordinated leathers and plastics. The Q5’s dash can seem somewhat cluttered, but good design and delicate metallic highlights lend it a unified, rich look. It’s comfortable as well: as long or longer overall than all the competition save for the 2010 Lexus RX, the Q5 is among the widest vehicles in its class, and sports the longest wheelbase. In our driving, the Q5’s interior room provided relaxing seating for four adults, with really not much room for a fifth on the second row of seats. Seating itself is firm and leathered up, and all positions adjust at least a couple of ways for cruising comfort. Headroom is ample, and the cargo hold doesn’t suffer even when the second-row seats are reclined: four or five suitcases will fit back there. The biggest hurdle to a smooth ride is the small door cutouts for feet—getting in and out of the back seats can be a geometric exercise.

Audi’s handling hardware gives a little more pause. The drivetrain’s more than capable: Its 3.2-liter, 270-horsepower V-6 couples with a six-speed automatic with manual gear selection, and “Quattro” all-wheel drive for sweet-revving power and quick gearchanges. Audi sets the all-wheel drive with a 40:60 power bias, so there’s some entertainment baked into its basic traction and attitude. However, almost all the Q5s sold in the U.S. will come with Drive Select, an electronically variable system that allows drivers to choose response levels for steering, braking, transmission shifts and throttle quickness. We’d prefer, by far, a single setup for suspension and steering feel, with a Power mode for transmission shifts (and maybe a set of shift paddles, too). With Drive Select, drivers will tussle with overly heavy steering in almost all modes (there’s Comfort, Sport and Individual, which lets drivers tailor the responses even more). Also, ride quality doesn’t soften enough even in Comfort mode to justify variable controls. That said, the Q5 never feels anything but composed: if it weren’t for the grossly exaggerated steering heft, it’d be easier to notice its composed ride.

The Q5 will handle more treacherous conditions than, say, the Lexus RX. It lacks locking differentials like the LR2, but with all-wheel drive, about 8 inches of ground clearance and hill descent control, it can handle moderate all-terrain activity. Towing capacity is 4,400 pounds—and fuel economy is 18/23 mpg, with our test vehicle averaging 18 mpg.

A five-star crash performer, the Q5 comes stocked with other luxury features like three-zone climate control, 18-inch wheels, an AM/FM/CD player and Sirius satellite radio, leather seating, wood trim, heated power mirrors and a tilt/telescope steering wheel. On our test vehicle, the “Premium Plus” Q5 added $4300 and included a panoramic sunroof, a power tailgate, power heated seats, Bluetooth connectivity, an iPhone/iPod interface, and a six-CD changer. Audi’s $3000 Navigation package fitted a hard-drive-based GPS mapping, parking sensors and a rearview camera, and a DVD player. A 14-speaker, 505-watt Bang & Olufsen stereo system would have been more welcome than the $2950 Drive Select package. In all, Motor Authority’s test vehicle sported a base price of $38,025 including destination, and an as-delivered price of $48,275—a little steep, but slotted neatly beneath the $50,000-ish Audi Q7.

It’s difficult to think of the Audi Q5 as a sport-utility vehicle until you break it down into “sport” and “utility.” Adept at both, the Q5 heaps on solid build quality and handsome styling, with only its misdirected electronic controls and a stiff price tag on its must-fix list. Clearly a cut above the Acura RDX, Infiniti EX35 and smaller luxury SUVs, the 2009 Audi Q5 ranks with the Volvo XC60 as the better choices for well-heeled drivers in search of space and sporting feel.

Motor Authority says: A fetching performer with real utility, the capable 2009 Audi Q5 is only let down by funky electronic interventions.