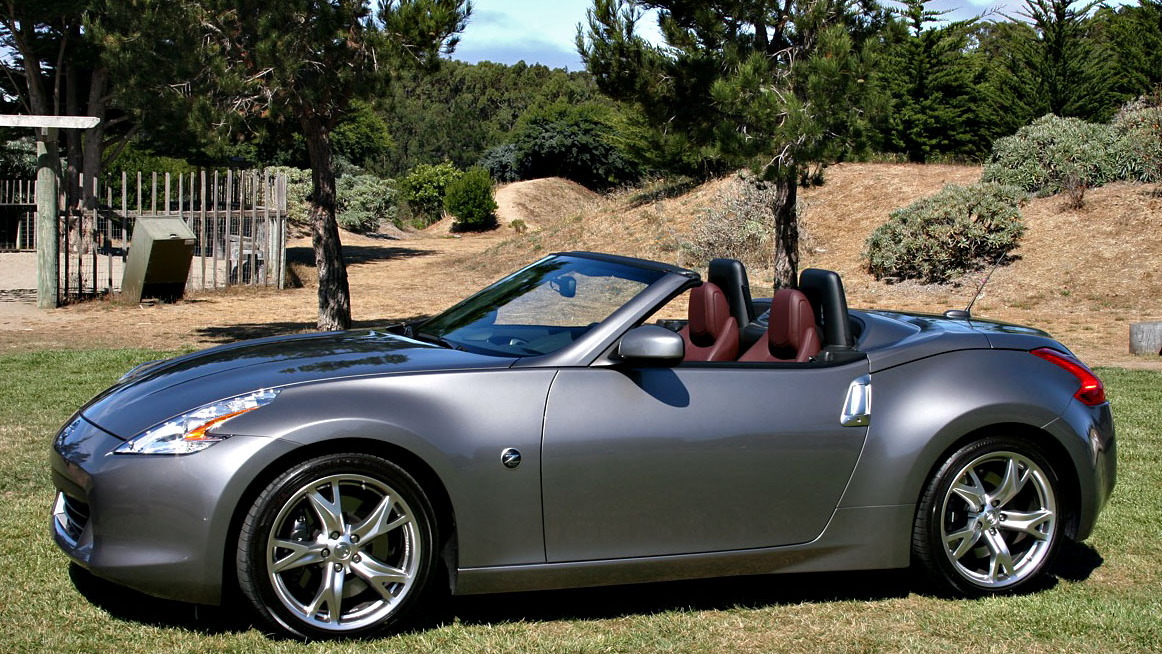 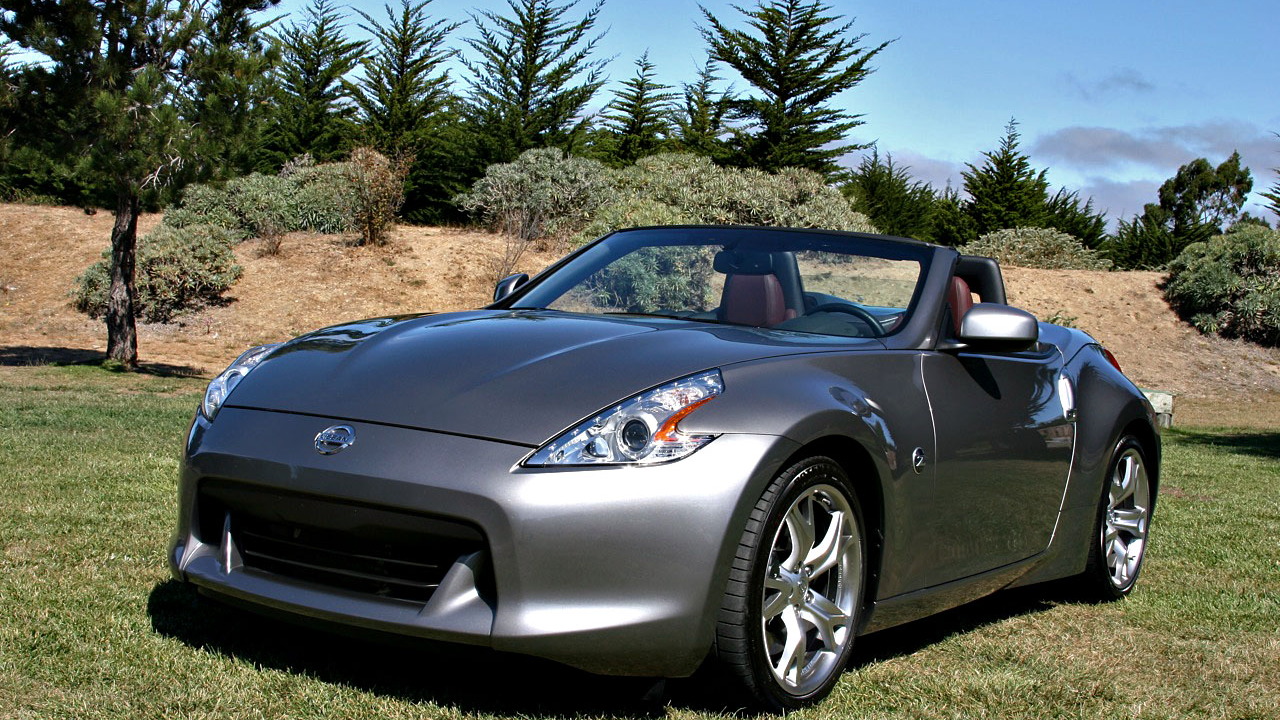 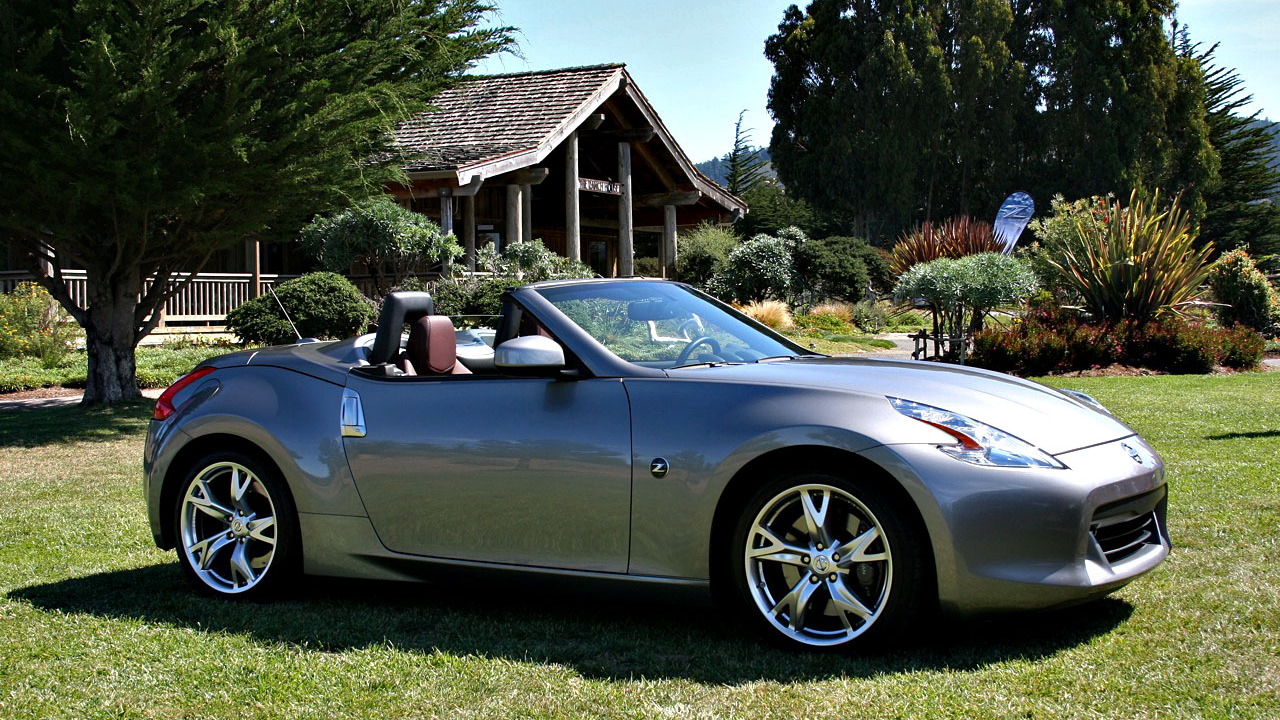 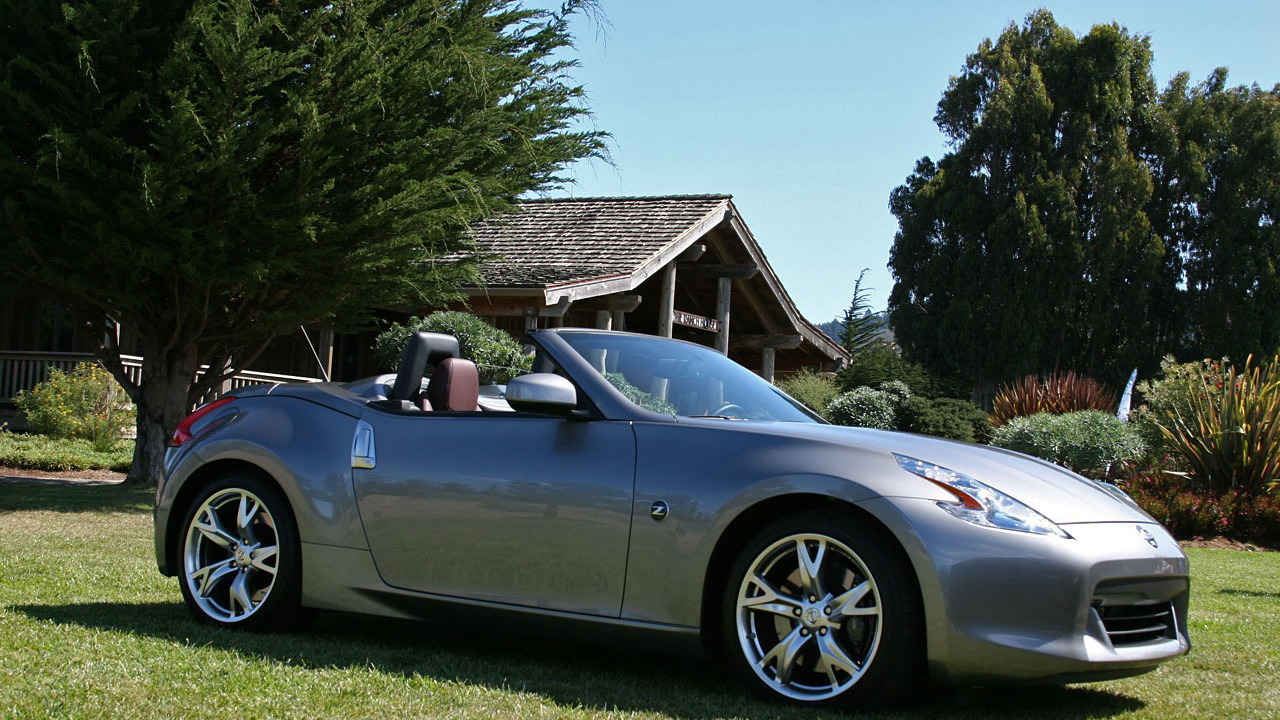 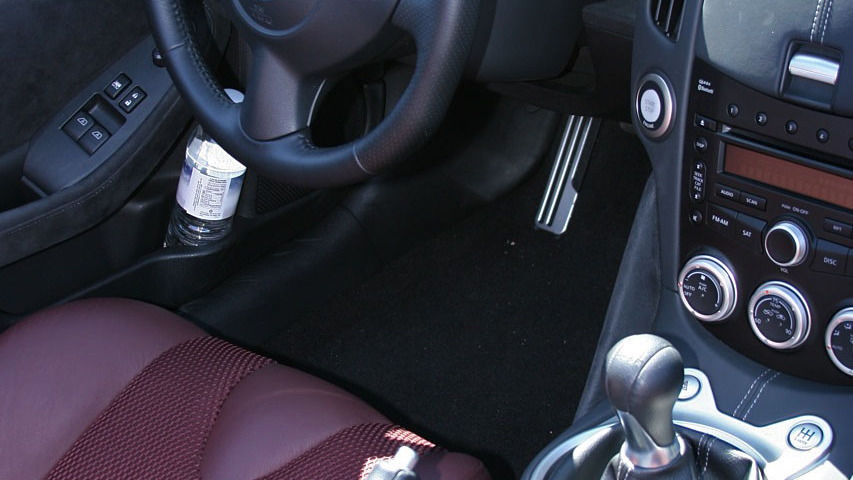 Call it open for business.

Actually, you should call it the 370Z Roadster, that is, because a) it no longer has a roof and, b) the word "Convertible" has been spoken for by the similarly zoomy roofless Infiniti G37. The two are distinctly different in look and feel, even if performance is almost the same--thrilling.

In this case, the overall package is so sharp, Nissan folks are openly comparing the new 2010 Nissan 370Z Roadster to the Porsche Boxster, a comparison that holds interesting weight once you drive it in and around the winding hills looking over Silicon Valley.

What's not to love about the newest iteration of the 370Z? Not much, as we found out cruising the shaded switchbacks about five miles from High Gear Media's vast headquarters at the very nerve center of venture-capital-land. More so than the squatter 350Z, maybe even more so than the classic and beloved 300ZX twin-turbo, the 370Z Roadster and coupe are the kinds of sportscars you can cheat on Porsches with, and not feel the twinge of guilt as you leave it for your daily driver.

Motor Authority's first impression of the 370Z Roadster? More of the same as with the coupe. The new body ushered in for 2009 on the coupe just rocks, and with the top removed, it shows off some sculpted haunches and those witty arrow-shaped taillamps even better than in the roofed car. The four inches Nissan removed from the car's wheelbase in migrating from 350Z to 370Z gives it a more sportscar-like, more authentic proportion. There's even a little hint of the earthshaking Nissan GT-R at the junction of the roof and windshield. More than anything, we decided as we scoped out photography, the 370Z passably resembles the new BMW Z4--which can top out at $60,000 if you're not careful. A pair of humps are formed into the tonneau that hides the top, for more speedster flair. And like it did with the body panels, Nissan trimmed out the interior of this new Z far better than the past edition. The gauges move with the tilt steering wheel, the materials look better, the shapes are simpler, and there's enough jazz in the metallic rings on gauges, climate controls and ancillary meters to elicit the approval of parking-lot gawkers.

The shortened body did have an ulterior motive: making the 370Z a far better handling and riding sportscar than before. It's not too much of an exaggeration that it's the best-performing Z ever, since the original ran on skinny tires and a four-cylinder engine, and since the 300ZX twin-turbo felt as heavy as it looked. The engine is a familiar one, the 3.7-liter V-6 that graces almost every Nissan worth reviewing here on Motor Authority. Here it turns out 332 horsepower and hits a high 7500-rpm redline, but offers plenty of torque at lower revs. While Nissan quotes 0-60 mph times of less than 5 seconds, some of the buff-book magazines (who reads magazines anymore?) have dropped below the 5-second mark in accel runs. With either the six-speed manual or the seven-speed paddle-shifted automatic, the 370Z is rare to miss a shift. Oddly enough, we preferred the automatic to the manual, with an explanation. The six-speed manual's everything you'd expect and a sweet complementary piece to the rear-drive Z's suspension, plus its rev-matching software ensures you won't graunch gears in quick shifts. But the paddle-shifted automatic enhances the Japanese feel, like the Mitsu Evo's paddle shifters do, and turns the experience to the videogame feel that keeps your attention to steering instead of shifting.

The Roadster changes almost nothing from the Coupe in terms of suspension (independent all around) and ride quality. We've driven the 370Z Roadster and Coupe on the road and on the track, and in general, the shorter wheelbase and wider track have improved the Z's dynamics. It's big fun to toss around, and on most road surfaces, it rides much more calmly than in the last edition. At very high speeds (go-directly-to-jail velocities) the tires tend to hunt the subtle grooves of the road, requiring plenty of attention to keep the 370Z on course. Absent those conditions, the Z's steering takes a perfect set, it flexes the right kind of driving muscles, and it's not so far from the Porsche Boxster mindset as you might think.

It's difficult to fault the 370Z for much. Generally, we can observe that a whole class of two-seat convertibles and coupes have turned on performance afterburners this year. The 2010 Mustang's in its finest form ever, and the Hyundai Genesis Coupe's not far off that mark. The 370Z may top them all for its energetic performance and the tightness of its convertible body.

Like those coupes and even like the Porsche Boxster, the concessions for fun are noticeable. The cockpit's adequate, maybe more roomy than all but the Mustang, and the seats (particularly on Touring cars with ventilated leather seats) are fine for long rides. Trunk room is small, though, and interior storage is minimal. Big cupholders are a gesture at convenience, but the gaping hole left if you don't order a navigation system isn't as useful as it might seem. There's no back seat to store luggage, only a slim compartment for laptops and such behind the seats. The trunk might hold a single set of golf clubs, if you can still afford tee time, but that's it.

The biggest objection we can find to the 370Z's road feel is with road noise. On some road surfaces, the combination of tire and drivetrain noise is far too loud, even for a sportscar. It's almost unacceptable for a modern car and could be muted fairly easily, and should be.

Step up to the 2010 Nissan 370Z and you'll have a few choices to make. Coupe or convertible, two trim levels are offered--standard and Touring. (The special NISMO tuner edition has 350 hp and tighter tuning, but we're saving that for a future date with track time involved.) Cruise control, power windows, and Nissan's Intelligent Key keyless entry/start are standard on all. Coupes offer a Sport package with great-looking 19-inch wheels and a Navigation package that adds a 9.3GB Music Box Hard Drive with an iPod interface. Nissan 370Z Roadsters have a fast-folding fabric roof that takes about 20 seconds to stow or raise, via a power button on the console or on the doors; they also include standard Bluetooth, XM satellite radio with real-time traffic, power leather seats with ventilation, and high-intensity discharge headlamps. Roadster Touring models can be equipped with the snazzy 19-inch wheels; sport brakes; a limited-slip differential; and a navigation system with the Music Box hard drive and USB connectivity.

For a base price of about $30,000 for the six-speed manual Coupe, up to $42,000 for the Touring Convertible, the newest 370Z raises an important question for agnostic sportscar shoppers. Is its superior acceleration enough to call it a worthy Porsche Boxster competitor? For thousands of you with thousands of dollars to save, the answer could be yes. And we won't snicker when you tell everyone, either.