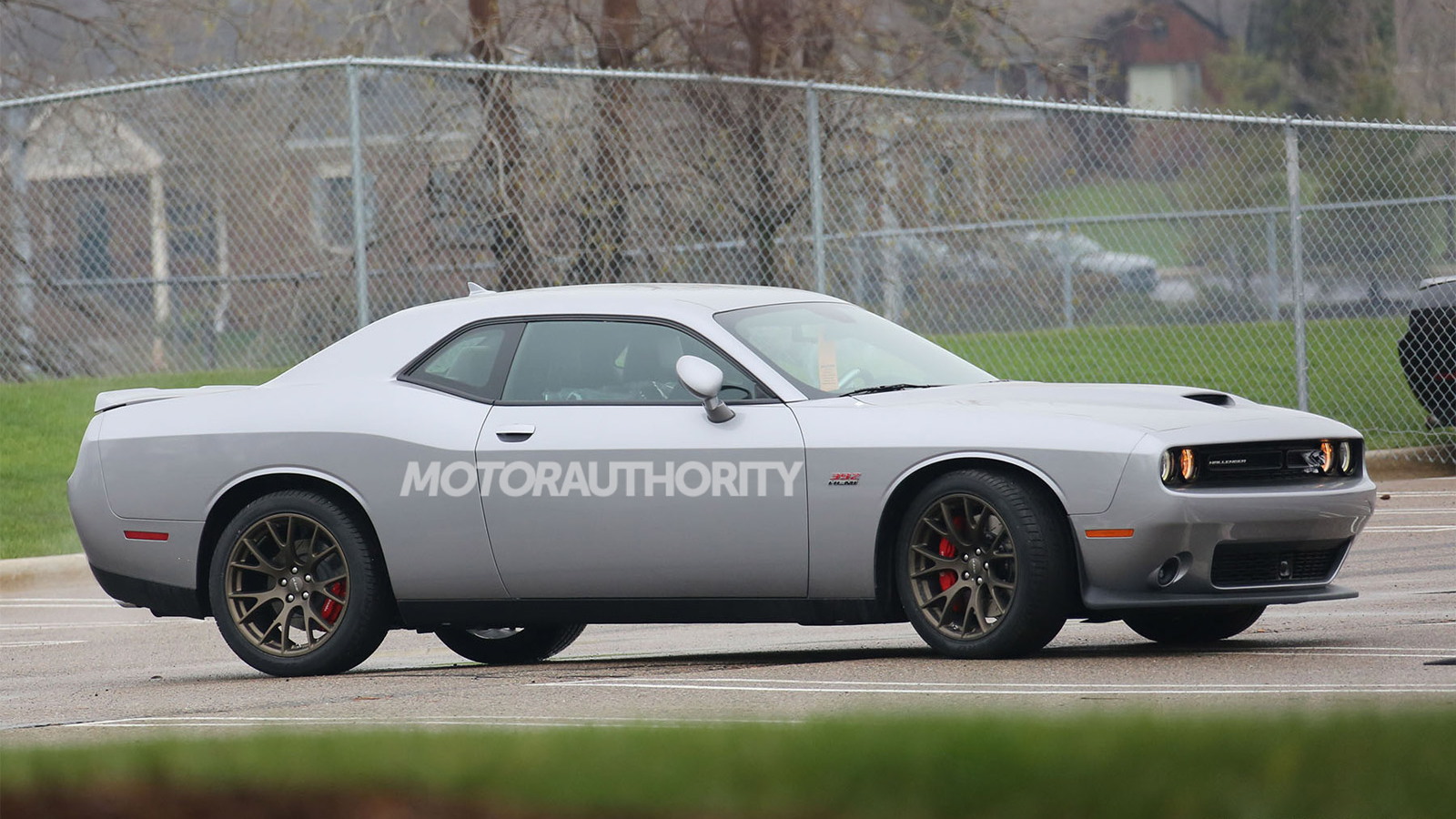 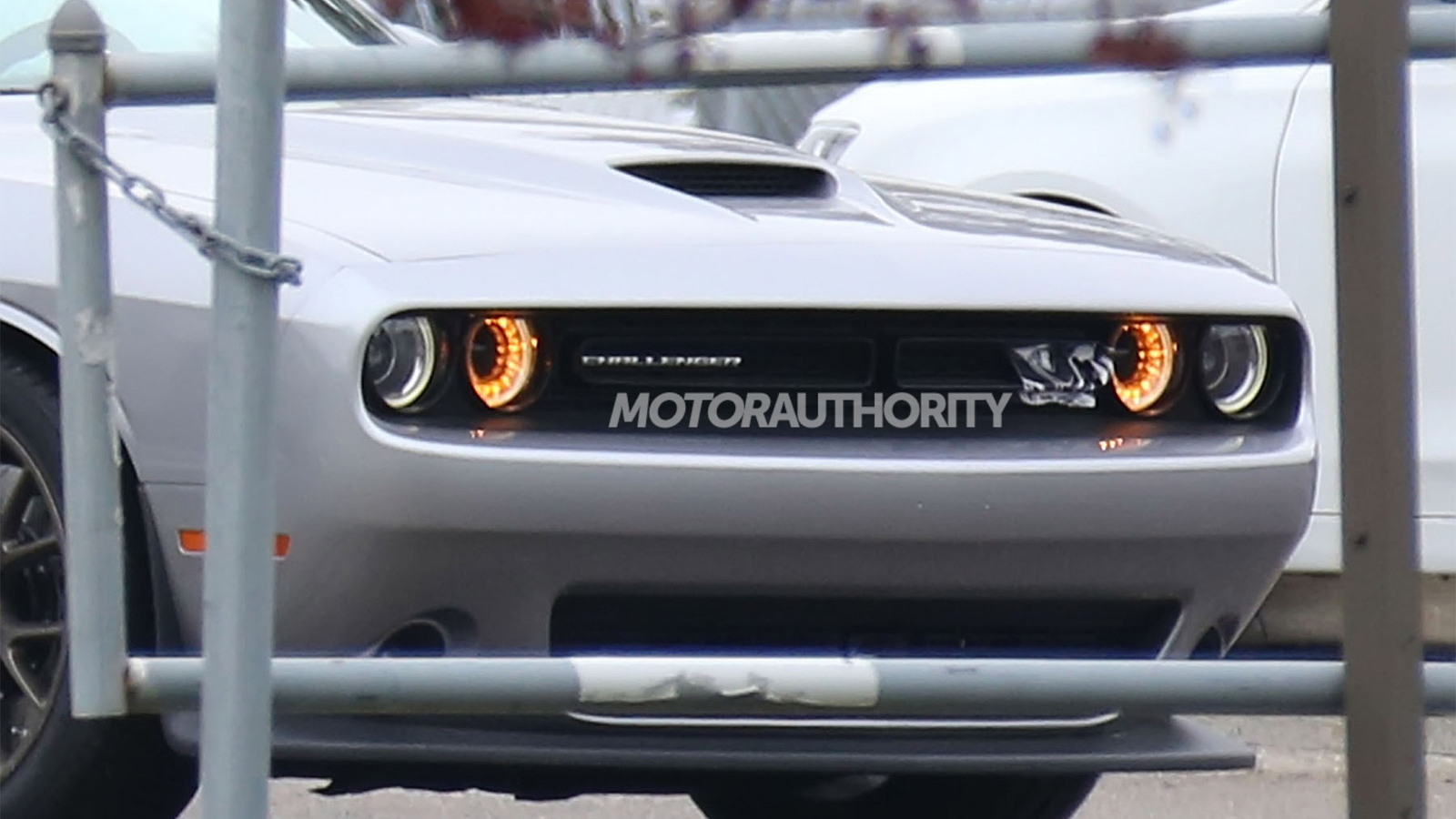 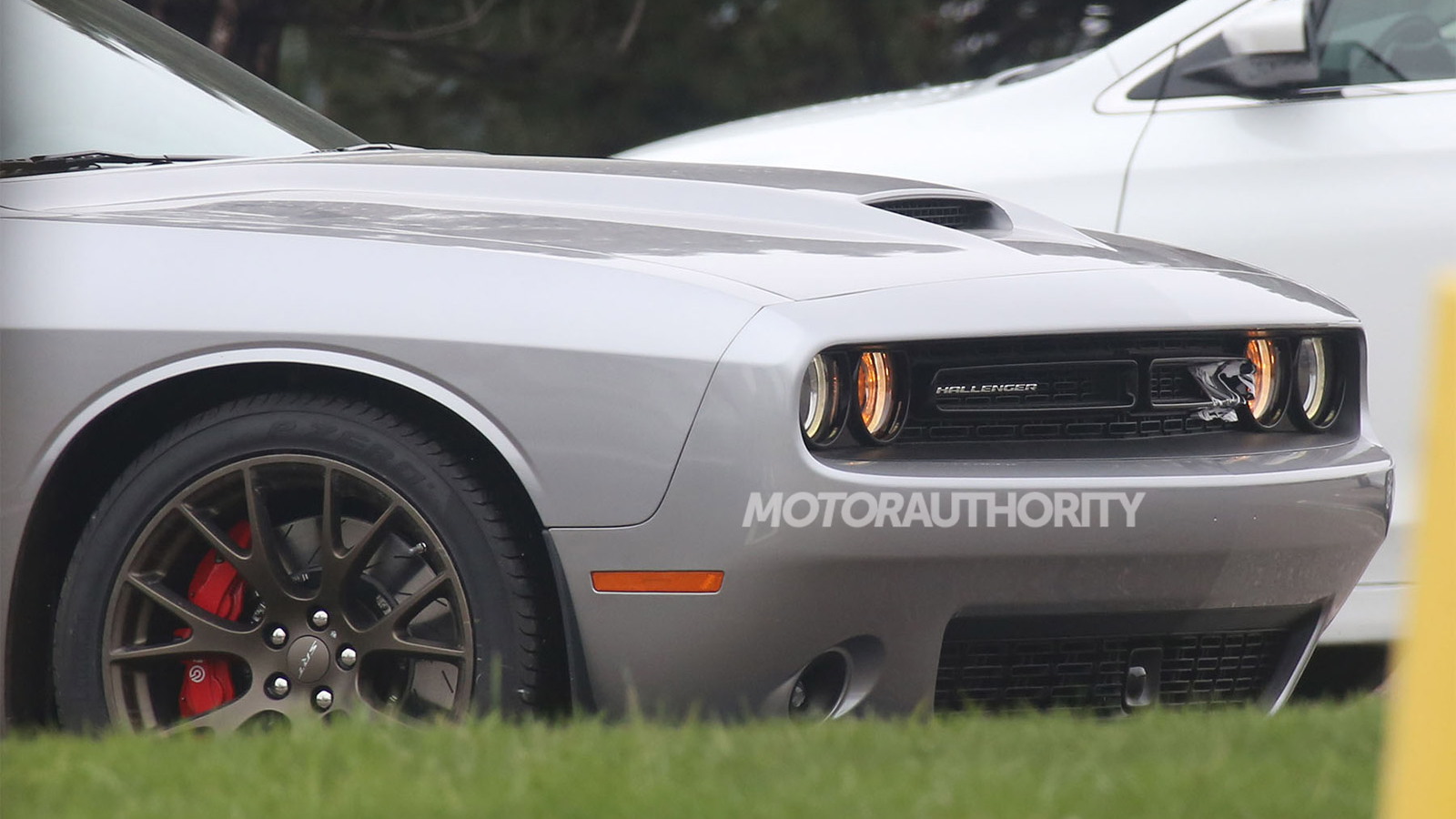 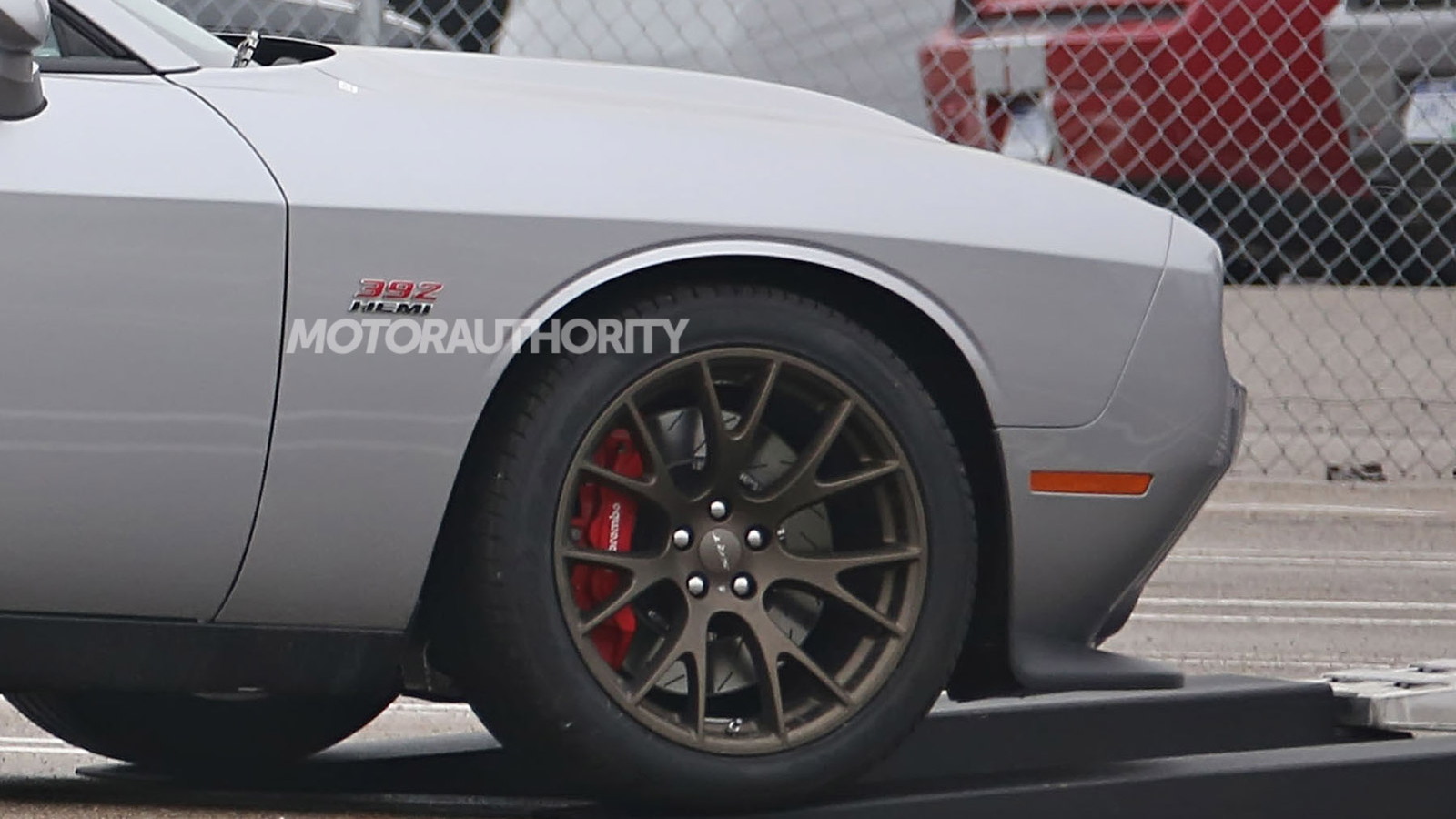 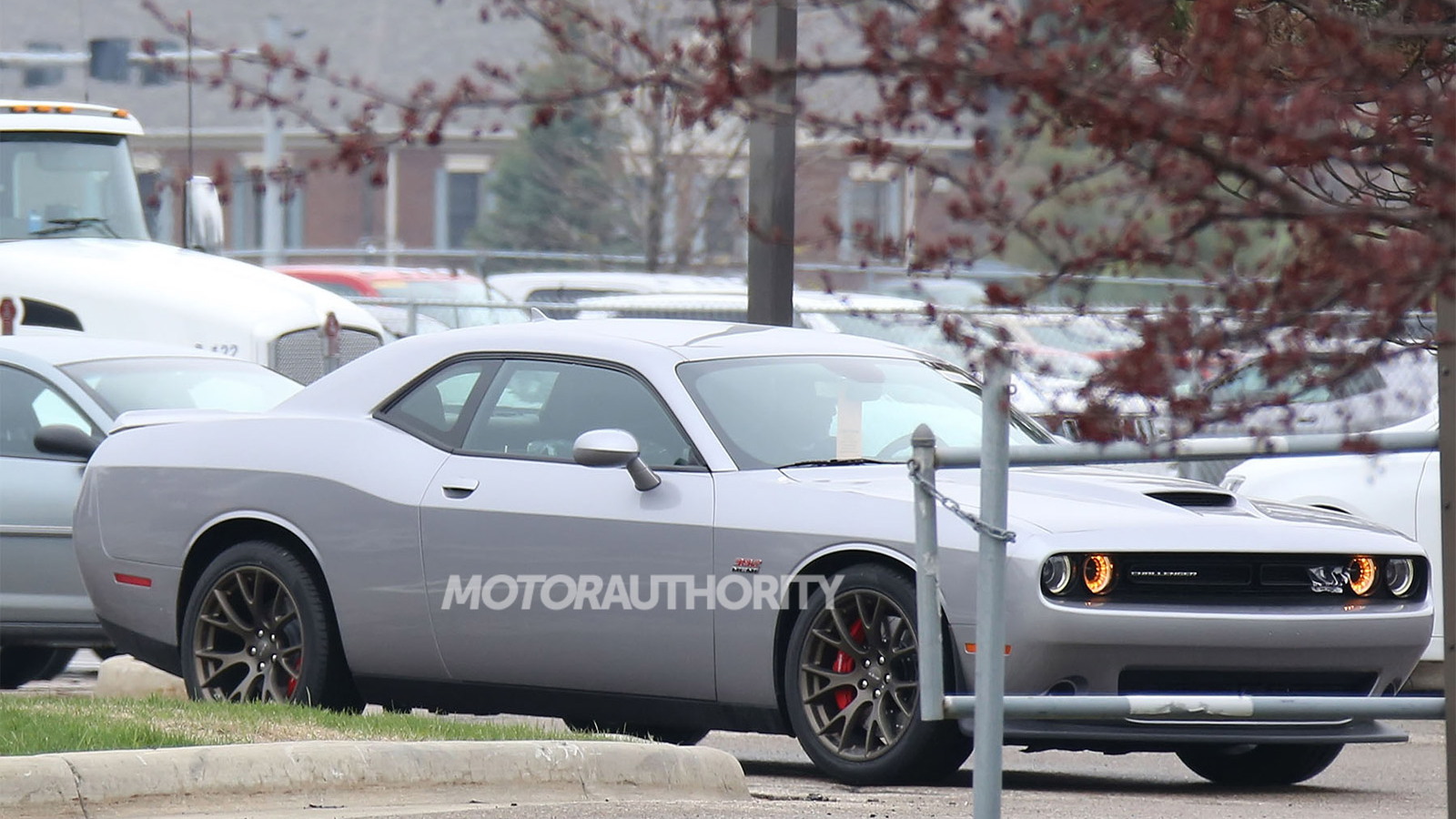 14
photos
The updated 2015 Dodge Challenger range made its debut recently at the 2014 New York Auto Show, albeit with the highly-coveted SRT variant noticeably absent. This is because Dodge engineers are still validating prototypes for the SRT, one of which has been spotted near the automaker’s main test facility in Michigan.

It has a unique hood scoop not featured on any other model from the 2015 Challenger lineup. The car also has SRT-spec wheels, Brembo brakes, lowered suspension and a large splitter. Camouflage up front is likely hiding an “SRT” badge, while at the rear there have likely been some tweaks to the tail-lights.

Dodge is now thought to be working on more than one Challenger SRT variant: the regular version you see here and a more extreme one nicknamed the Hellcat. Though the prototype shown here is wearing a “392 HEMI” badge, the car is believed to be running a new supercharged engine.

During its five-year strategy presentation yesterday, Dodge parent company Fiat Chrysler Automobiles confirmed that the 2015 Challenger SRT will feature a supercharged 6.2-liter V-8. The same engine was also confirmed for the 2015 Charger SRT.

This makes sense as the previous SRT-only 6.4-liter HEMI V-8 is now available in the regular Challenger lineup, where it makes upwards of 485 horsepower and 475 pound-feet of torque. Expect considerably more power to be delivered by the new supercharged engine in the 2015 Challenger SRT. For the special Hellcat model, we’ve heard that it may deliver more than the 640 horsepower of the Viper supercar’s V-10. Some have suggested the Hellcat’s engine rating may go as high as 700 horses.