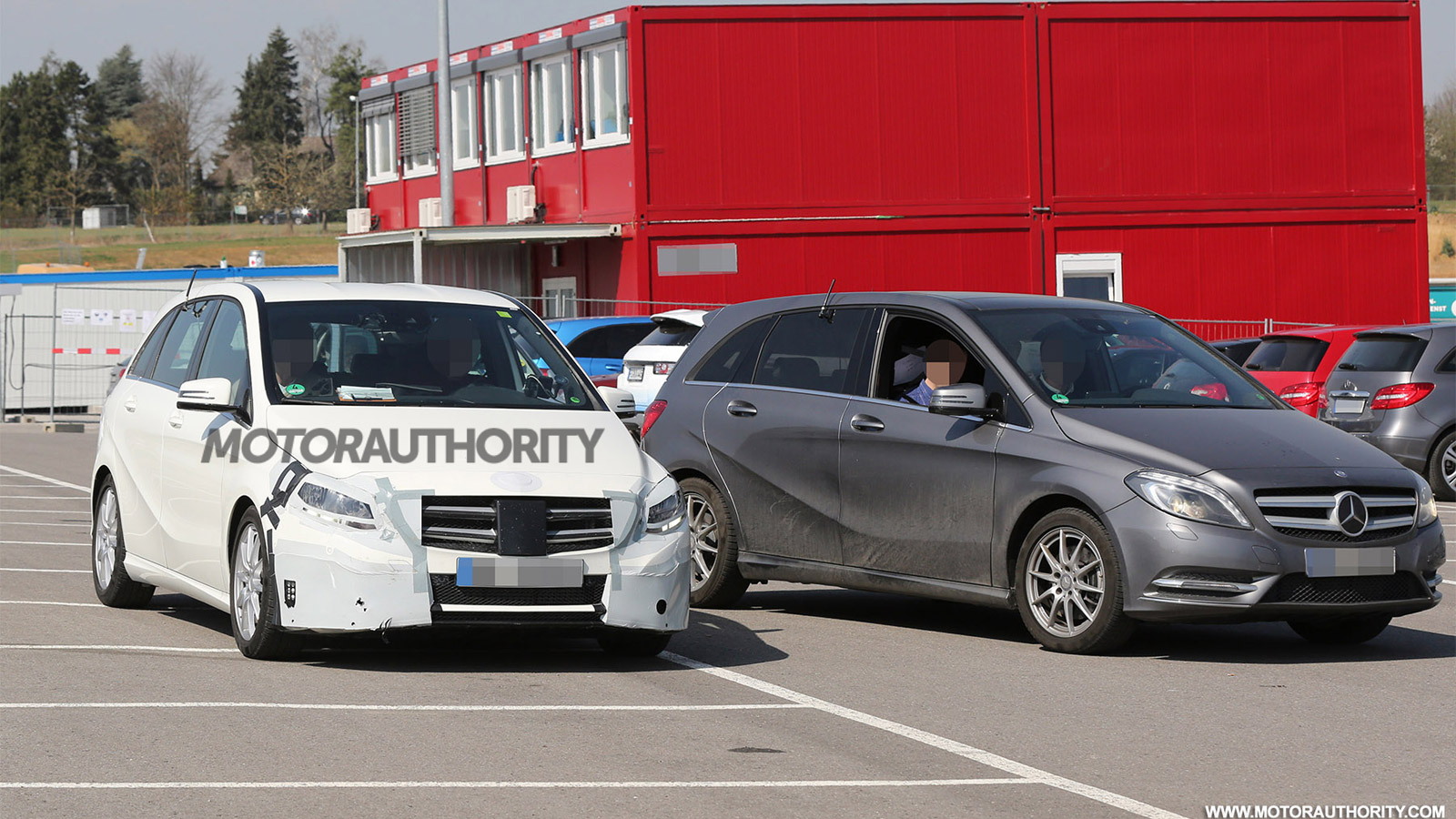 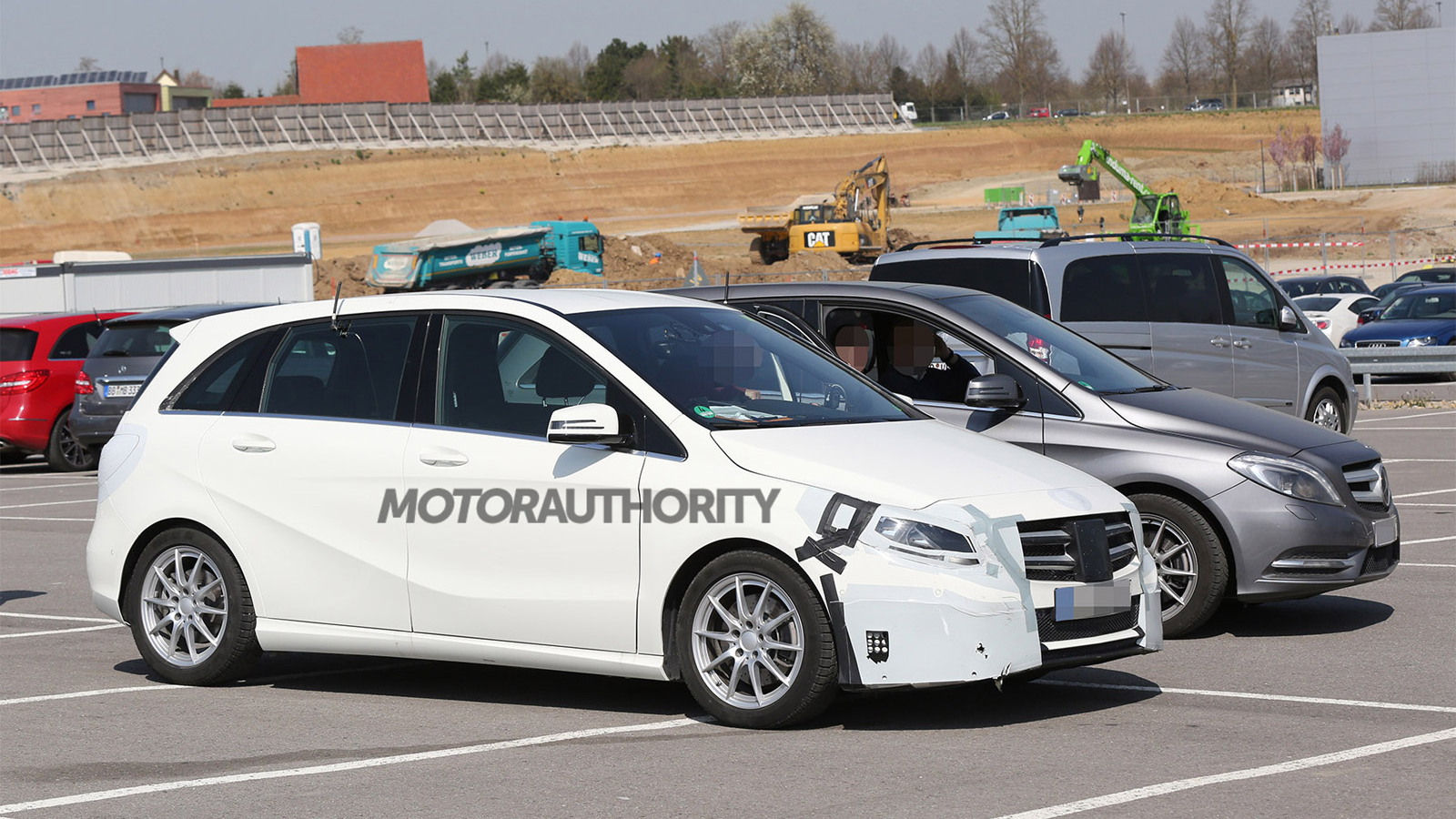 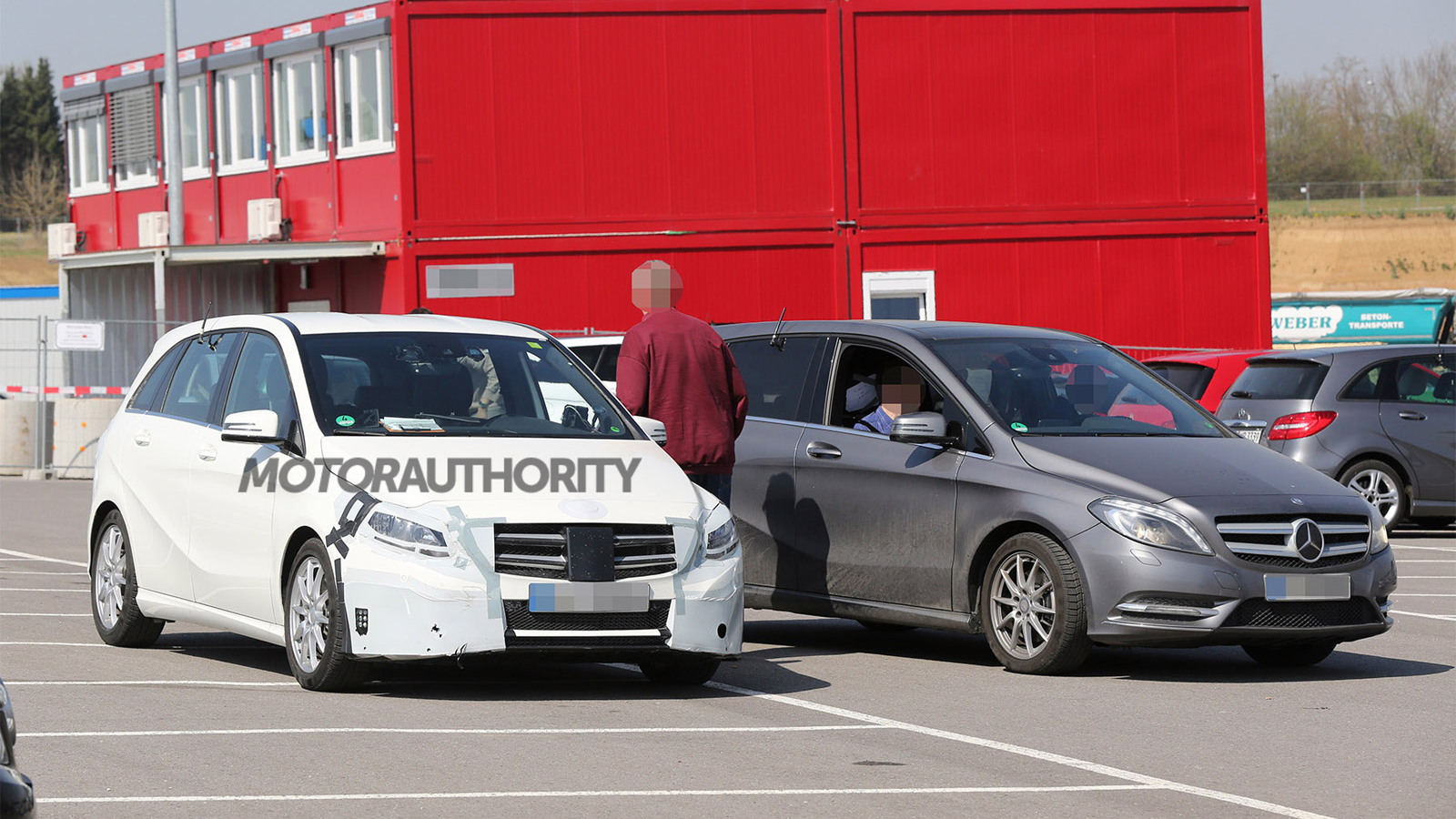 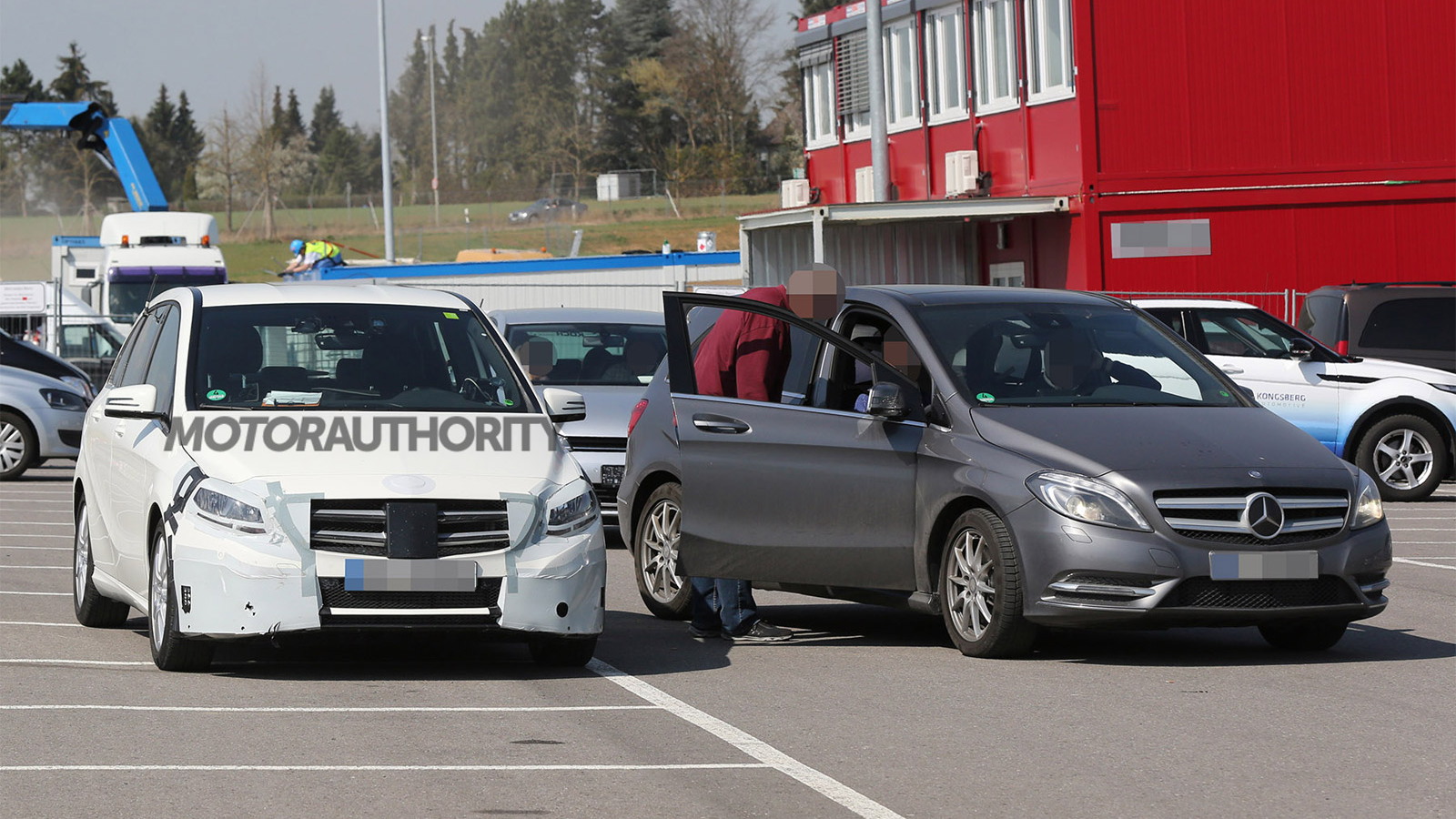 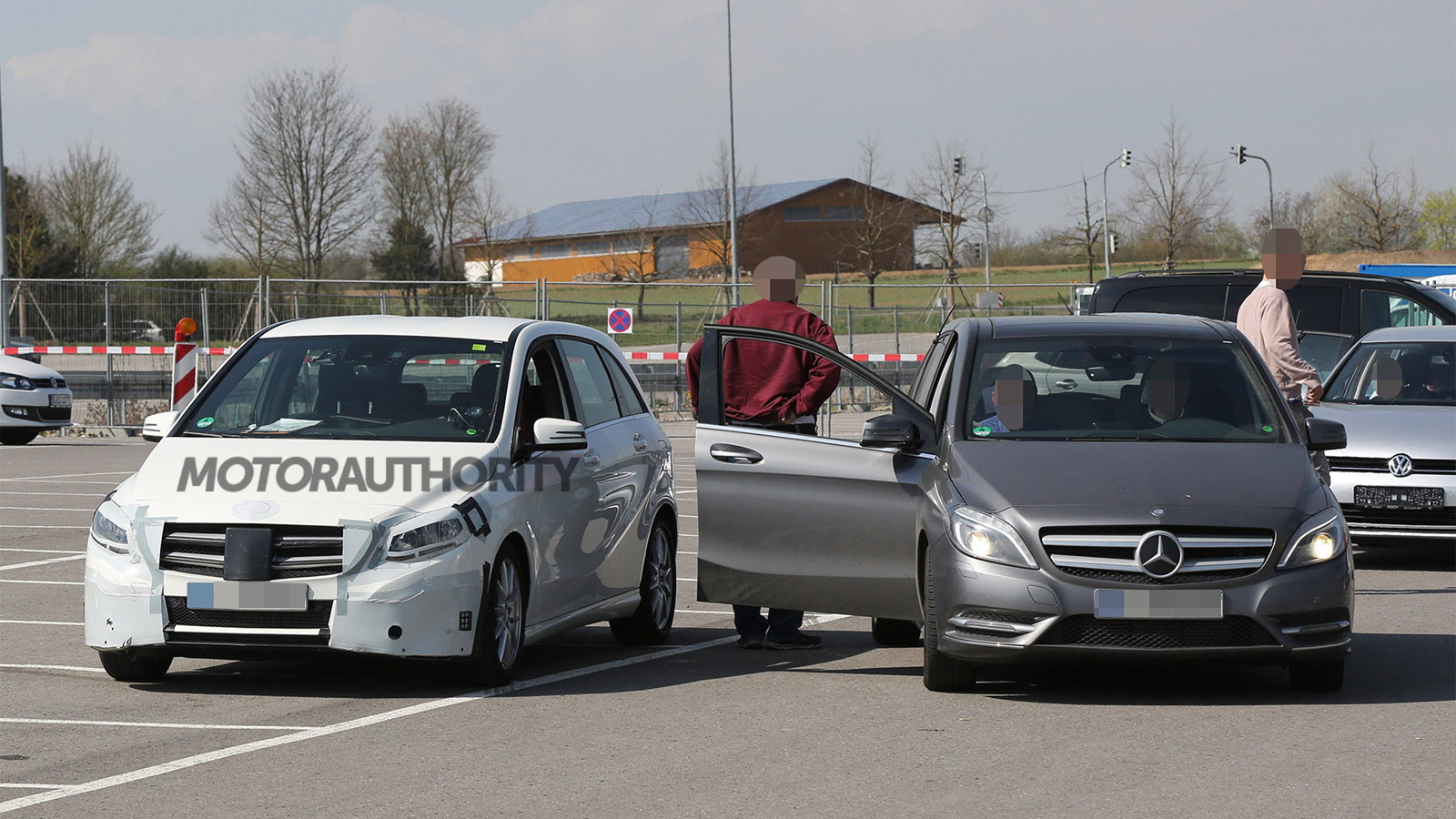 26
photos
The latest version of Mercedes-Benz’s B-Class compact MPV recently reached the U.S. market, launching earlier in the year in electric guise only. Overseas, however, the car has been on sale since 2011 so it’s soon due for its mid-cycle refresh. Right on cue, prototypes for a facelifted B-Class have been spotted.

Since the current model, the second generation of the compact MPV, already comes packed with a decent bit of kit, including dual-clutch transmissions, alternative powertrains and an advanced user interface, we suspect there will be few major upgrades on this model.

For the exterior, look for a new grille and bumper combo, with styling made similar to that seen on the rest of the Mercedes range, particularly on the latest compact offerings such as the CLA and GLA. The headlights are also new and the rear diffuser and exhaust pipe design now matches that seen on Mercedes's latest models. Inside, look for only minor tweaks to the trim. There could be some new connectivity features and additional driver assistance packages, too.

Mercedes recently confirmed it was developing a new modular three-cylinder engine family, however, the arrival of this facelifted B-Class will likely be too soon for the debut of the engines. Instead, expect the current offerings to carry over. This means a variety of four-cylinder gasoline and diesel units, with output ranging from about 109 to 156 horsepower. The electric version sold in the U.S. comes with a 100-kilowatt (134-horsepower) rating and a driving range of about 115 miles.

The facelifted B-Class is expected to be revealed later this year or in early 2015.