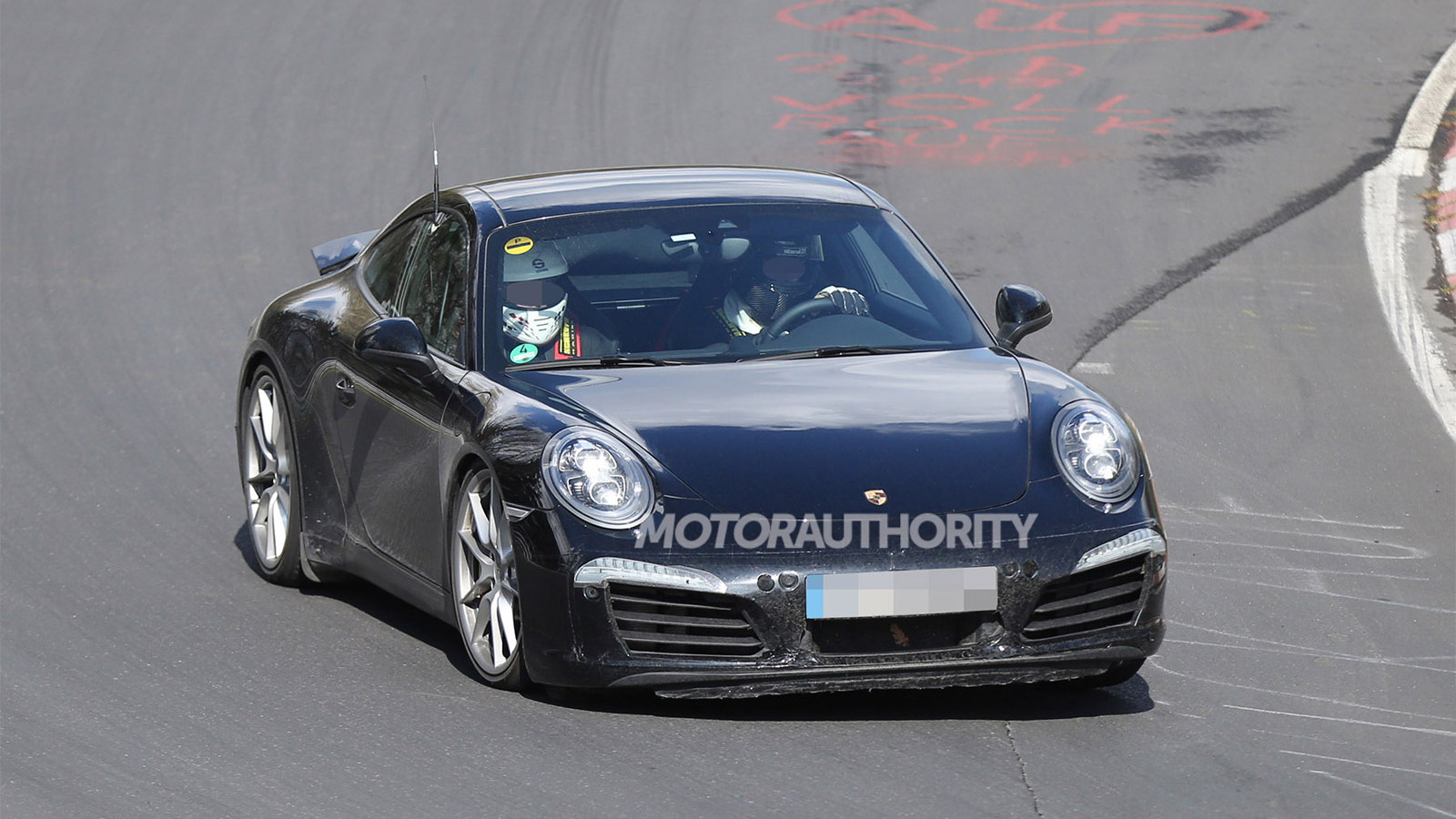 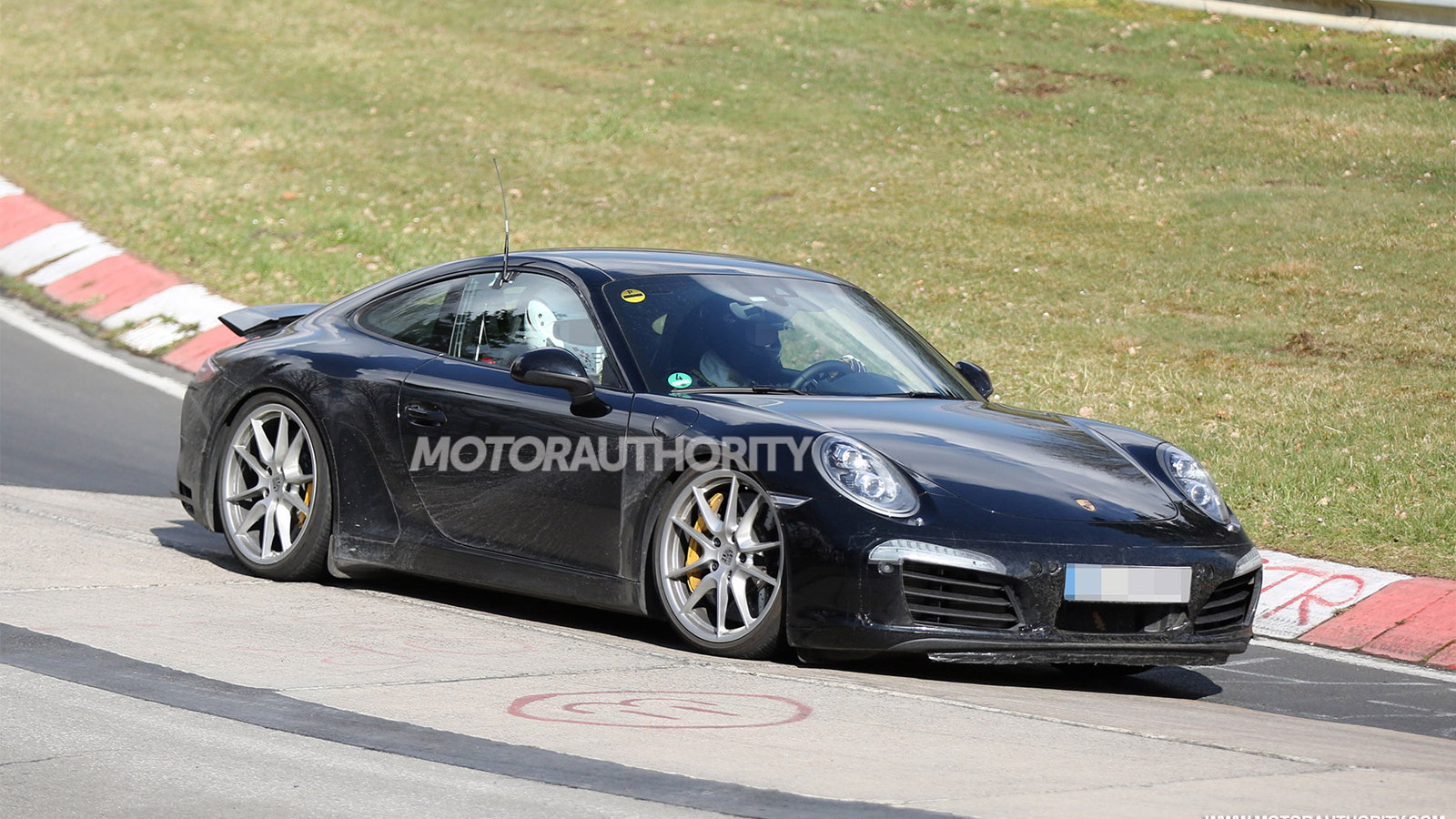 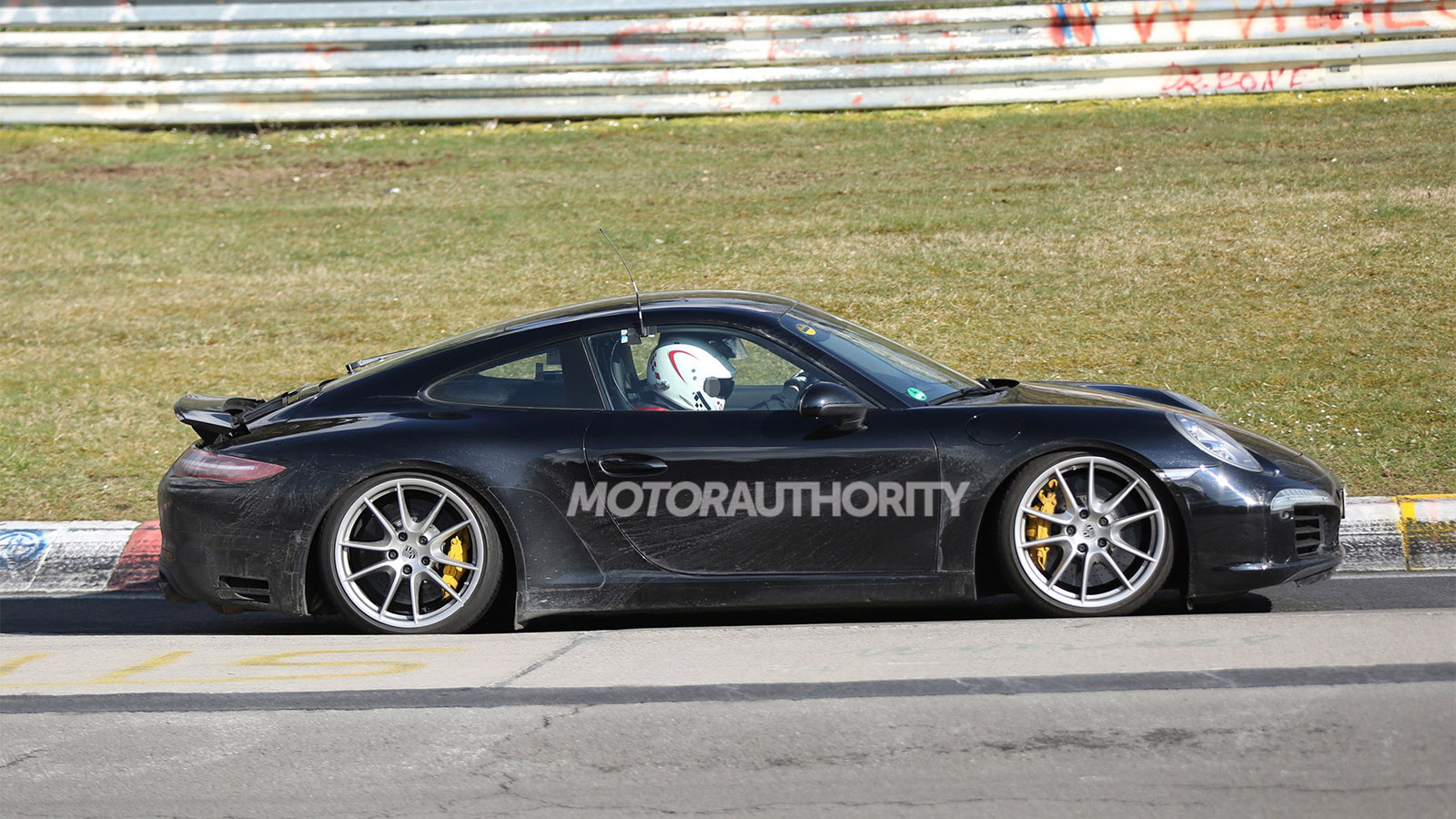 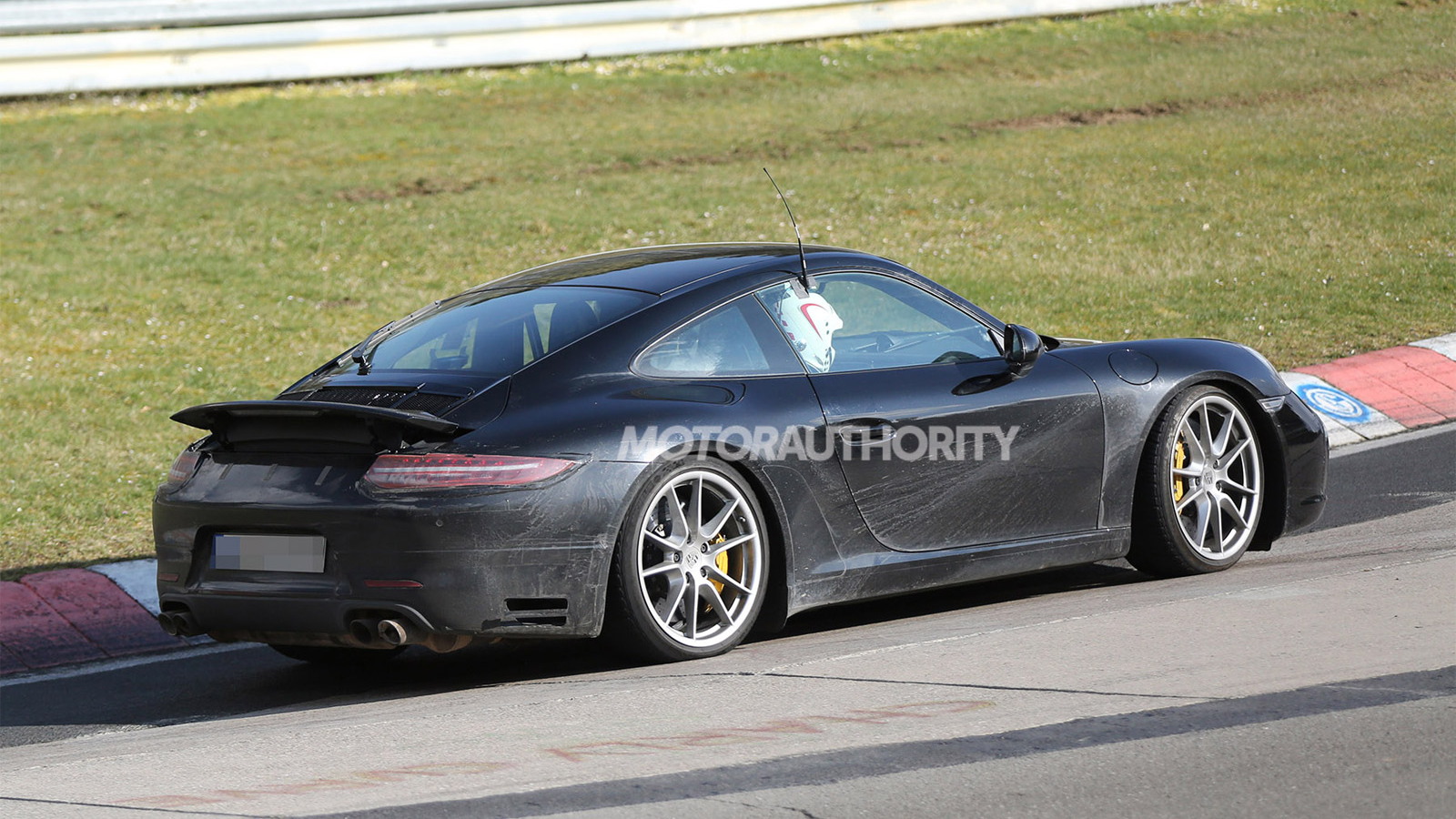 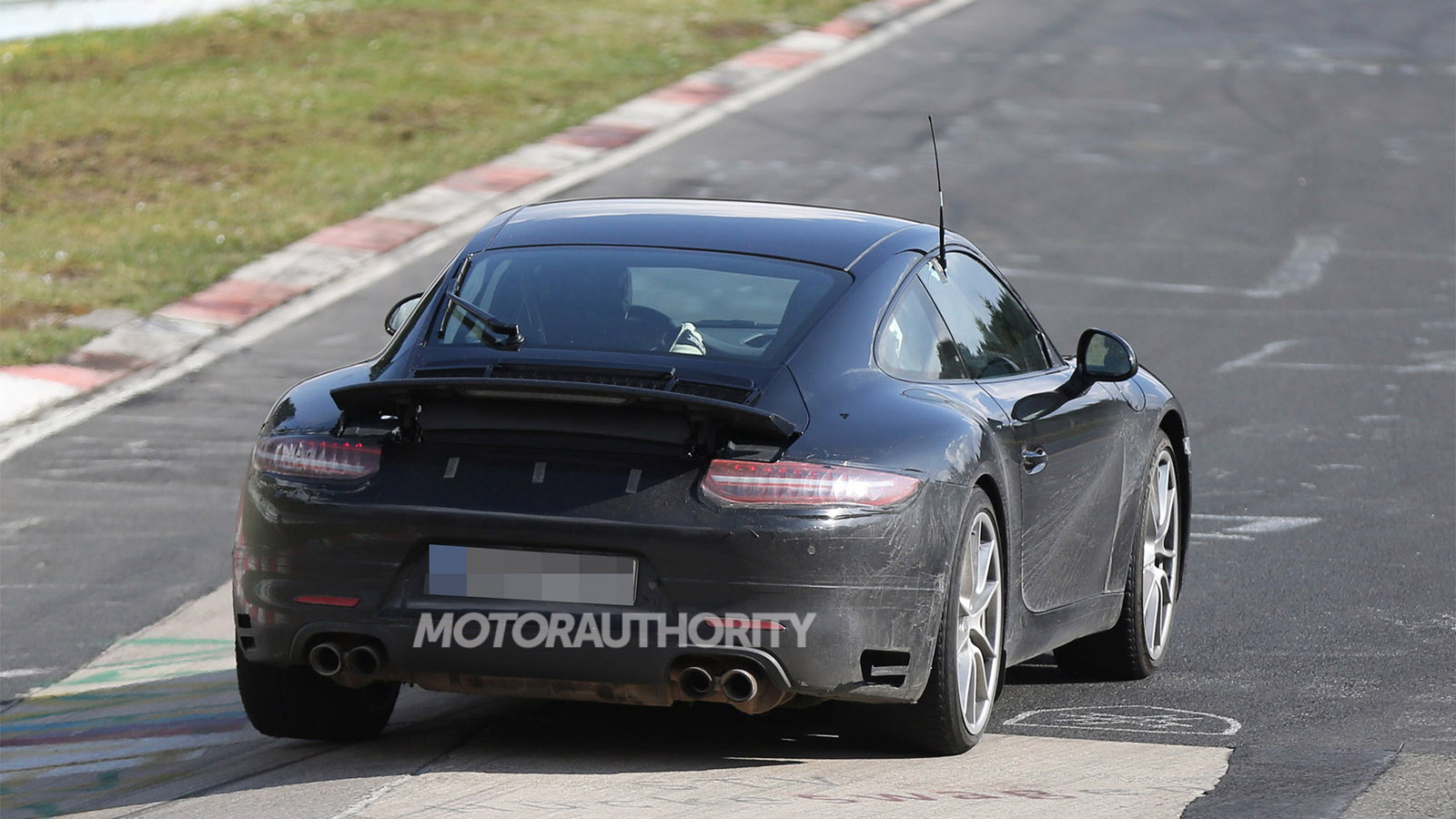 11
photos
Porsche is working on a mid-cycle facelift for its 911, and we have a number of prototypes for the Carrera and Carrera S models caught on video. The prototypes reveal that a number of minor styling changes will be introduced with this facelift, but our intel suggests there may be some powertrain updates too.

Looking at previous spy shots, at the rear of the prototypes we can see some new intakes; one at either side of the rear bumper. The existing Carrera and Carrera S don’t feature these, suggesting there may be some serious updates under the hood. The current Carrera has a 3.4-liter flat-six engine with 350 horsepower on tap. The Carrera S, meanwhile, gets a 3.8-liter flat-six engine with 400 horsepower.

The front of the prototypes is characterized by revised daytime running lights and new intakes in the bumper, possibly with an active grille shutter to help save fuel. We’ve also seen similar features on prototypes for the more potent 911 Turbo, confirming that the changes will affect other 911 models and not just the basic Carrera models.