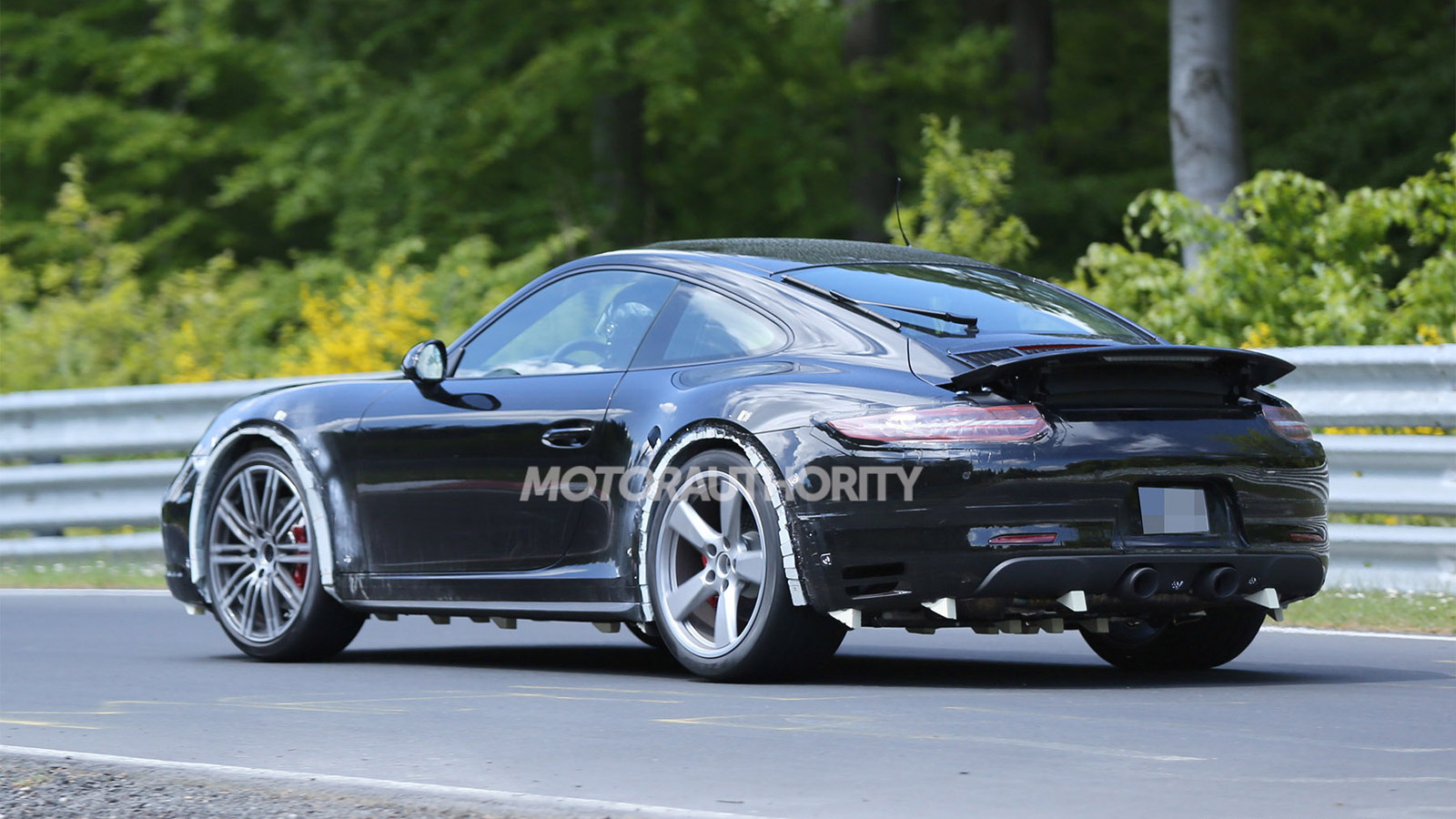 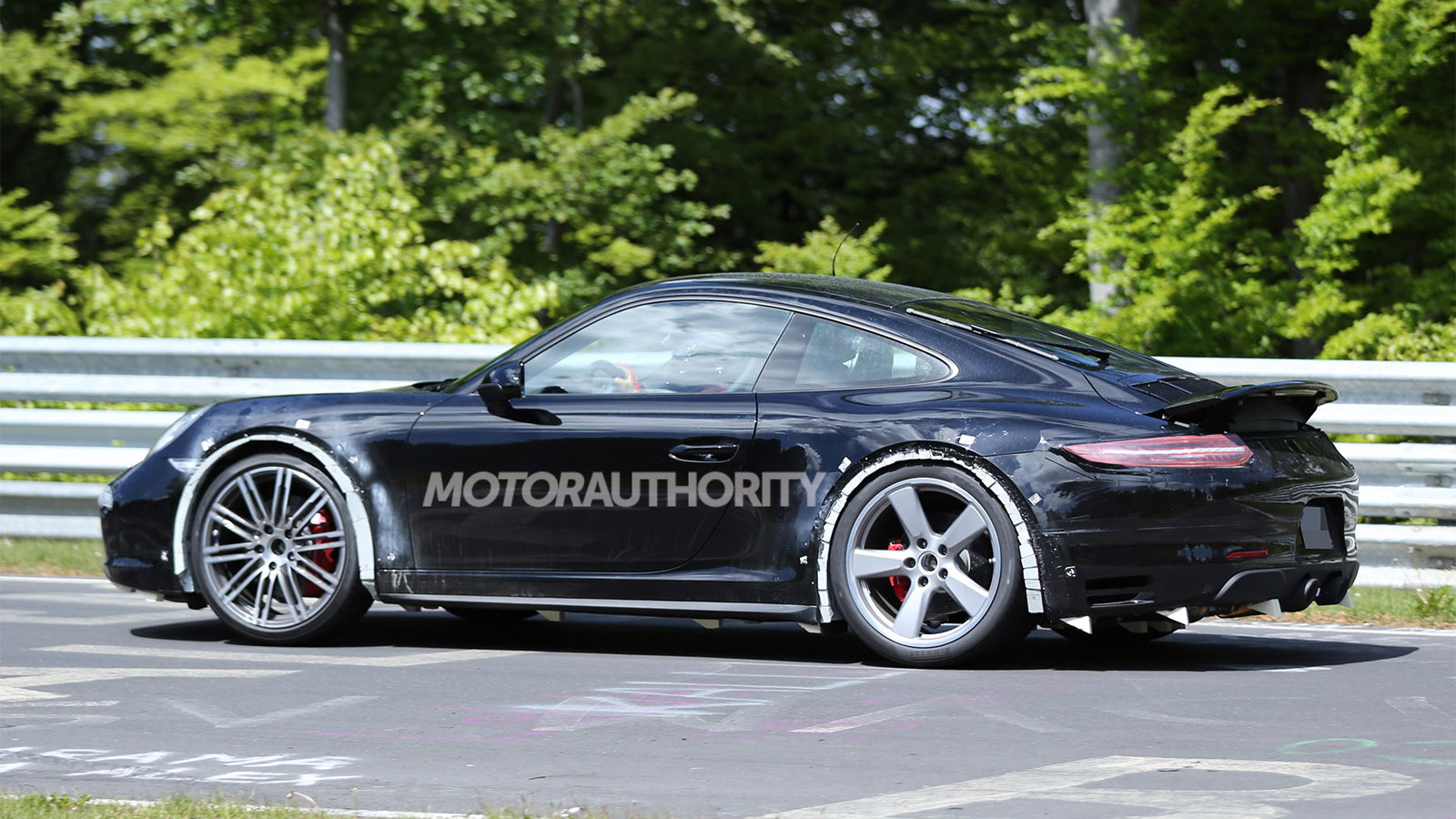 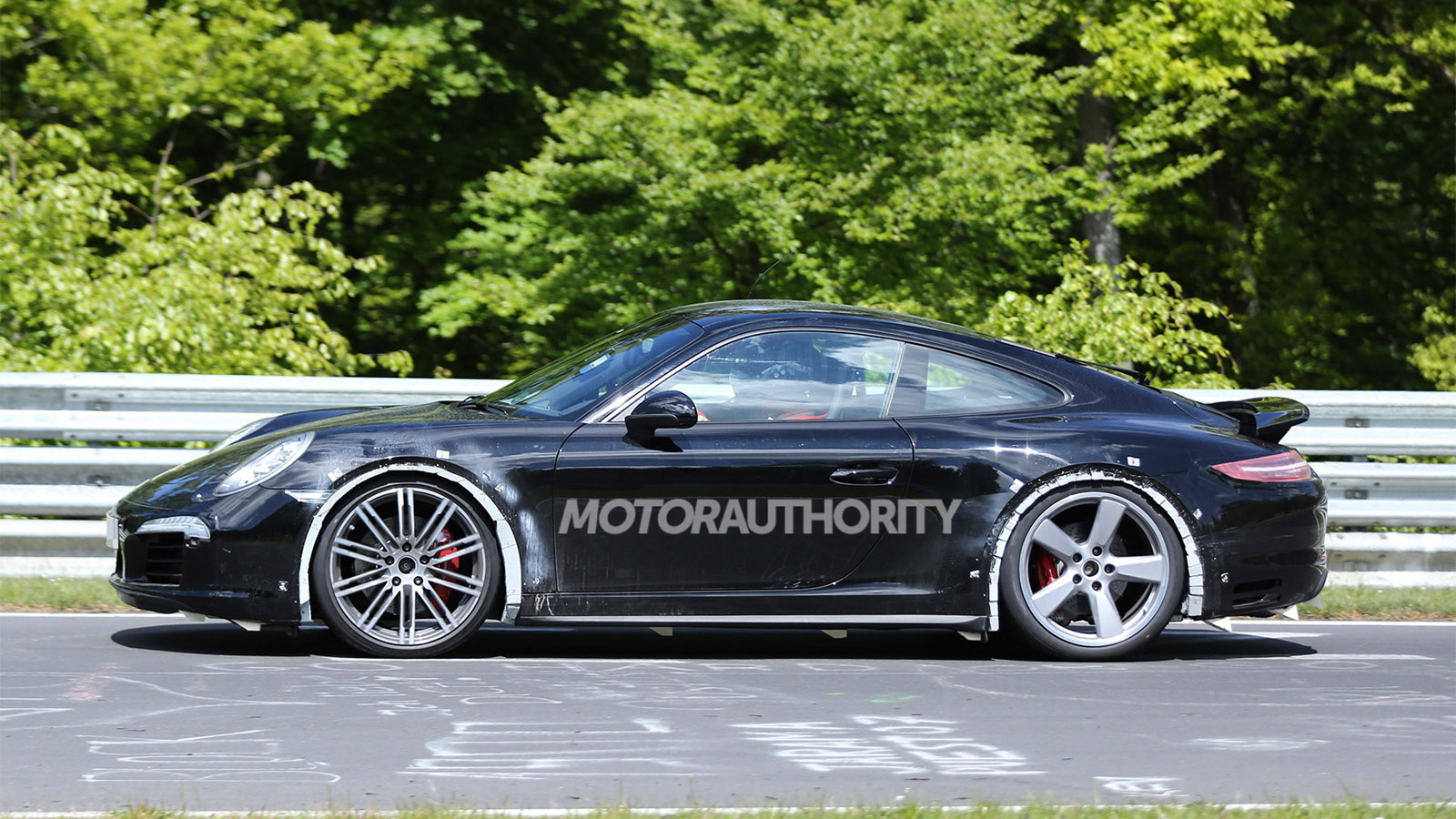 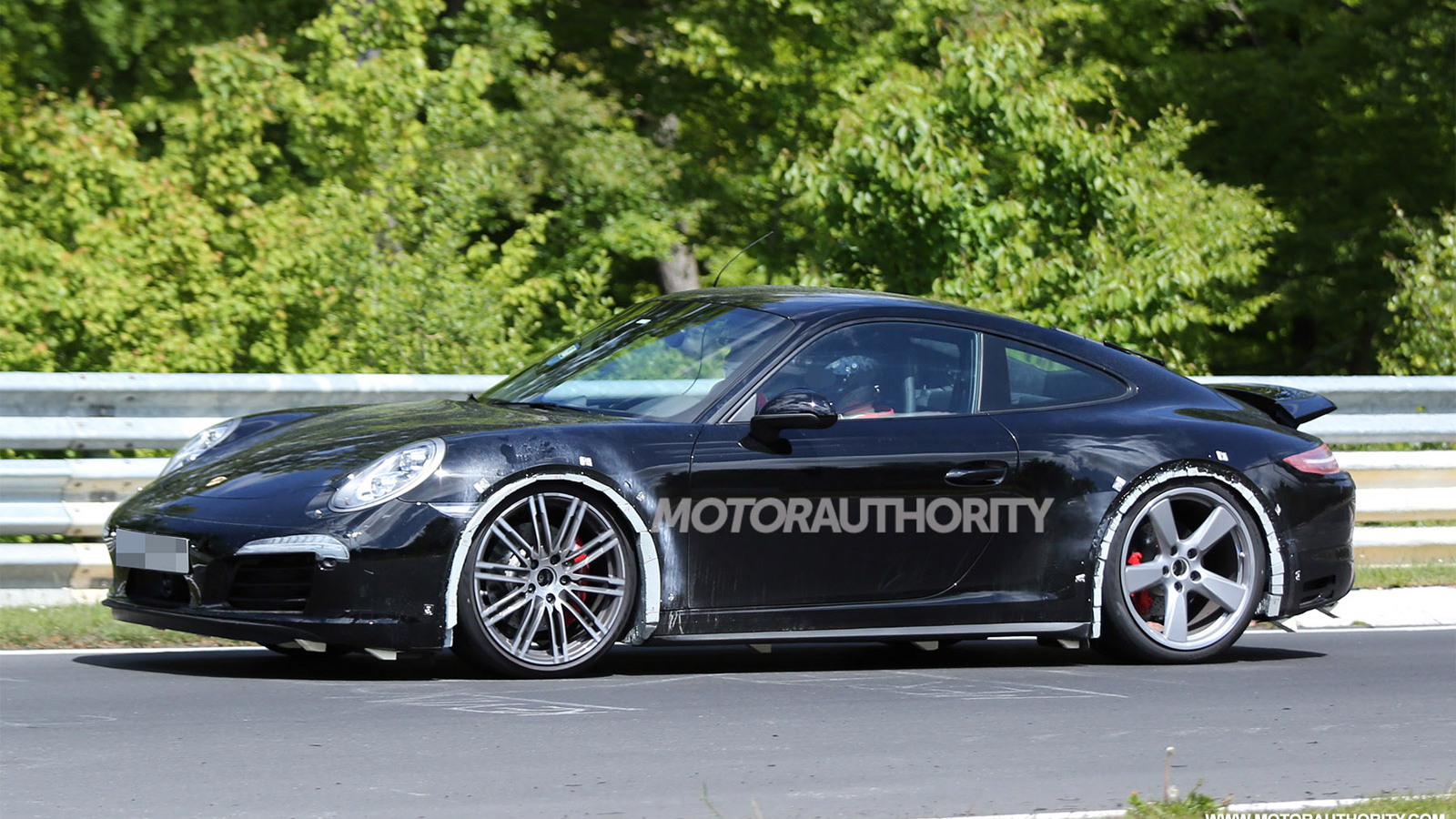 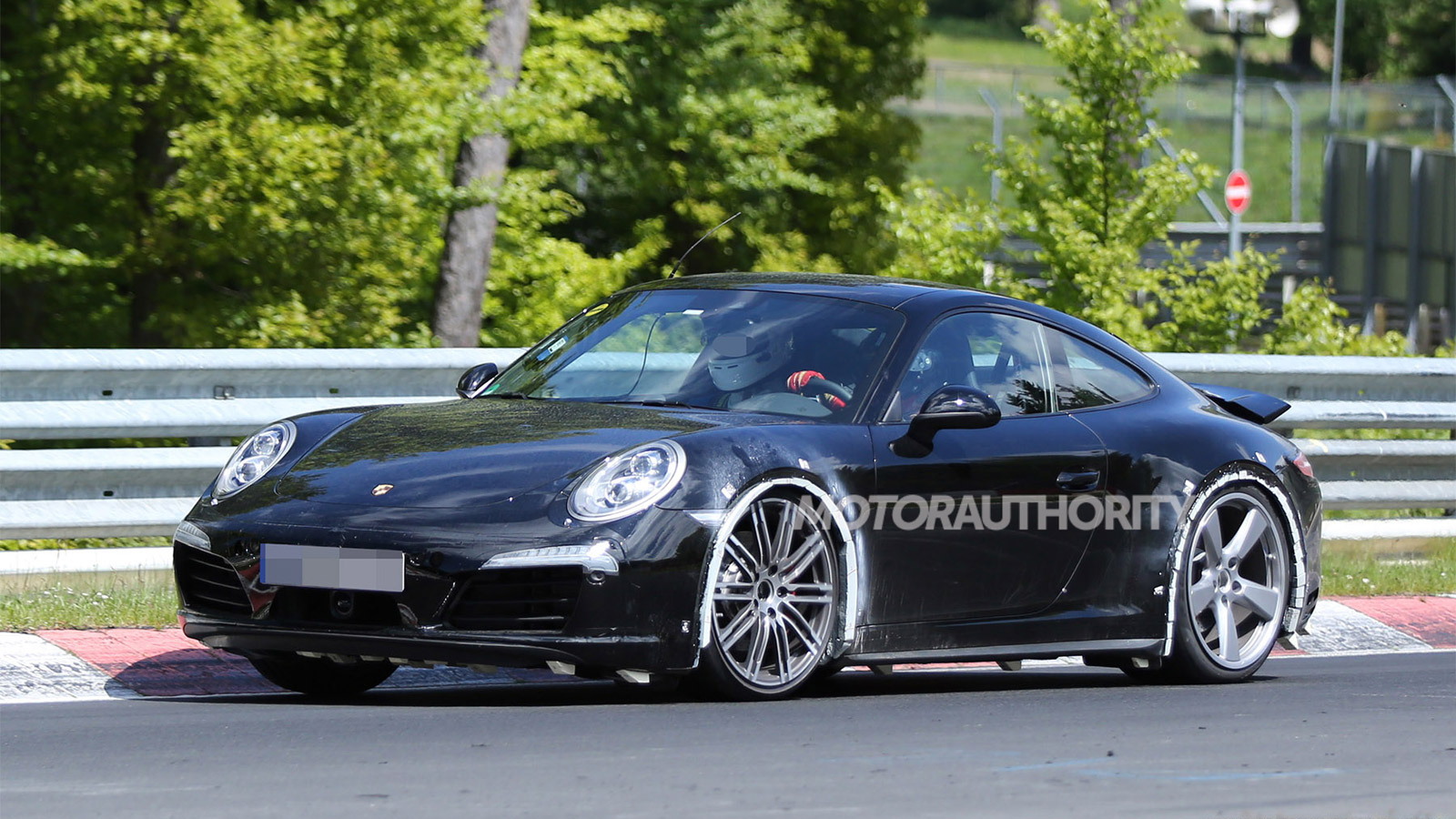 26
photos
These are the latest spy shots of the upcoming GTS version of the current Type-991 Porsche 911 Carrera. The previous Carrera GTS was launched in 2010 and proved so popular Porsche launched more GTS models based on the Cayenne and Panamera, and most recently the Boxster and Cayman.

Porsche’s GTS models are aimed at buyers after something sportier than the regular Carrera S models but aren’t looking for something as hardcore as a GT3 or Turbo. The previous Carrera GTS came with more power than the regular Carrera as well as improved aerodynamics and the wider body of the Carrera 4 model, and we expect the new 991-based model to feature similar upgrades.

The current Carrera S is packing 400 horsepower, so expect a slight increase to around the 425-horsepower mark for the Carrera GTS. Porsche’s seven-speed manual transmission should be standard, with the seven-speed PDK dual-clutch unit remaining an option. Expect stiffer suspension too, along with extra kit in the cabin and special badging. Buyers should also have the option of all-wheel drive.

Porsche is also working on a mid-cycle update for the Carrera and some of the updates will be featured on the Carrera GTS, like revised tail-lights and new bumpers. Unique to the Carrera GTS, however, are the dual exhaust tips located close to the center of the rear bumper. The regular Carrera has the exhaust tips at the outer edges of the bumper.

The new Carrera GTS is expected to debut later this year, likely at the Paris Auto Show in October or Los Angeles Auto Show the following month. A convertible is also planned.

Stay tuned for updates as development progresses, but in the meantime read our first drive report on the previous Carrera GTS.